We’ve featured a few Evo’s on FOM but nothing of this caliber. As it stands we already consider the Mitsubishi Evolution to be one of, if not the best swiss-army knife cars on the market (with its close competitor, the STi) but nothing screams Mitsubishi like the almighty 4g63. Sure the new 4B11 is impressive as hell but you really can’t compare it in the same light as the 4g63 due to its many accolades, race history, longevity and pure raw engine power. These reasons alone were enough to push this cars owner into getting his hands on a 4g63 and he doesn’t regret a single thing. 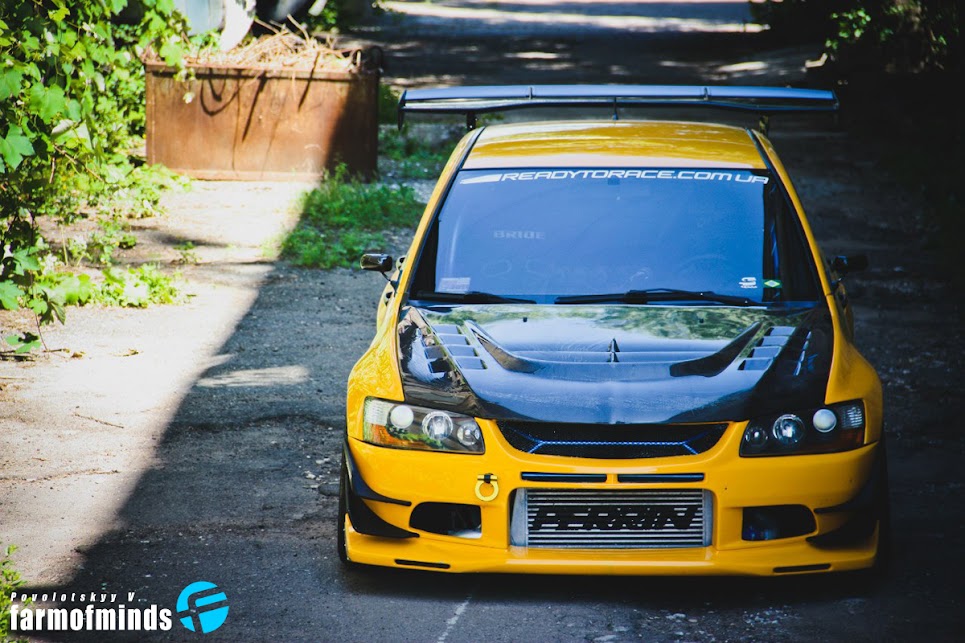 This Evo VIII belongs to a loyal FOM reader and race enthusiasts Denis Glava from Odessa Ukraine and it’s anything but your normal Evo. Modified up the ying-yang, this Evo has it all. When we asked Denis why he enjoyed modifying his car he replied with: “I just enjoy driving her and of course I like to test the latest tuning purchases on her.” He wasn’t kidding. 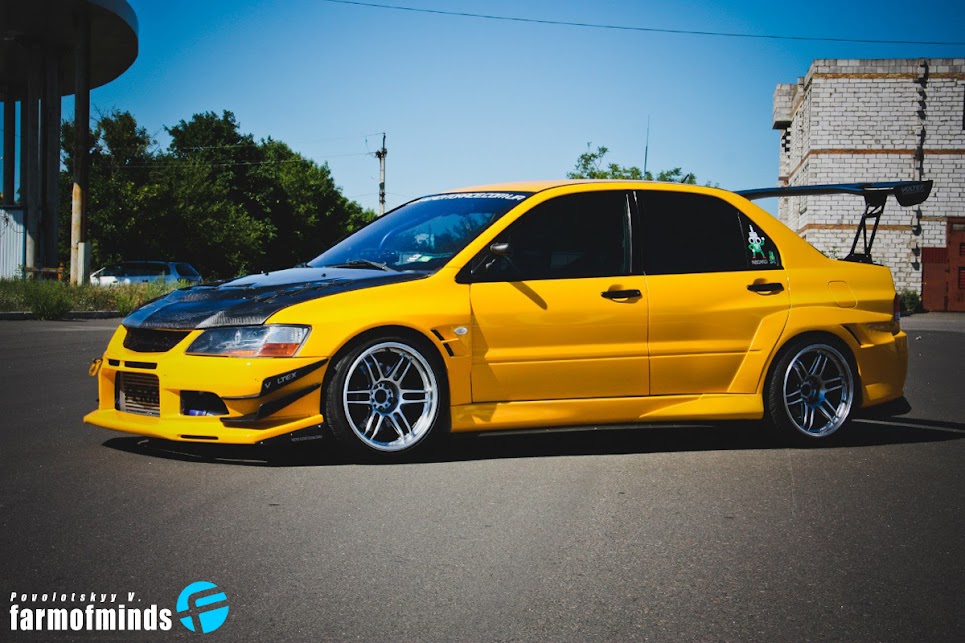 We can see why he’d enjoy driving his car considering it’s race car look (thanks to a complete Voltex body kit) but more importantly because of the power numbers it puts out. Four hundred and fifty brake horsepower and five hundred and thirty foot pounds of torque. Yes, you read that correctly. 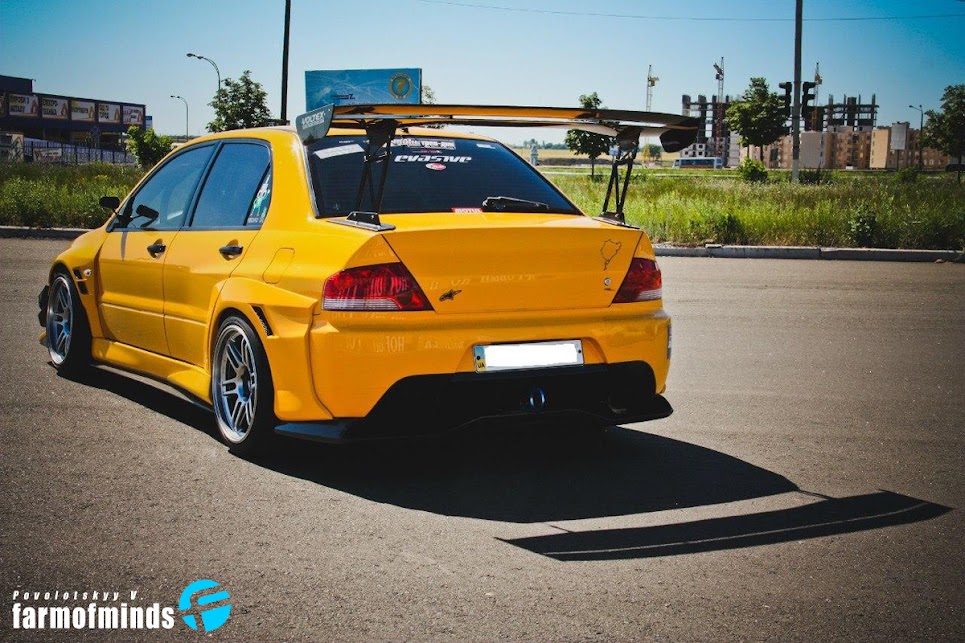 Why would one want that much power in an Evo? Well, why the hell not! Mr. Glava wrote to us in our interview “…it’s easy in exploitation, easy to tune it. It’s like Lego for adults!” We couldn’t have said it better, the Evo really is like Lego. With the almighty 4g63, there’s just about anything you can do with it with parts from almost every company and in good supply we might add too, support for this engine and this car are from over. If you’re somebody of Mr. Glava’s stature and you can play with adult Lego then power to you! 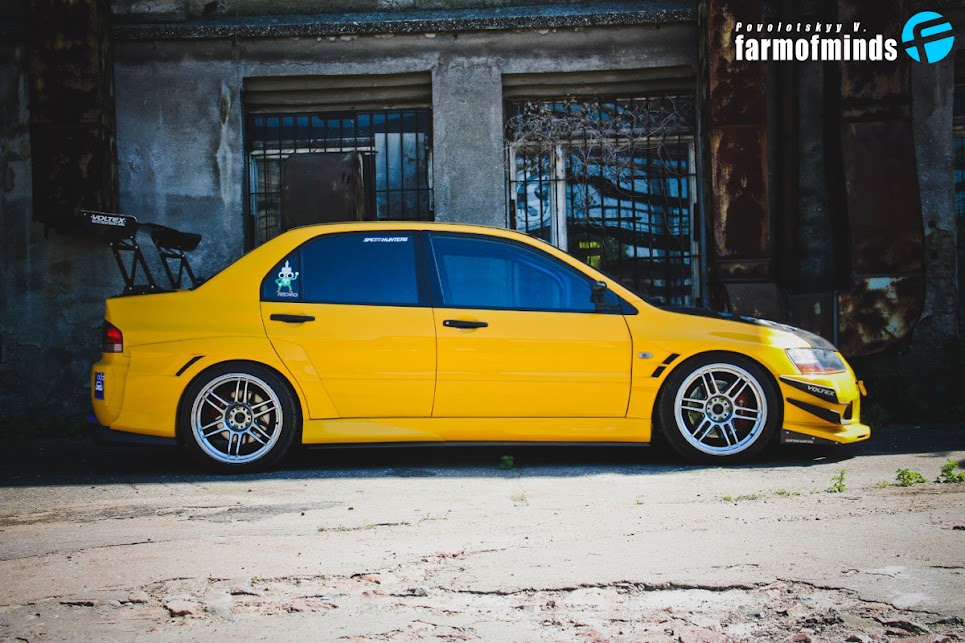 At the end of the day he has purposely built his Evo for time attack and circuit racing in mind and where he lacks in handling (notorious for understeer) he makes up for it in sheer power. That said this Voltex Evo VIII still has a lot of suspension work done to it including Energy Suspension polyurethane bushings, Tein Monoflex coilovers, Cusco and Perrin sway bars new front and rear LSD’s as well. Like we said this is a purpose built race car, not your average Evo. Be sure to check out the parts list down below! 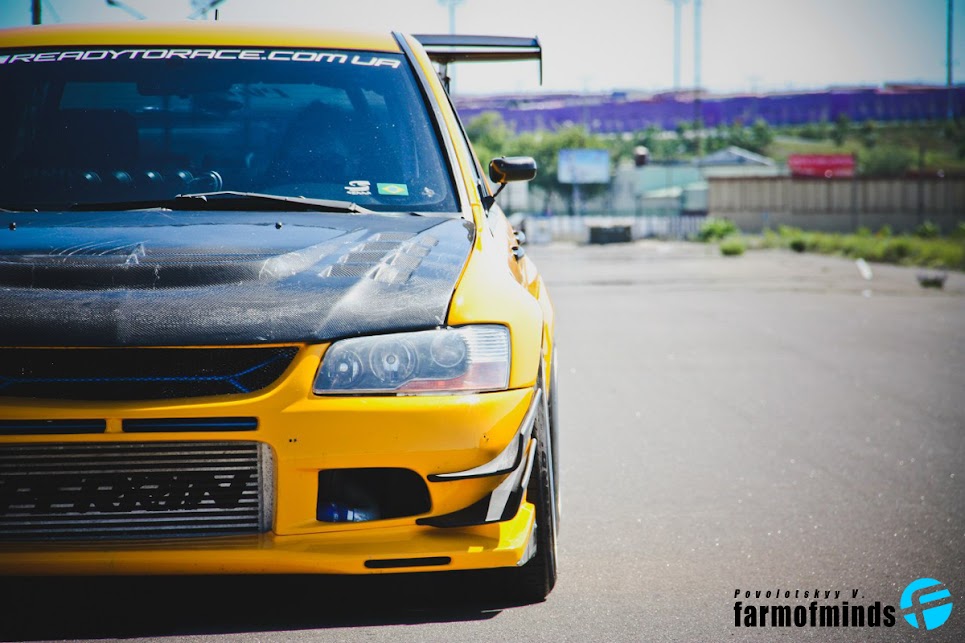 Denis plans to continue modifying his pride and joy in hopes of competing with the Cyber Engineering Evo team in Ukraine at time attack. More importantly, so that he can continue enjoying driving the car that he loves most.

Happy birthday Denis, thanks for being a loyal reader! We can’t wait to see what’s next! 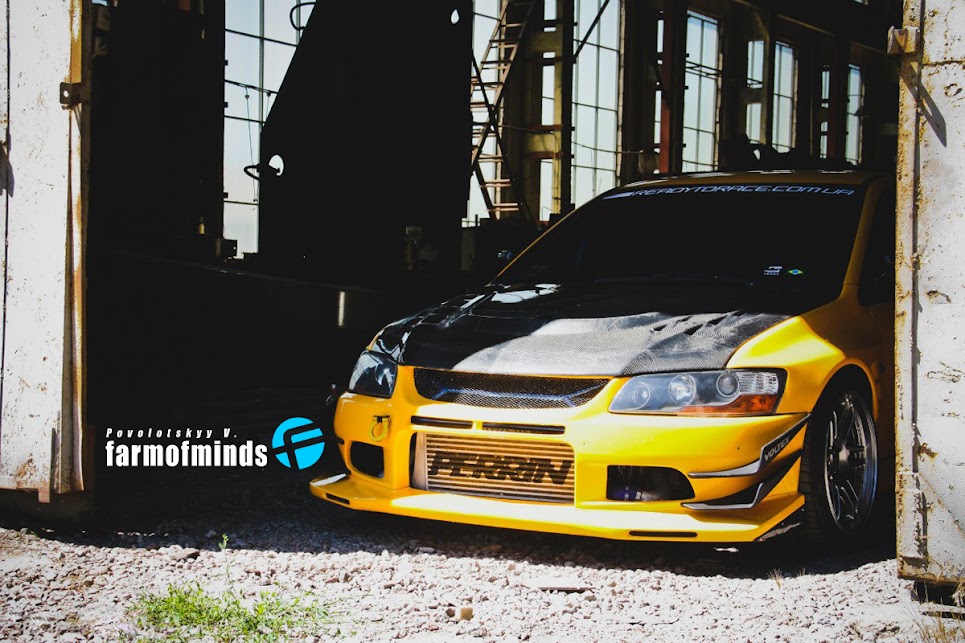 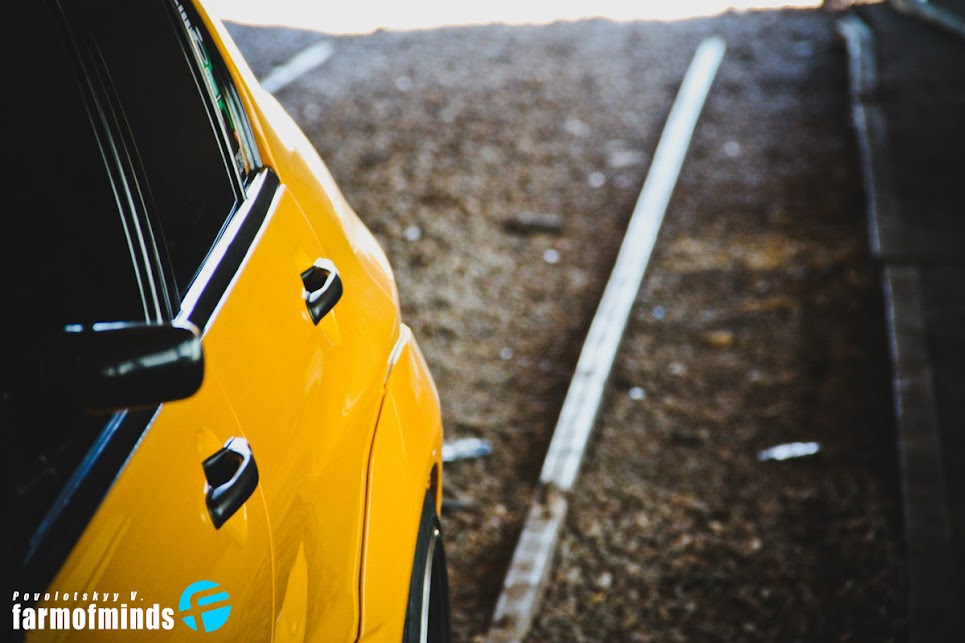 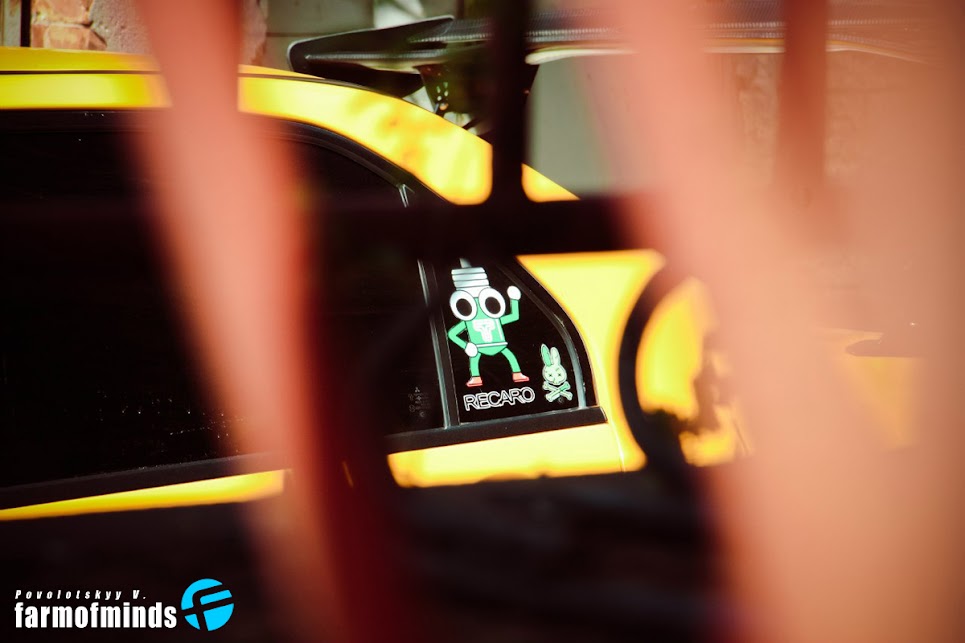 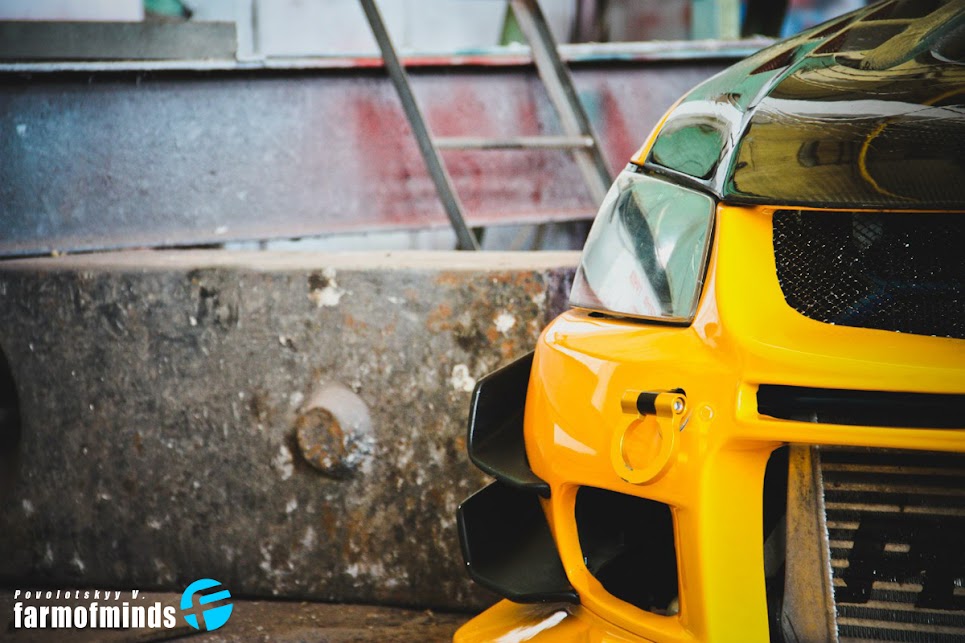 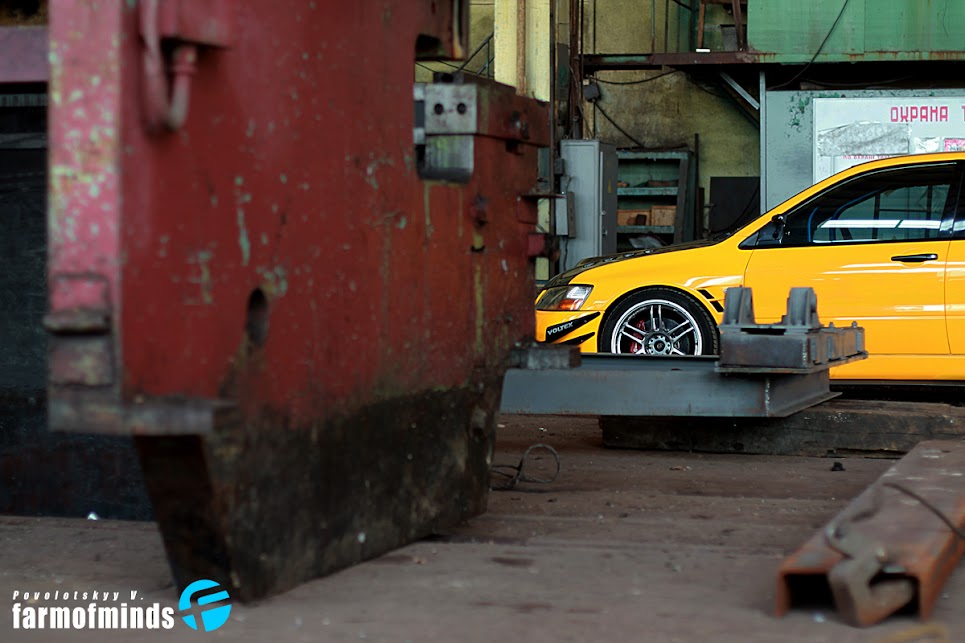 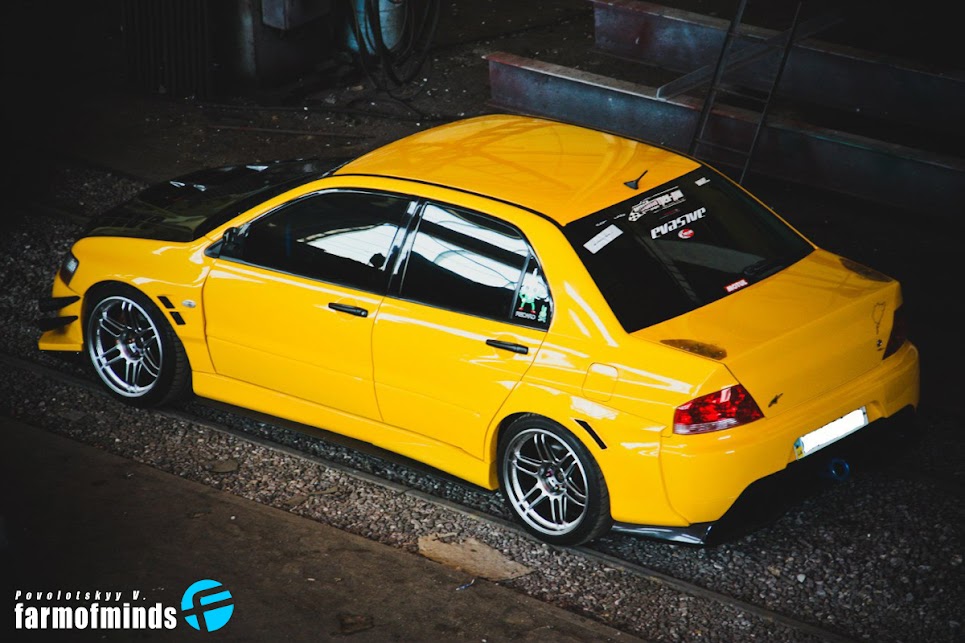 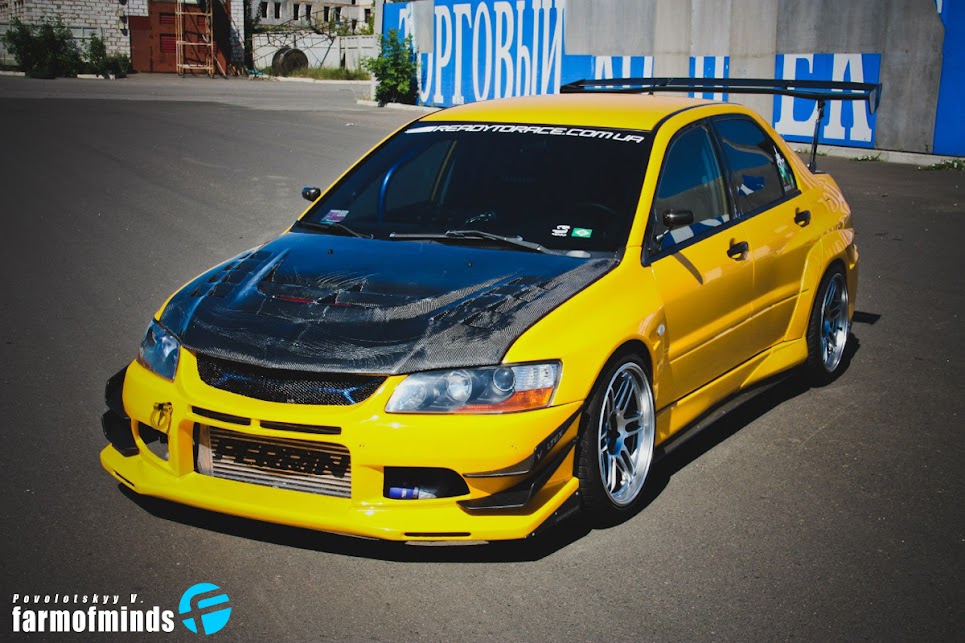 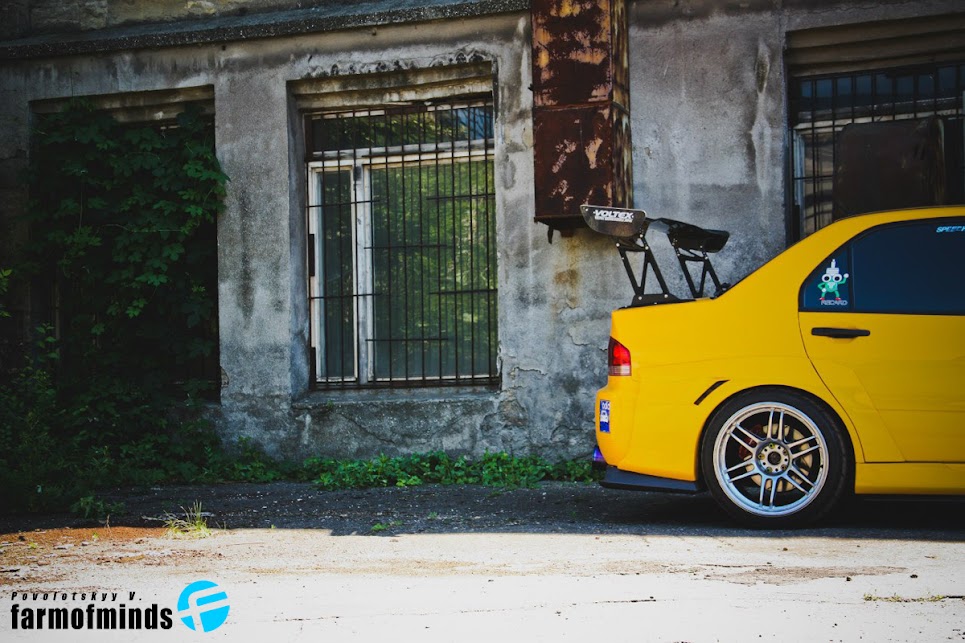 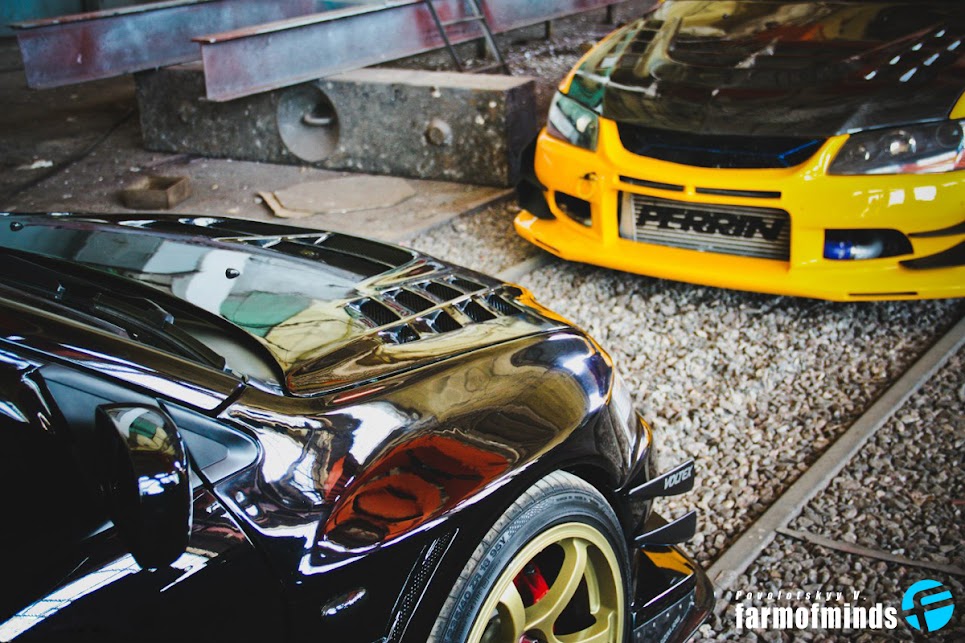 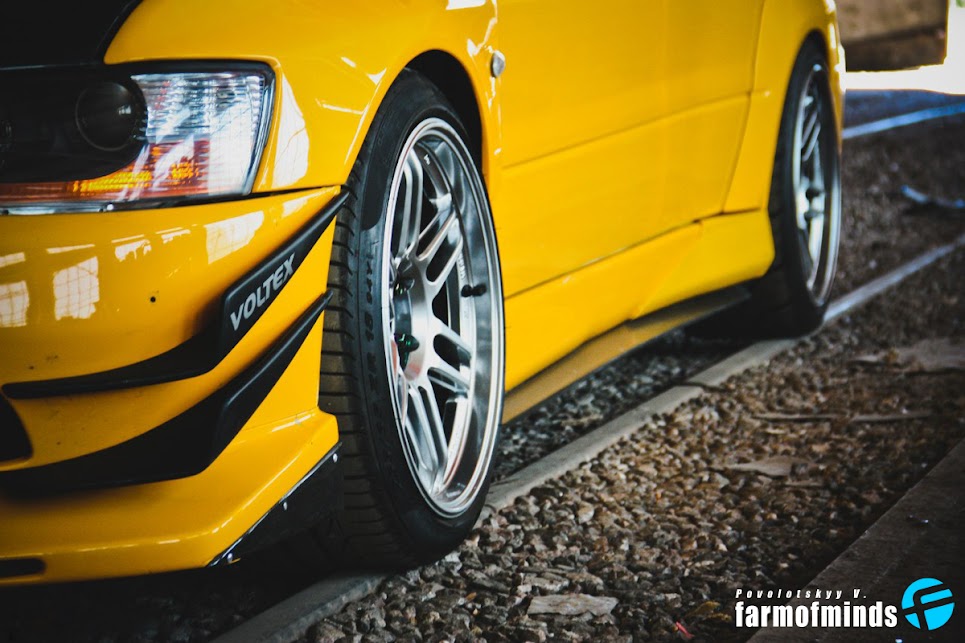 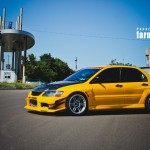