The Mitsubishi Evo, one of the few Swiss army knife-like cars out there today; the ultimate daily drive. It’s no surprise to see a surplus of awesome Evo’s everywhere around the internet, however it is even more appealing when one of those Evo owners is a FOM reader, that makes it twice as cool for us. 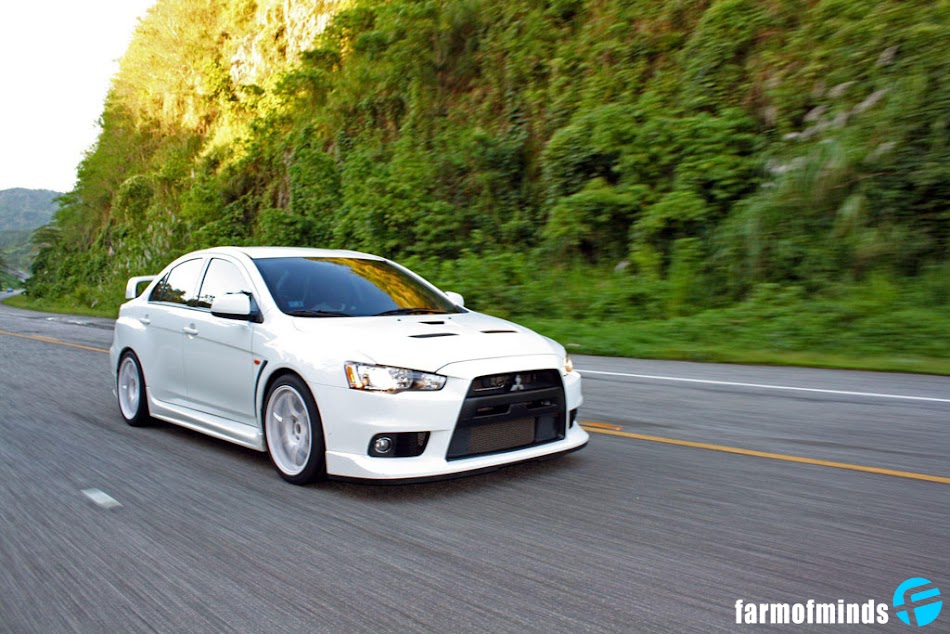 This Wicked White Evo can be seen tearing up the streets of Puerto Rico sitting on it’s Hankook Evo V12 Tires matted to a set of Gram Lights 57D Ceramic White wheels, a highly practical and great looking choice. 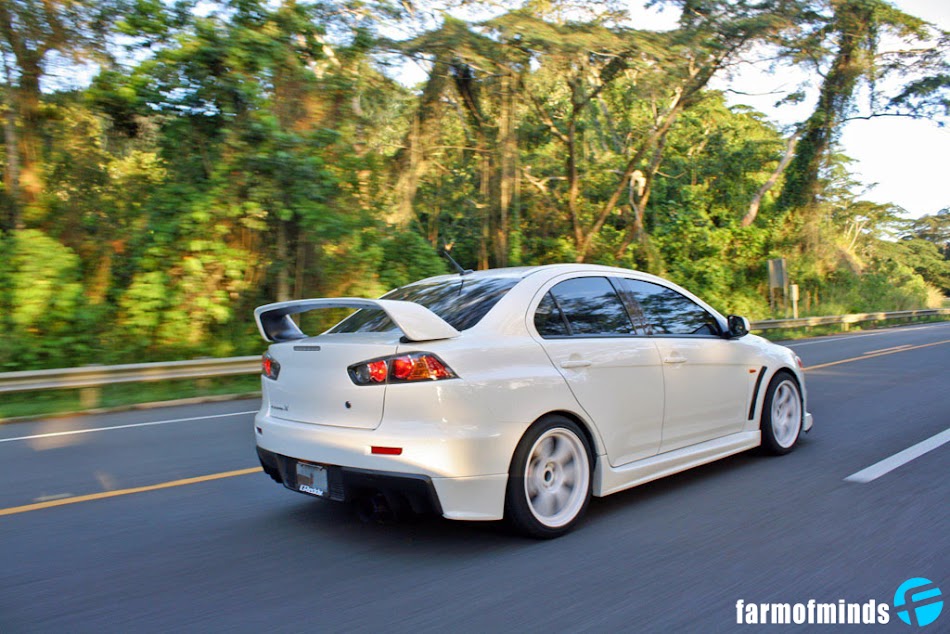 In the aesthetics department, this Evo mirrors the ways of its country: suave and sexy. Not too much flash yet enough to be noticed and as far as we’re concerned, it’s been well done. The aero kit maintains the flow of the original lines quite well. Then it’s topped off with some Rexpeed Carbon Fiber Pillar Trims and a drop on Eibach Pro Kit Lowering Springs to finish off the look. 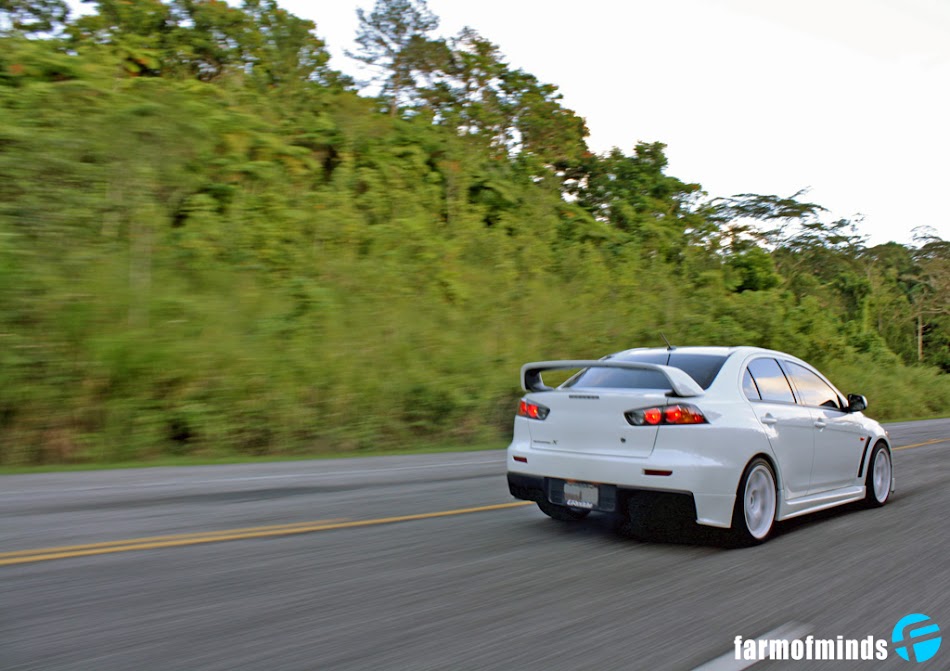 Evo’s normally pack a bunch right off the lot and for some stock power is more than adequate, however this Evo wanted to make sure it’s noticed coming with it’s full turboback exhaust comprising of a Ultimate Racing Downpipe and GReddy Ti-C Exhaust. 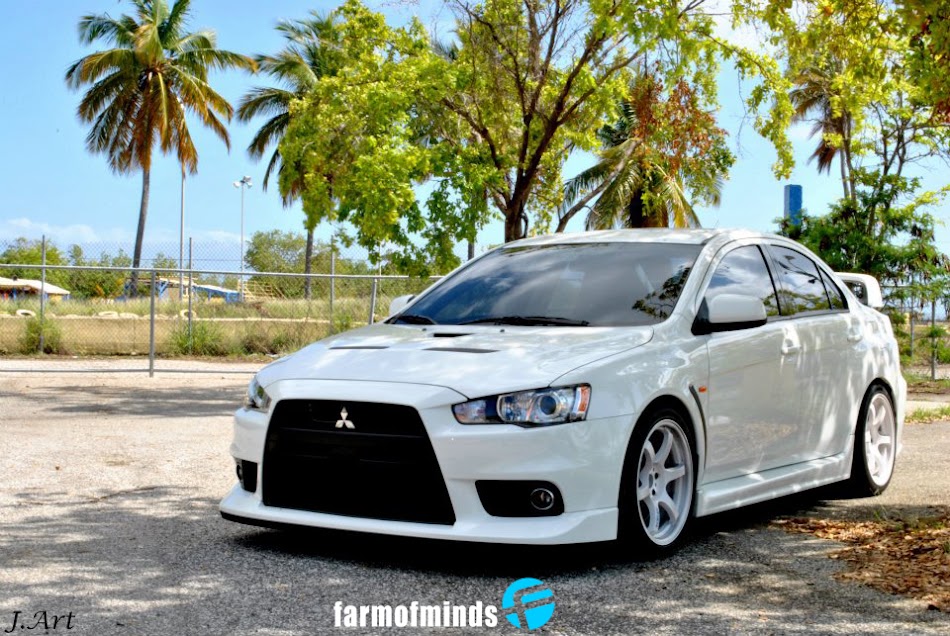 In the bay, you’ll find a Ultimate racing upper inter cooler piping flowing over the almighty 4B11 and an upgraded HKS Super Hybrid Filter for easier and quicker breathing. 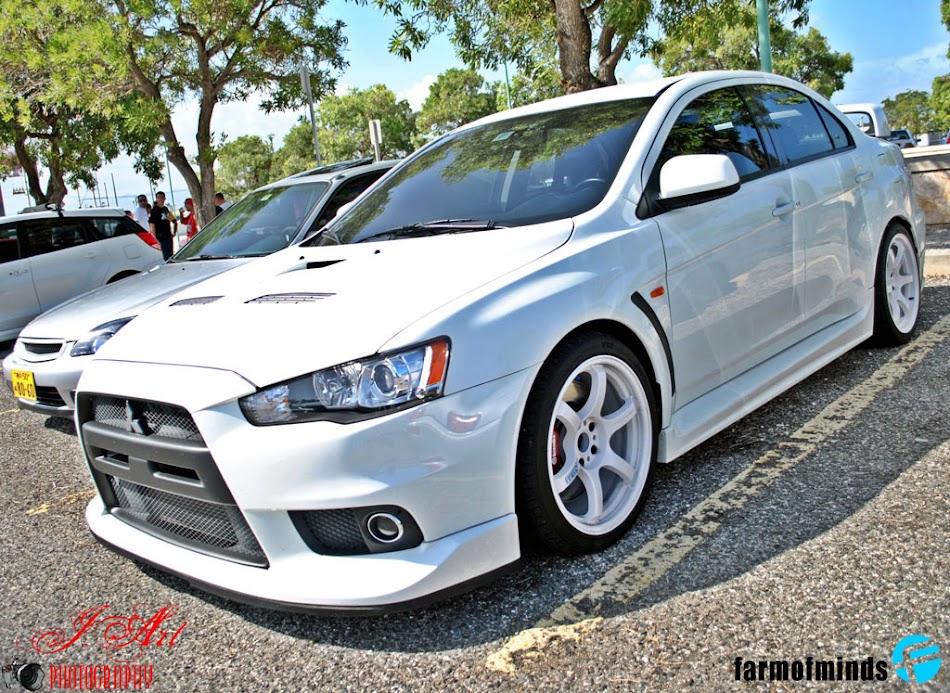 At the end of the day, this Evo really is an ultimate daily drive with its balance of looks, power and practicality. The set of mods might not be extensive but they are more than enough to edge out most competition while maintaining reliability and practicality. As a result, we’d be happy to be seen rolling any day in this machine. 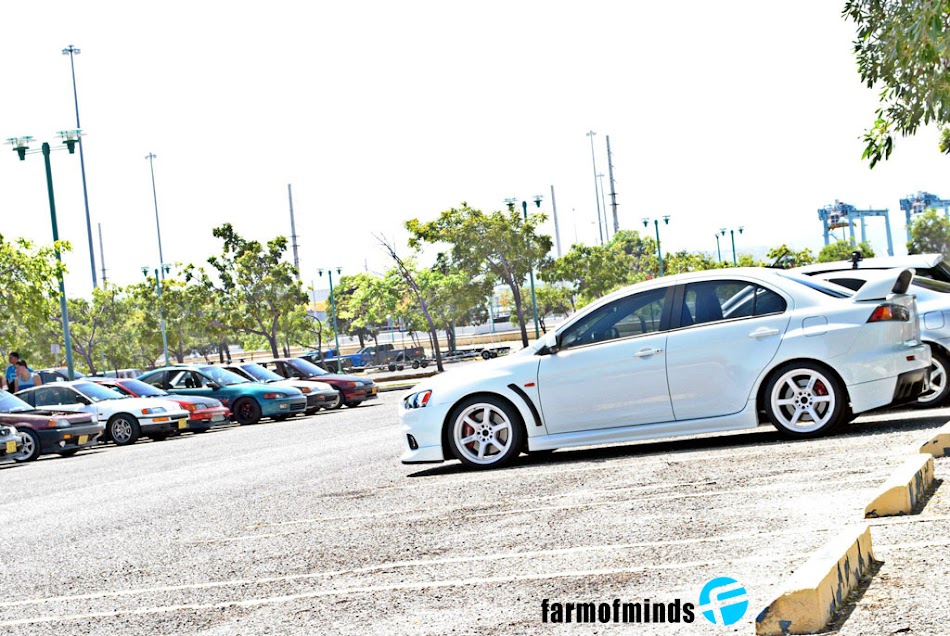