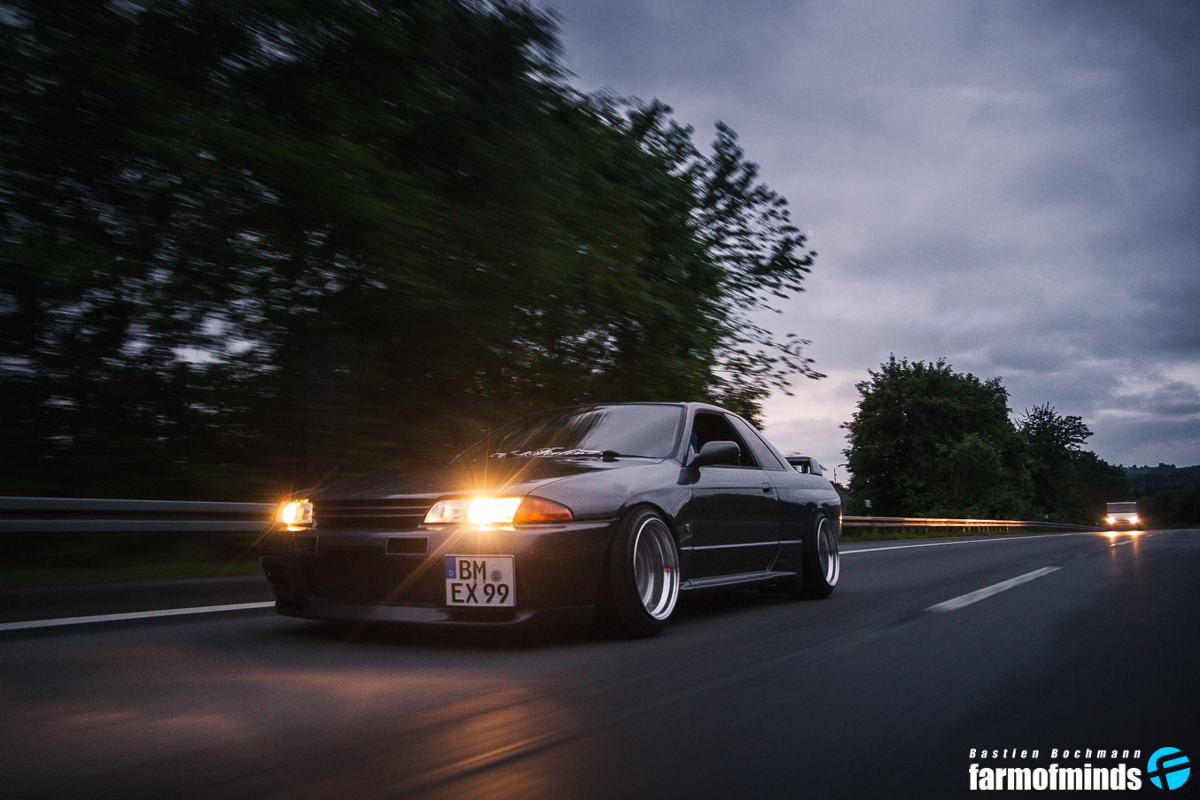 I’ve now been posting for farmofminds a couple of months so we figured it was time to introduce my very own project. Ever since I’m 18 I’ve had nothing but Japanese cars, having moved around Europe a lot and spending 2 years living in Ireland I slipped deeply into the JDM scene picking up my first turbo-powered ride, an Evo IX. Back on mainland Europe I decided it was time to go for something with more “character”. My mind was already very much set, I had to pick up a R32 GTR. Half a year later I found the ideal candidate and didn’t hesitate to purchase it.

Being very often at home in Germany and working in France, whenever I drive around it is interesting to see how few people actually know this model of the Skylines. It doesn’t bother me though as the feedback is usually positive, besides my reasons for having this model are due to their rich history and I felt that I could create aesthetically something that is not as frequently seen, while also being able to drive it real hard. 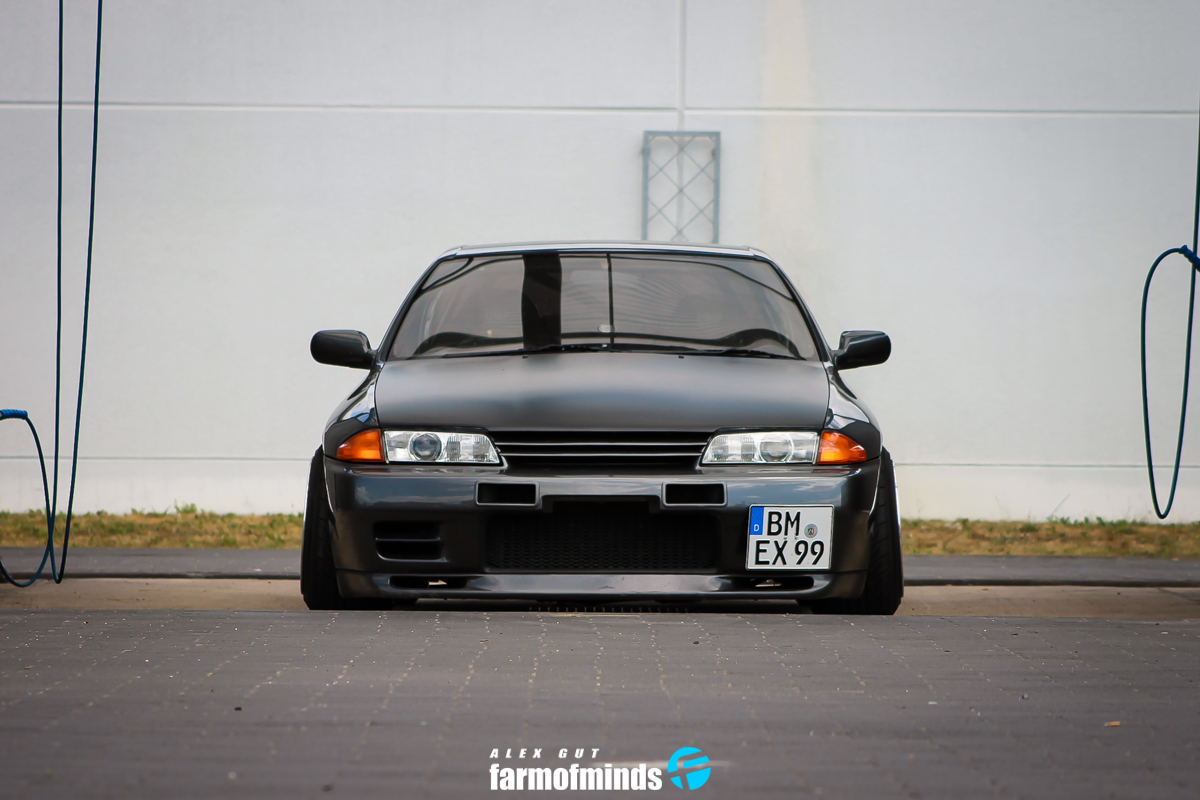 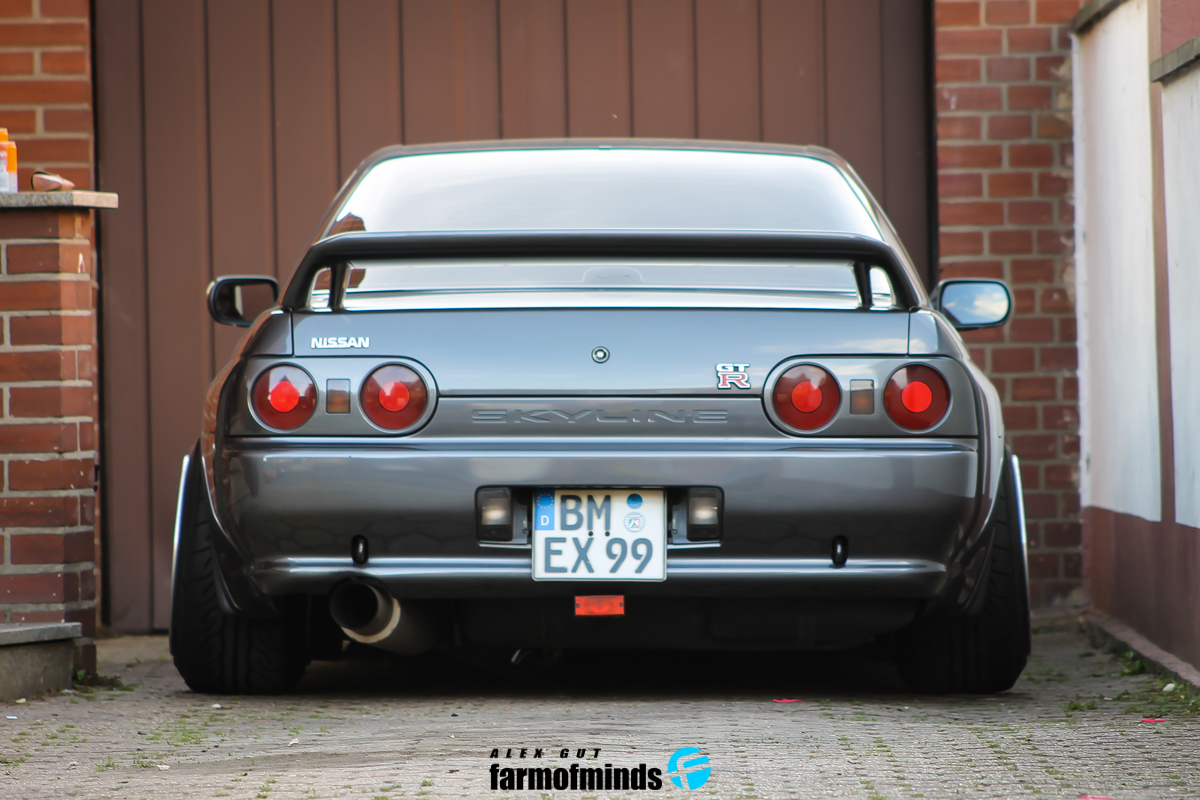 The obvious protagonists of my BNR32 are the wheels. These are BBS RS with a 5×114.3 PCD which means I had to source them from Yahoo Auctions in Japan. They came as a 20 years old set which is exactly how they looked. Took ’em apart, got new 4.5 inch lips, stripped and painted the centers silver and cleaned up the inner barrels and gave them a black coat. Putting them back together resulted in the final specs of 16x11J which I wrapped in 225/45 Advan AD08 tires for a gorgeous setup that still can be driven hard as hell. 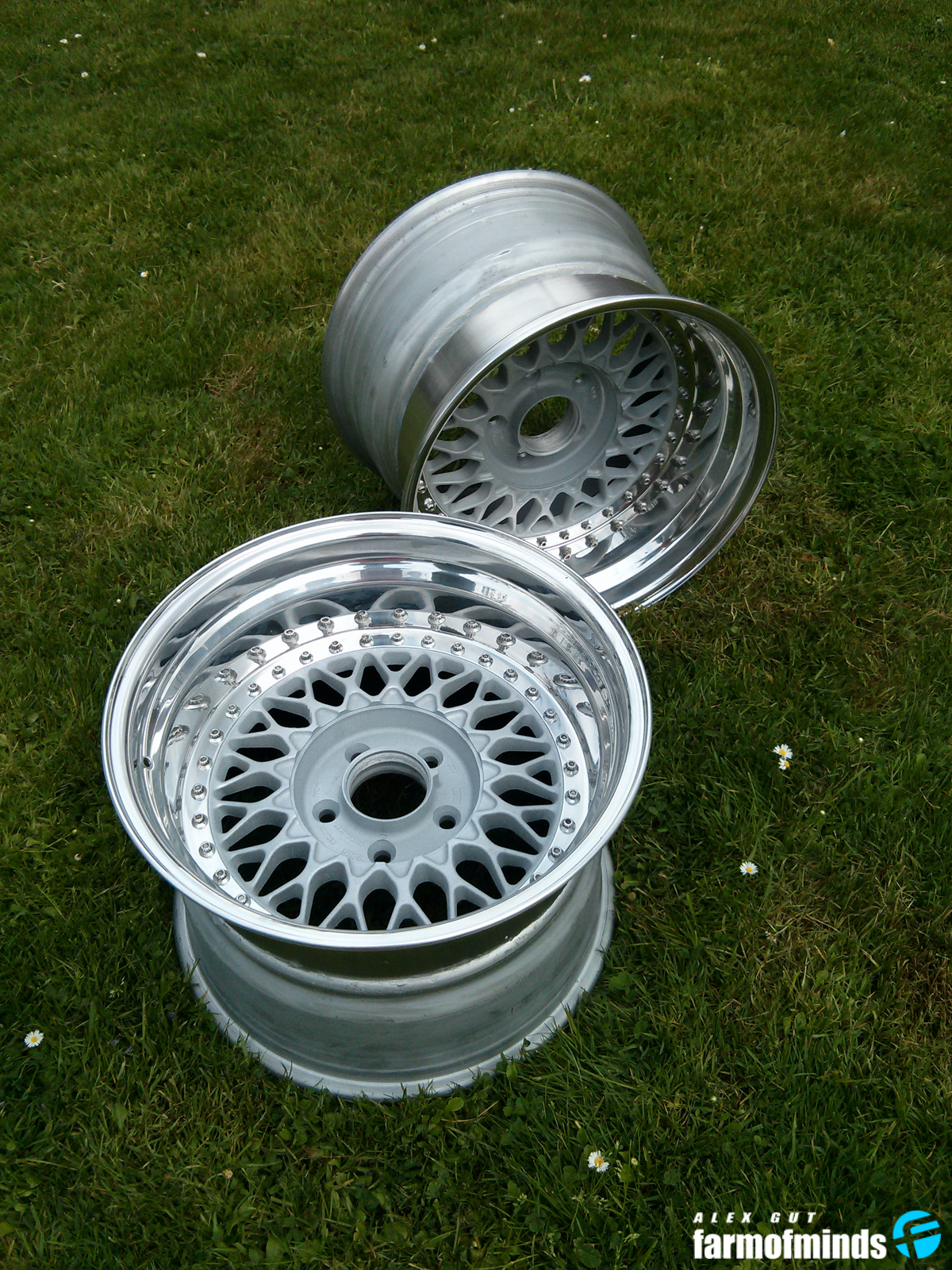 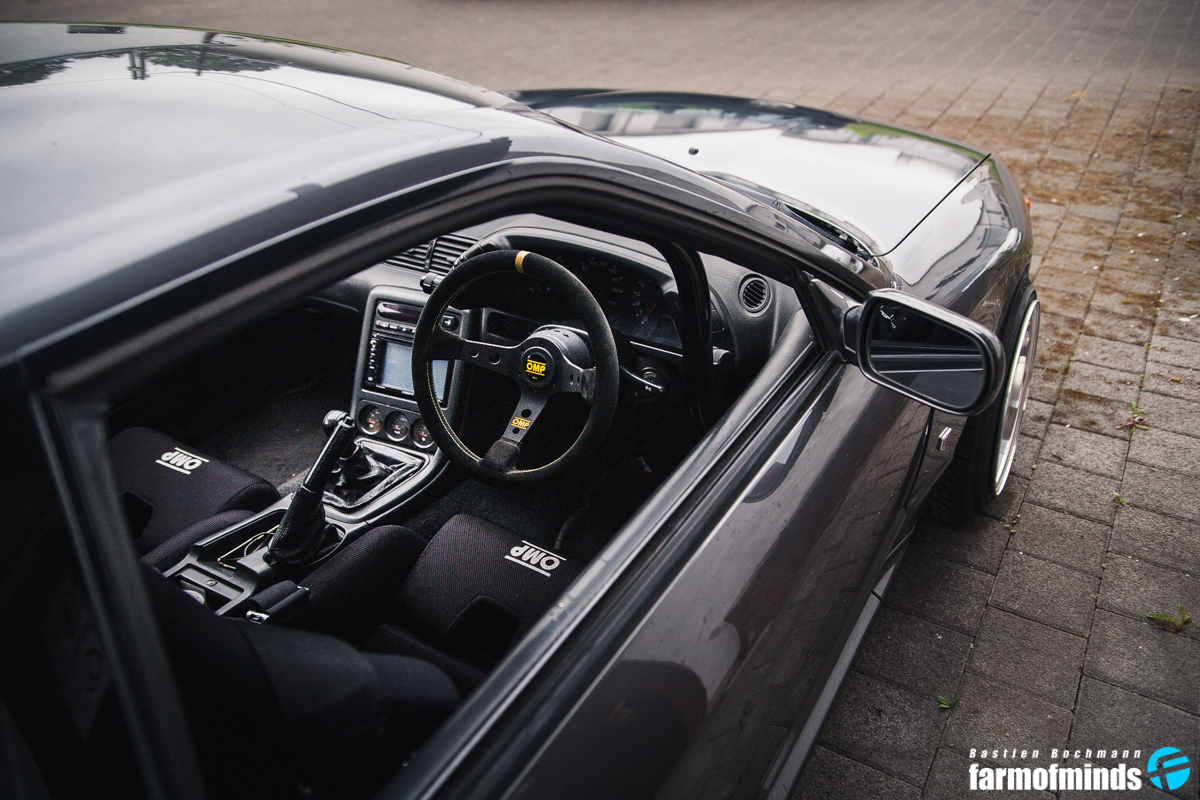 Apart from my wheel setup after removing all unnecessary interior I opted for a full OMP lineup compromising bucket seats, 4 point harnesses and their 330mm suede steering wheel with a 95mm dish. Other than that I installed a Cusco 8 point rollcage and called it a day. On the power side of things aside the usual intake/exhaust mods I have an Apexi Power FC that is mapped to a mild 14 psi giving me a solid 350 ponies with Cat. The suspension are Tein coilovers with custom springs in the back (shorter/harder) and front camber arms. 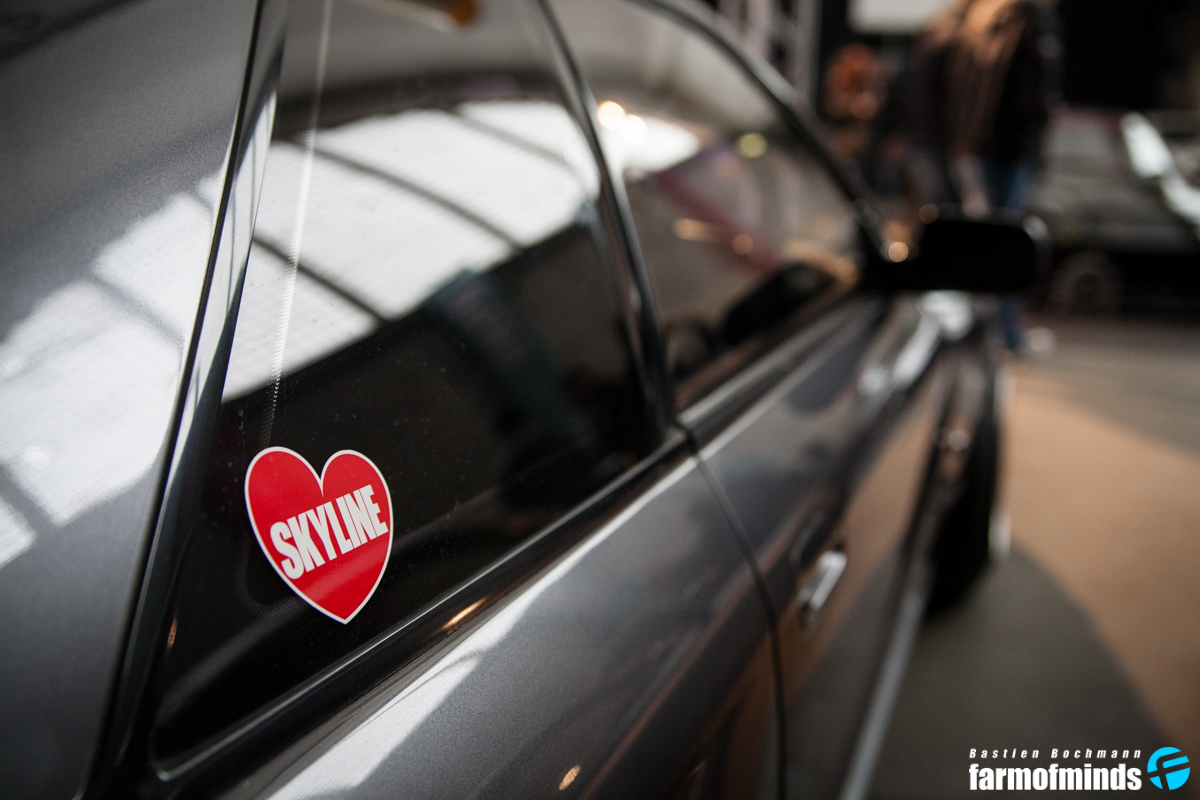 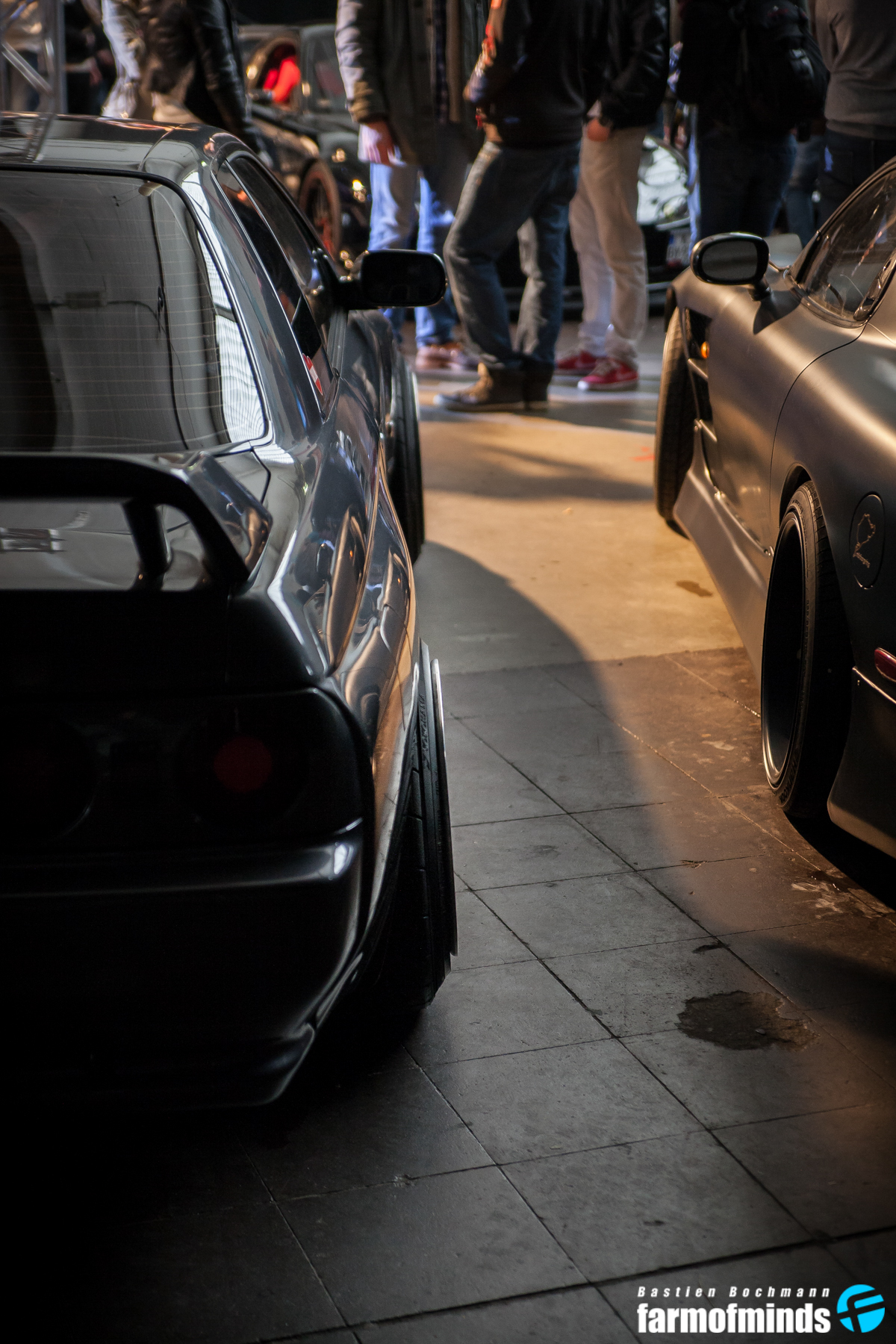 I’m a huge Kyusha fanboy as you may have noticed from my recent JCCA Fuji Jamboree coverage which truly blew me away. Those kind of cars were my inspiration for putting the BBS RS in that size on the R32. I fully understand that my Skyline is not everyone’s cuppa tea, the so-called purists normally prefer these with huge tires and maximum suspension travel. But that doesn’t mean mine can’t perform, I have a set of Work XD9’s in 18×10 that feel awfully cozy in 285/30 semi-slick rubber and I can change 4 wheels and raise the suspension within 15 minutes if it has to be. Regardless, I have bucket-loads of fun throwing the back around on the BBS, trust me. 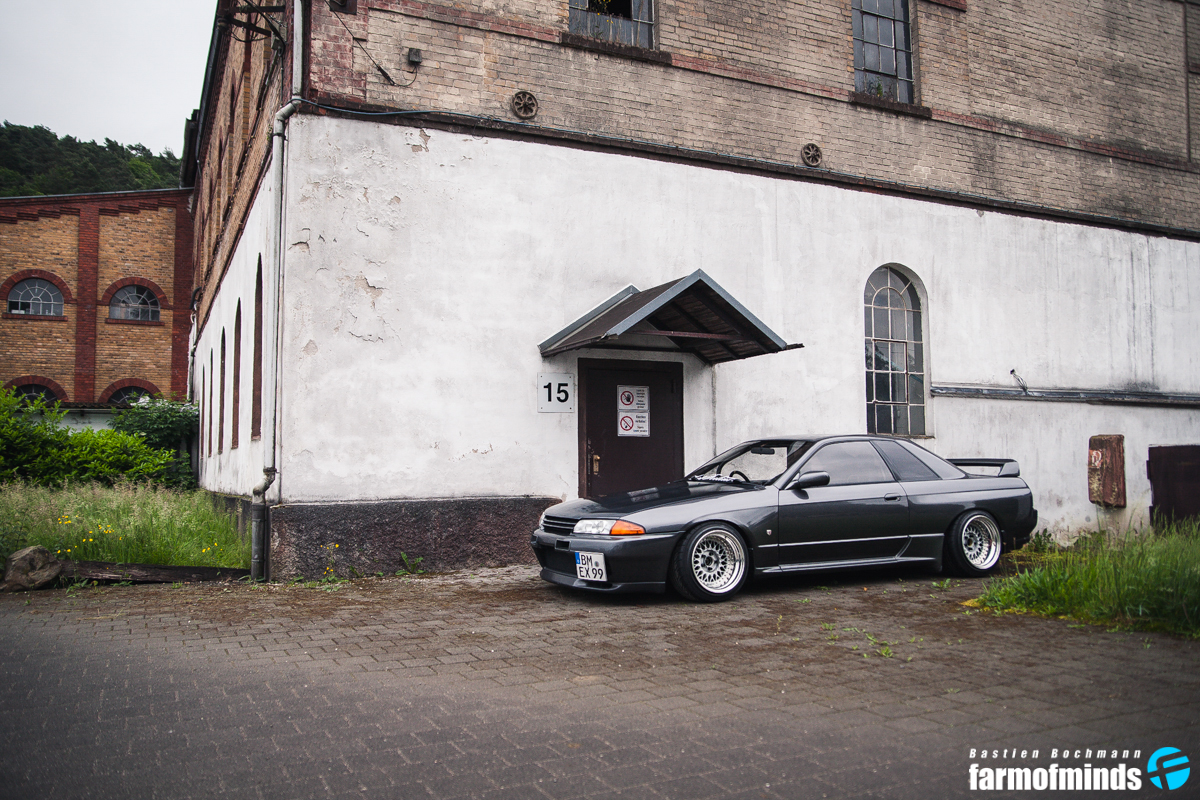 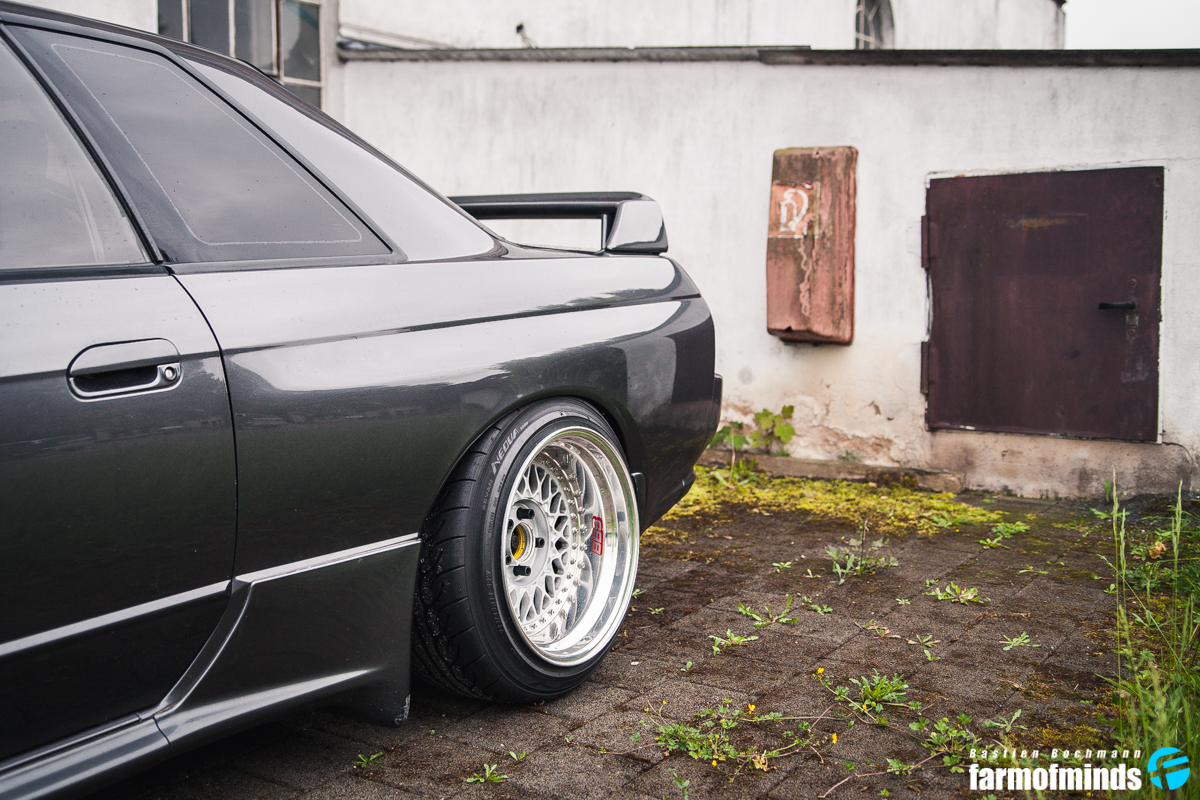 I’m not done yet though, I have now taken apart the entire front end for it to get a new lick of paint, as well as rear camber arms and custom front springs that will go in soon. Quite a few more new body/aero parts have arrived as well which should improve the appearance quite significantly. The BBS have also been taken apart again already because they will receive bigger inner barrels so I can reach the specs of 16×11.5J with a couple of beautiful 245/45 Toyo T1R’s.
We felt this was the perfect opportunity to show where I stand before the next set of major changes will be showcased at the upcoming Überfest in Germany that we’ll make sure to cover for you!

At this point I would also like to thank my brother who has been tirelessly helping me with all the work on the car and maybe you will see some of his cars featured sometime here as well. Further thanks go to our good friend Bastien Bochmann who is the owner of the blog tiefundbreit.com and was kind enough to provide some of his fantastic shots of the Skyline. He truly is the king of rolling shots. 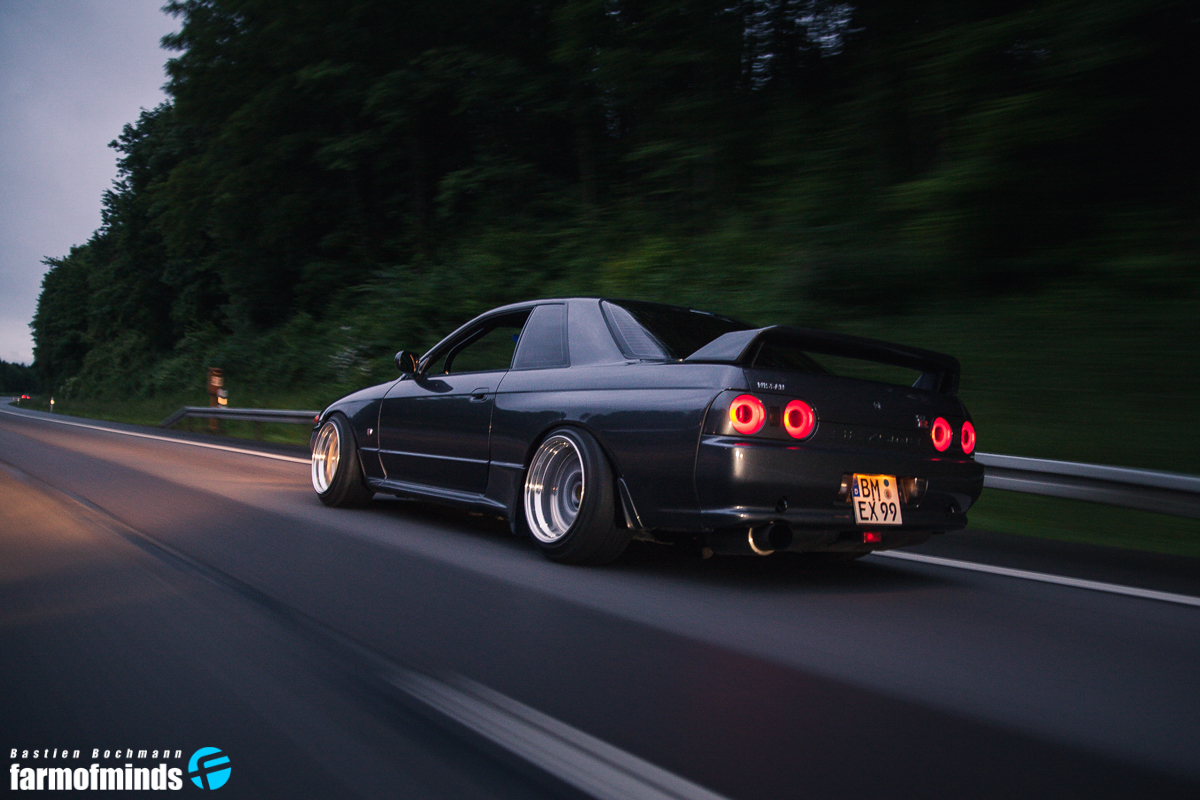 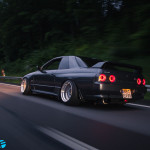 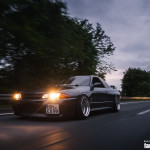 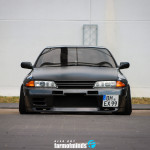 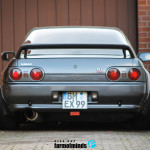 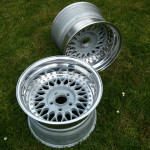 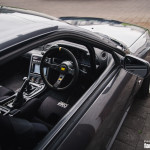 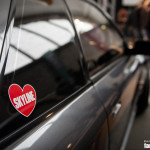 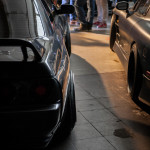 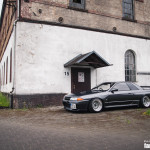 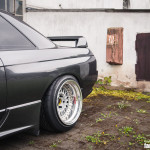