One man’s loss is another man’s gain. So goes the saying, and in the case of Greg’s awesome Impreza racer, it’s absolutely true. This particular car started life as an MY2005 GDB STi, but was soon picked up by someone determined to turn it into a full time track day car. But after gutting the interior and treating it to a number of uprated components, the owner lost interest in this particular car and sold it on. The next keeper spent a lot of time perfecting the exterior of the car, restoring some of the creature comforts, and happily used it for a while as a fast road/occasional track day warrior. 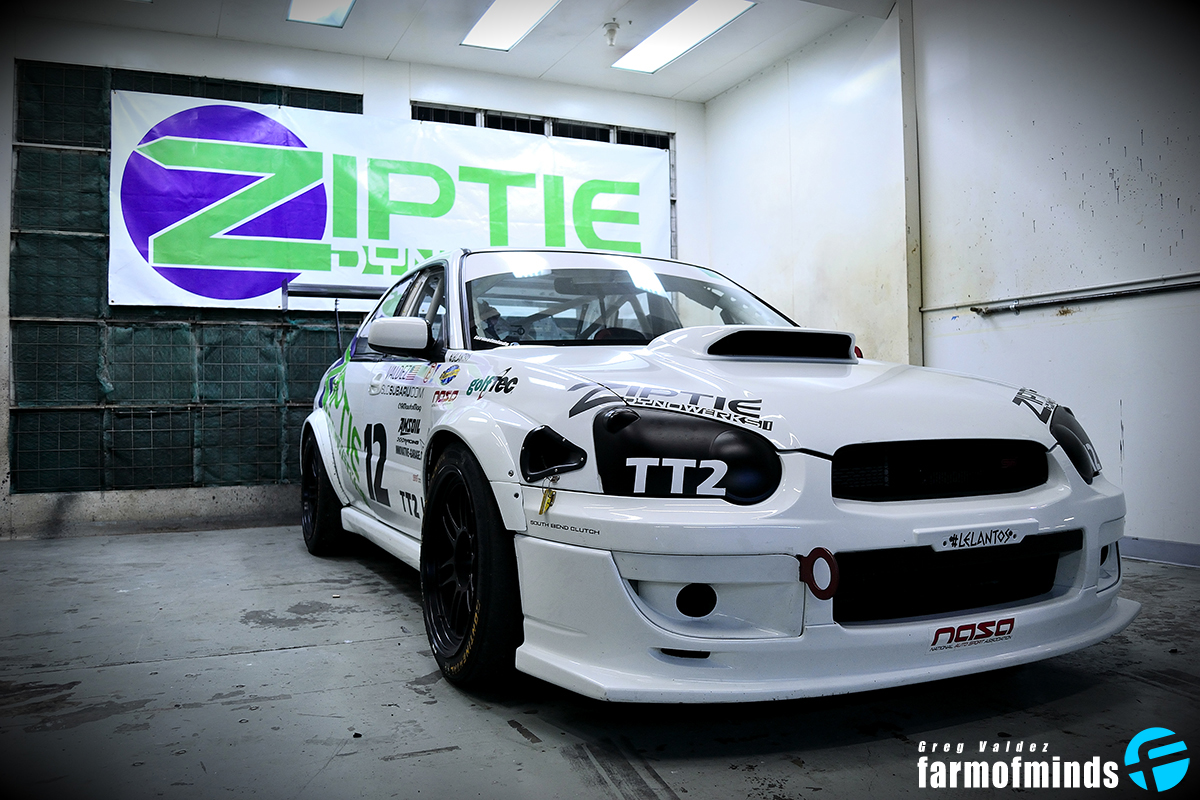 Fast forward to early 2012, and Greg Valdez found himself looking for an affordable ride in which to indulge his passion for Time Attack and circuit racing disciplines at his local track, Miller Motorsports Park in Utah. As luck would have it the mean, white STi happened to be up for sale again, and although he was considering a different platform at the time, Greg couldn’t find a more affordable and ready to race package at such a keen price, and so a deal was quickly done. 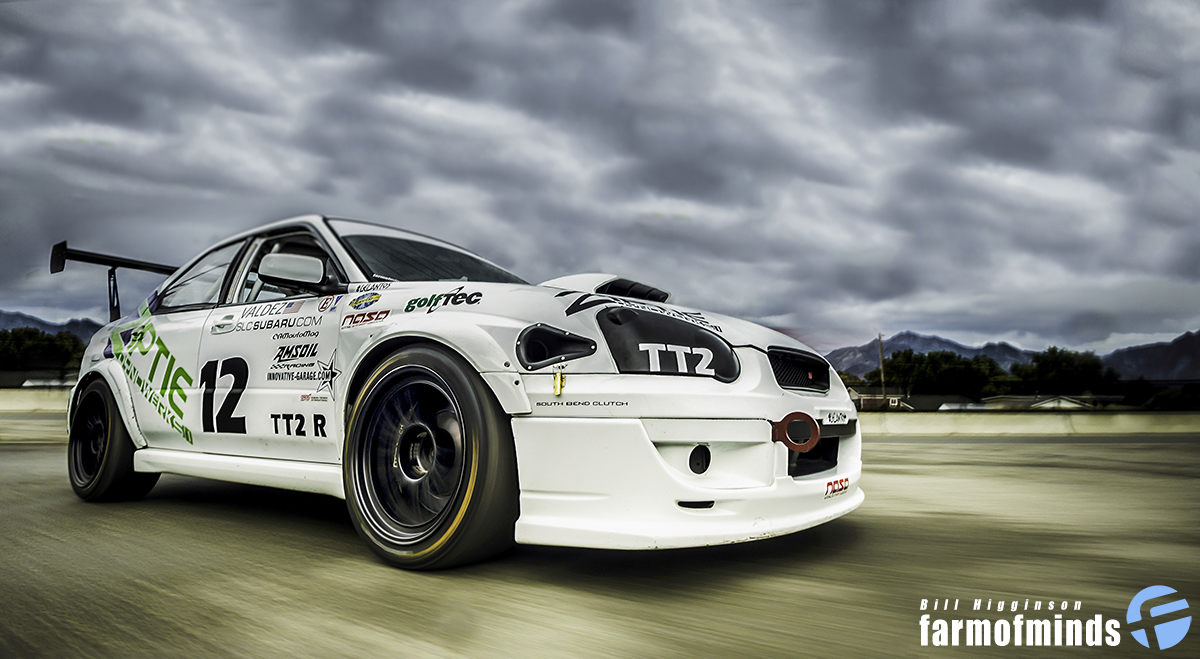 And what a deal he got. Nevertheless, the first port of call was to remove the standard block and hand it over to local tuner Ziptie Dynowerks, who refreshed it with a number of forged parts to ensure bulletproof reliability on the track. This includes ACL bearings and oversized 99.75mm 8.2:1 CP Pistons which were crucial for addressing the weakness of the standard internals, and allowing more boost to be run without risking detonation. Externally, an equal length exhaust manifold has been fitted to improve spool response on the turbo at the cost of the signature boxer rumble, and a Koyo aluminium radiator and Mocal 13 row oil cooler were selected to ensure under bonnet temperatures remain stable lap after lap. On the breathing side an SPT ram air intake provides cool air to the engine, whilst a Turbo XS turbo back exhaust system with titanium muffler expels waste gasses. Unlike most of our features, none of this actually translates to a significant increase in power, but it still develops a respectable 287 bhp at the wheels, and crucially, will happily take all the abuse Greg can throw at it. 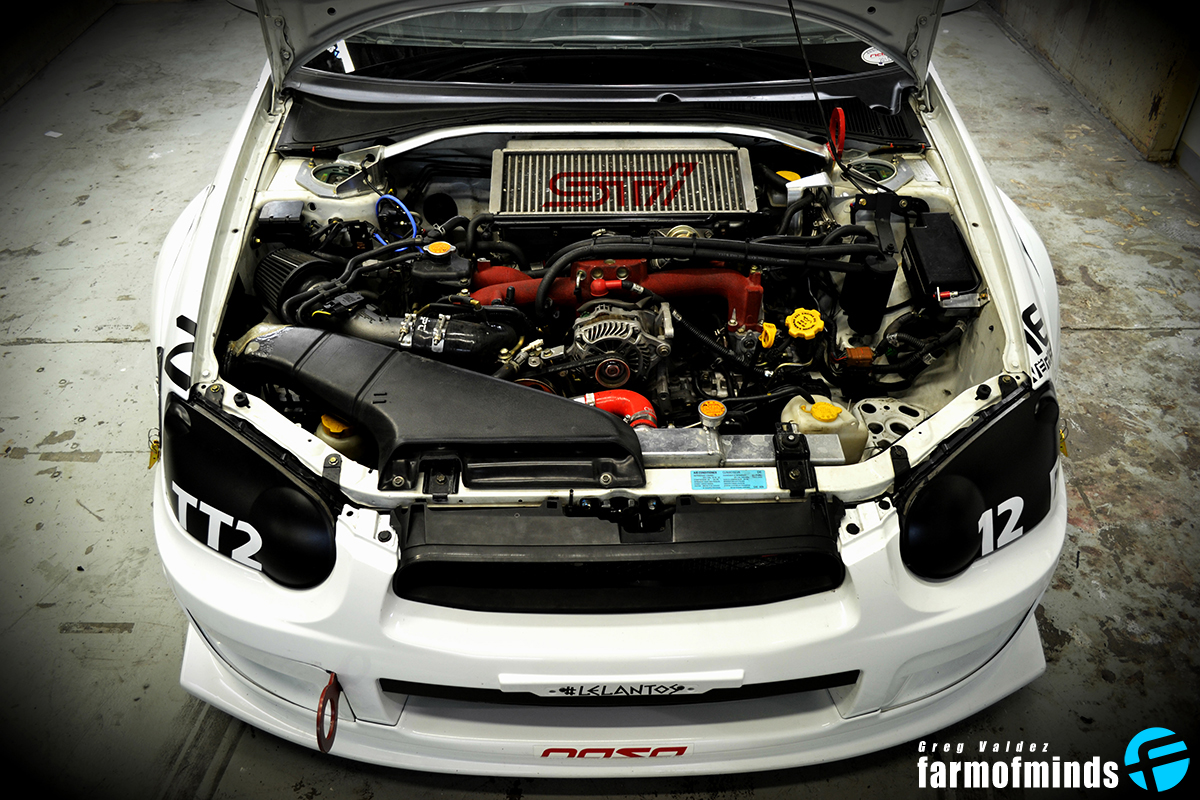 The exact same ethos has been applied to the suspension and braking components where Tein Super Racing coilovers have been fitted with rock hard 16kg F/14kg R springs for flat cornering, and the ubiquitous Whiteline anti-lift kit has been employed to eliminate the Impreza’s propensity to rear up under acceleration. The car runs enormous 285 section slick tyres under those Karlton arch extensions – the biggest allowed by competitive regulations – to ensure maximum traction under all conditions. To help exploit this monster grip, a 355mm big brake kit has replaced the front Brembo setup, along with Hawk high-friction pads, ensuring the car stops even faster than it accelerates. 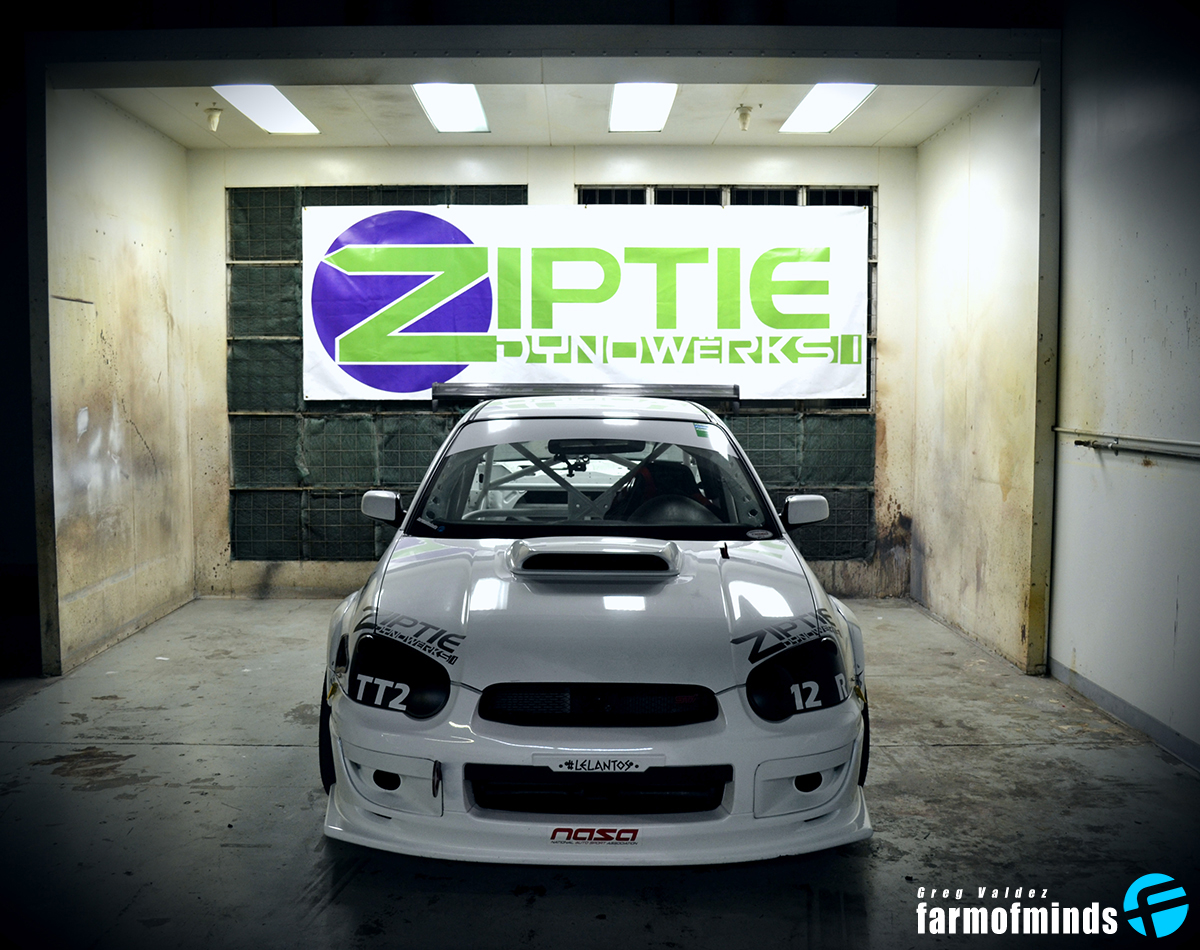 One weak area that almost all production road cars have to contend with when they venture out on track is their bushings. These small rubber components are used all over the car to isolate vibration between any two metal parts, damping the energy transmitted between them via the bushing. Whilst they are very effective at reducing noise and unwanted vibration, they do introduce elements of play into the suspension and transmission that reduce the precision and predictability of the vehicle’s handling under heavy load. There isn’t enough space here to list every bush that Greg has replaced with more rigid and durable polyurethane upgrades, but combined with an admirable amount of underbody bracing and a WRC spec rollcage, this Impreza is now rock solid and consistent under braking and cornering conditions. The value of this kind of predictability cannot be overestimated in a competitive vehicle, and these mods alone will be worth a good few seconds a lap. 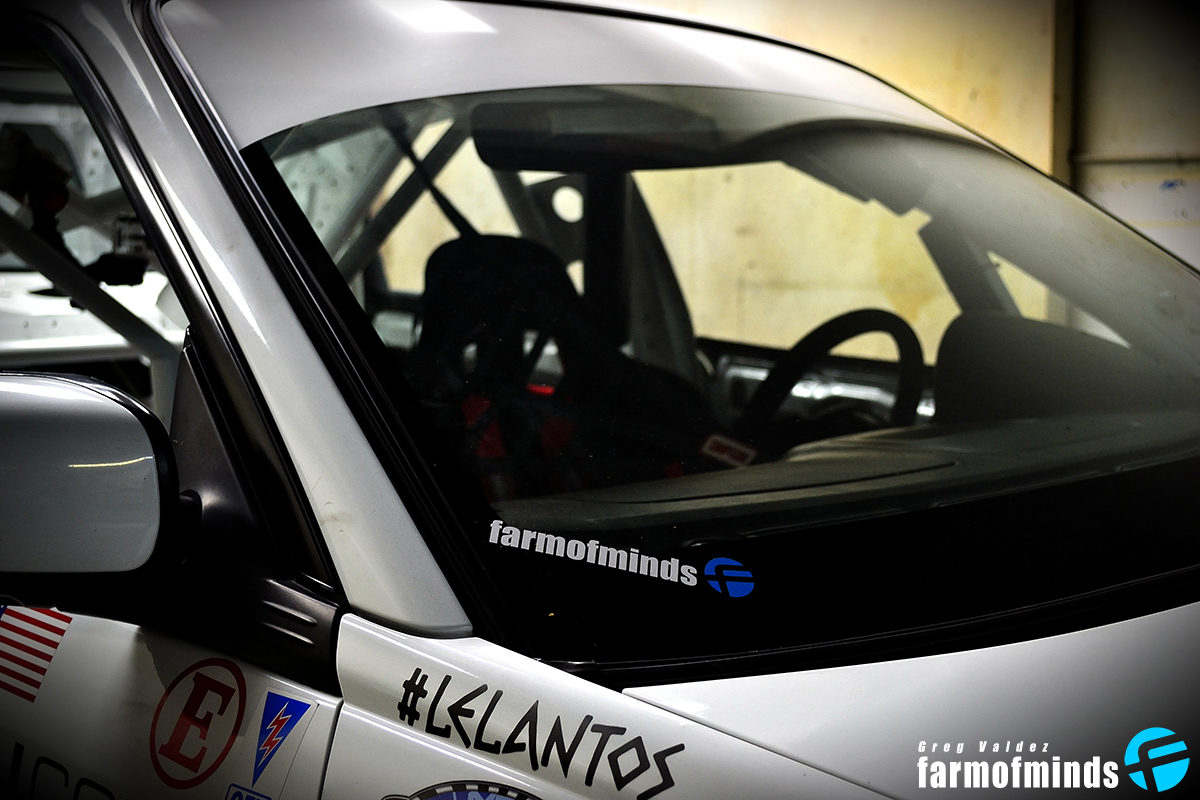 With a solid base underneath him, Greg has focused on going faster by shedding any unnecessary weight, ‘…then adding lightness’ as Colin Chapman famously said. The rear doors have had their window glass replaced with acrylic, the headlights have been gutted and blacked out, and the boot has been replaced with a carbon fibre replica from Chargespeed. These are pretty subtle mods, but the savings all add up – what you can’t fail to miss is the removal of the standard STi spoiler in favour of a massive 74” wide Kognition spoiler. Unlike the cosmetic effect of most spoilers at road speeds, this thing produces very tangible downforce on the track, and there are also plans afoot for a full body undertray and diffuser to further enhance and balance the downforce across the car. 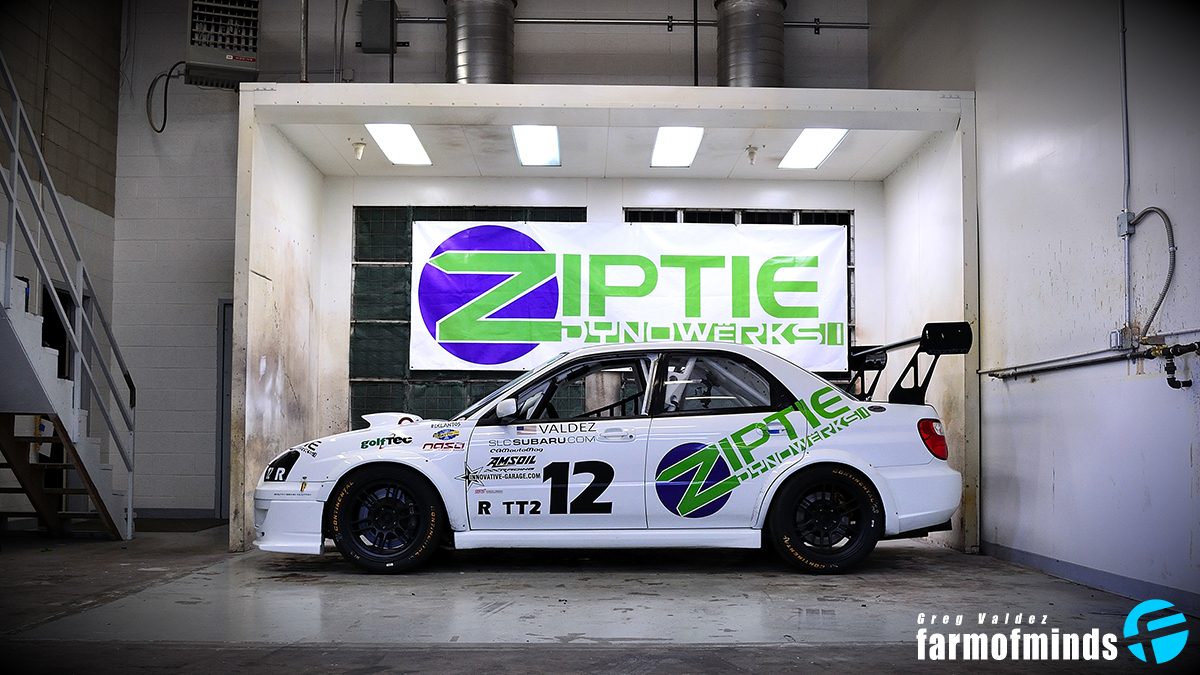 Aside from a bit more power to take him to the edge of class regulations, Greg is pretty happy with the state of the car, and is now focusing his efforts on ‘modifying the driver’ instead. As he points out, the Impreza is competitive as it stands, and he’s enjoying working on his racecraft, learning lines and finding tenths here and there across each lap. It might be less glamorous than bolting on a new hybrid turbocharger when it comes to a magazine article, but it’s undoubtedly the most effective way for him to extract maximum performance from this amazing package. Check out the video below of him harassing a 550 bhp Audi R8GT to see what we mean! 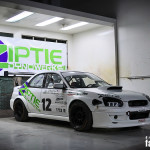 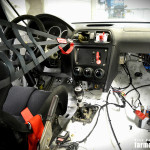 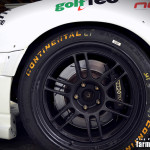 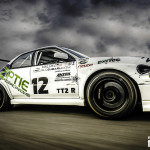 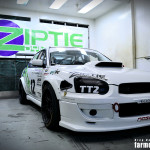 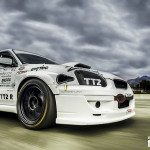 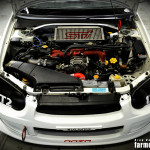 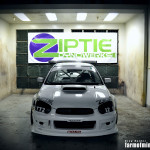 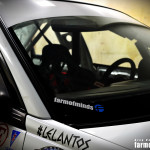 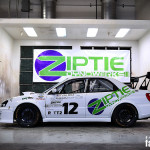