The name J’s Racing is synonymous with the S2000. Despite being a tuner of all things Honda, it is with the AP chassis that they’ve always done their best and most high profile work. Established in Osaka, Japan in 1989, J’s Racing continue to develop some of the best tuning parts available for Honda’s today, as well as actively hosting track events for their customers and participating in a number of Japanese race series. As with many of the best product development companies, the parts they offer are direct derivatives of parts forged in their motorsport endeavours, ensuring their customers always receive robust, reliable parts built to the highest quality. 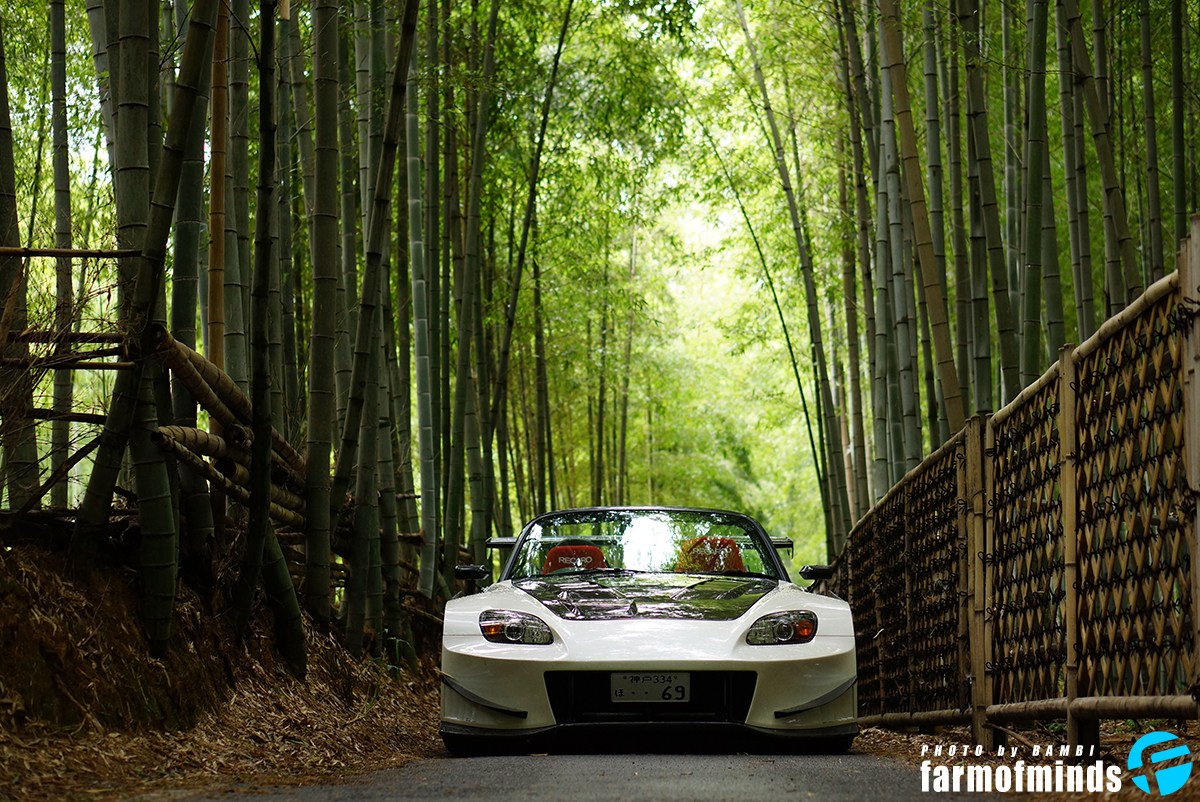 So if you own an S2000 in Japan and you happen to live a mere 40 minutes away from Osaka, you’d be mad not to take advantage of their services. Luckily the owner of this particular car, Bambi (his screen name) isn’t mad at all, he’s very sensible. After acquiring this MY2008 last of the line AP2, he immediately sent it their way to begin its transformation from mild to wild. To say the changes that ensued have been comprehensive would be an understatement, the list of parts Bambi sent us on Minkara ran into 13 pages, with just about every component in the J’s catalogue flying directly off the shelves and into his car. 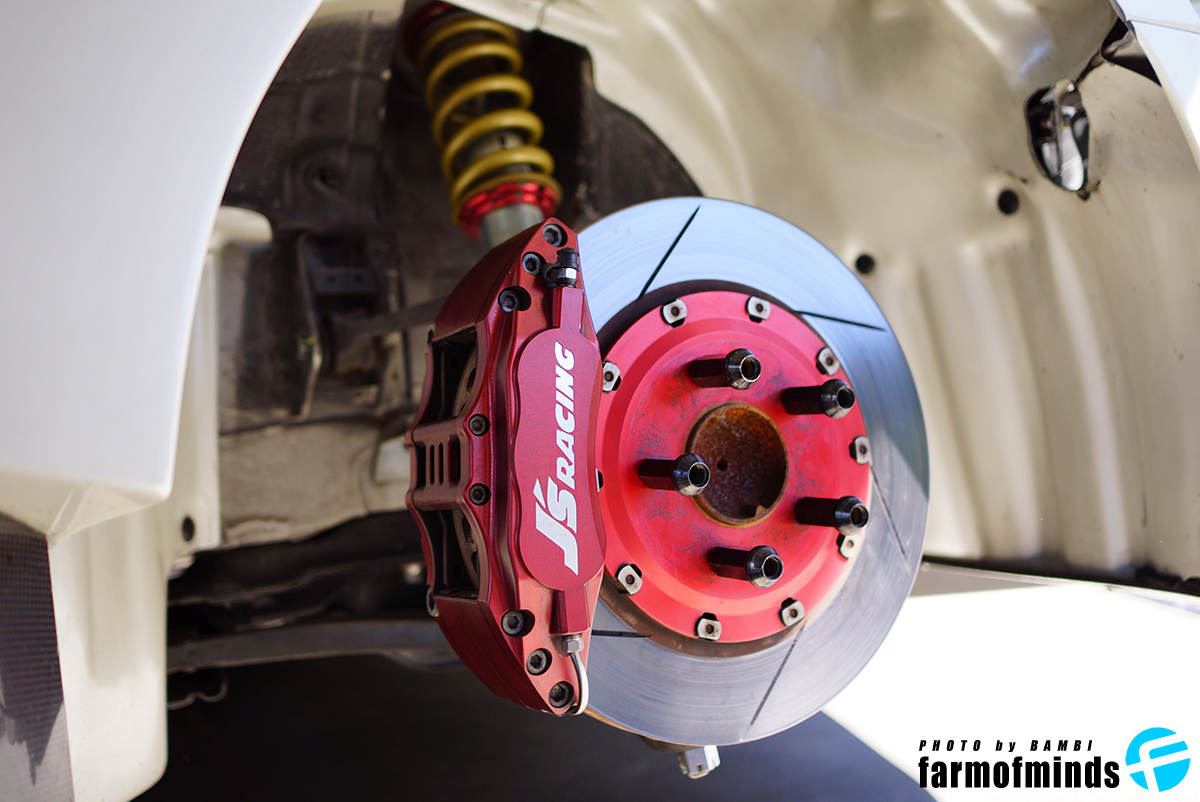 The real highlight though is the bodykit. As you might have noticed, J’s Racing only really do wide-arch bodykits, but the Type GT Total Aero System is the wildest of the bunch, being 60mm wider at the front and 75mm at the rear and including a GT style wing long enough to be used as a picnic table. Inspired by the bodywork on GT racers and Super Silhouettes, it minimises drag across all areas of the car’s surface, as well as generating significant downforce and removing unwanted turbulence via the enormous wheel arch vents. 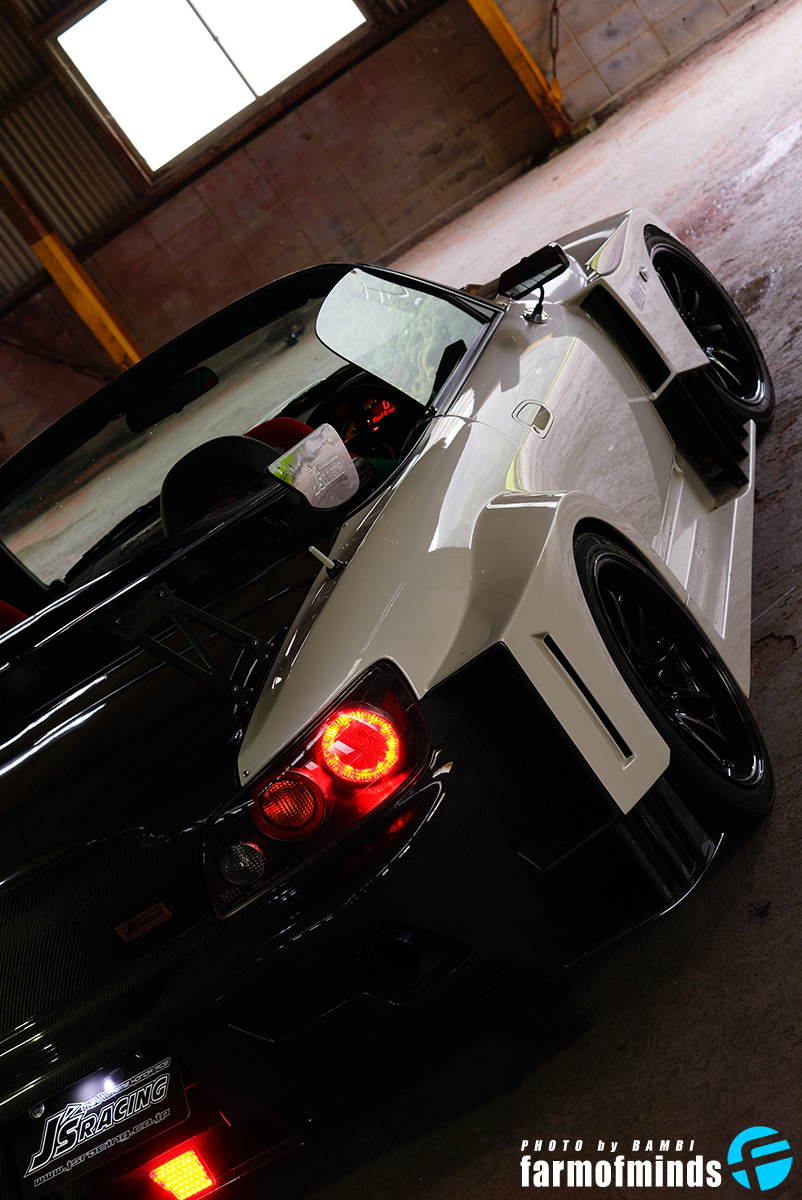 As you can see in some of the shots, Bambi has opted for the full carbon fibre version as well, which not only reduces the total weight of all the parts, but increases the overall rigidity of the kit. It’s a monstrous outfit, and imbues the S2000 with the sort of road presence it always deserved. The only shortcoming is that it’s colossal arches manage to dwarf the 18 inch Volk CE28N rims, something Bambi is planning to rectify in a couple of months. He hasn’t said what he’ll be switching to, but he’s suggested even more width and stance are high on his list of priorities. 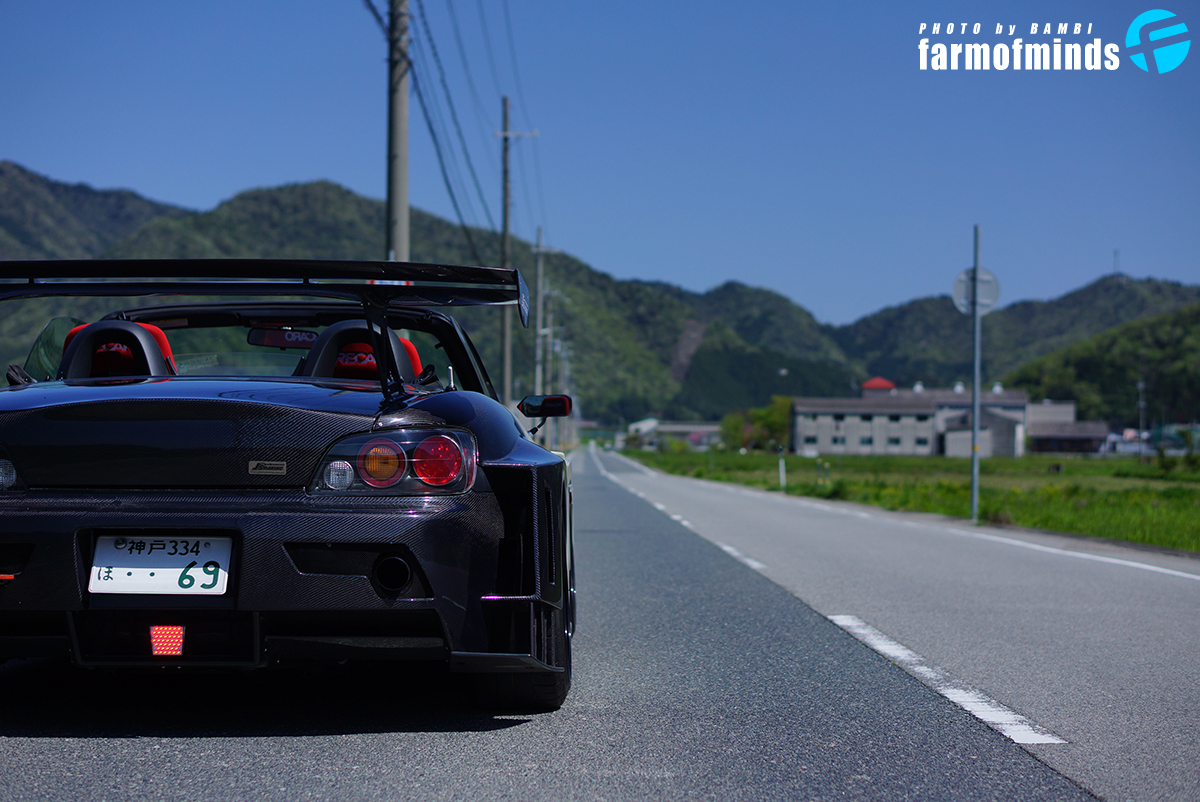 Much has been written about the qualities and shortcomings of the F20C block since it debuted in 1999. Whilst it revs out to a stratospheric 9000 rpm, it suffers from a real lack of torque, and outside of Japan at least it has become exceedingly popular to supercharge these engines. The additional low down torque and ‘big displacement’ feel this process adds is said to transform the driveability of the car. 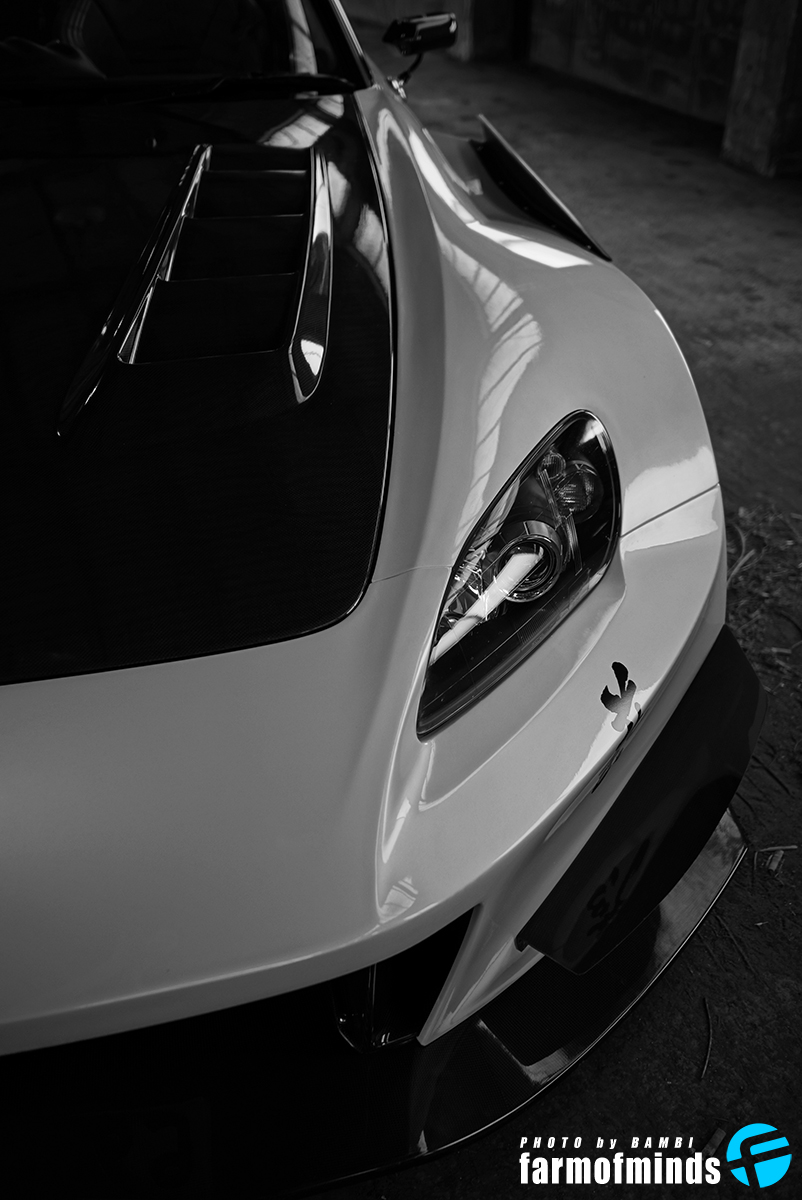 Within Japan however, there is a willingness to stick with the traits of the basic design and see them out to their logical conclusion without resorting to forced induction. It’s a philosophy I certainly respect, and one that Bambi has also followed, resulting in a high compression 290bhp naturally aspirated unit based around the later 2.2 litre F22C that’s been rebuilt for serious durability. Specifics involved in the build are thin on the ground, but we know it’s been mated to a 4.44 lower final drive to further improve acceleration, and a 1.5 way J’s LSD to ensure ultimate traction. Check out the official J’s S2000 on YouTube you’ll get a sense for just how bonkers these high output NA engines are. 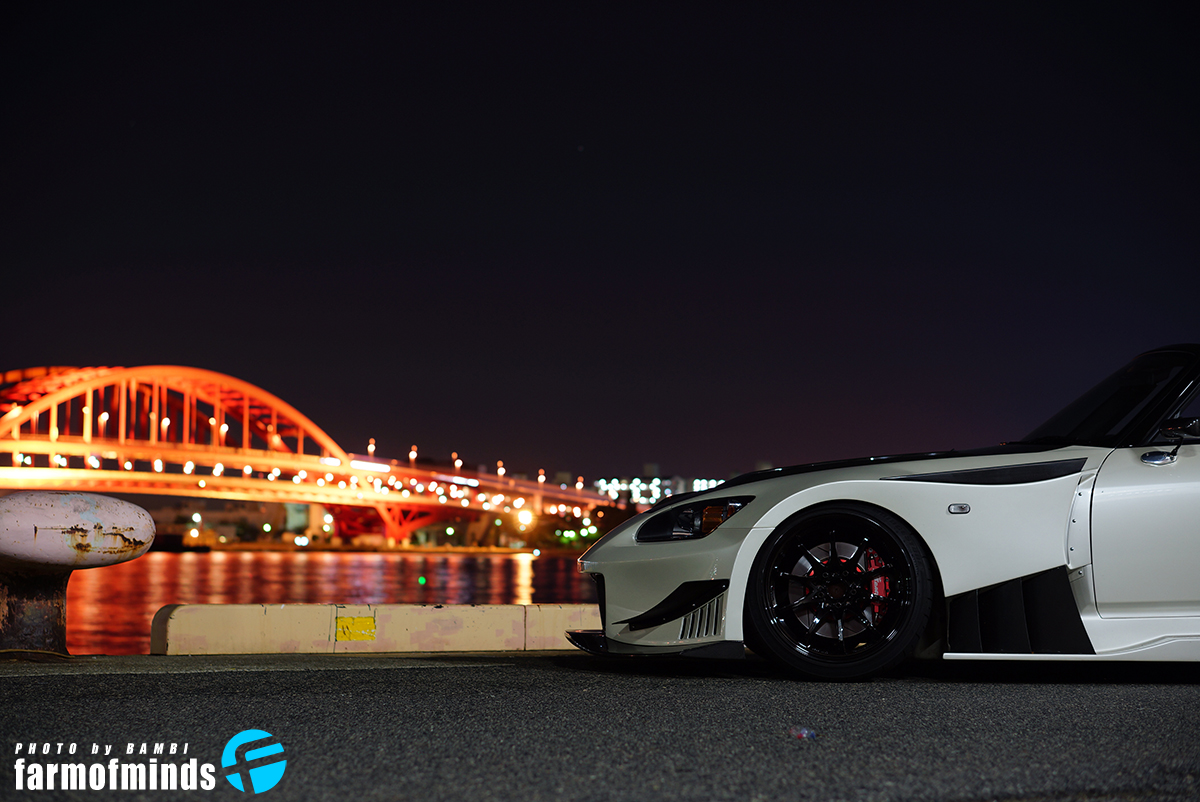 As I mentioned before, there really isn’t an area of the car that hasn’t been uprated or improved in one way or another. Bambi’s S2000 really is of demo car quality, and proves even after all these years that Japan still does it better than anyone else when it comes to their own cars. But much as he was confident to leave the car in the capable hands of J’s Racing and K1 laboratory, he hasn’t missed the chance to add his own stamp on the car either. Making the most of the carbon fibre kit he’s left the rear of the car purposefully unpainted to show off the fine carbon weave, and created a really interesting rear quarter as the white paint job ‘runs out’ into the bare carbon fibre. 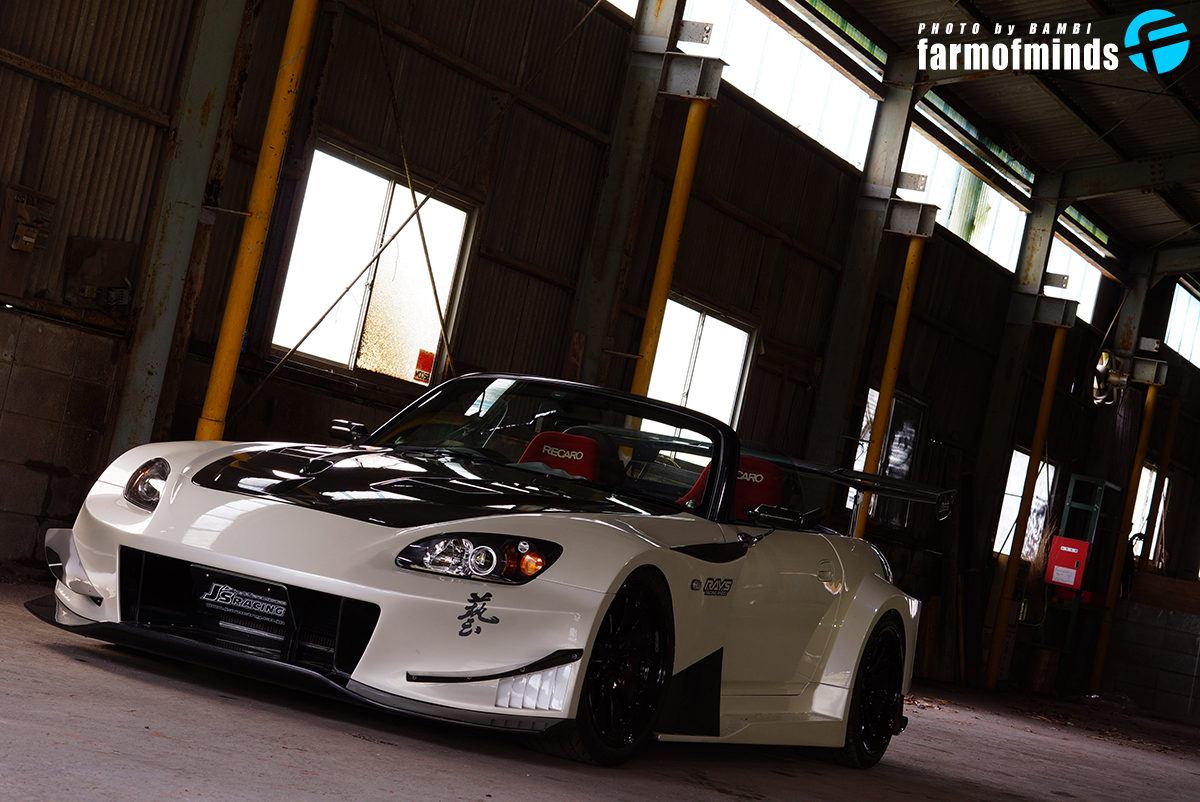 For Bambi, this car is the of a long held dream that began with the launch of the car whilst he was still at school. His hard work and vision have demonstrated that even though the wraps are just coming off the S2000’s successor at the Tokyo Motor Show, there’s still plenty of life in the old AP yet. 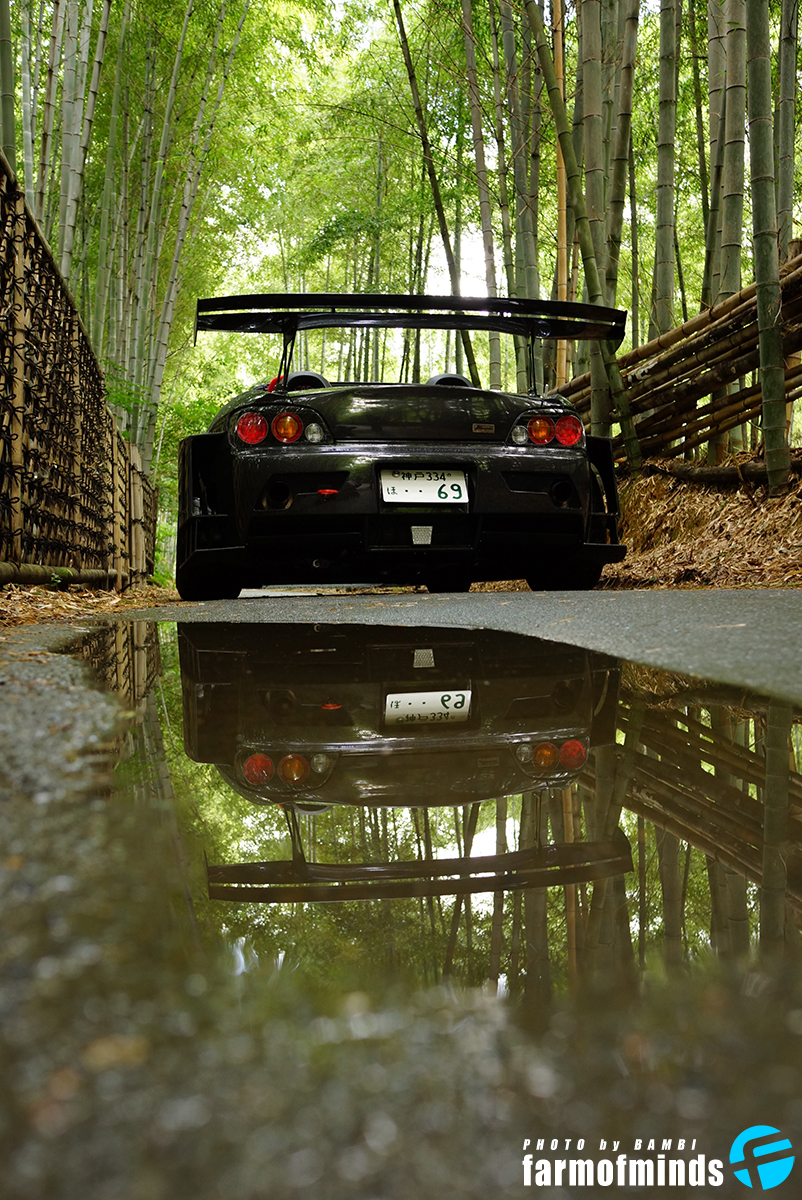 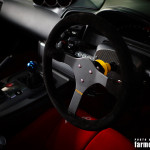 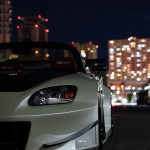 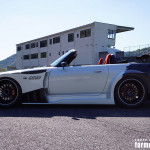 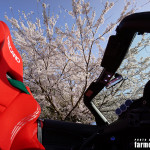 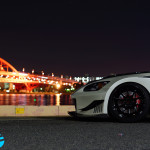 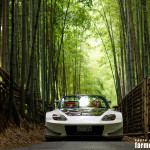 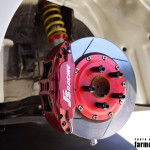 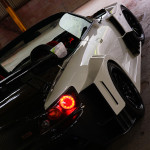 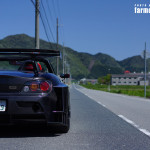 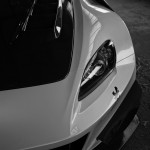 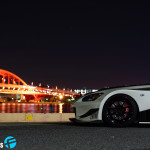 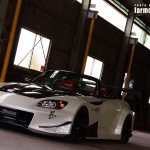 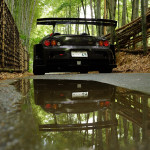