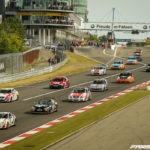 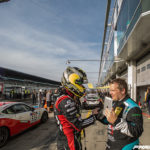 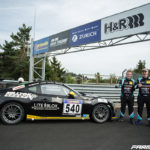 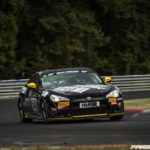 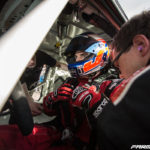 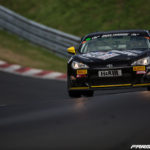 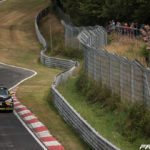 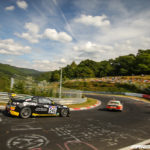 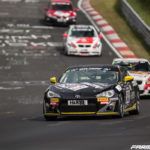 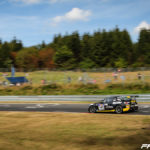 With a plethora of Tin-Top, BTCC and GT accolades already under his belt, Milltek Sport test driver and ambassador Tom Onslow-Cole decided that he wanted to add a Nürburgring race permit to his wallet – and decided to join forces with ring legend Dale Lomas to do it. But just how did he get on in his quest? We tagged along to find out. 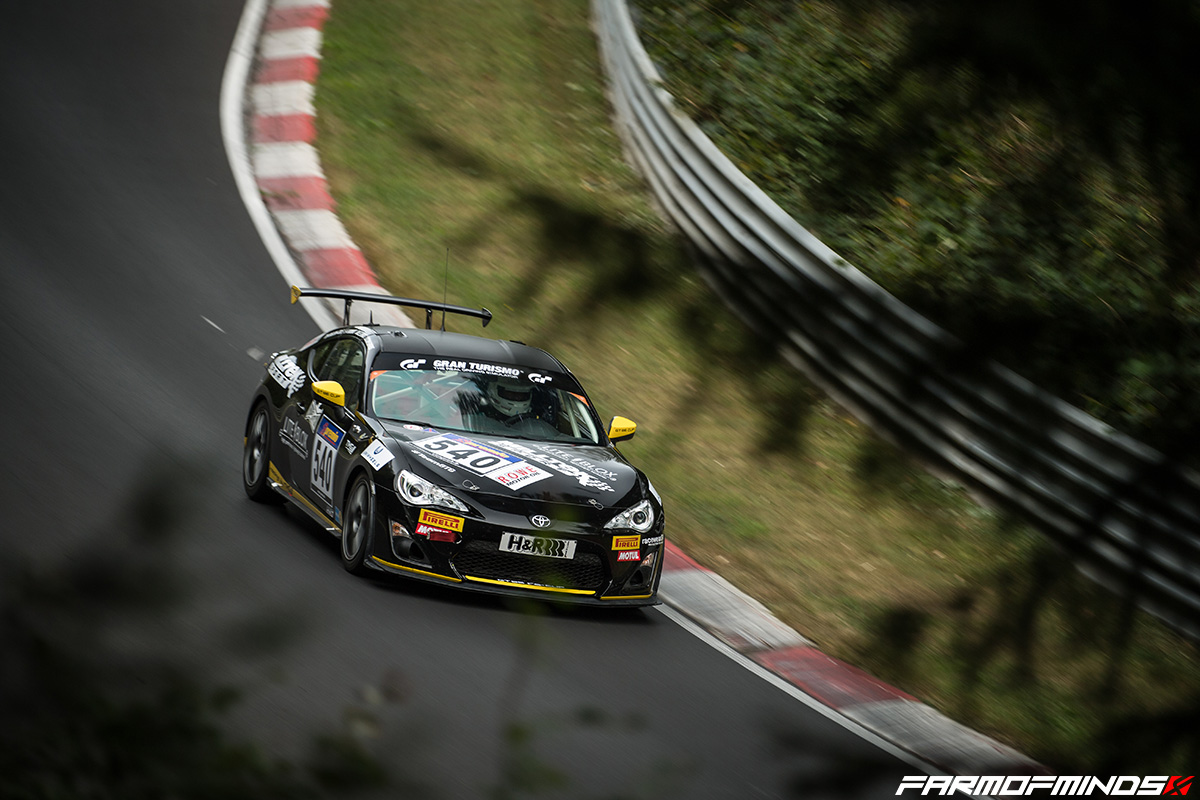 In racing driver’s circles, no matter how far up the food chain you are, if you’re truly cut from the competitive cloth that distinguishes the all-time greats, you’re never going to be happy with what you’ve got. Pick from any of the old-school legends like Moss, Clark or Surtees and you’ll notice that they were all very prolific in their driving endeavours. Surtees even managed to collect titles on both two and four wheels concurrently!

Fast rising through the ranks, and with an inaugural GT3 Championship title trophy sitting on his mantelpiece, Tom Onslow-Cole decided it was time to tackle that automotive Everest that is the Nürburgring. Having track tested with Milltek there many times, and wanting to find the next challenge, the fabled 24 hour race seemed like the ideal outlet. The problem is, even if you are a highly decorated champ, you still have to start from the beginning like everyone else. First, he would need to cut his teeth on a shorter race – with the 6 hour VLN7 shindig in early September being the perfect opportunity. 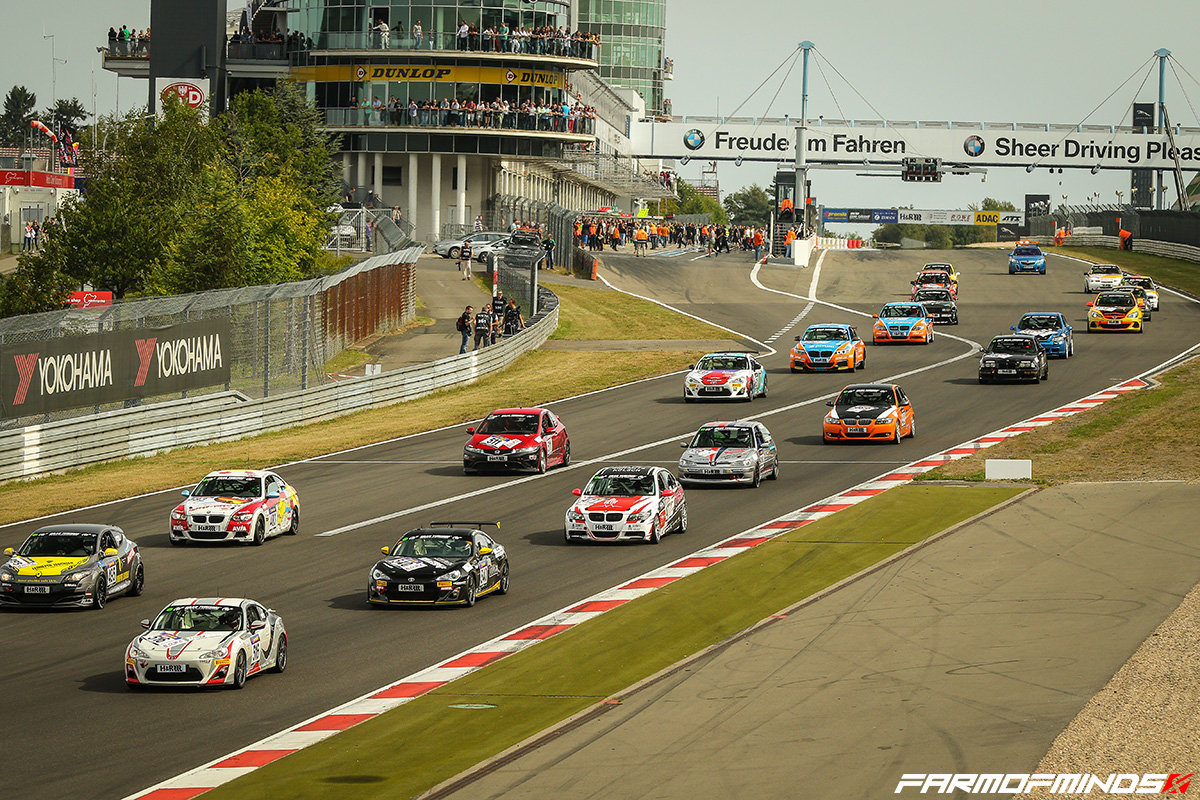 Thankfully, Milltek has a ‘man’ based at the Ring to corral such occasions, so a few calls to Nordschleife guru – and fellow Milltek ambassador – Dale Lomas soon had the germ of an idea together. As veteran of many N24 races, curator of the popular ‘Bridge to Gantry’ website and Ring Taxi driver, Dale’s knowledge of the Green Hell is unparalleled. Add into the mix that he also holds the lap record for a van (no, really… Google it!) and you begin to understand his Yoda-like grasp of the mystique and techniques of this fabled tarmac. 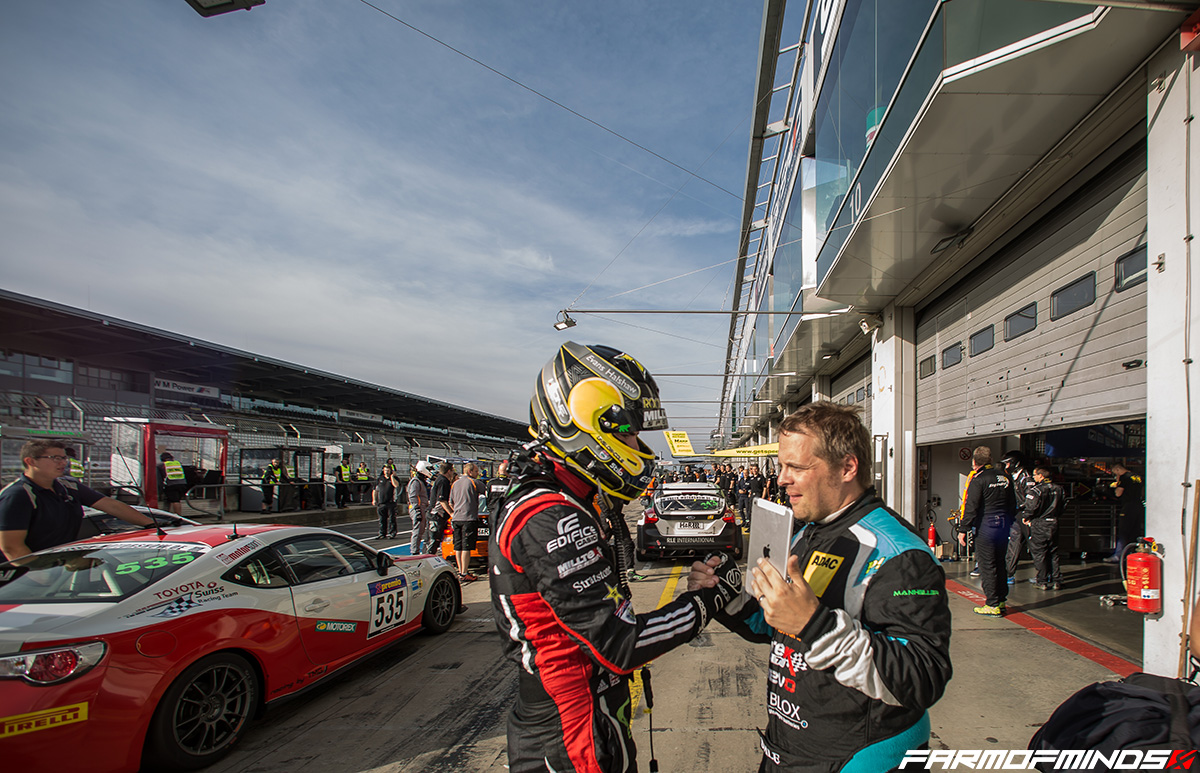 Despite his GT3 ‘day job’ equipping him machinery packing over 600 bhp, the steed for Tom’s first VLN attempt would be a little more modest in output, although no less impressive through the turns. Dale’s contacts had netted a drive in the Ring Racing TMG (Toyota Motorsports GmbH) GT86 Cup. Although fairly stock looking on the outside, this car packs a most useful 212hp, Bilstein competition suspension, Pirelli slicks, lightweight doors and increased downforce through a new wing and front bumper. A classic case of having more grip than grunt, it would be the perfect car for TOC to ply his craft whilst learning the new sensation of trading paint amongst 160 other cars in a pack, on a track that famously measures its run-off areas in single inches in many places.

Joining Tom and Dale would be fellow ring veteran Luke Gavris, as well as American racer Jean-Francois Brunot. Quite the line-up then! 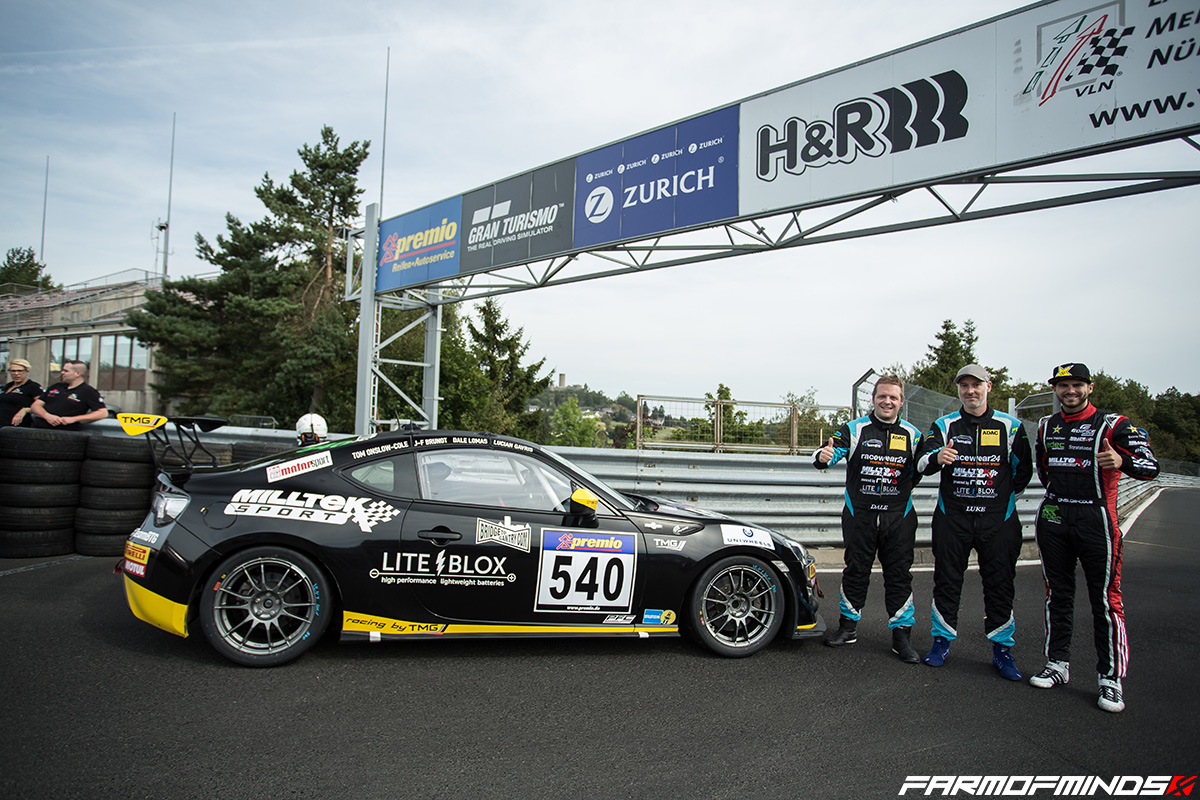 Before the race could begin in earnest, Tom needed to complete what amounts to basic training to be allowed on track, even completing a theory test and track assessment before he was allowed out to play. As mentioned before, this is applied to everyone, no matter what accolades you may have garnered. Even WTCC champ Rob Huff went through the same before his N24 stint last year. As the track is so dangerous in race trim, The Ring insists on a minimum of shorter races – and documented, clean race laps before the coveted N24 licence status can be granted. 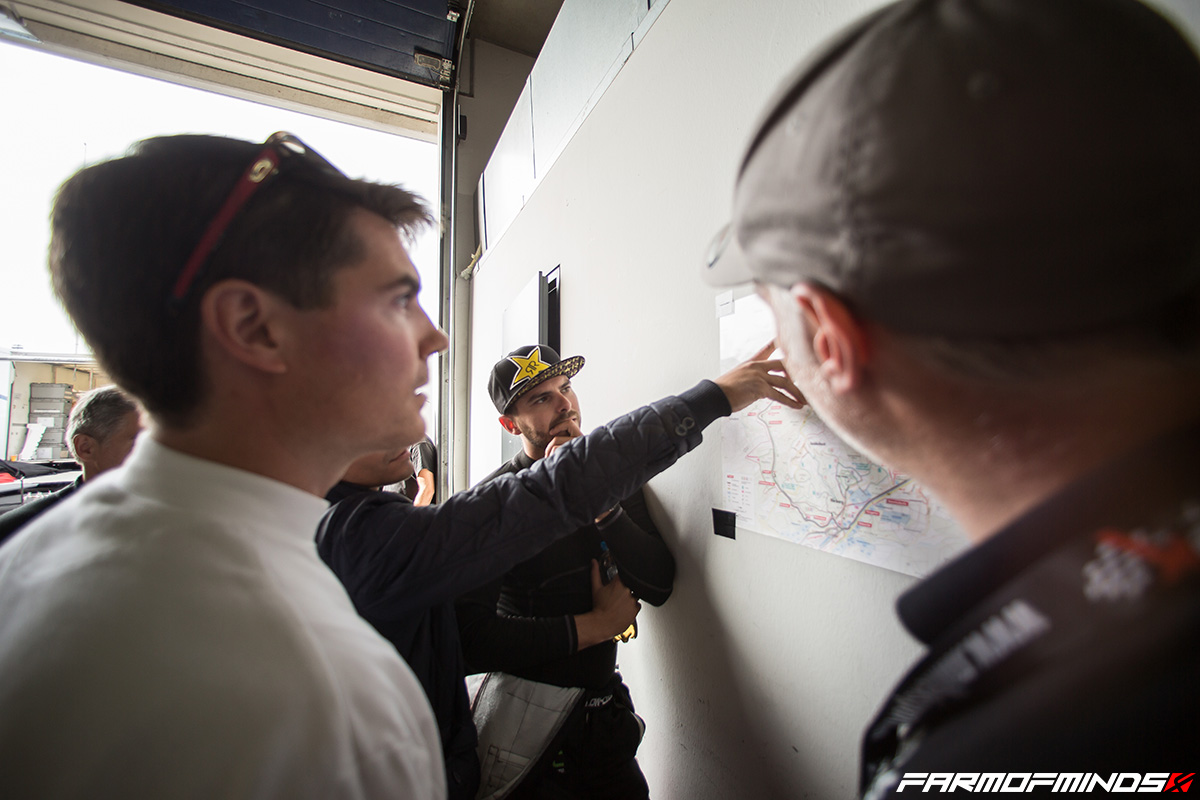 Boxes ticked, the team began their efforts. It was clear from the outset that the Toyota’s trump card was its cornering speed, with those sticky Pirellis and large wing providing plenty of grip through the Green Hell’s 28 kilometres of turns. Where it struggled though was on the straights, being comprehensively out-gunned by more powerful machinery with no form of defence on some of the unfeasibly long straights like Döttinger Höhe.

All was going swimmingly, with Dale taking the early stint to pound some impressive laps onto the board, when disaster seemingly struck! Smelling the unmistakable whiff of hot oil, and seeing the dreaded tell-tale of smoke, Dale sensibly pulled over trackside to take stock of the situation. Unable to see anything too dire, he manfully limped back to the pits where the team were able to quickly diagnose a failed differential cooling pump as the culprit. Luckily, not too much damage was evident, so oil quickly changed, the team were back in business. A few laps behind, but with a much happier car that seemed to really come alive as Tom began to carve his way through the field for his stint. 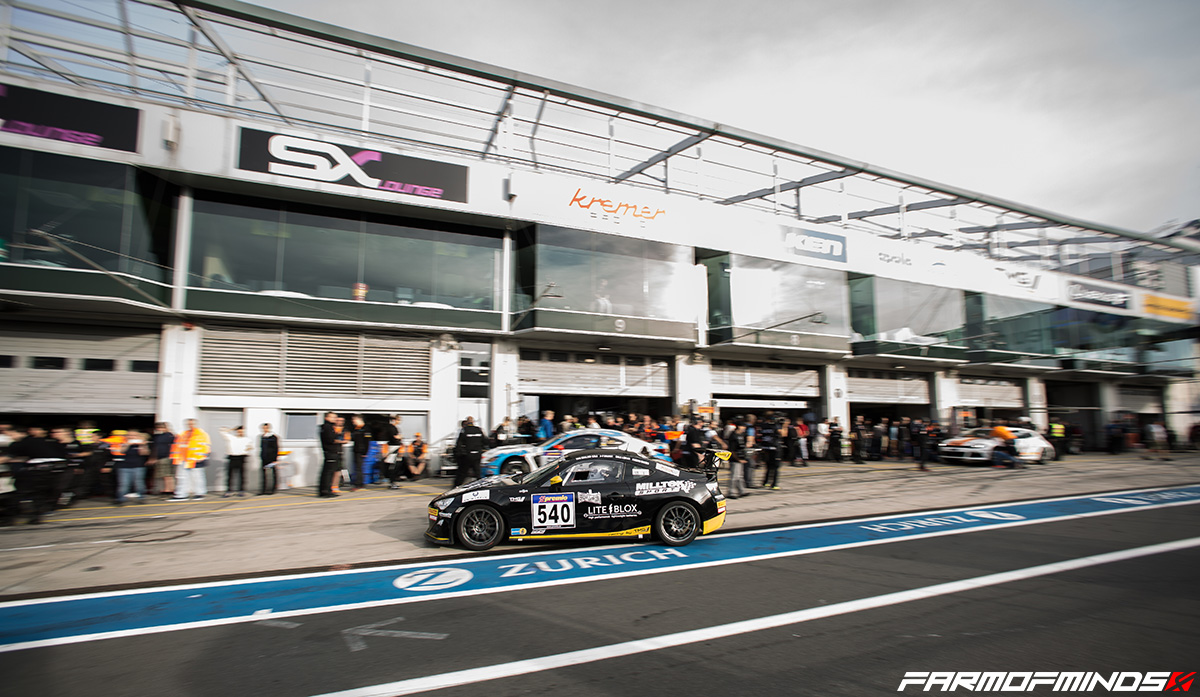 Having started fourth in class at the outset, the team drove sensationally, nursing the car and tyres for the remainder of the race to put in a sold drive and claw back those missing laps and minutes. Despite it being his maiden race outing at the challenging venue, Tom’s experience behind the wheel showed, keeping out of trouble and easing through the packed confines of a busy track and as he handed the car over to Luke for the final stint, the team was in third place – which Luke brilliantly managed to maintain until the flag – netting a dream class podium for the Milltek-backed team on its very first try. Quite some way to break your Nordschleife duck! 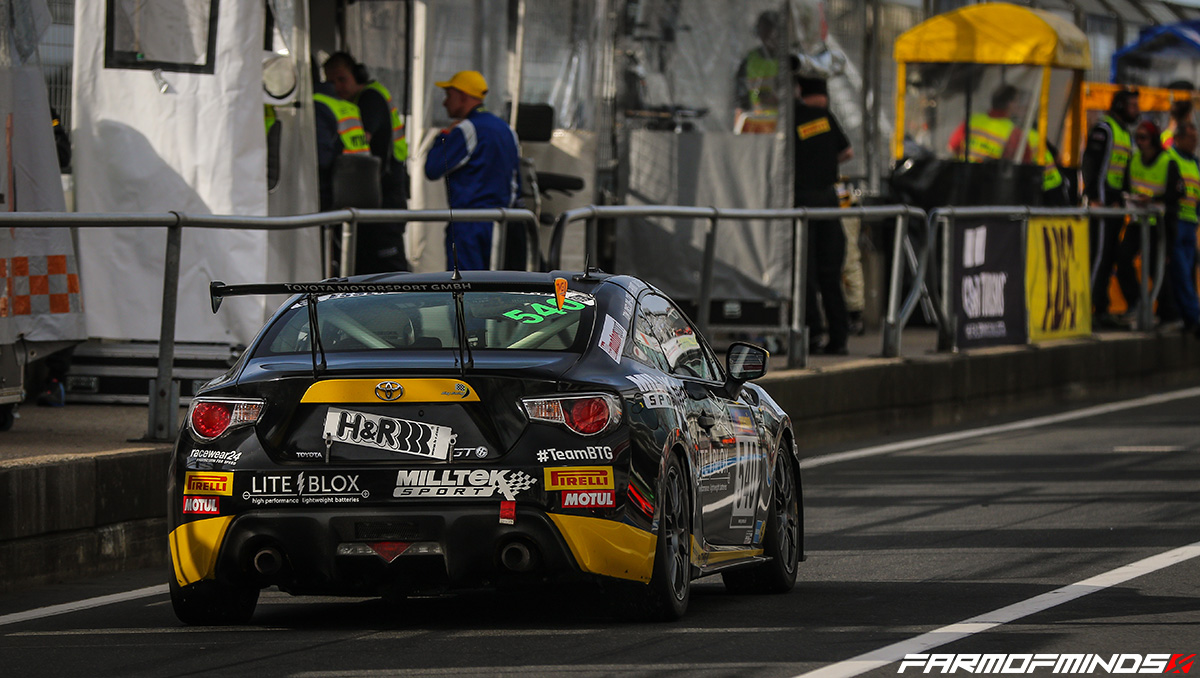 So how was it all, first time out? “You really have to have respect for the Nordschleife,” commented Tom. “The Toyota GT86 is the perfect car to learn the track, while enjoying some competitive racing in the single-marque cup class. When it comes to team-mates, Dale and Luke not only know this place inside-out but they are fantastic at sharing information. I couldn’t have asked for a better introduction to the ‘Ring.” 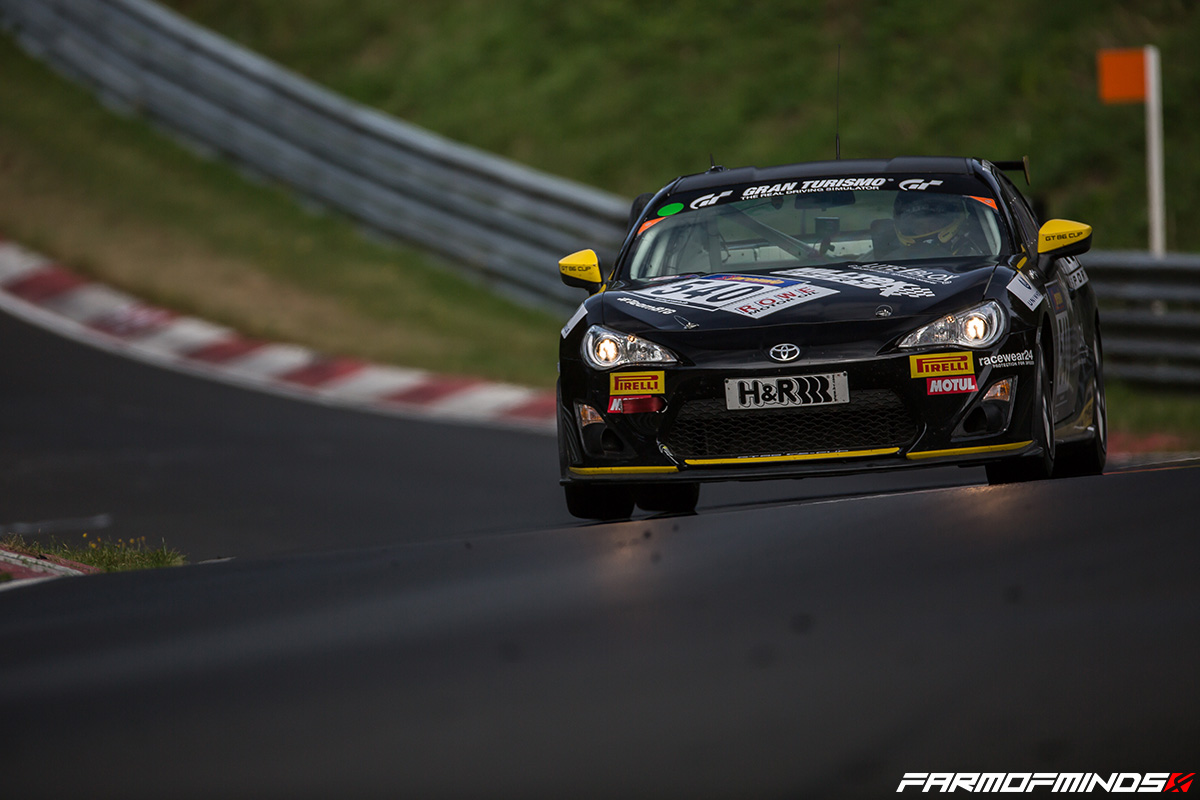 But what did the old hand reckon to the new boy’s performance on the first day of school? “I’ve been really impressed with the way Tom has tackled his first race,” smiled Dale. “We all knew he would be quick, but that’s not really enough here as there are so many other factors that are unique to this circuit. It’s so easy to come unstuck in a 6 hour race, so we’re all delighted for Tom that this inaugural outing has gone so well for him. Now all he needs is another VLN start and 5 more race laps – and we can get him upgraded to N24 licence status. That should be a fun day out for us all!” 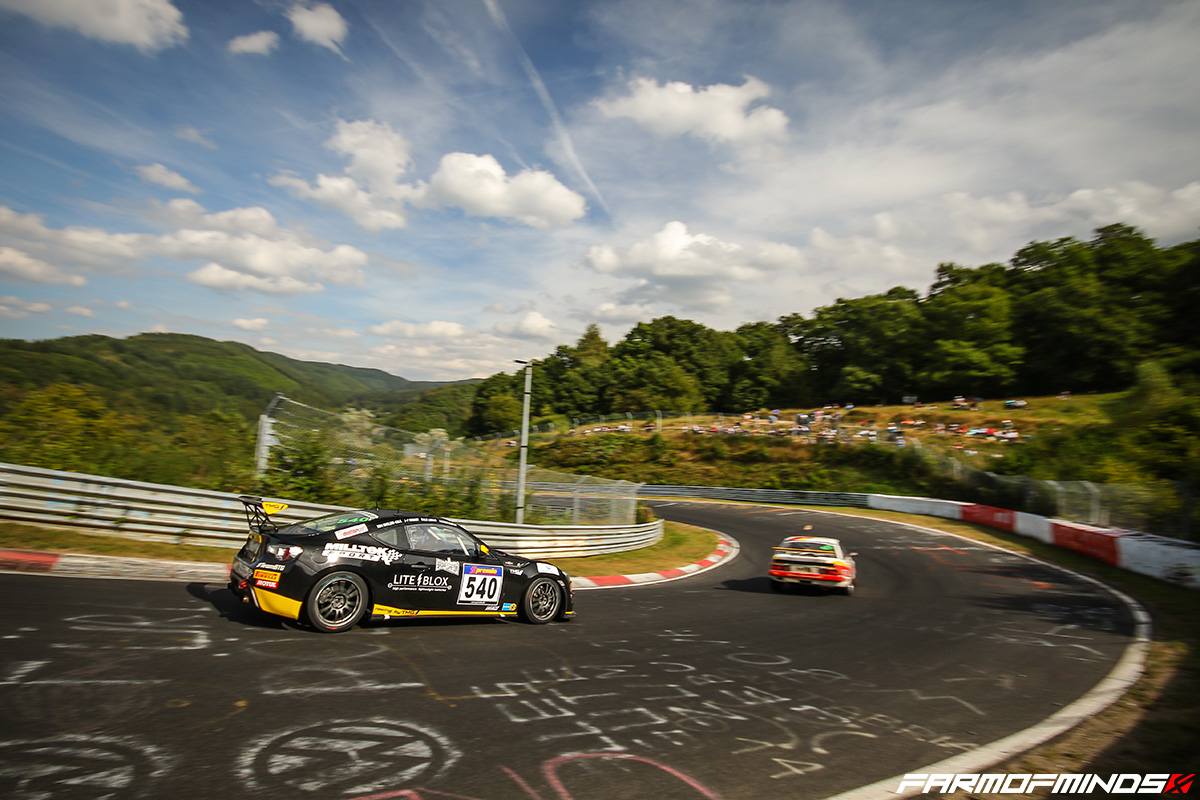 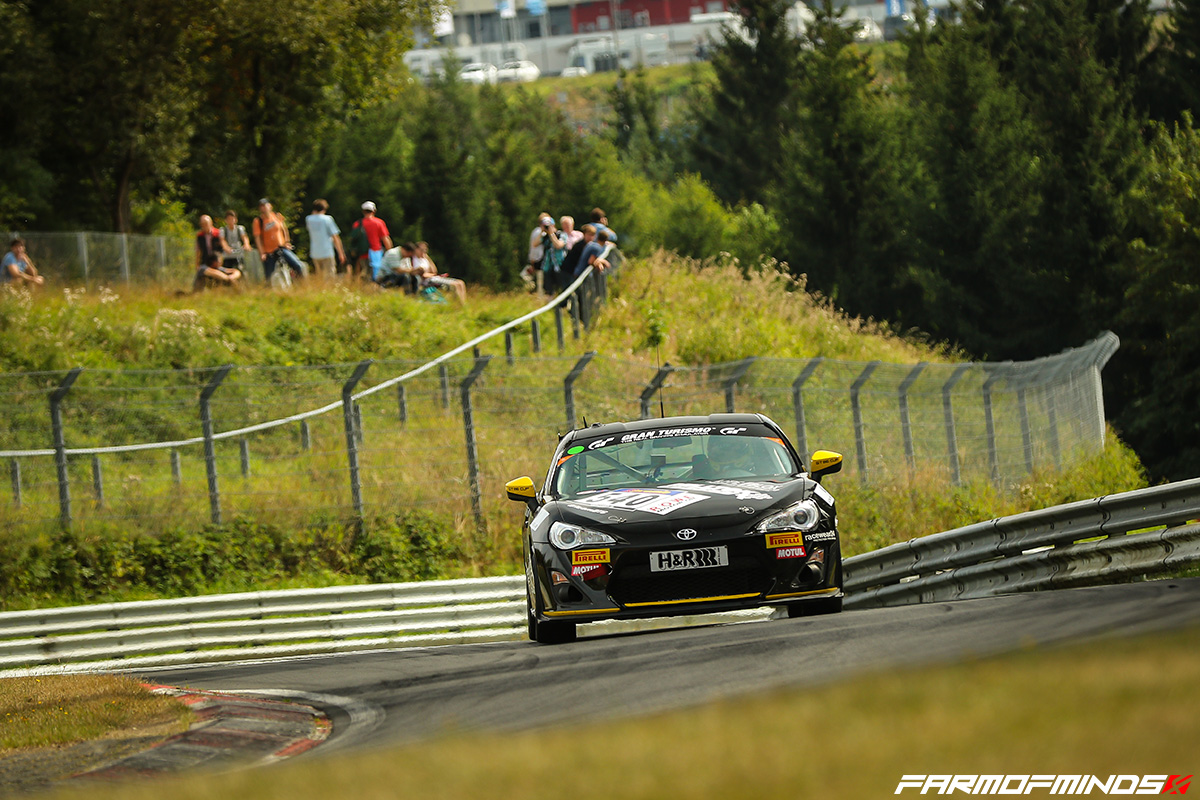 “I can’t wait to come back and race here again,” Tom continued. “I have a great respect for the circuit and the drivers who have mastered it. Seeing my Blancpain GT Series competition doing sub-eight minute laps is seriously impressive – the plan is to join them in the future. For now, I will continue to learn what is the most exciting and spectacular racing track in the world, giving it the respect that it requires.” 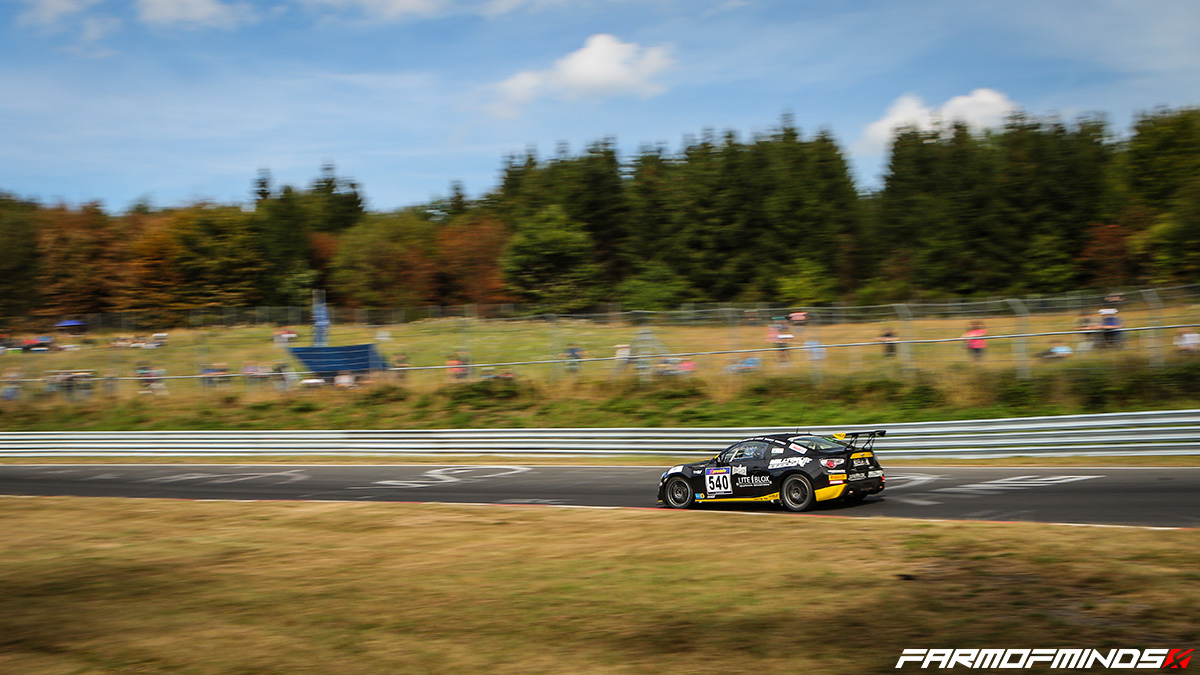 Tom will return to the Nürburgring in September for the final round of the Blancpain Endurance Series Cup, although this time, he’ll be on the GP circuit in a Bentley GT3 – with a mere 1000km to cover. One thing’s obvious though. It’s clear this talented chap has a very bad case of ‘Ring Worm’ now, and clearly has a taste for the place. Expect to see much more from Team Milltek at the world’s most iconic motorsport venue over the next 12 months… 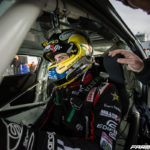 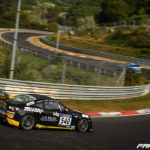 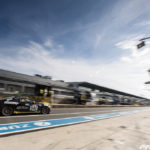