For some cars, wings, wheels and wide arch bodies are all part of ‘the look’. Take the RX-7 for example – it’s very rare to see a nice looking FD that isn’t sporting some kind of GT wing and a nice bodykit. A lot of this is down to the manufacturer’s design, since the basic shape is a bit low-key and subtle, and these mods really help to bring out the character of the base car. 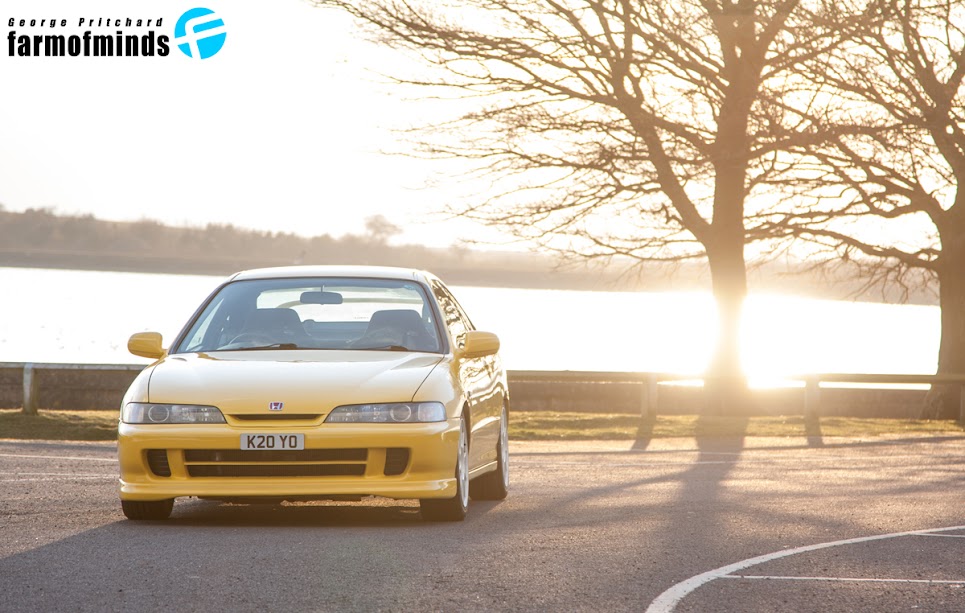 At the other end of the scale is Honda, where less is almost always more. Type-R models have a purity of purpose that comes through in the design of the base car, and most owners reflect this in the way they choose to upgrade their vehicles. Matt Howard’s DC2 Integra is a shining example of this, but as with a lot of modified Hondas, the standard look of this ride hides a complete and comprehensive upgrade of almost every facet of the original car.

Starting out with an almost bare, late-spec JDM shell that he saved from the scrap yard, Matt set about rebuilding the car from the ground up to create his vision of the perfect upgraded Integra. At the heart of this project is a full K20 conversion sourced from a 2003 Civic Type R. Whilst this is a fairly popular upgrade to the old B-series engine, it’s still a big project in its own right, requiring the engine to be re-orientated to fit in the Integra’s engine bay, a hybrid wiring harness and someone who’s well practiced with a grinder. 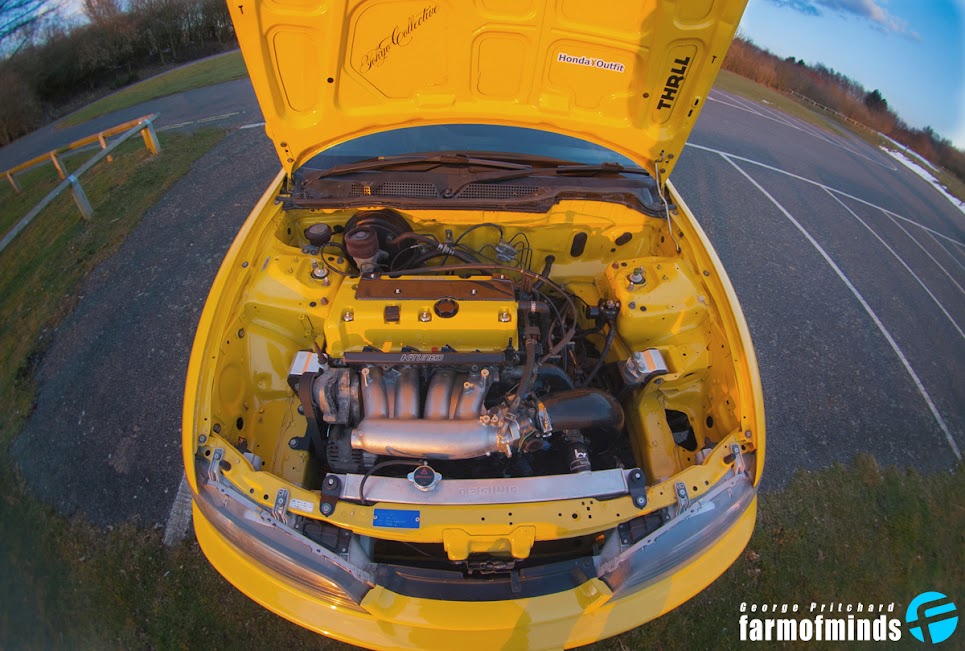 Matt also took the time to upgrade the base engine as well, adding an RBC intake manifold, Tegiwa headers, Mugen Twinloop exhaust and a Hondata K-Pro ECU to make the most of the more powerful engine. As part of the ‘less is more’ approach, the engine bay has received a full wire tuck, including relocating the battery and fusebox to the boot to improve the standard car’s 62/38 weight distribution. 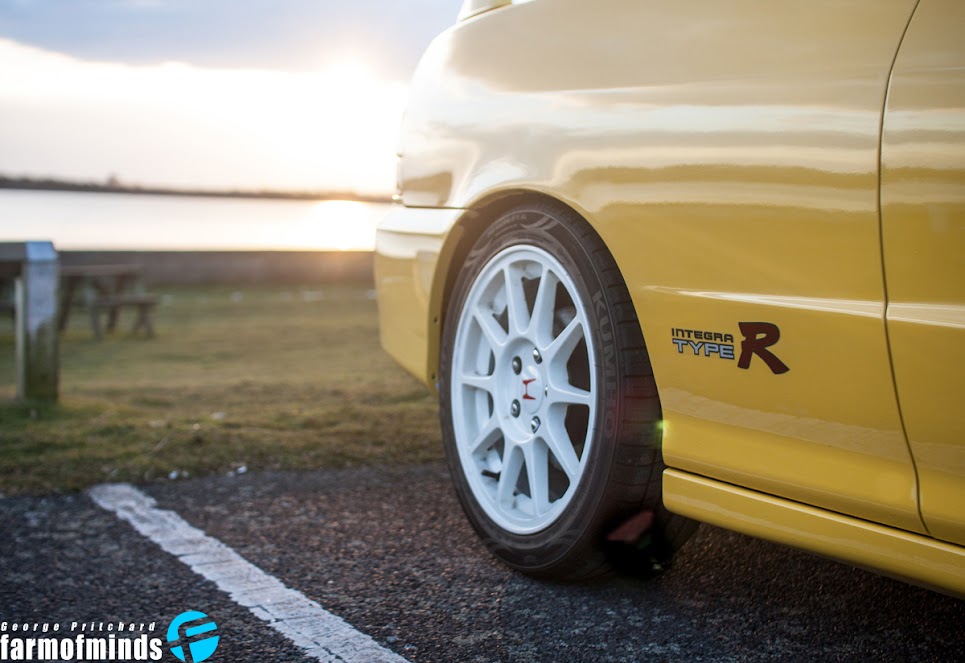 Turning his attention to the chassis, Matt has fitted a set of Racing Logic coilovers running on OEM wheels for day-to-day driving, complimented by a set of S2000 wheels on sticky A048R rubber for when he’s out on track. The car is based in the UK, which means the suspension needs to deal with plenty of potholes, speed humps and broken tarmac on a daily basis. This is reflected in the Integra’s stance: not dropped too low, not riding too high, perfectly set up to go fast at any opportunity. 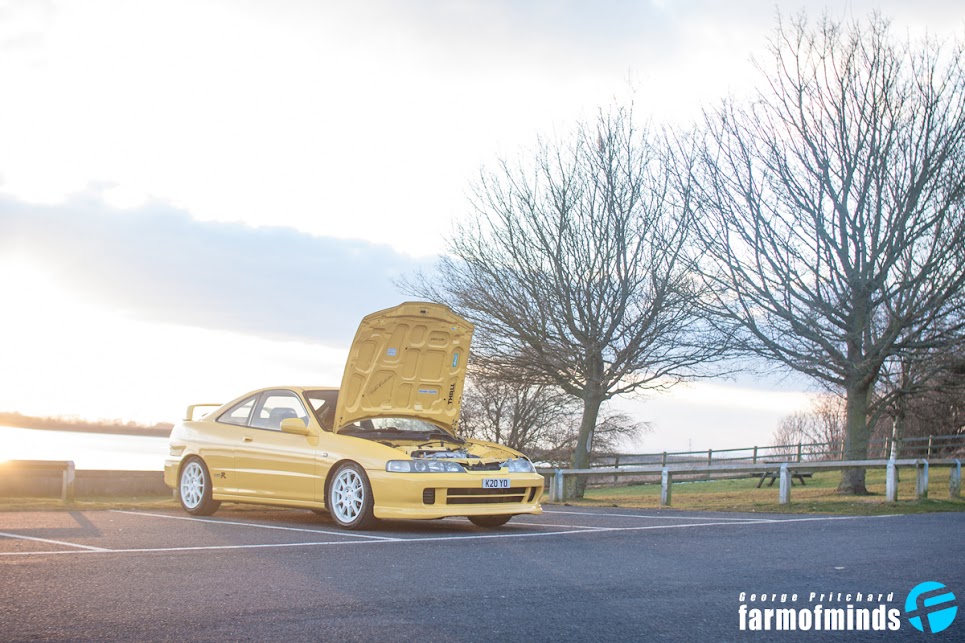 To help slow things down there are CRN grooved discs up front, with Project Mu pads and braided brake lines all round. Whilst this might seem overkill for such a light car, in reality it means Matt can keep lapping the track without encountering any brake fade issues, and really exploit the extra grip offered by the A048’s. 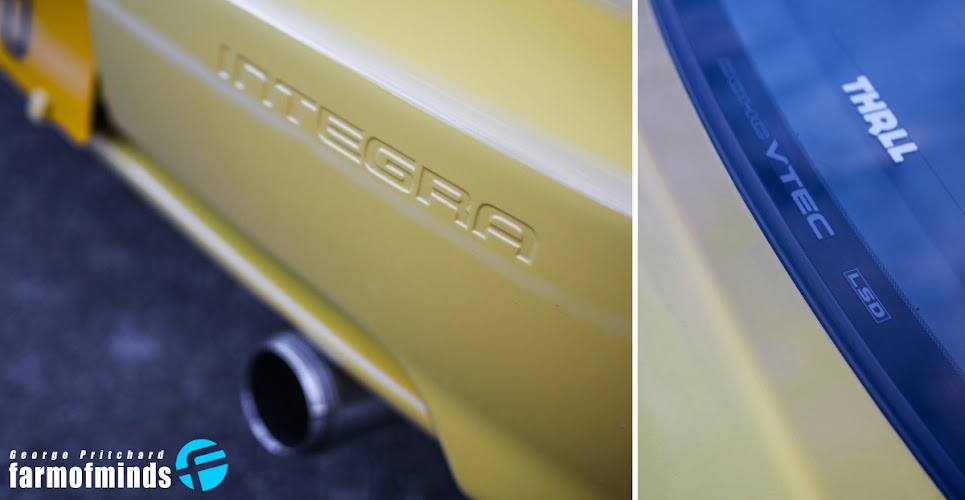 Everything else on the car has been kept almost completely standard, which makes this Integra a sort of unlikely Q-car. With so few visual clues to its 240bhp performance, no doubt a lot of people have been surprised by just how well this 14 year old car keeps pace with newer metal. 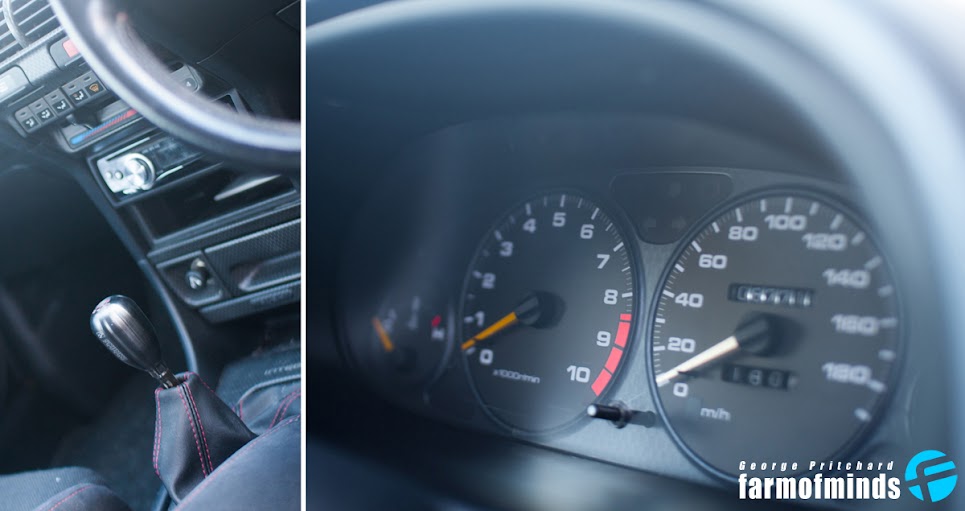 As with all great modifying projects, there are more upgrades to come, and the Integra will soon be going for a gearbox rebuild including LSD fitment and a shorter final drive to really improve the acceleration on offer. There’s also talk of a potential supercharger conversion, which could turn this nicely fettled Integra into a true monster! Having got the car to this spec in just six months, it’ll be really interesting to see what Matt has come up with in another six… 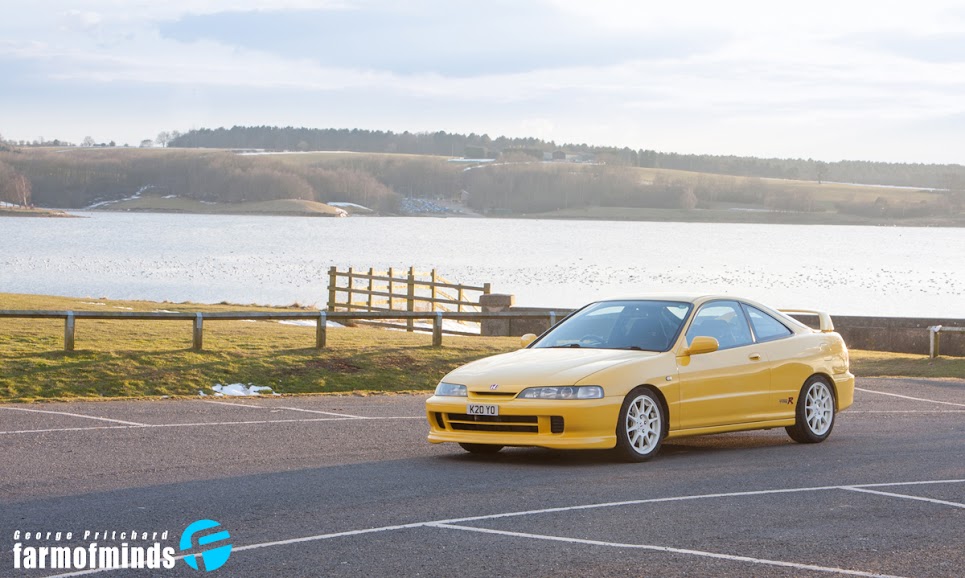 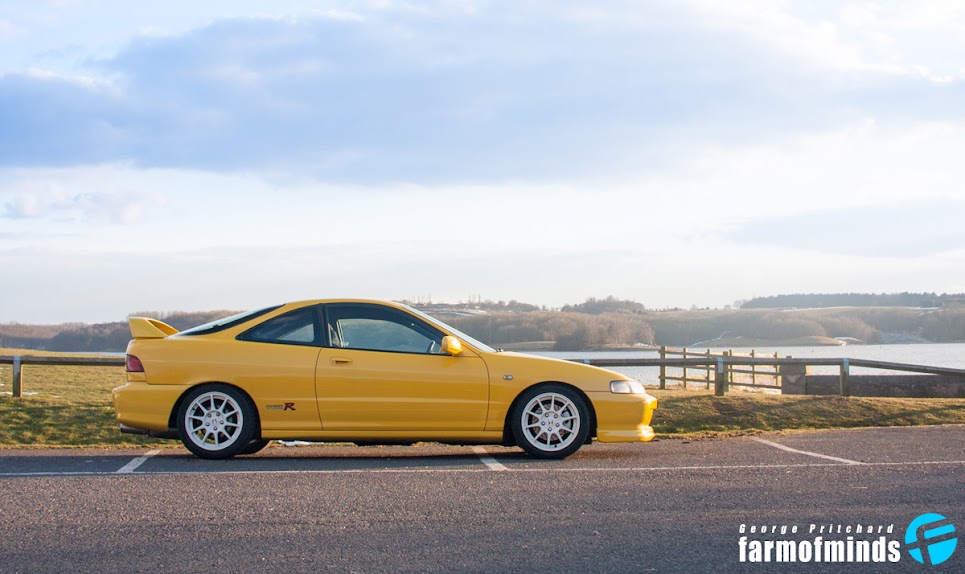 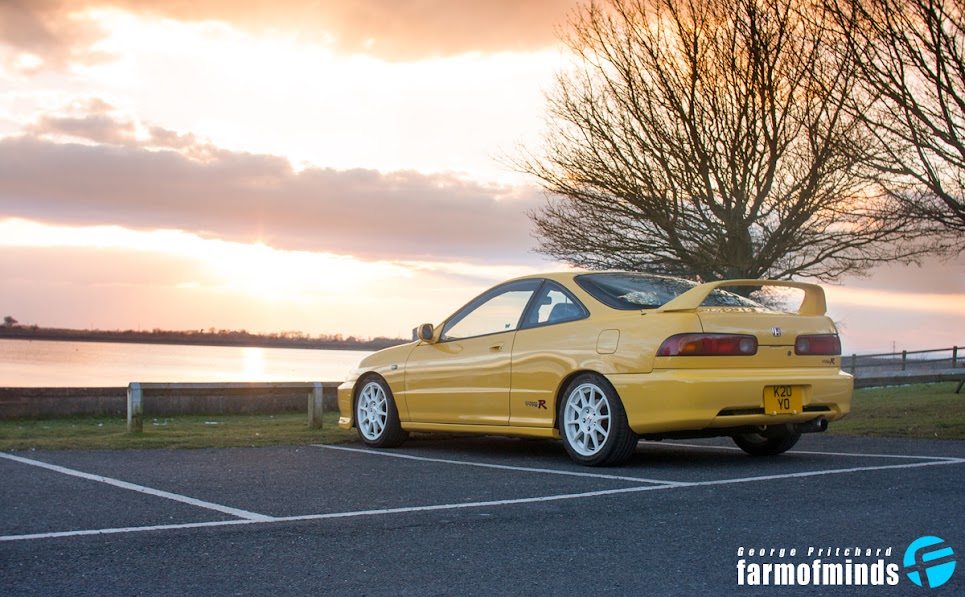 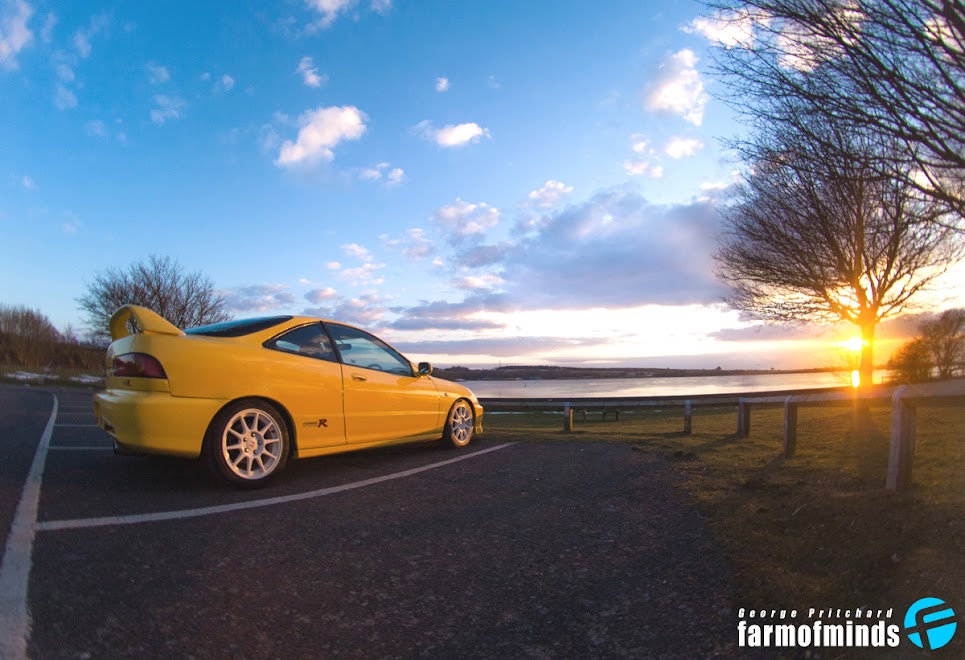 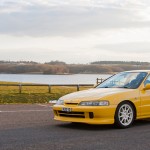