Of all the hot Skyline models, the four door variants have always received the least love. Unlike the Impreza and Evo, which were always designed as sedans, the muscular Skyline look was based on the coupe bodystyle, and always looked a bit ungainly as a four door sedan. Then along came the Blitz ER34 D1 drift car and everything changed, proving that four door Skylines could look every bit as aggressive as their two door brethren. Junya’s ER34 sedan clearly subscribes to the idea that four doors are better than two, and he has come up with a car that stands out by being understated and clean where most Skyline’s are extrovert and aggressive. 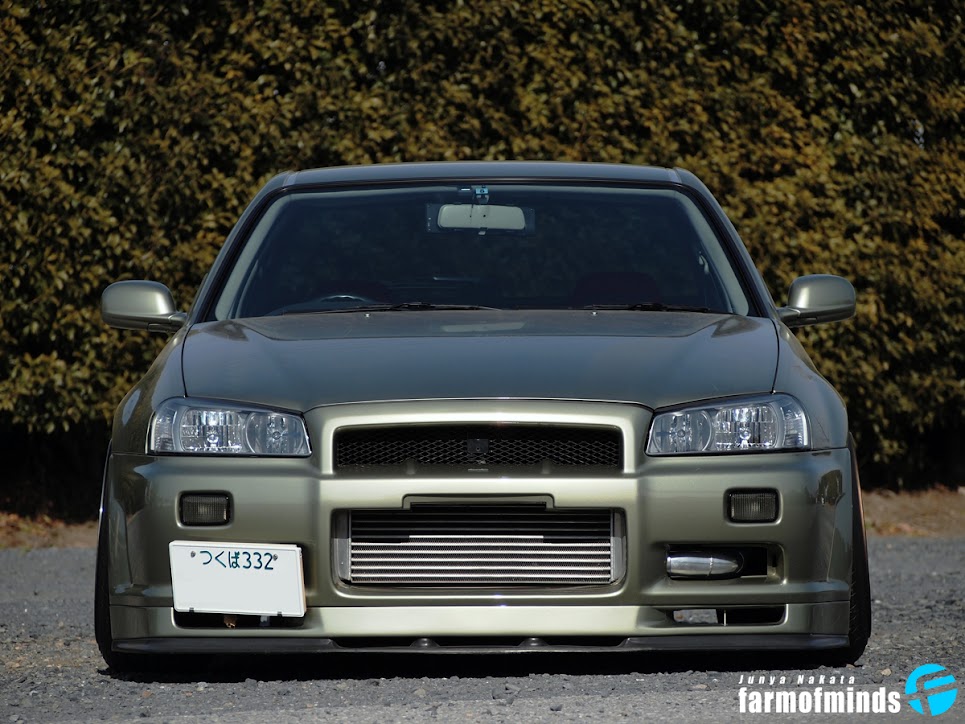 Up front there is an R34 GT-R front end conversion consisting of genuine BNCR34 bonnet, bumper, splitter and wings. This helps give the car a much wider stance, which is set off nicely against the 10.5” wide Volk TE37 SL wheels with an aggressive +22 offset. The whole lot has then been dropped nice and low on a set of Ikeya Formula coilovers, and a healthy amount of negative camber dialled in to complete the ground-scraping look. 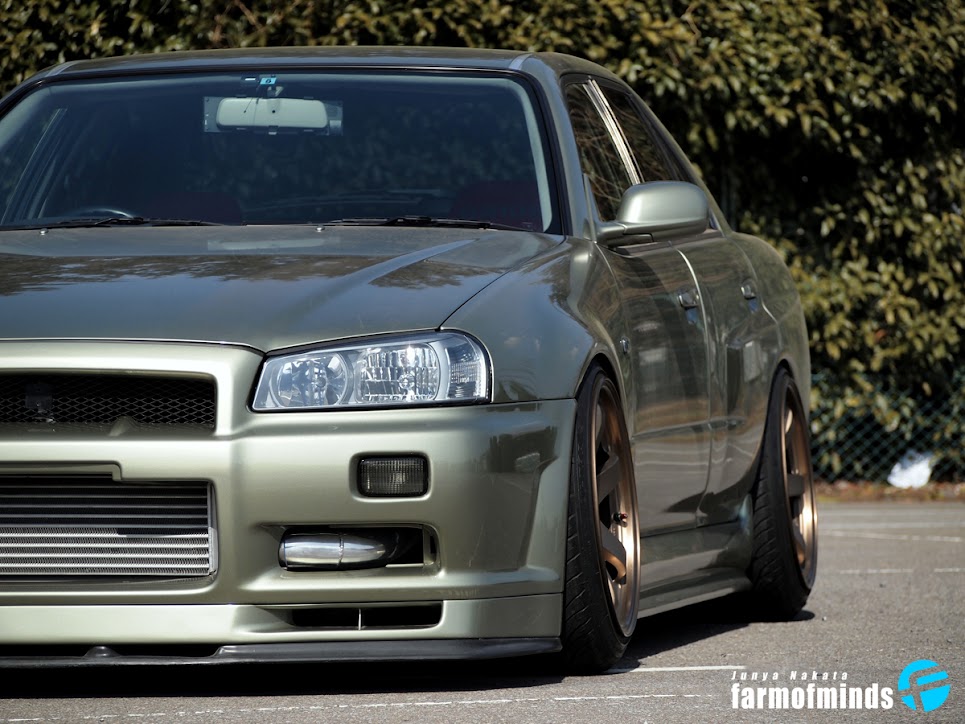 Taking styling queues from the Blitz car, a full URAS bodykit has been added, along with BNCR34 rear quarters to compliment the wider front end. Rather than taking the usual route of installing some GT-R rear light clusters, Junya has kept the stock four door items and added subtle roof and boot spoilers along with a custom Euro style exhaust to create one of the most distinctive and individual rear ends that has been seen on a Skyline. 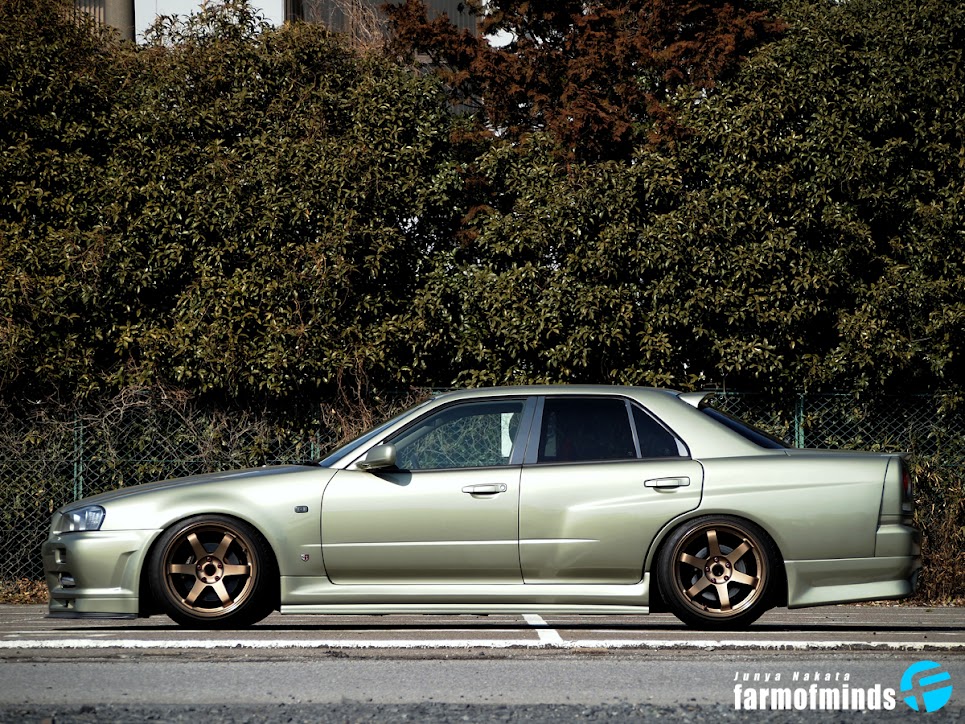 Under the bonnet the 2.5 litre straight six turbo engine has been left largely untouched aside from the intake and exhaust, plus a large intercooler to fill the R34’s gaping front bumper. Despite starting life as an auto, the ER34 has also received a full manual conversion in preparation for some serious engine upgrades in the future. 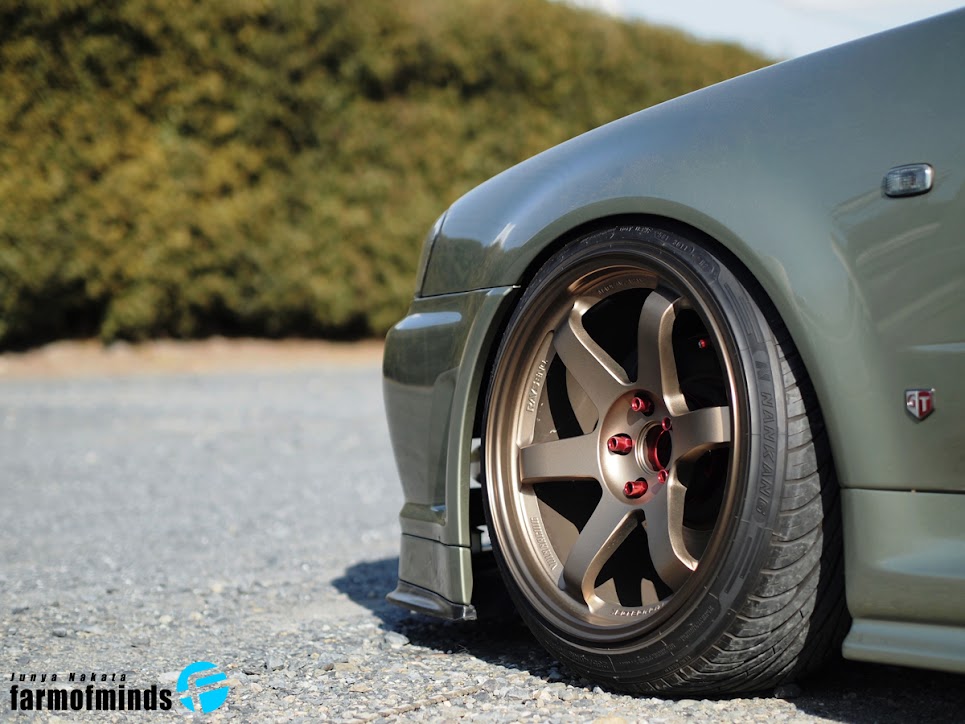 Junya describes himself as having a passion for ER34 four door sedans, and it really shines through in the car he has created. This car is a testament to its owner’s enthusiasm for the four door shape, and proves you don’t have to own a GT-R to have a properly sorted Skyline.   Junya also sent us some additional photos so you can see the alternate set of TE37’s he is running! 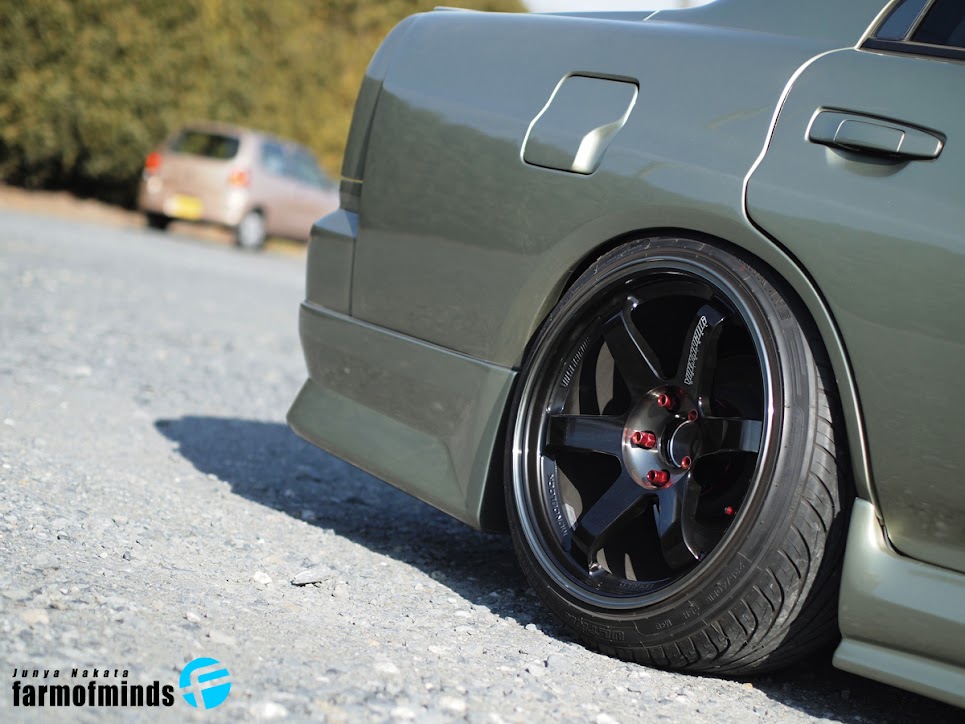 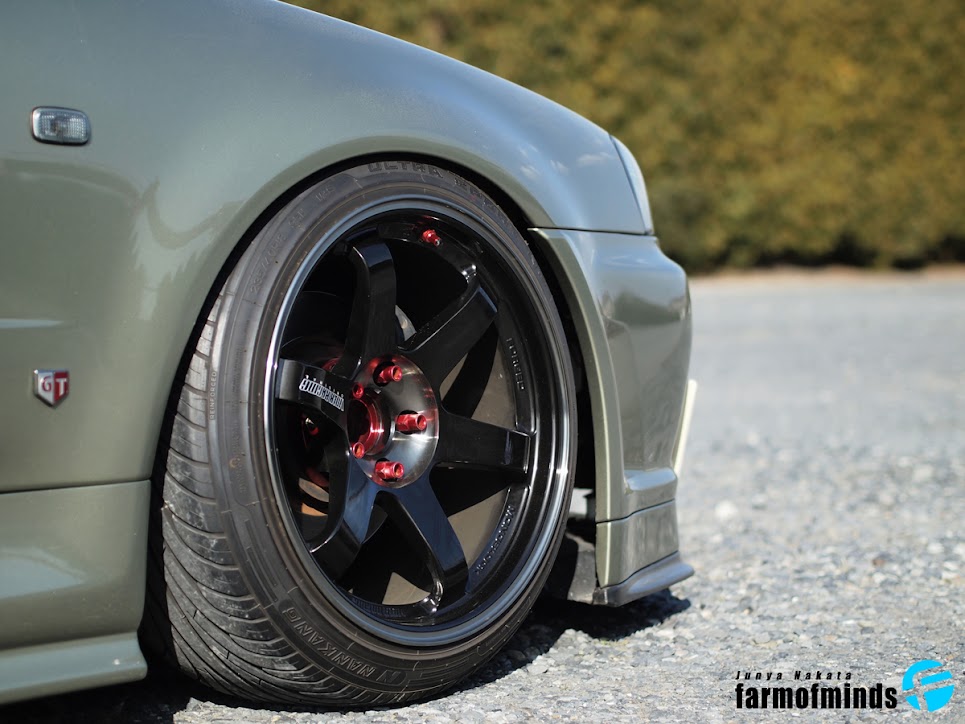 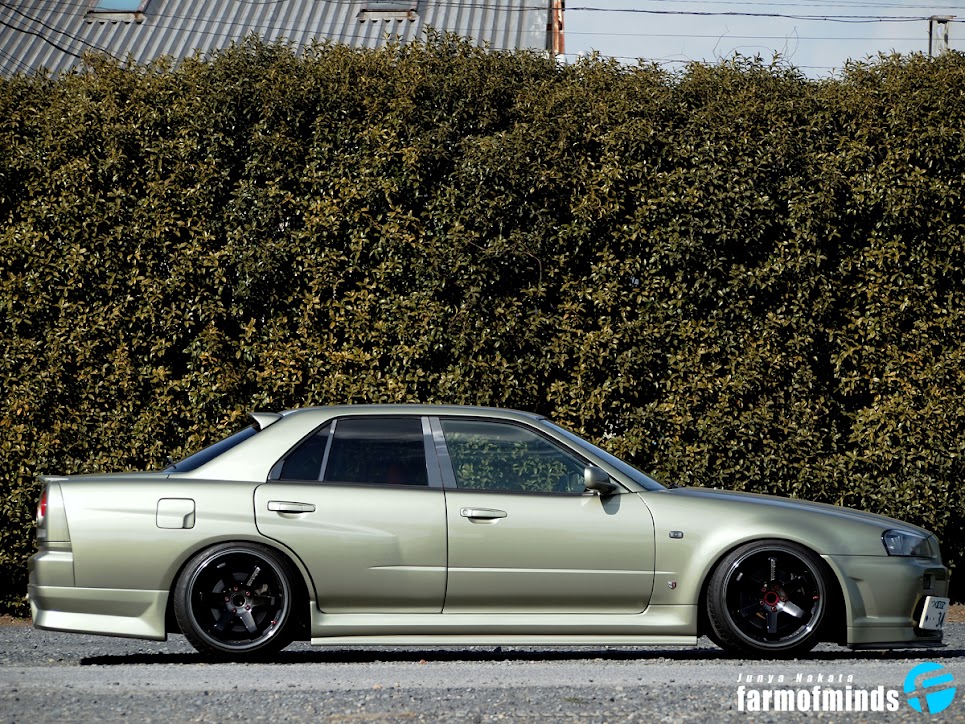 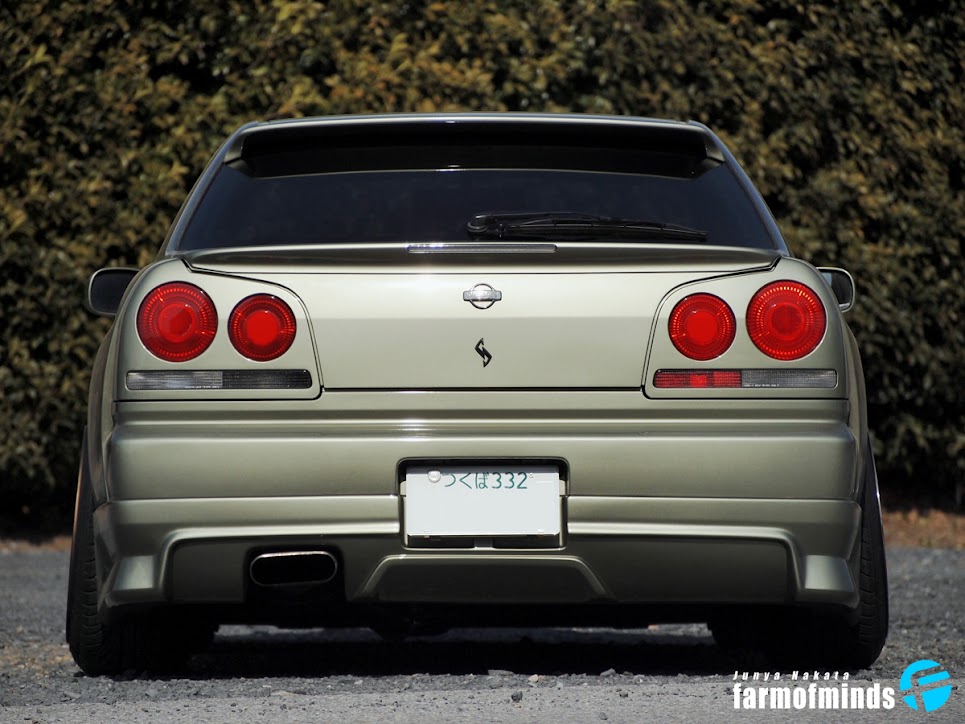 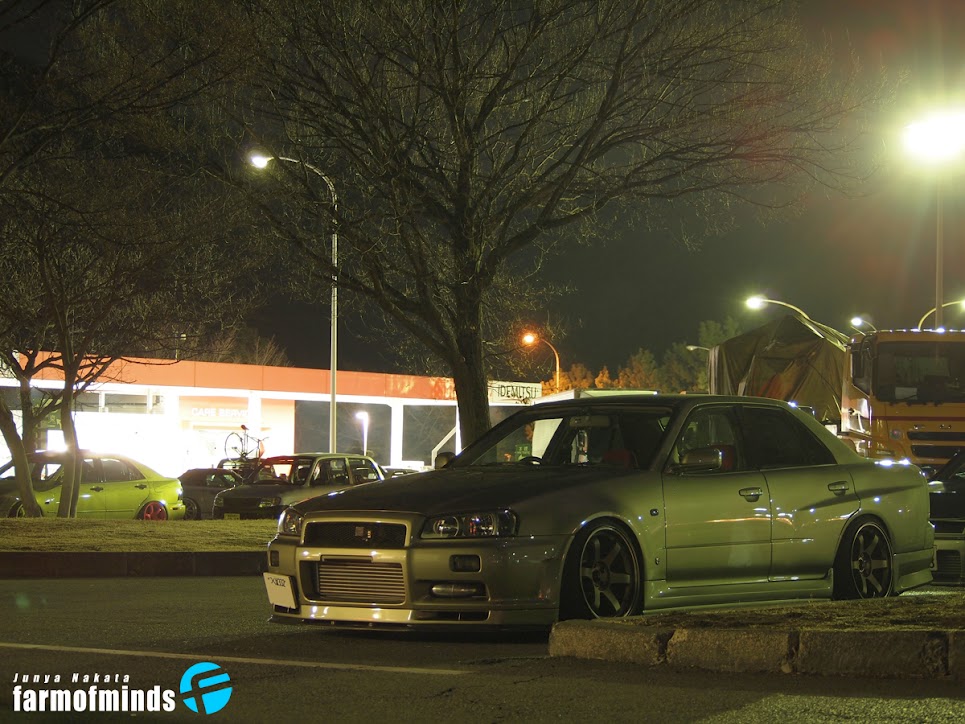 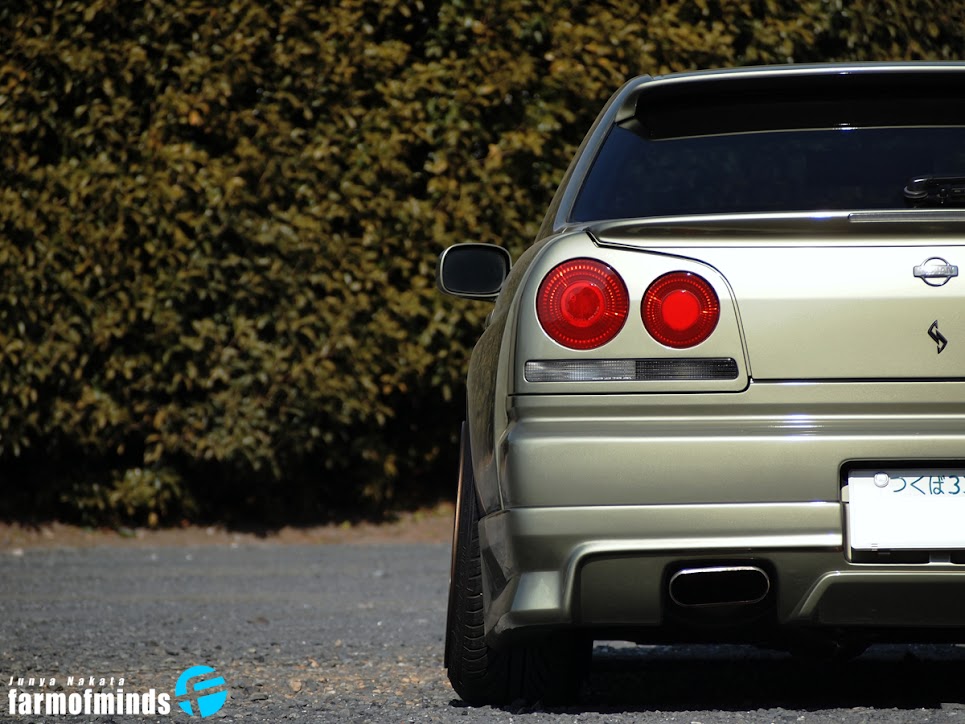 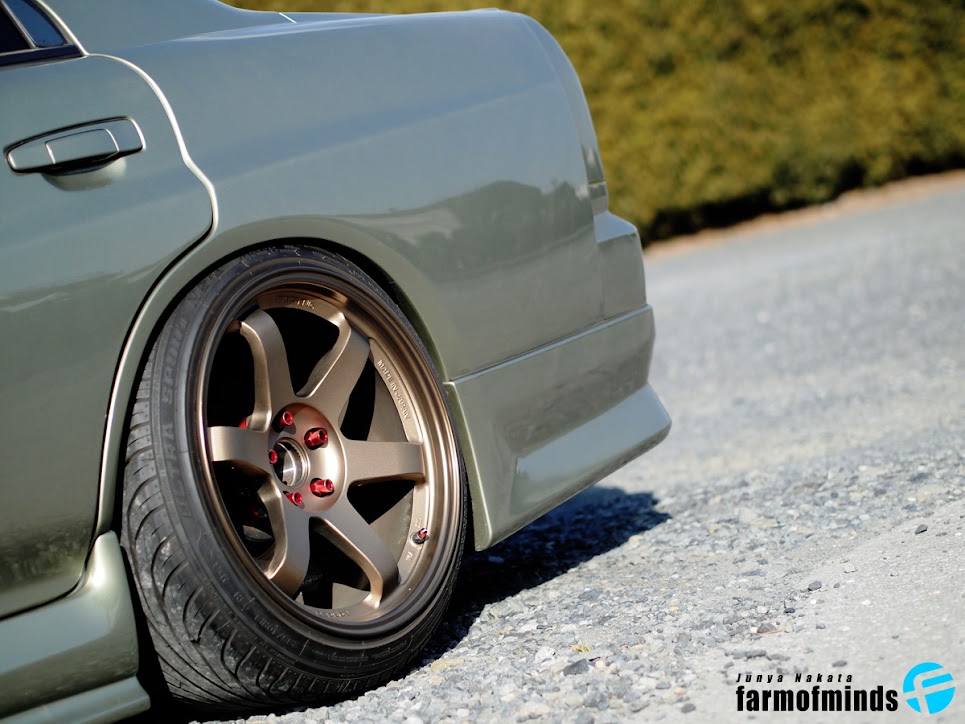 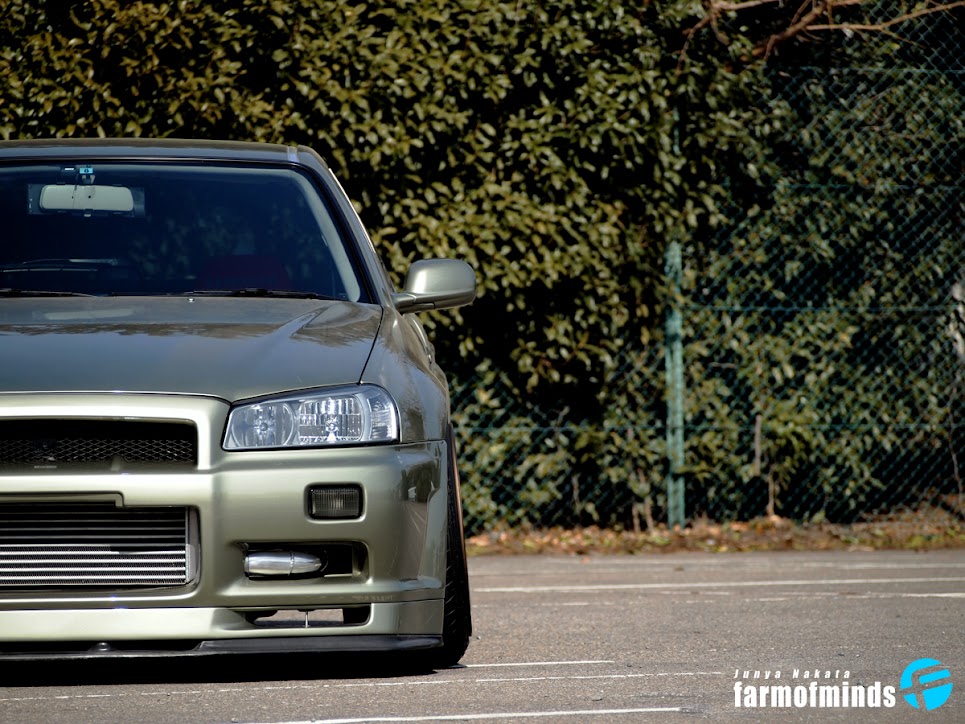 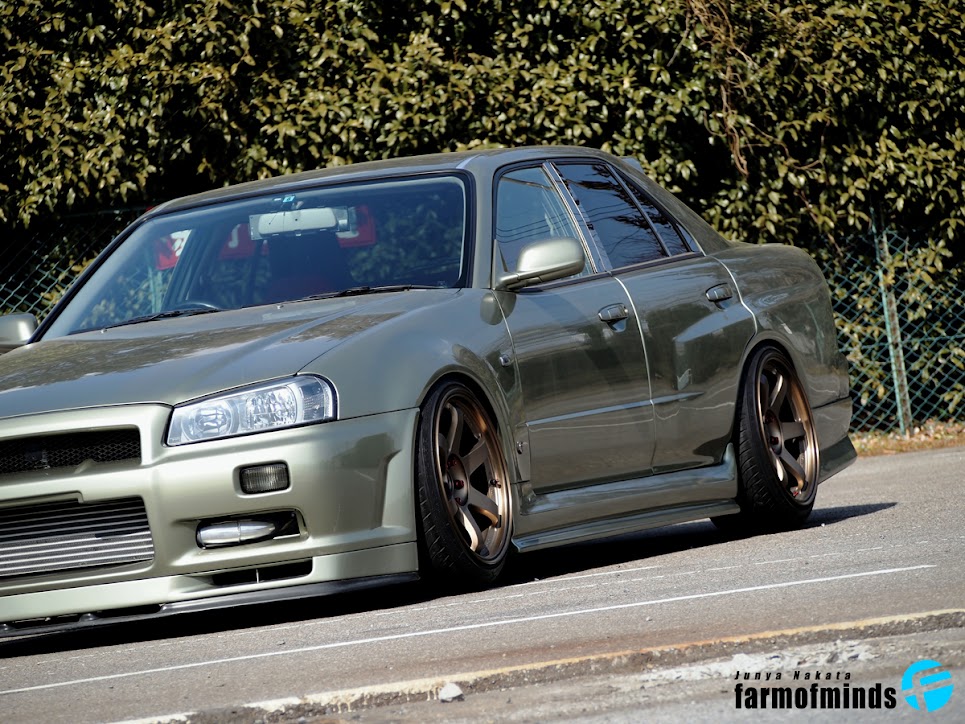 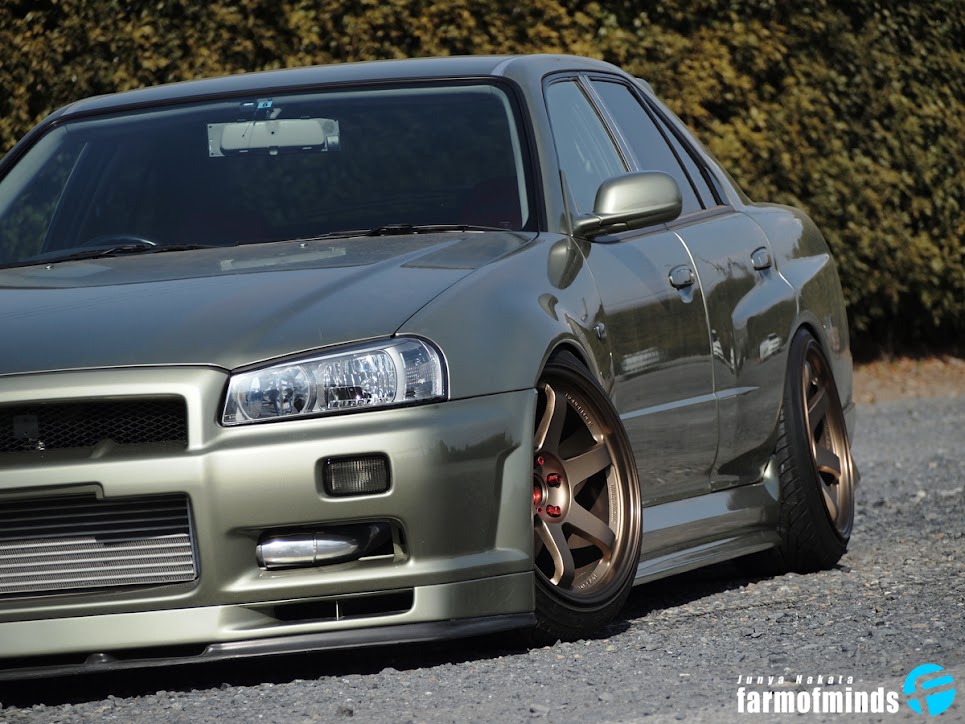 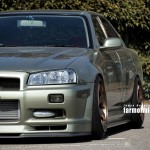