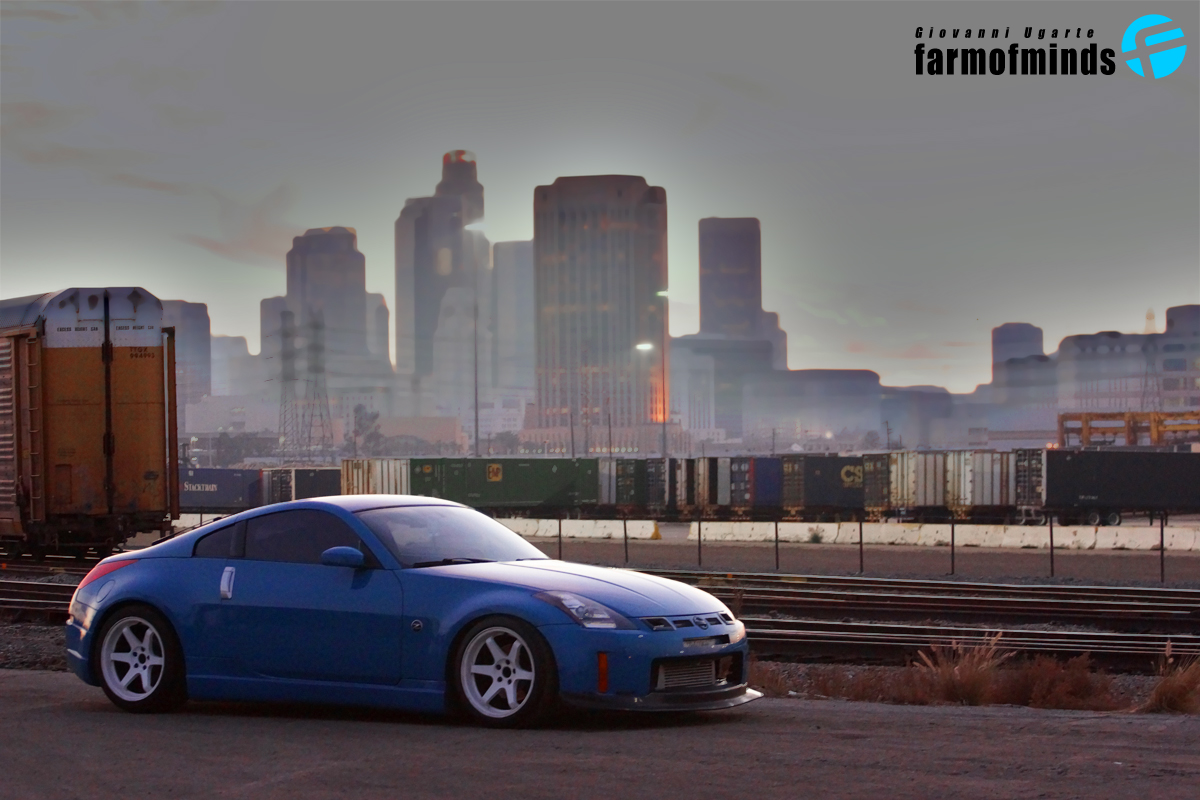 “After the Nissan 300ZX was withdrawn from the U.S. market in 1996, Nissan initially tried to keep the Z name alive by re-creating the 240Z the following year,” but that didn’t go as planned. After the concept design of the 240Z was introduced in 1998, Yoshihiko Matsuo, who is the original designer of the 240Z, really wasn’t satisfied with the design; so back to the drawing board they went. Then a couple of years later, president Carlos Ghosn, made the announcement that a new Z design was a must in order to bring up the Nissan name. “The Z Concept was unveiled in Detroit Motor Show two years later, with a new front end. The car then underwent a minor redesign and was eventually assigned the VQ35DE engine rather than the original thought of KA24DE, hence becoming known as the 350Z”

I remember when I first set eyes on John’s 350Z, it was at a local car meet down over at Burbank, California. My first reaction was, “oh man, is that an intercooler?” I didn’t want to be “that guy” and start asking all sorts of questions, but hey, John had one of the cleanest 350Z’s I’ve yet to come across, and I wasn’t going to pass up the chance to meet another Z enthusiast. 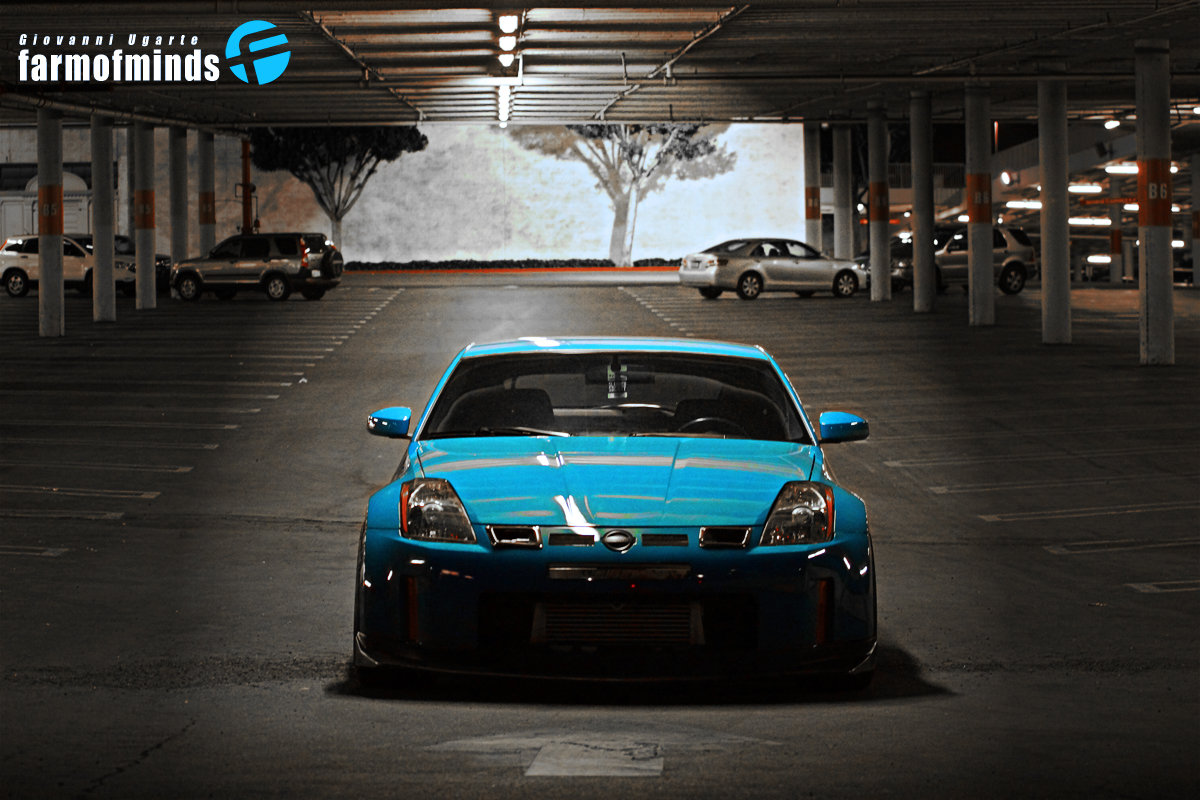 As I got to talking to John, I ended finding out that the car was indeed boosting, but it was no turbo under the hood. John is running a Vortech V2 Supercharger with a huge Spearco intercooler to keep the engine as cool as possible. I was blown away when i found out it was supercharged and not turbo; I’ve seen many turbo 350Z’s before, but it’s rare when I come across a supercharged one, specially this clean. 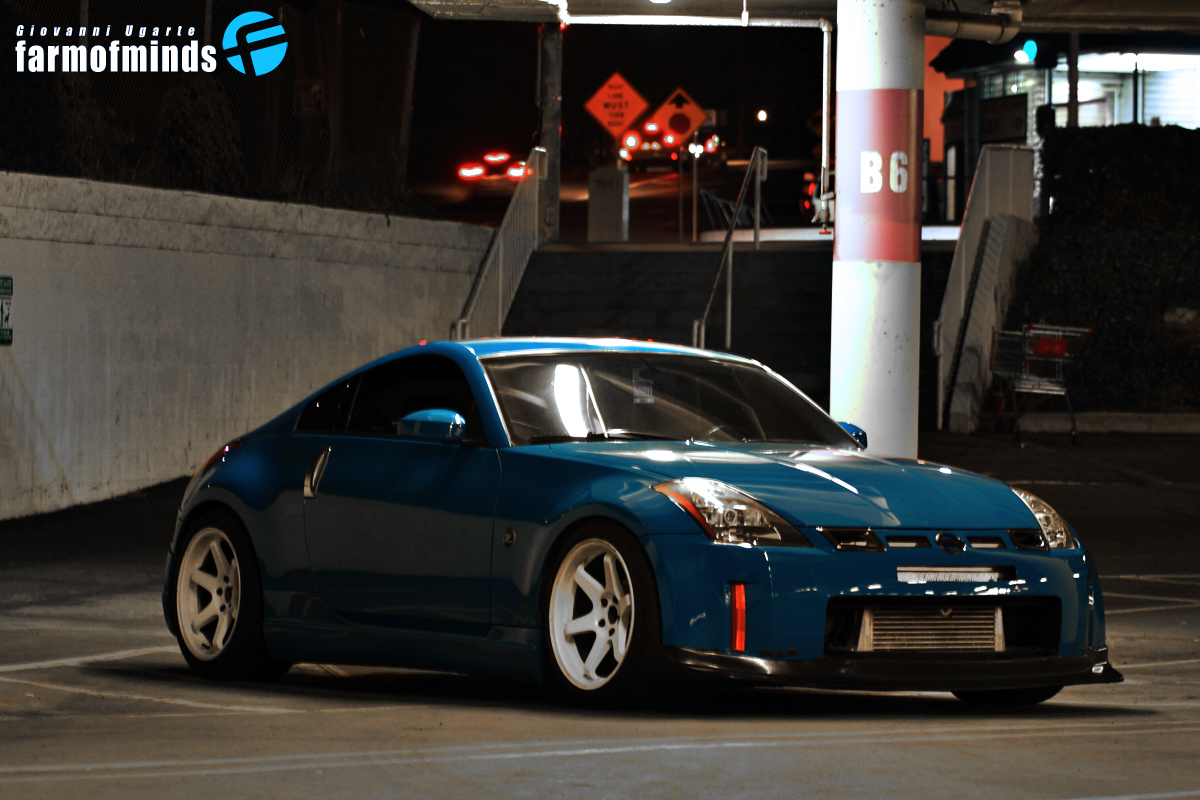 Another fine detail that caught my eye was the custom Laguna Seca Blue stage 3 paint. The paint job flows beautifully with the white wheels that are wrapped around with some Hankook V12 rubbers. This Z is seriously built to handle, and can be seen going “sideways” from time to time, but that’s a different story. 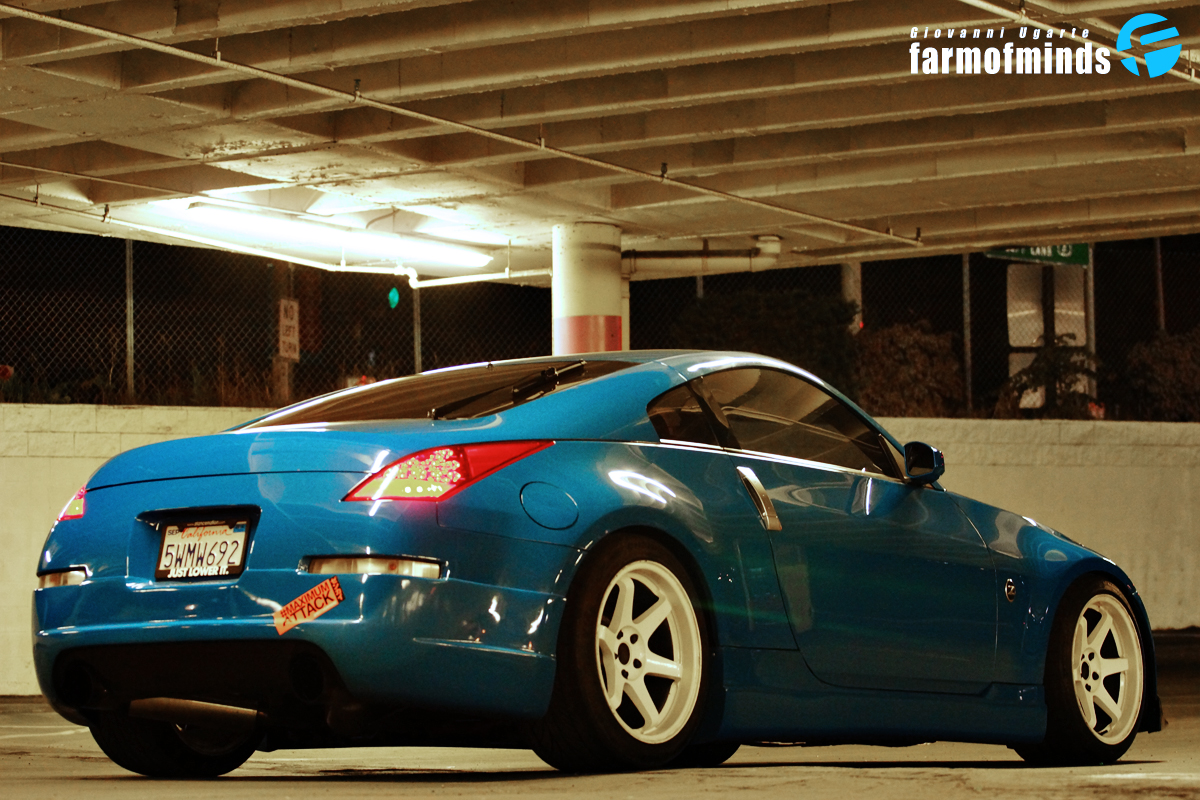 Although John has only owned this car for about 6 months, and loves everything about it, he plans on changing it up a bit in the near future. I personally can’t wait to see what he ends up doing, whatever it is, be assure he will be an eye catcher at local Southern California car shows and gatherings! 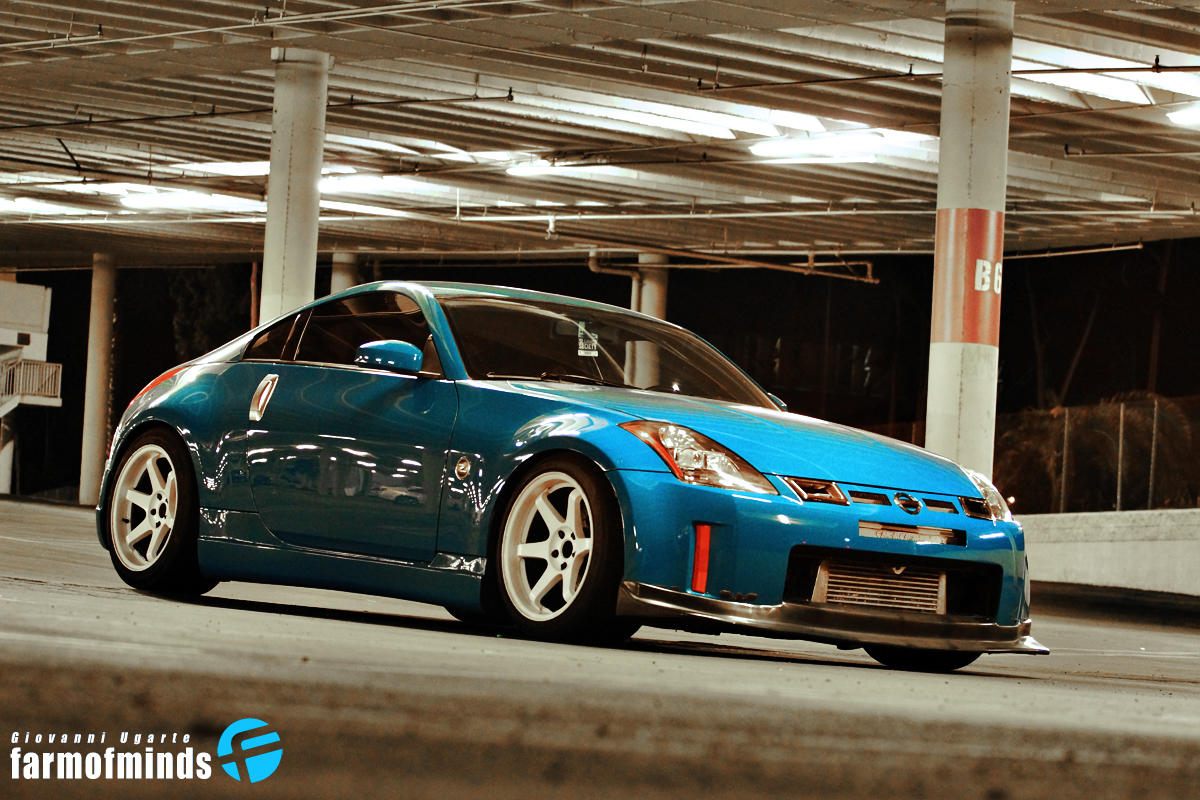 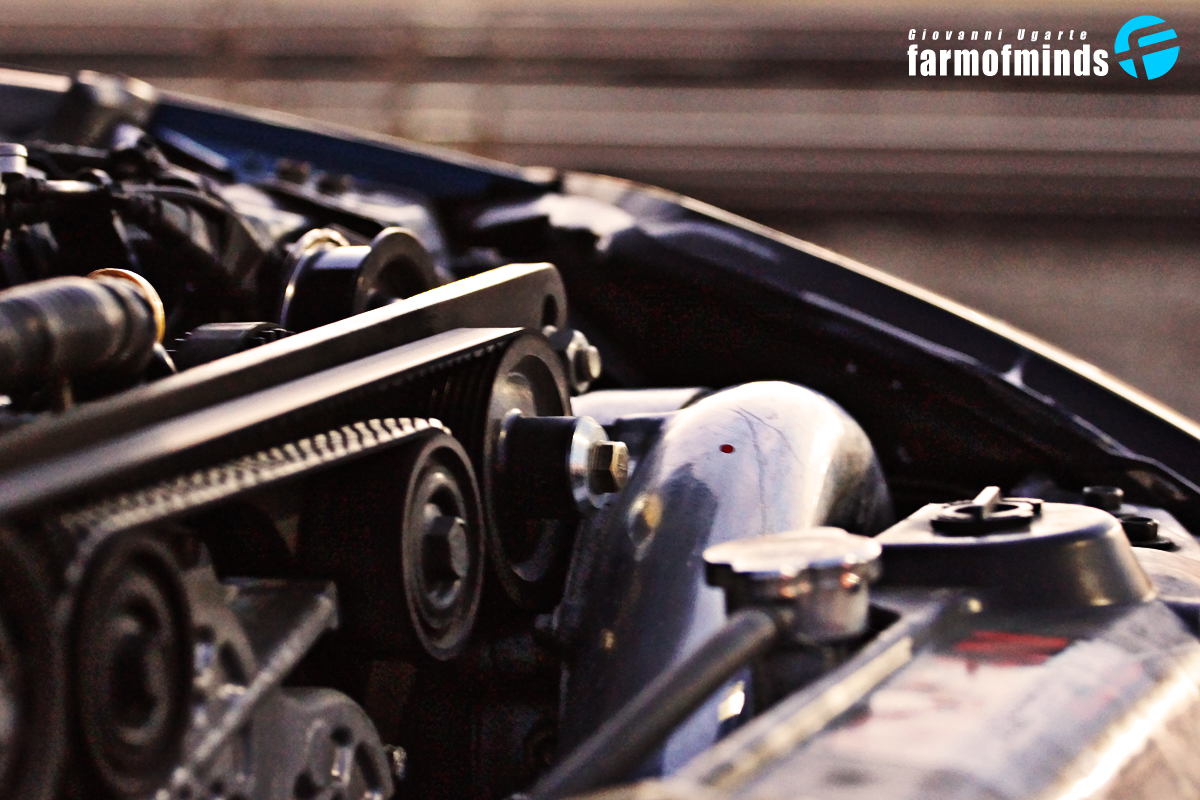 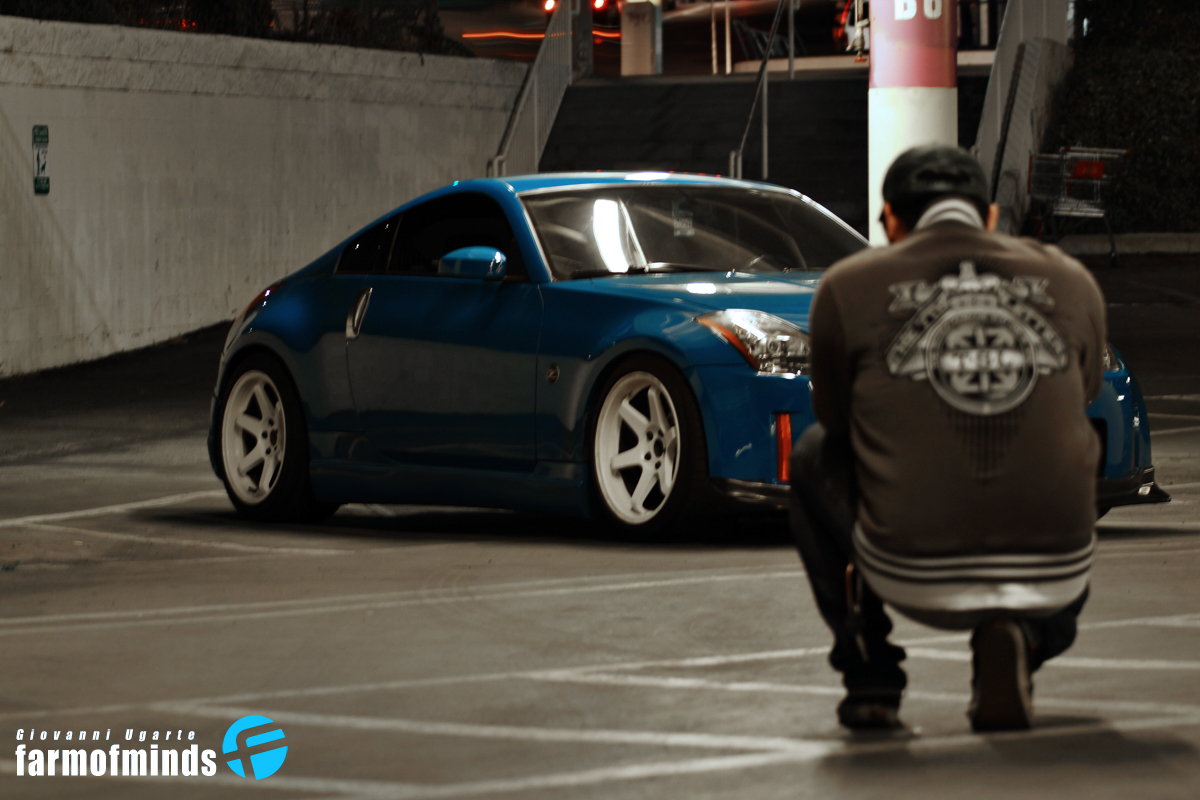 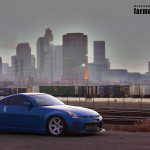 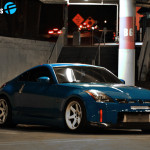 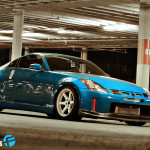 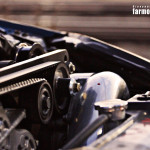 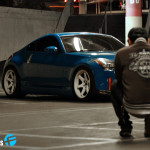