Japan has given us some of the greatest engineering marvels in the modern world. Anyone who has travelled through Japan, has probably faced a dilemma. To either travel from the north to the south by plain or by train. Not any type of train, but the Japanese bullet train. 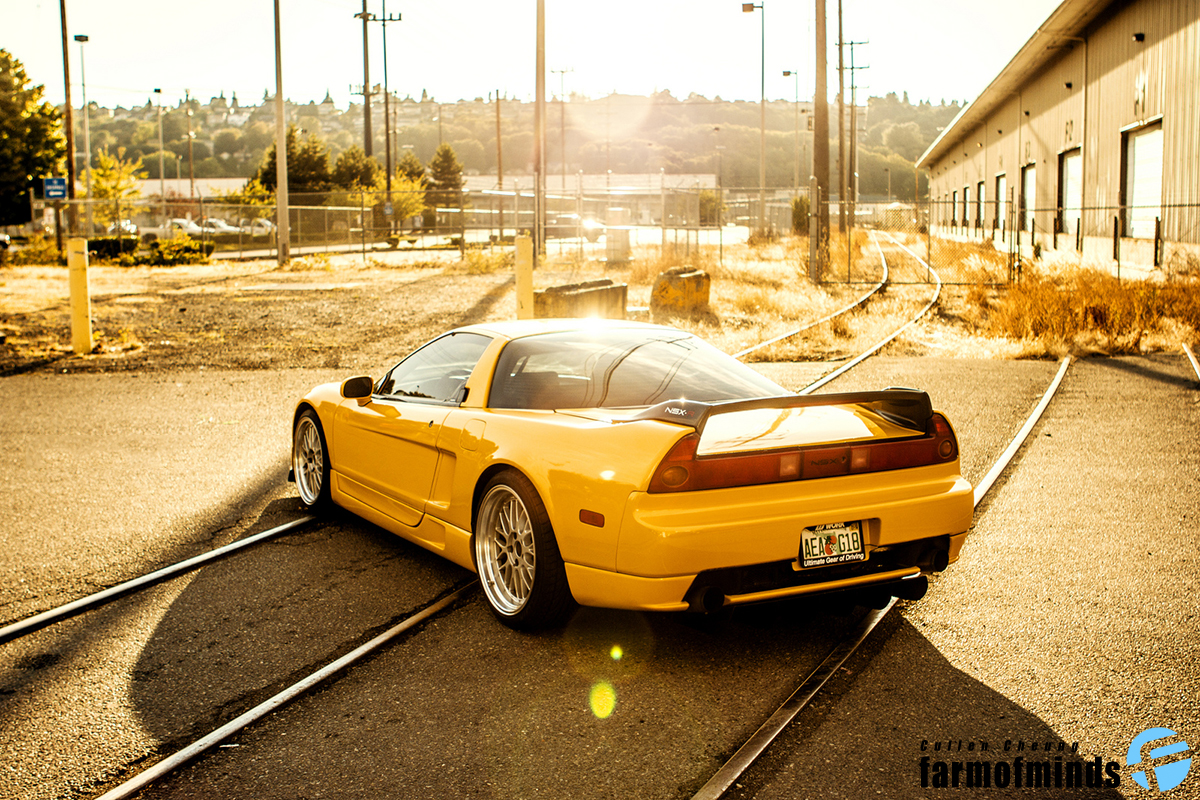 They both cost nearly the same and the travel time (adding the airport wait) is also similar. The biggest difference is the feeling that you get from them. You just have to travel through the Japanese countryside with a speed of at least 300 km/hour.

Japan is also known for its first purebred supercar. The Honda NSX. The similarities with the shinkansen are many. Streamlined design, unique occupant feeling, similar maximum speed and most importantly “train” like cornering. 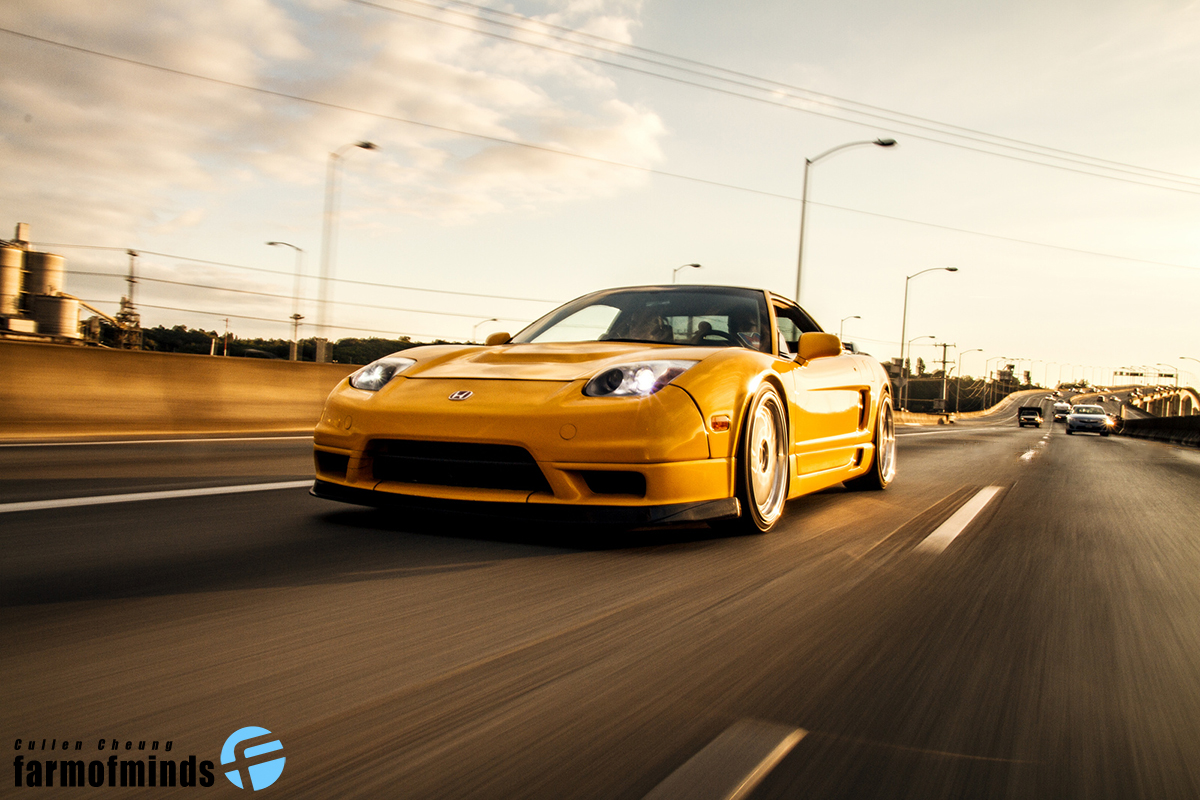 From all the shinkansen trains, there is one that stands out from the rest. It is a variation of the normal train filled with a big amount of electronic equipment and gadgets. It is not meant as a passenger train and has only one purpose. To test the tracks at normal cruising speed. In order for the train to be easily distinguished from its counterparts, it is painted in a bright yellow colour and its name in Japanese is Isha Kiiro. Or if you prefer in plain English, Doctor Yellow.

Isha Kiiro has become an urban legend in modern day Japan. Since the testing purpose of the train is such a noble cause and since it has no standard time schedule, anyone who witnesses the train in motion is considered very lucky. Doctor Yellow is a sign of good fortune. You can occasionally see bystanders touching it and having photos taken with it.

This was my first thought when I saw Makara’s NSX. From all the trains, (Sorry, I meant Honda’s) in the world, the NSX (Shinkansen) is the most sought after. 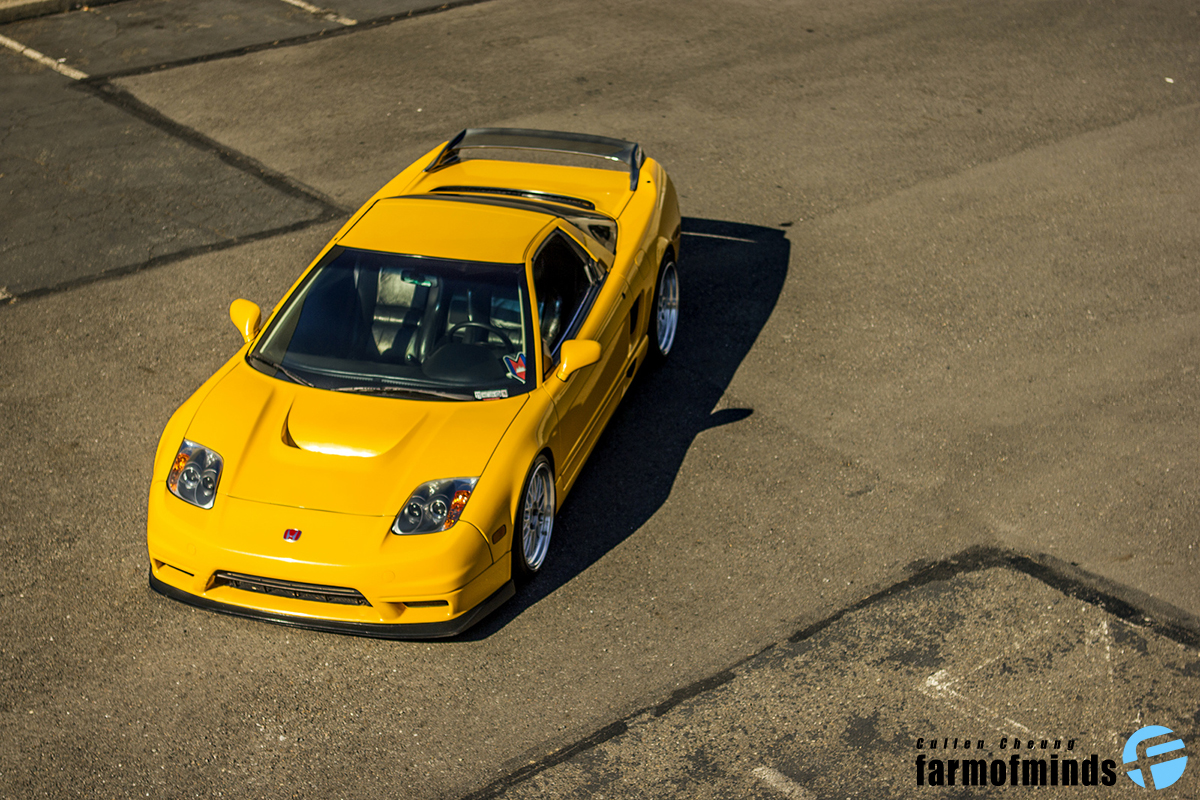 This NSX started its life in 1991 and after 20 years of wandering around, it came to the hands of Makara Chhim. Like a regular Honda fan, the reason Makara chose this model in particular was that this was indeed – and I agree – an engineering marvel when it was first introduced, classic, one of a kind, must have automobile now. The car scene has many examples of NSX’s all over the world. Bone stock to superlight race cars. 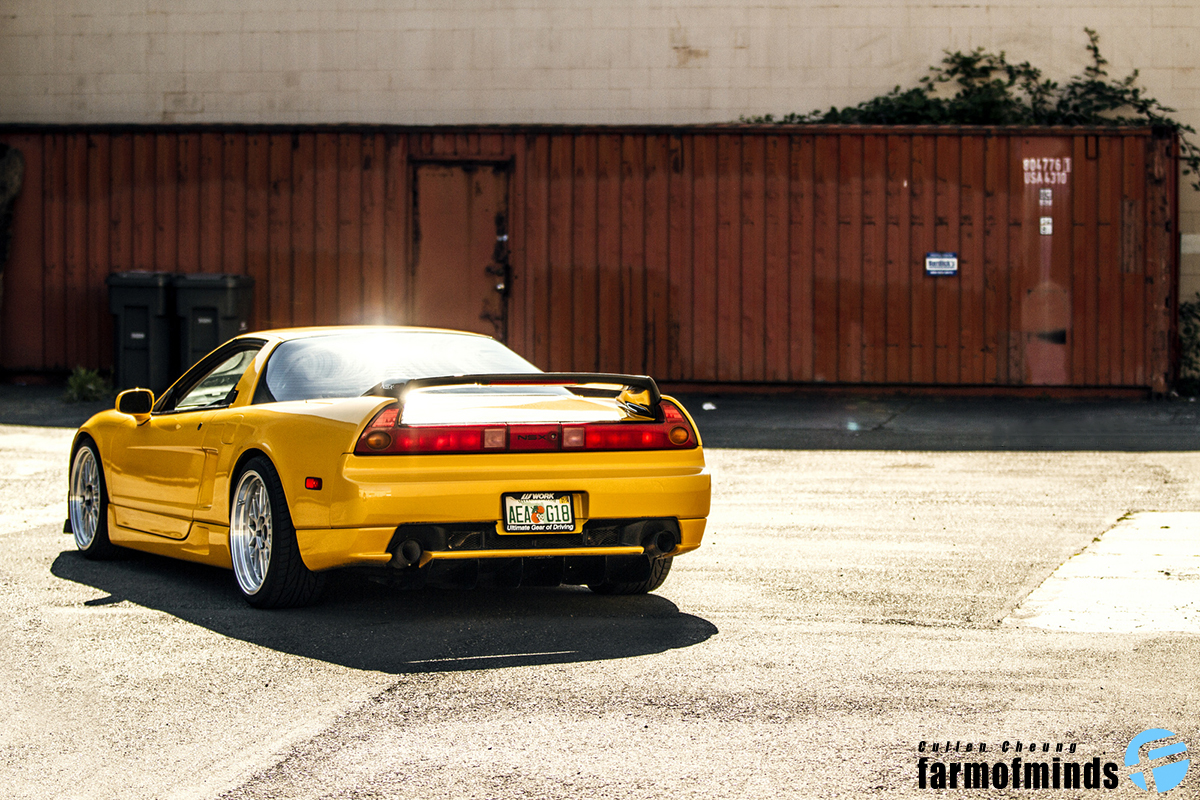 What I like in particular on this car – except from the shining yellow colour – is that he has kept it simple and subtle on the outside. How much can you update a 1991 model? With a complete 02+ front and rear end makeover, plus a great wheel design. Just enough to make it stand out. Just enough to make you say that this is just about right. For the inside the NSX-R pattern continues here too. Attention to detail has been given from the carpets to the horn. From the Comptech short shifter to the Skunk2 shift knob.

Subtle, but not overlooked is the midship 3.0 liter V6 (C30A). The breathing and the exhaust are well taken care of to give that little bit of extra when needed. SoS, Prospeed and Pride products are carefully tucked under the hood, to name a few. 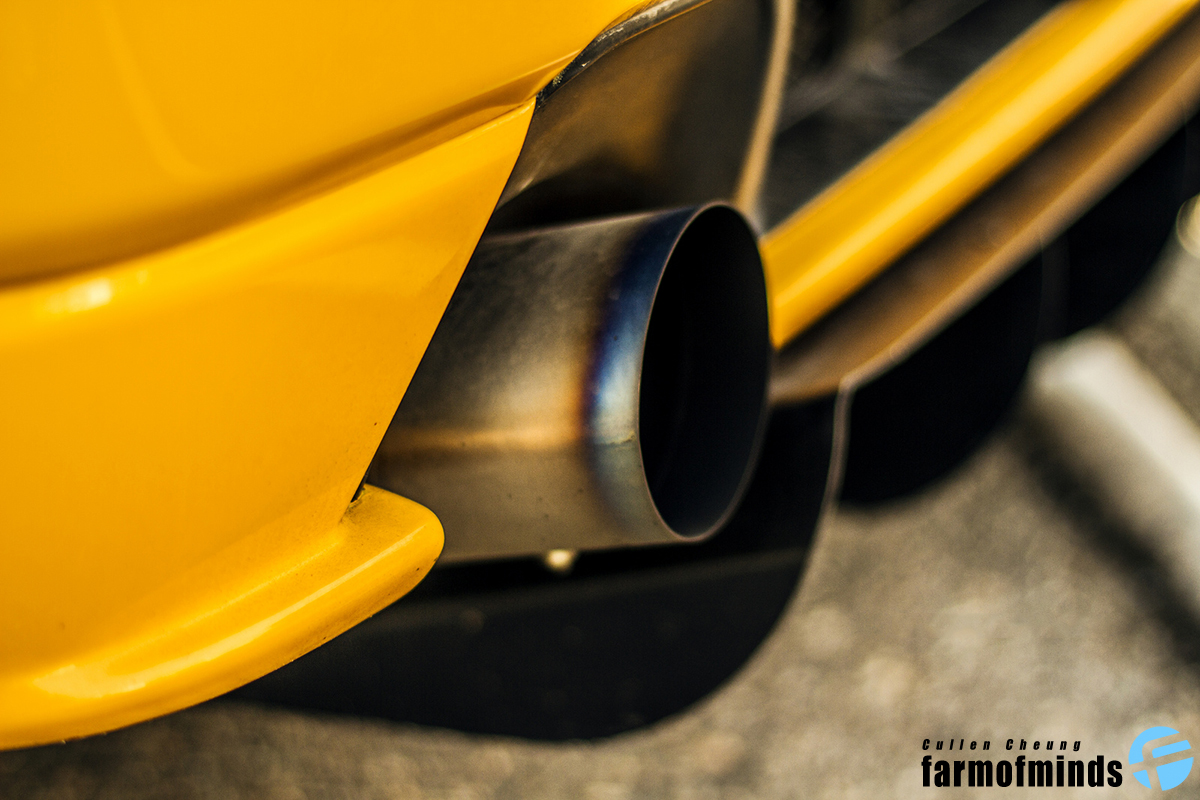 On a train like this one, you can never forget the handling. The usual suspect (Tein) is once more here, in cooperation with NSX-R sway arms. A combination of Brembo rotors with Axxis PBR brake pads provide an equal to acceleration, deceleration. Whatever the suspension and the brakes don’t provide, the Falken FK452s do. 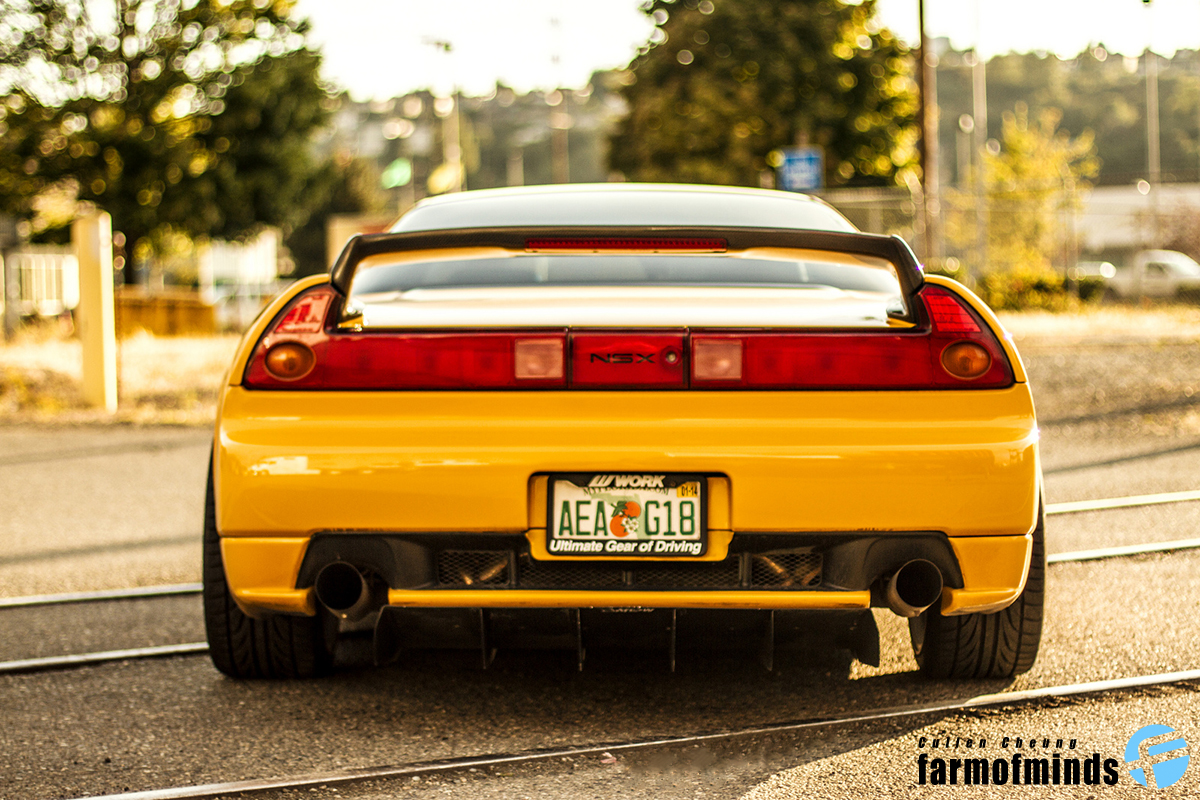 As an uneasy owner, Makara is always on the go. Trying to think of what’s next. To make a plan on how to have a better result out of it. Version 2.0 is already scheduled to be turbocharged to around 500hp using an APX turbo kit, an AEM V2 stand alone and a Stoptech big brake kit.

The main job of all the gadgets on it, is to give to their occupant a unique new feeling each time and carve the road to all the rest. With all the changes inside and out this different NSX version truly stands out of the rest. It has a special aura around it making you very lucky to come across it. It sure gets my attention and respect.

This car is truly the automotive Doctor Yellow. 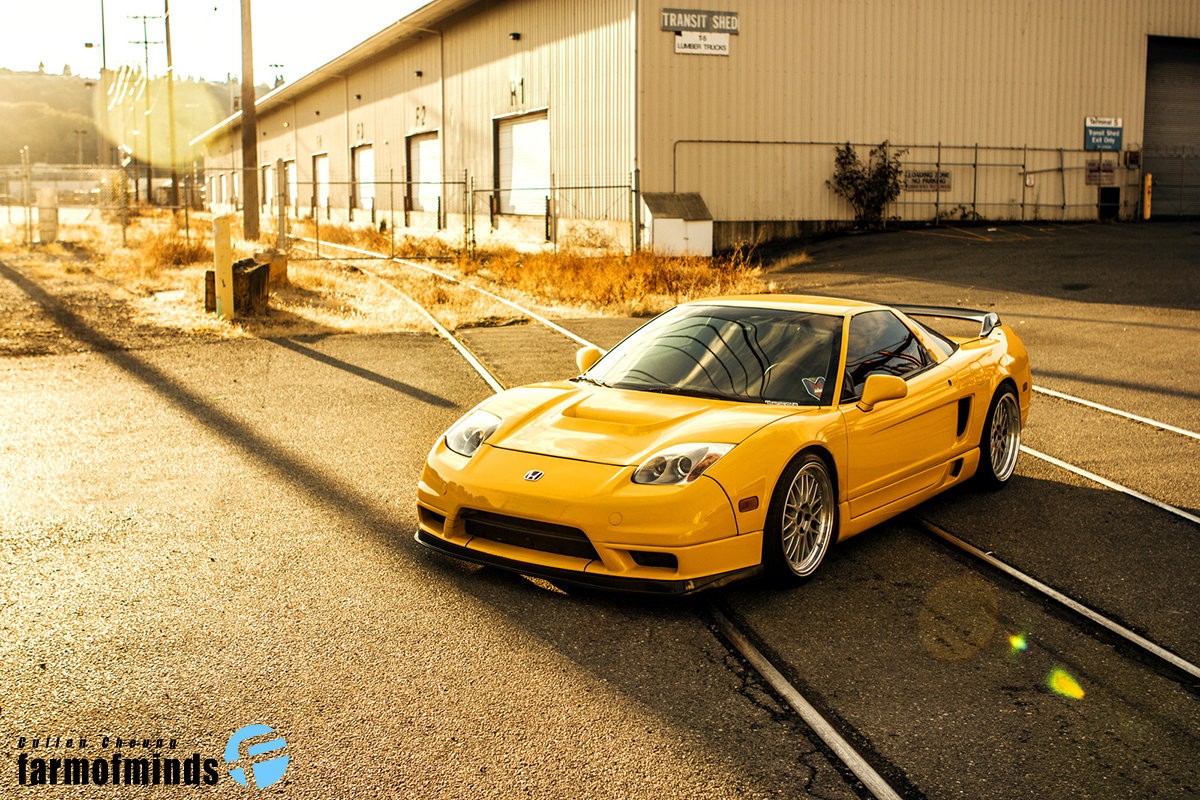 P.S. Like its train counterpart, the most impressive aspect is going inside a tunnel. So enjoy!!! 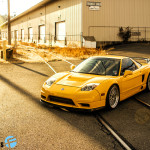 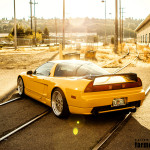 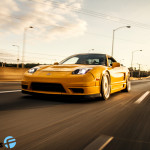 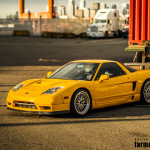 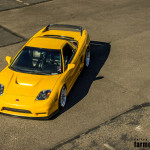 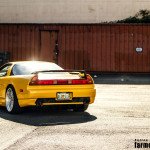 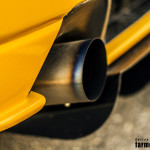