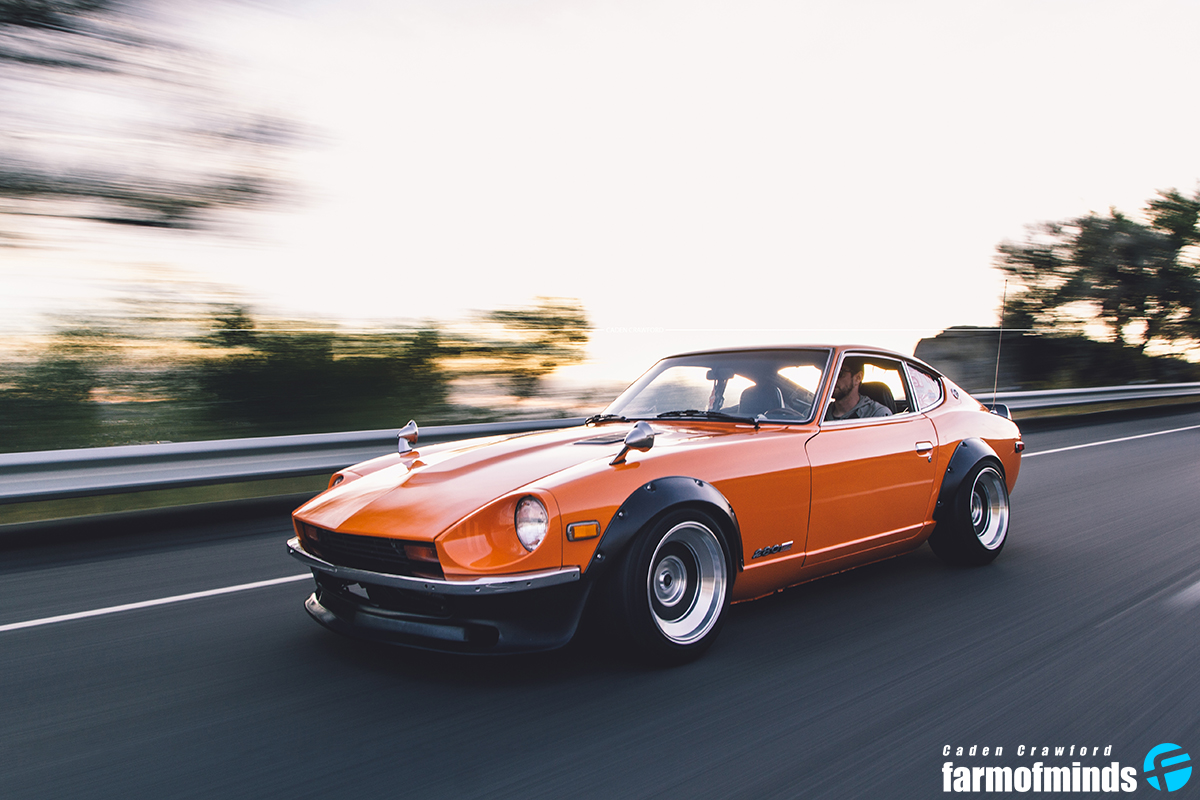 In the 60’s sports cars became visually highly appealing even by today’s standards. Everyone knows the golden era of american muscle cars from movies and pictures and the thing is, that time period was just as golden In Japan. Even though the Japanese manufacturers leaned on the styling of american muscle cars by the late 60’s and early 70’s with models like the first gen Celica or the Kenmeri Skyline, by that time the Japanese market had created their own icons such as the legendary 2000GT. 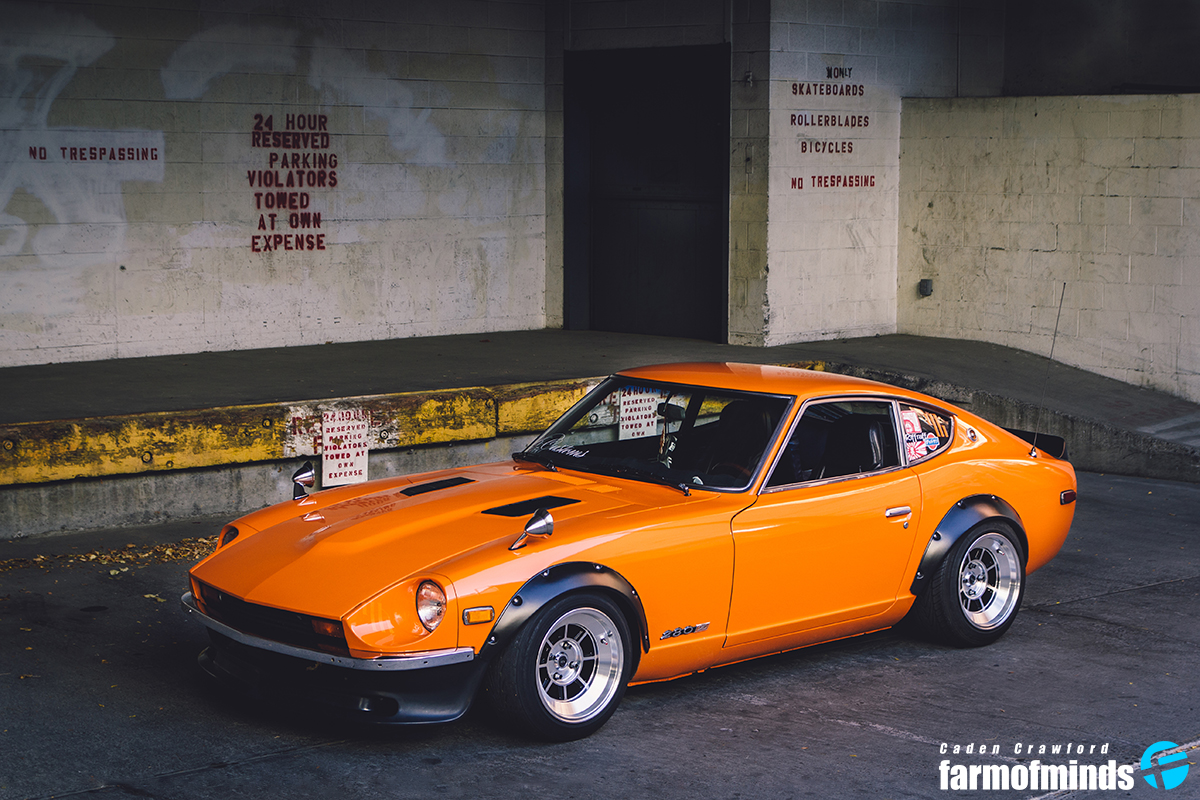 Similarly Nissan introduced the S30Z as part of the Fairlady lineup. The body lines were rather close to Toyota’s 2KGT which has had only 351 vehicles produced. Luckily for us the S30Z rolled off the lines many times that and up until today it remains one of Japan’s most sought after cars. 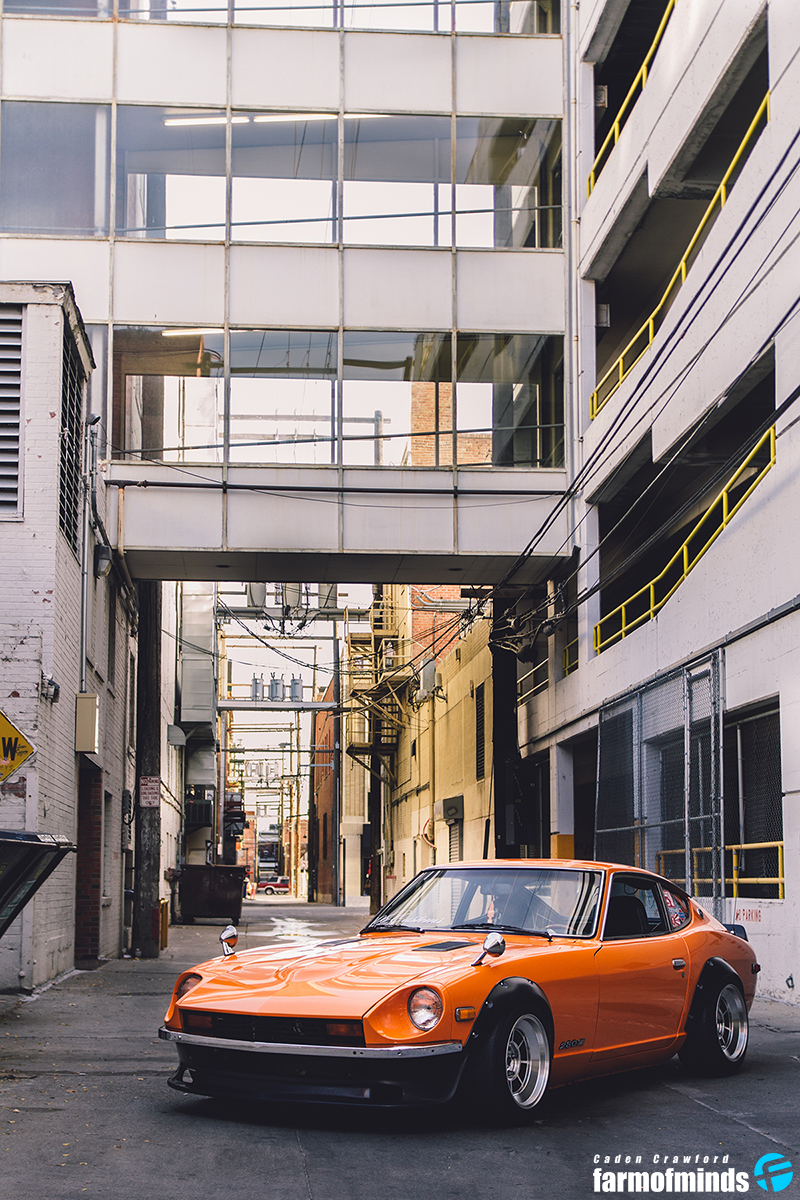 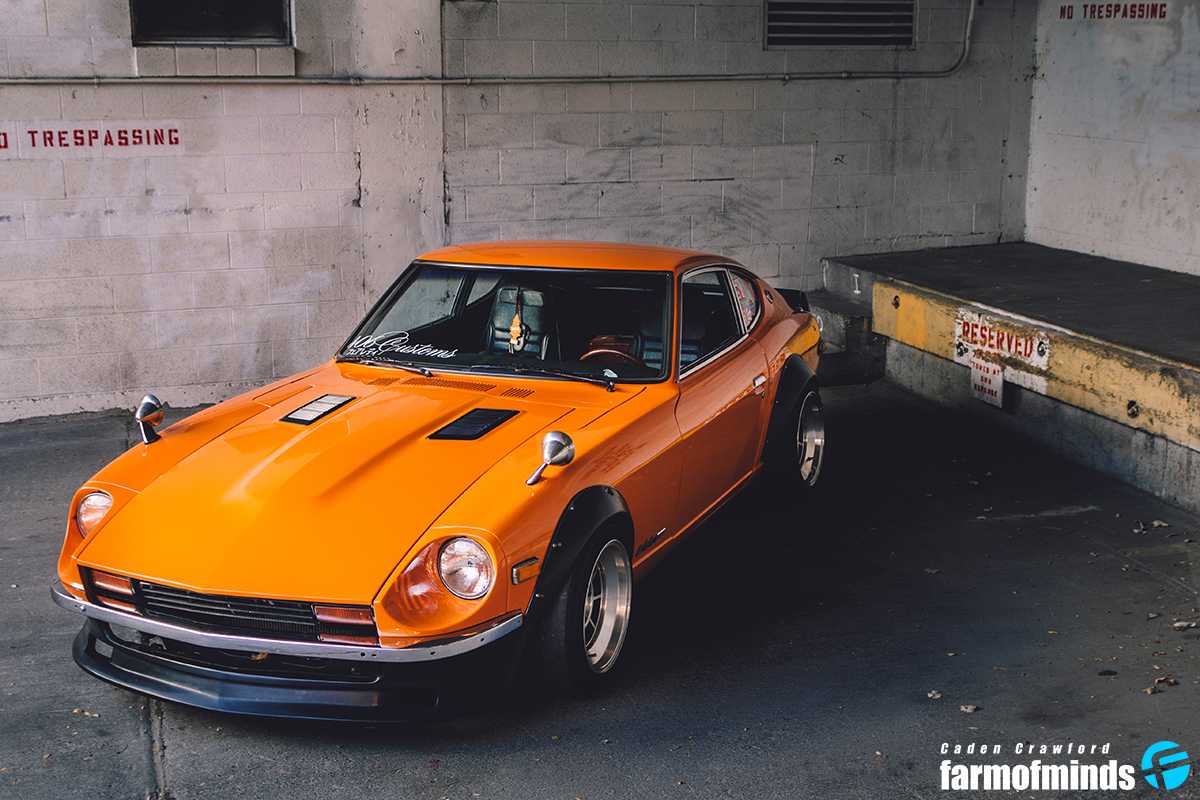 One of the guys that’s been looking for one is Hunter, having owned this specific beauty for only over a year we can honestly say he has gotten much further than many others would! Having owned previously a couple of modified Hondas he felt it was time for something more oldschool.

He decided to go for the classic overfender look, and let’s face it: This car was made for overfenders. Along with a fresh lick of paint, a fully rebuilt L28 and those sexy fender mirrors this is what the dreams of countless JDM enthusiasts are made of. 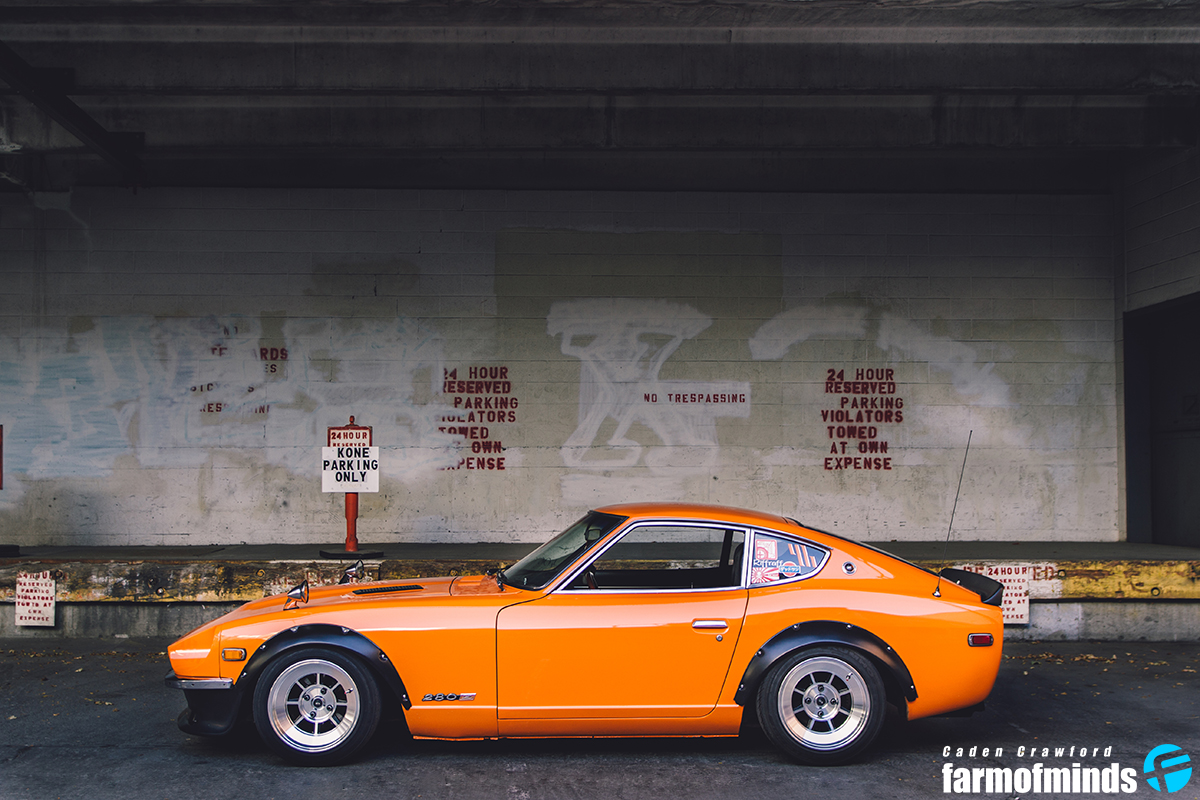 Details such as the front air dam and the rear bumper delete which is the choice of many S30 drivers nowadays, just ties this up into the perfect build in my opinion – especially with the things he has planned for the future.

Apart from a nice set of custom wheels Hunter is looking at engine swapping it in order to have the appropriate amount of power for a sports car nowadays that can be driven and tracked whenever he pleases. The current wheel setup was always meant to be a temporary solution – Hunter has a set of SSR Formula Mesh centers lined up which will be built very soon to the final specs of 15×10 -38 front and 15×11.5 -42 rear! 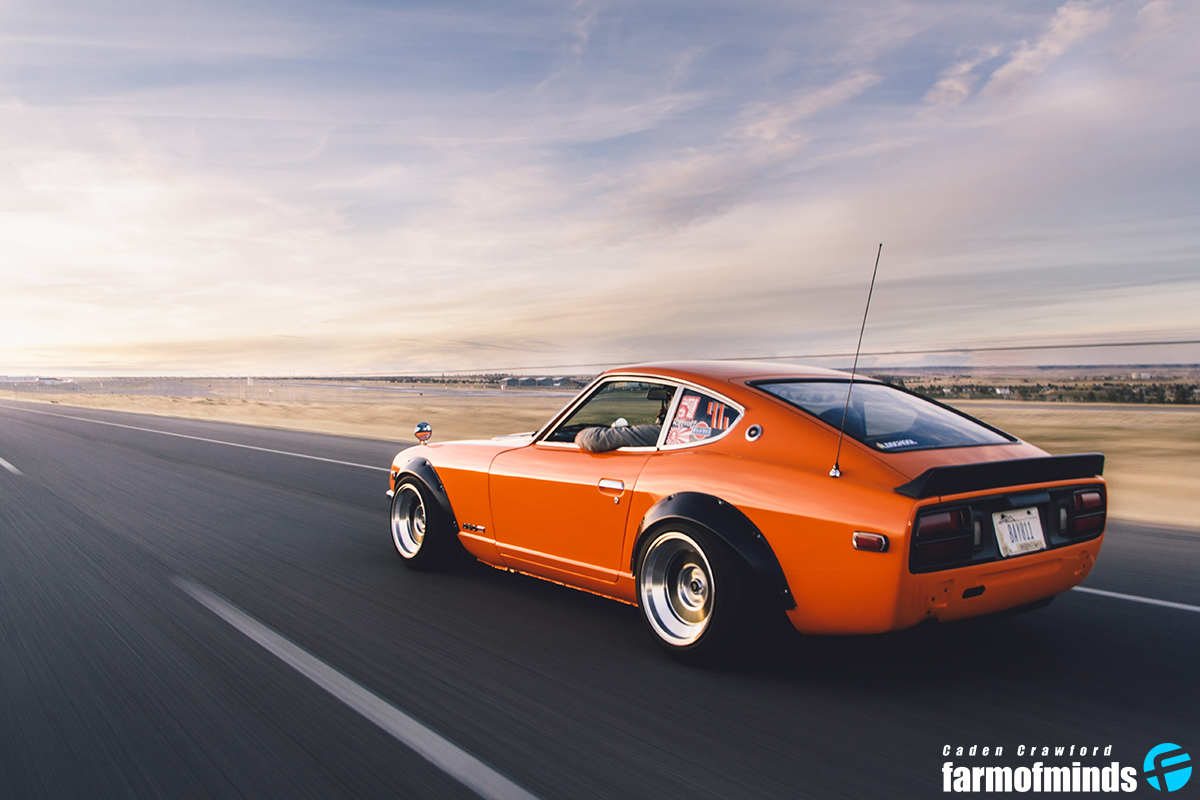 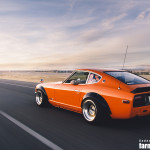 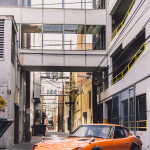 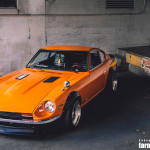 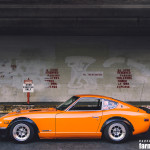