In just a few days, the final R32 GT-R’s that rolled off the production line way back in 1994 will be preparing to celebrate their twentieth birthdays. The very earliest examples have now spent over twenty-five years embarrassing more expensive and exotic machinery on roads across the planet. A true classic then, and yet their popularity in the modifying community has hardly waned in that time, as falling residuals and bulletproof reliability have made them an increasingly affordable prospect. But with classic status comes classic prices, and R32 values are slowly but surely starting to creep up, particularly for cars that haven’t been excessively modified. That’s a shame to be sure, but fortunately for us, people like Hikaru aren’t bothered in the least by such concerns, and have happily continued to modify these machines in the way that seems most appropriate to them. 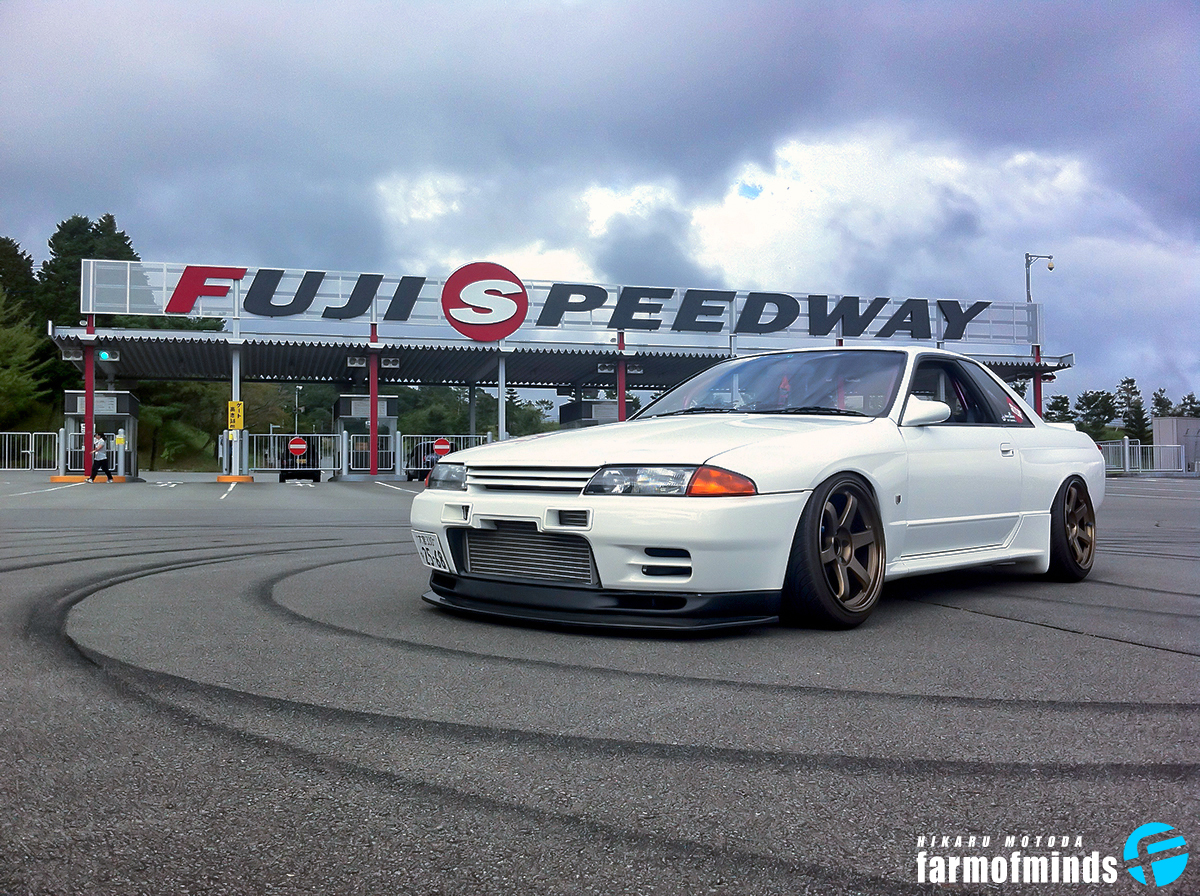 Based in Saitama prefecture in Japan, the R32 was a car that captured Hikaru’s imagination even as a child, and purchasing this White Pearl example back in 2011 represented the realisation of a long-held dream. But where to start? We’ve had GT-R’s in just about every flavour over the years, but it’s true to say that given the model’s legendary performance pedigree, most of the examples that get featured are at least partially geared towards exploiting this latent potential for big horsepower. Hikaru’s R32 deviates from this standard template because his appreciation for form and balance is much more important than outright grunt. Naturally the engine has been fettled slightly, but in GT-R terms he’s barely dipped his toe in the water, with just an Apexi N1 exhaust and a Sard sports cat fitted. Still, such is the factory strangulation of the standard motor, even these basic mods are enough to realise a safe 400bhp! 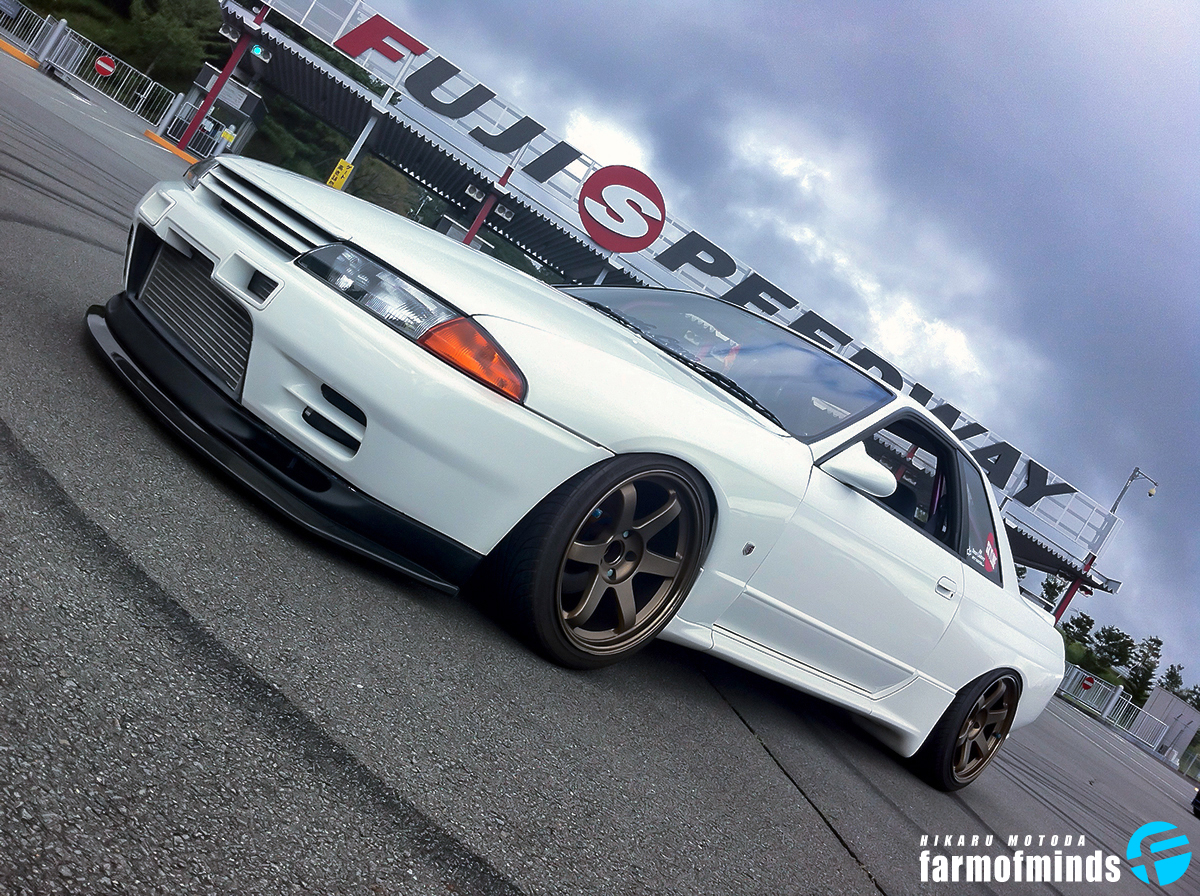 Continuing the theme of enhancing the stock characteristics of the car rather than wholesale modification, the car’s exterior is still largely stock top the untrained eye, the most obvious concession to modernity being the removal of the distinctly 80’s factory boot spoiler for a ‘wingless’ style. Elsewhere the slightly gawky mirrors have been chopped for some Veilside items that are more sympathetic to the car’s lines, and a carbon diffuser now sits below the standard V-Spec front bumper to bring the overall proportions closer to the tarmac. 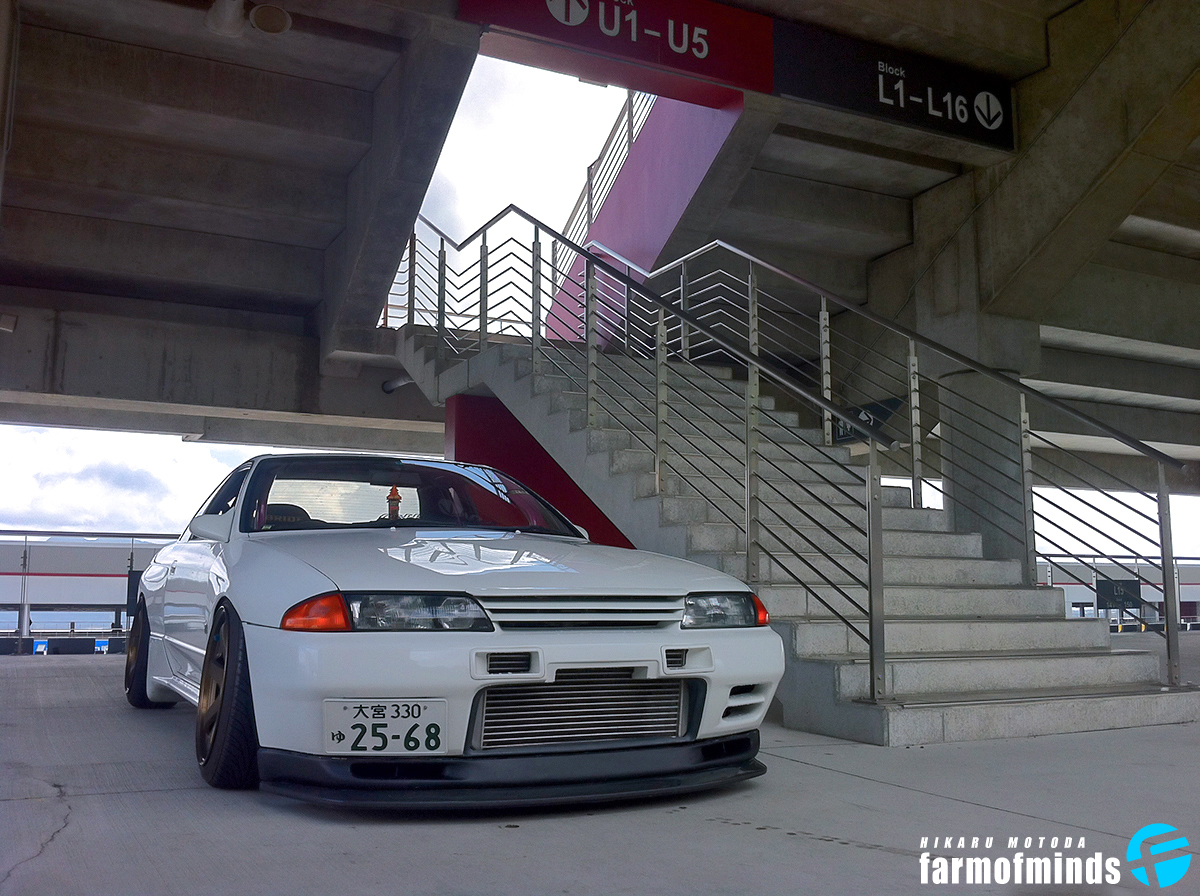 Wheels can often make or break a build, and Hikaru’s not going to win any prizes for originality with his set of bronze TE37’s, but there’s a very good reason these wheels can be seen sitting under the arches of nearly every GT-R in existence, and that’s because no wheel better compliments the Skyline’s steroidal lines. Hikaru’s come in standard “GT-R fitment” which is to say 18×10 +30 for the front and 18×11 +18 at the rear, and combined with Tein Mono Flex coilovers provide a nicely balanced stance – a bit of stretch on the tyres, and bit of negative camber, and a big drop to get the whole package nicely tucked up into those arches. 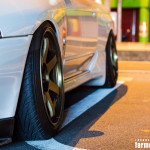 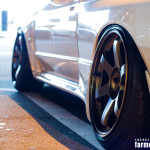 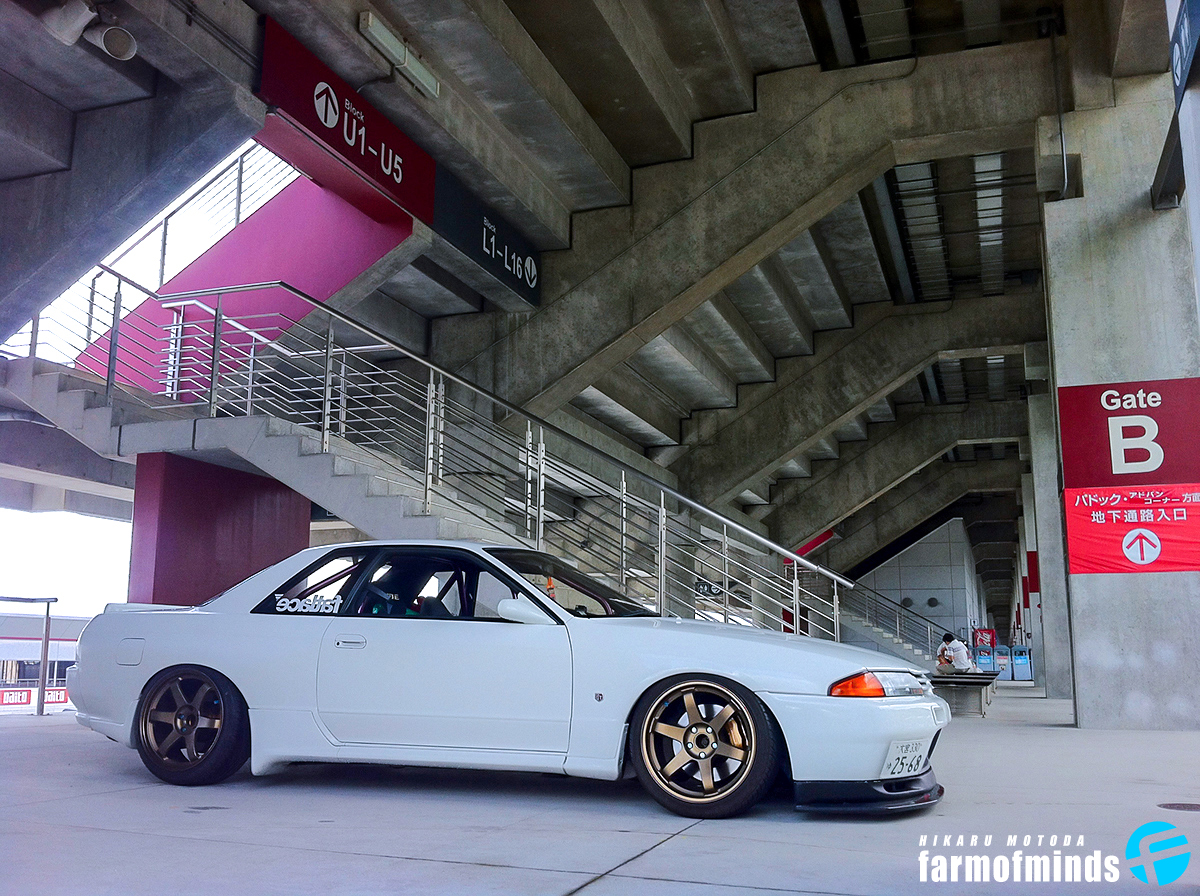 What really appeals about this R32 build is that it isn’t defined by any one characteristic. It’s not the quickest, the most powerful, the lowest or the most crazily stanced. It’s just a great all-round package, and crucially, one that is achieved by sympathetically building on the GT-R’s standard characteristics. It’s an advert for the inherent awesomeness of even a factory stock Skyline, and I can’t think of a better compliment to be paid on a twentieth birthday. 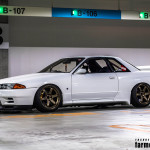 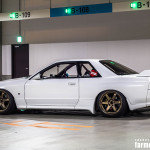 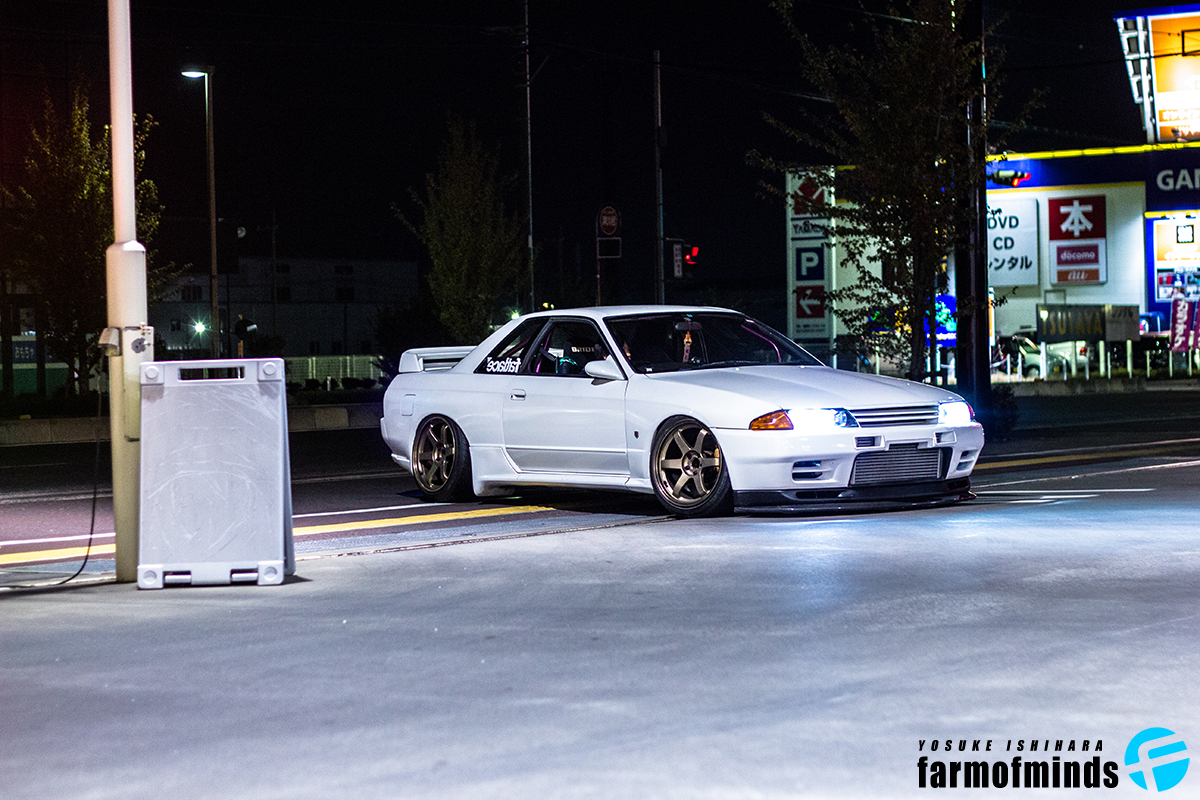 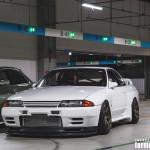 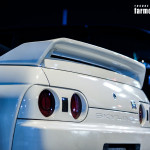 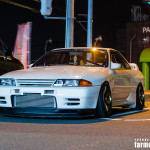 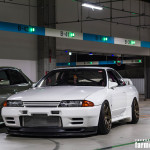 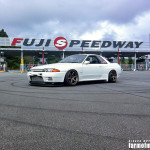 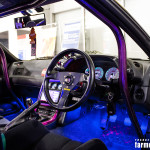 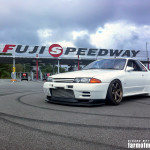 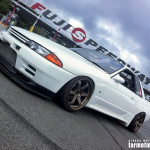 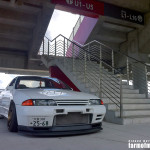 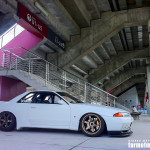 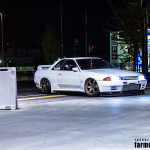