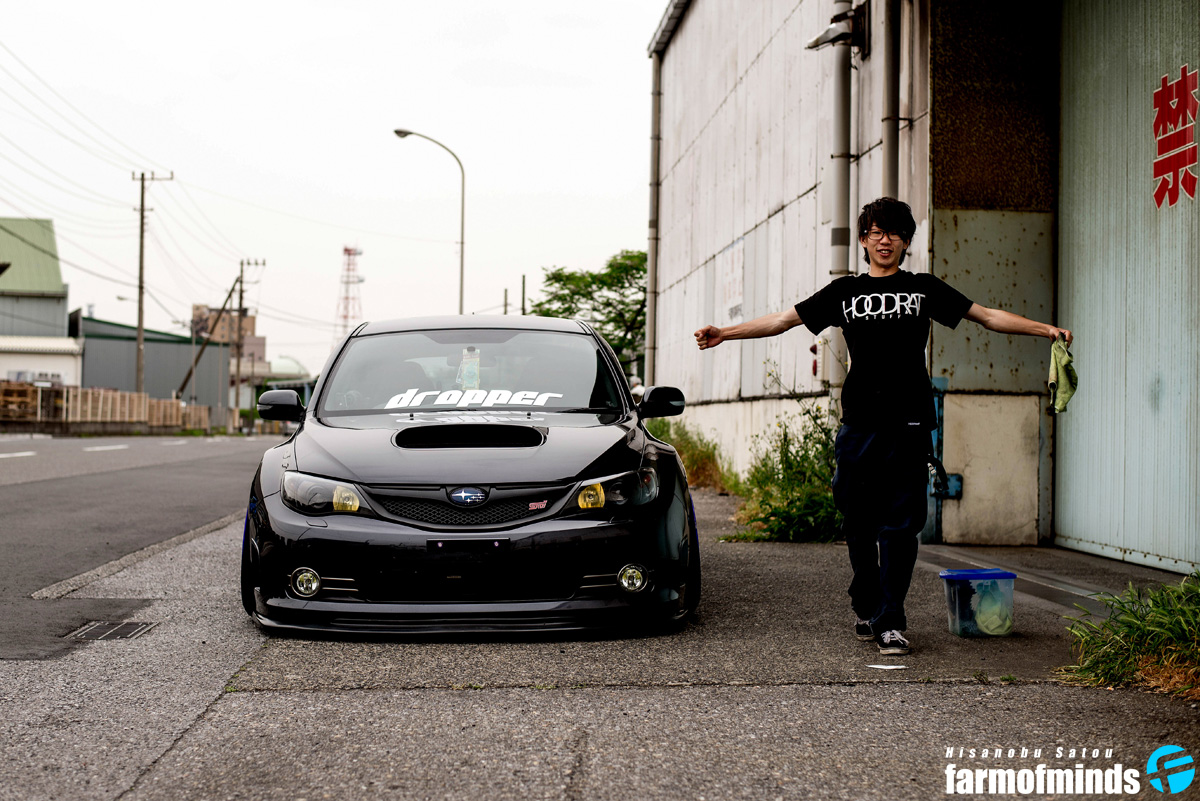 The Subaru STI’s are without a doubt one of the most iconic and well known cars around the world. It’s quite possibly among the few vehicles that even people who aren’t normally aroused by the smell of petrol will know. Everything about it is unique; its’ heritage runs deep and is well respected, its’ engine sound is unmissable and one of a kind (unless you’re going to compare it to a misfiring broken engine… in which case shame on you!).

Unfortunately this fame comes with being classified as a “rally” car and it requires a rather large set of “testies” to be brave enough to stance it. 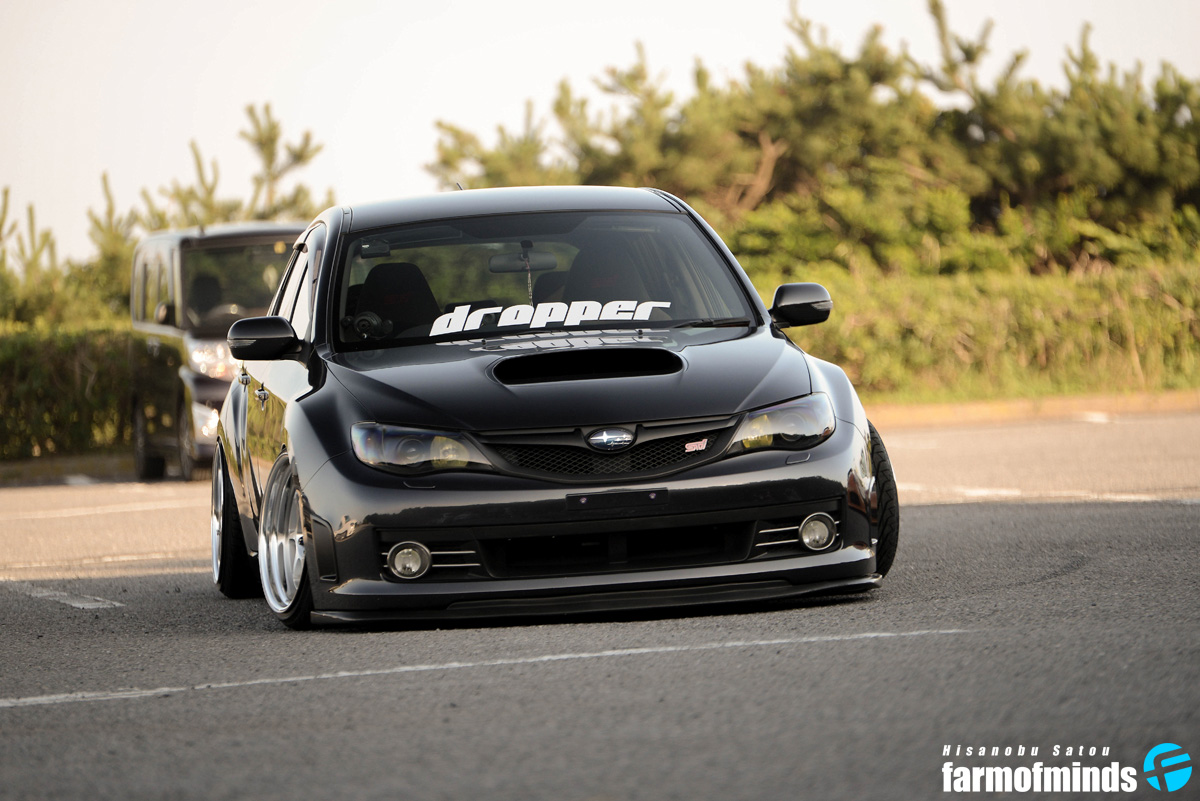 Fortunately for us, Nishiyama Naoki know very well that fortune favors the bold and went ahead following his instincts dropping his STI to merely a few millimeters from the ground.

The results were simply astonishing. This is especially true knowing that all the work was done by Nishi himself, living up to the golden rule of the online automotive scene “built not bought”.

He wanted a car that fits right into the stance community but not necessarily just slow’n’low… more like low & fast. 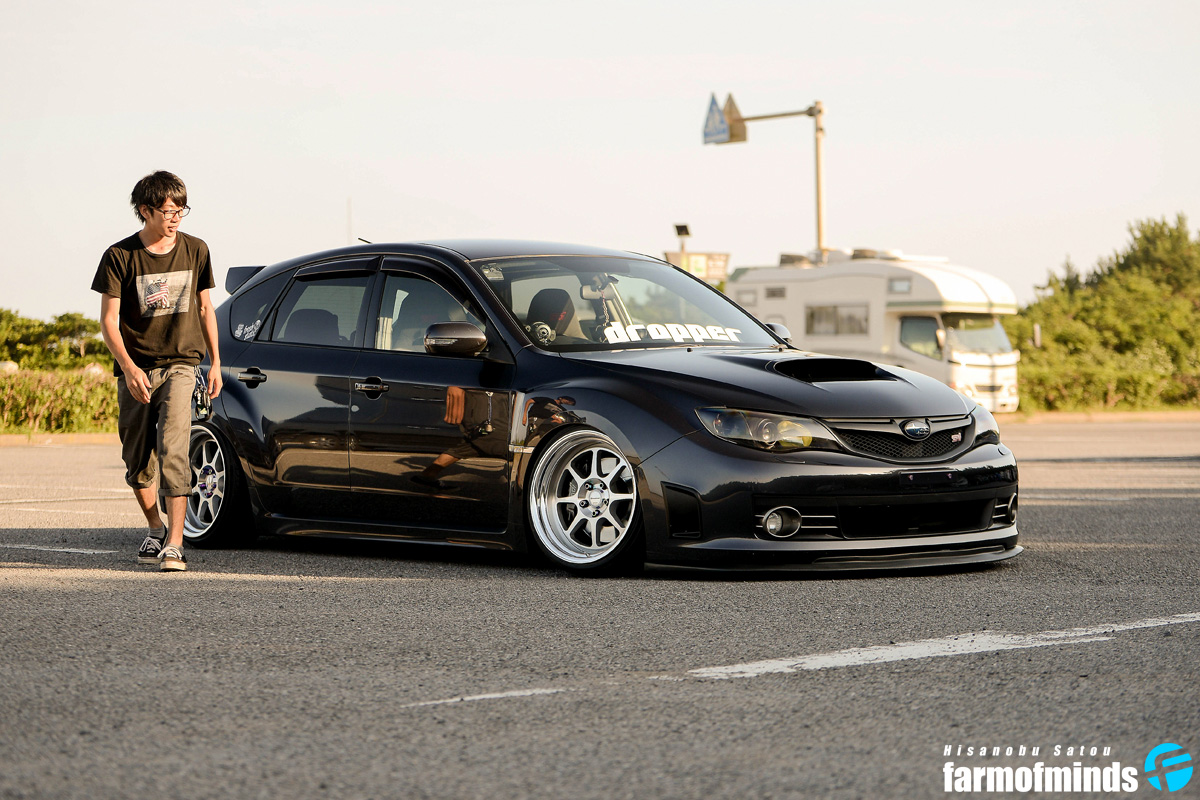 But that’s enough from the chit chat and let’s get down the business.

The recipe to look this good is actually shockingly simple; You take a 2009 Subaru STI, lower it, get proper wheels and put a lip on it for good measures.

This particular car is (like many other we’ve featured recently) are static, making this daily all the more impressive. 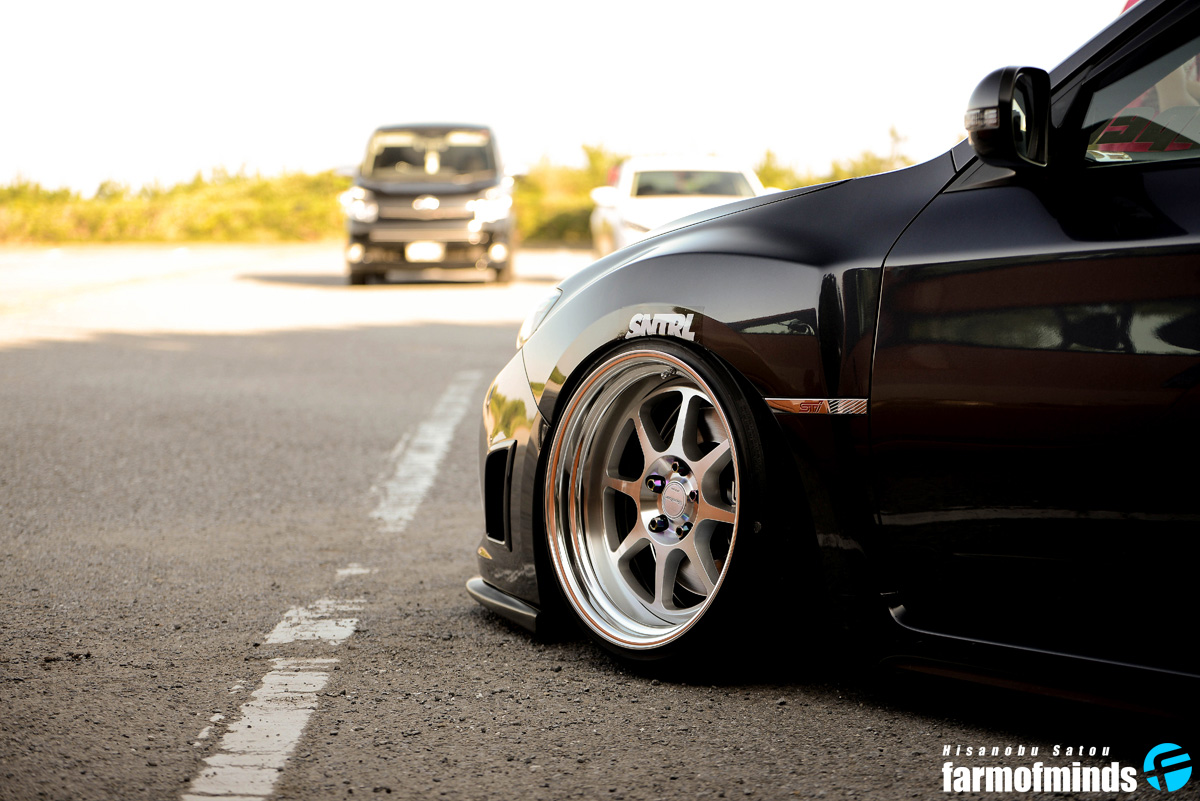 It sits on some butt achingly rough XYZ RS type dampers with a 16kg spring rate at the front and an up-rated 24kg MAQS spring at the rear. You can only salute the commitment of feeling every single leaf that you drive over :).

The choice for wheels are always a difficult one to make. Nishi was tricky enough to not stop at one set of shoes.

You can see a set of rock solid 18×10 Work Seeker EX and a more flashy coloured CTS Hyper Zero-1, both complimenting the overall feel of the car perfectly. 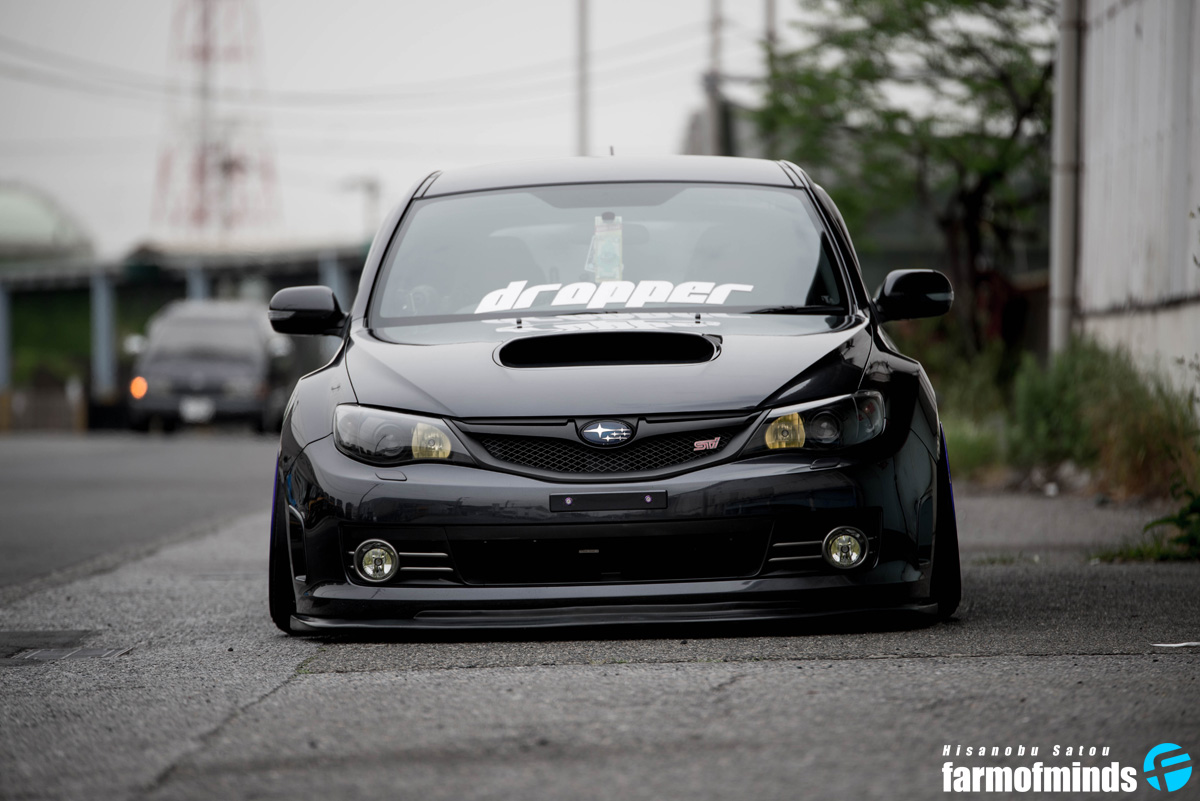 The exterior modification list is going to be the shortest I’ve written so far. It’s a CS-Type front lip. Ye that’s it, this beauty is practically off the shelf… I know it’s nuts.

Under the hood there had to be certain modifications made to make sure that the boxer rumble is loud and lovely enough for everyone. We have an SARD front pipe and an HKS Legalmax premium muffler. As for performance, it’s currently sitting at around 300hp, that is more than enough for anyone cruising with the occasional heavy foot case.

The interior’s been touched up with a handful (4 if you want specifics) of Defi gauges and an HKS Evc 5, keeping Nishi always in the loop of what’s going on with his baby.

He’s also decided to change the stock wheel for a Momo Drifting one and added a Juran Racing spin turbo knob for extra points! 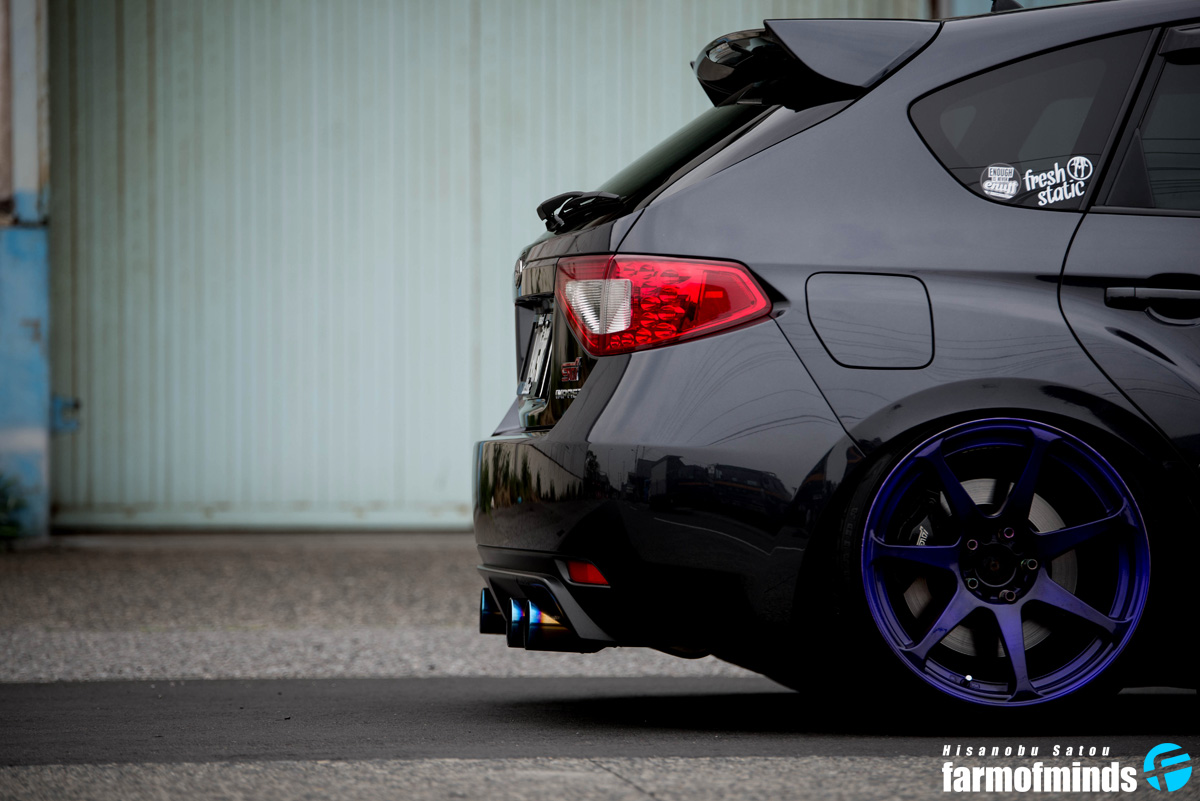 As far as Nishi is concerned his future plans are a mix of both power and style. He plans to install a new intercooler, air filter and get some computer tuning done. Whilst on the inside the stock seats are going to be replaced with a pair of bucket seats.

Thanks to Nishi for reaching out and sharing his ride with us. I personally love the way the hatchback STI looks like grounded and excited to see when will it pop up again!

Also thanks to Hstyle Photography for the dope pictures, from which the rest you can find below. 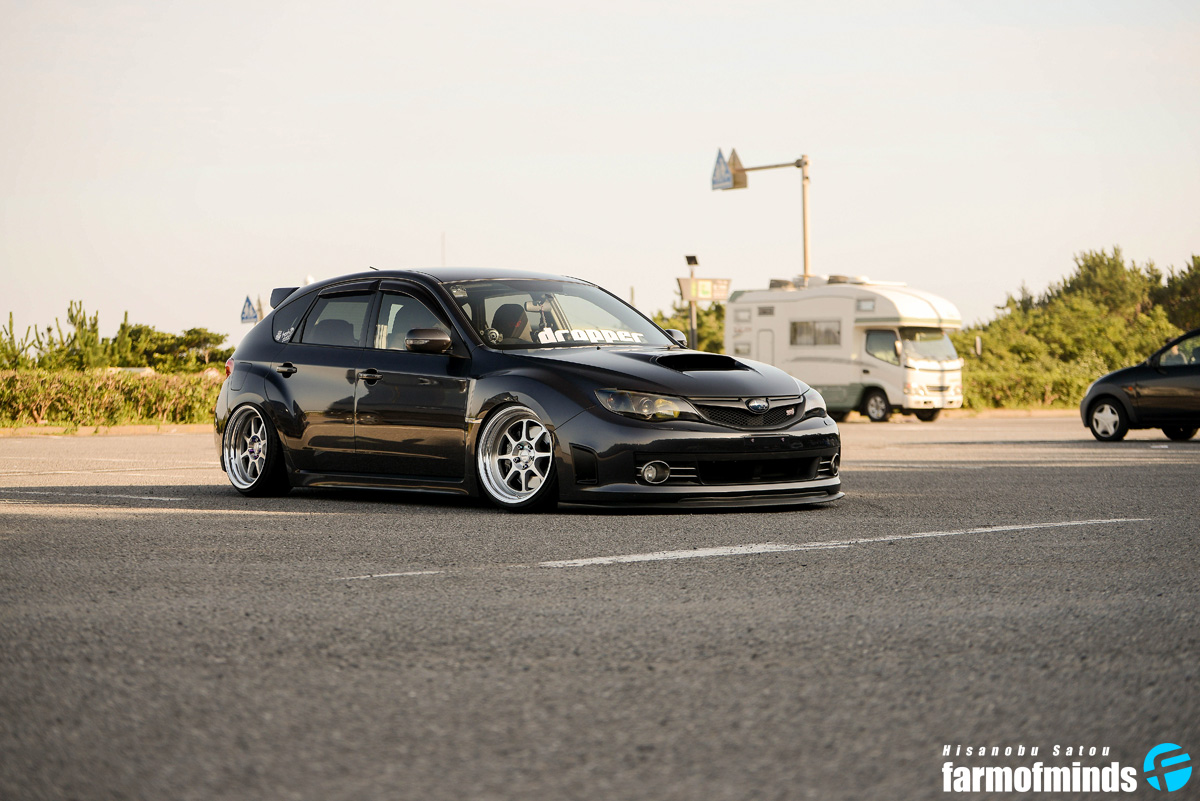 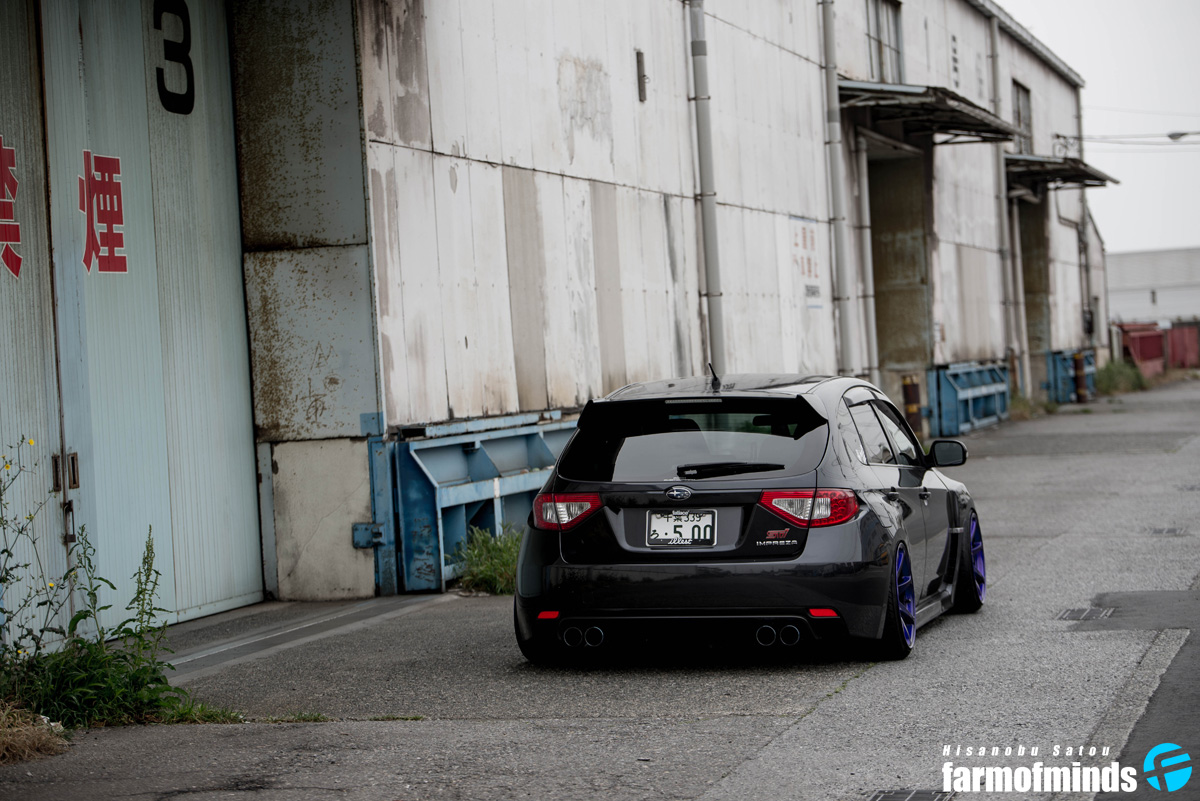 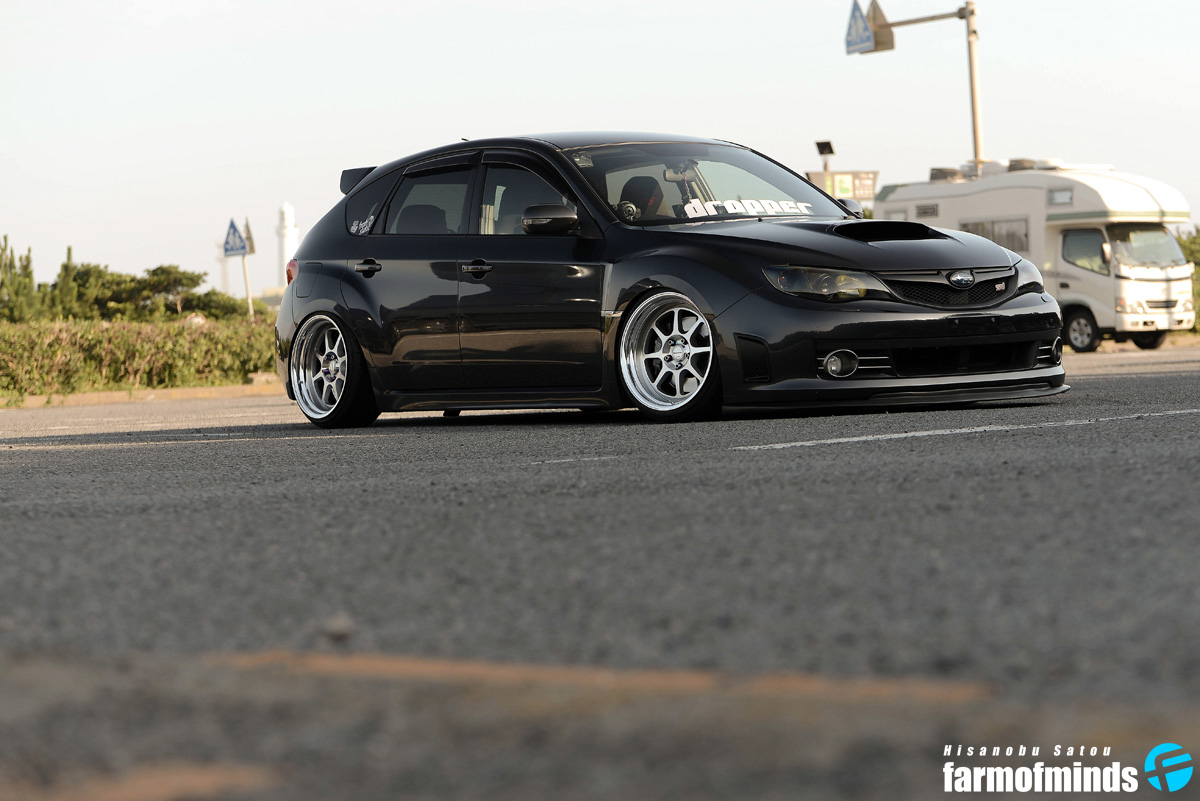 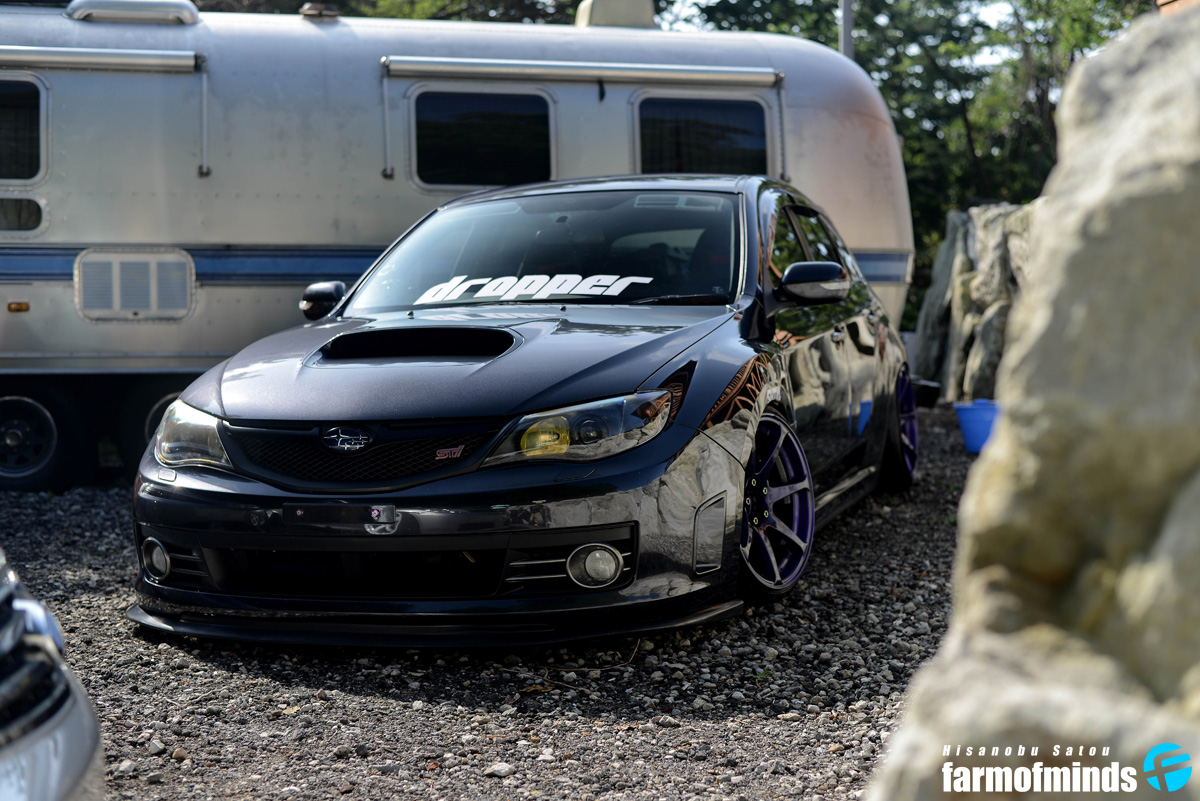 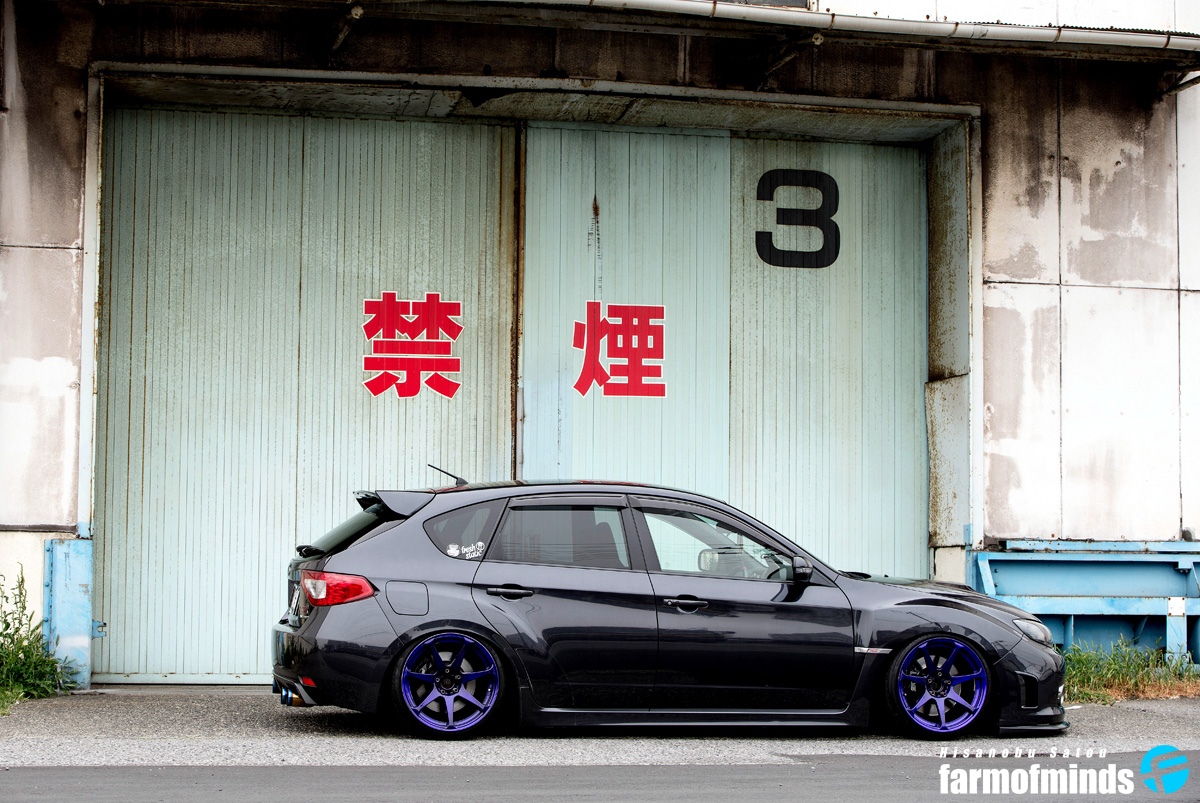 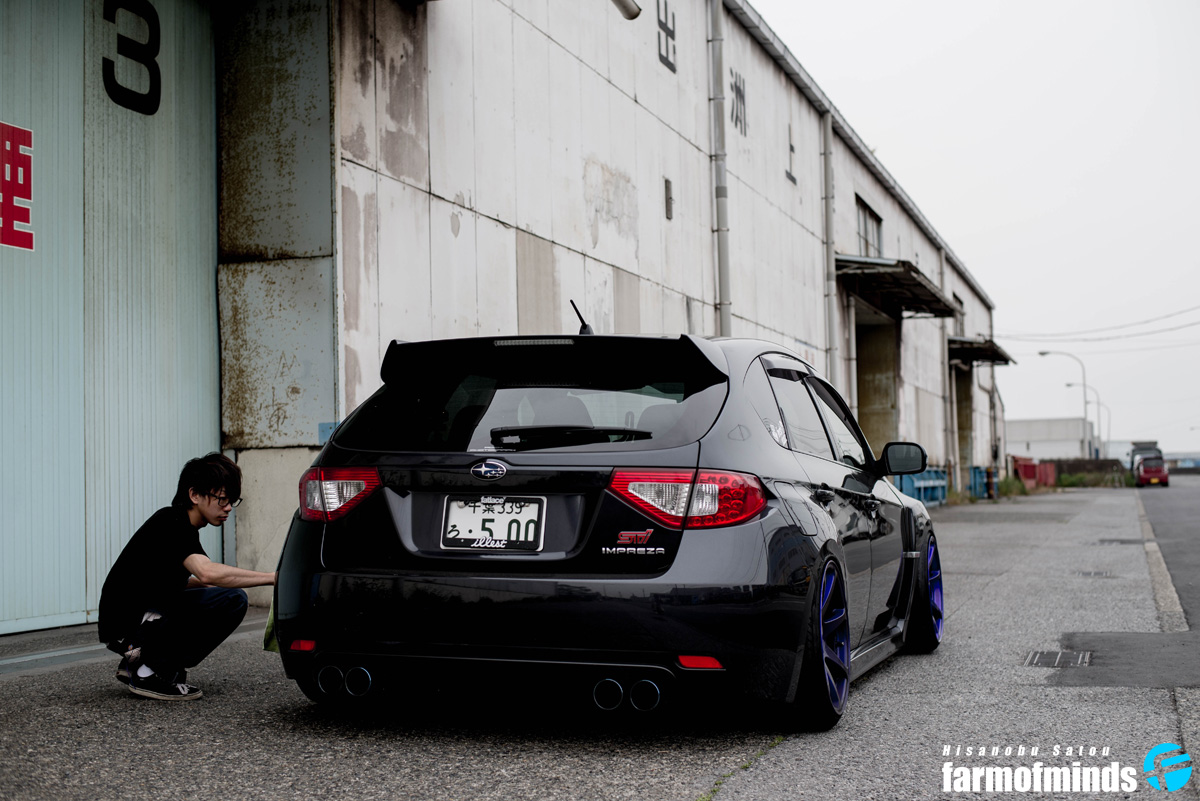 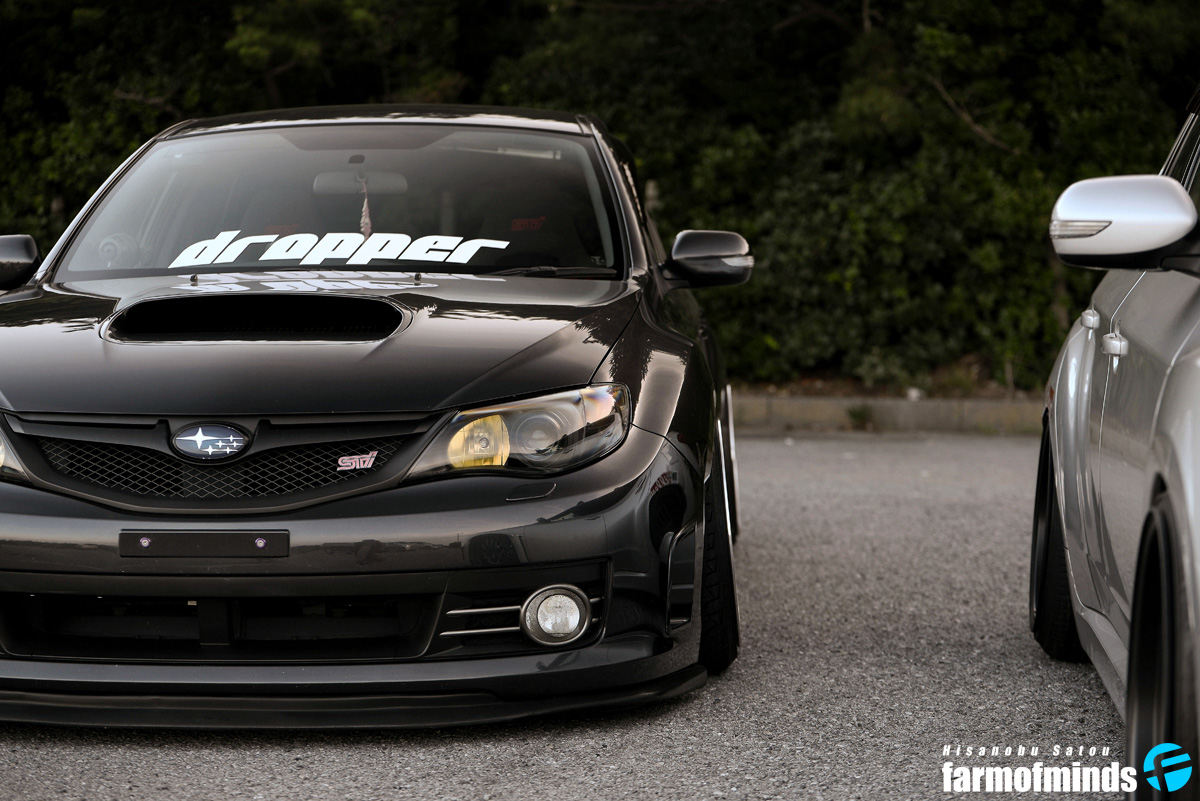 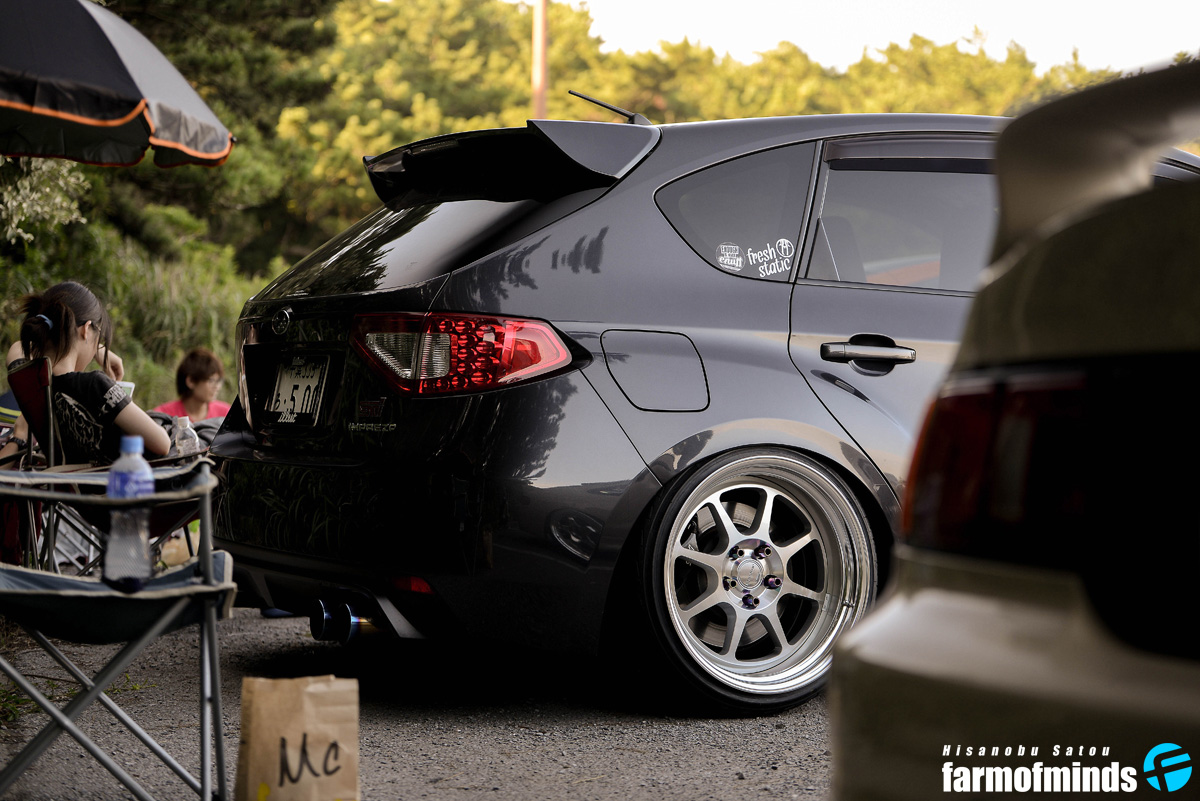 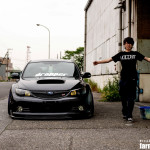 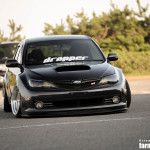 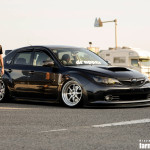 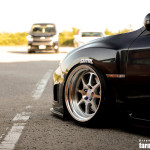 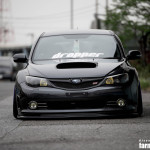 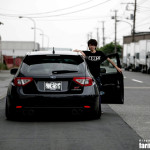 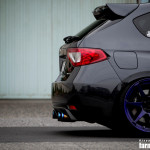 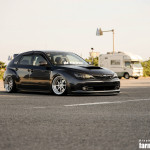 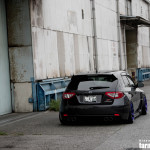 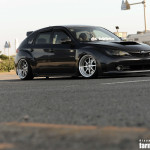 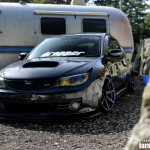 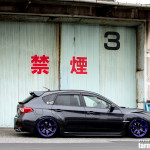 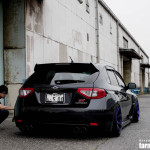 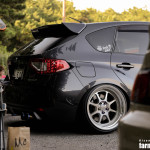