Going back to our roots of posting mostly track prepped cars we want to quickly showcase this R33 GT-R belonging to Hirokazu Akutsu. In a world with a multitude of stanced cars which have the advantage of visual appeal on their side it’s tough for cars to keep up in terms of aesthetics that are built to be fast on the track.

That doesn’t mean it’s not possible. 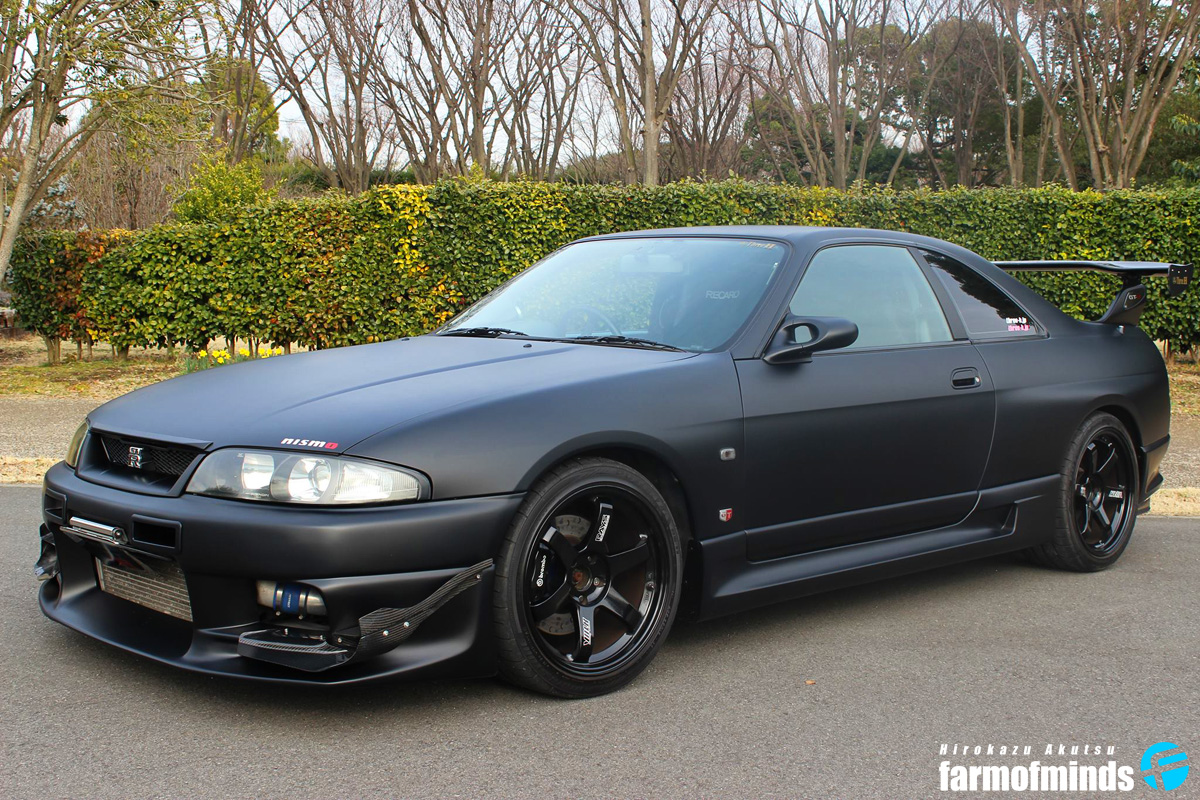 On top of things, it’s a R33, the black sheep of the Skylines and the GT-R series in specific. Especially in its homeland people thought of it as a failure and there have been many going straight back to the R32 after owning a R33.

Still Hirokazu decided to stick with it and build it up in his own image. To start with, mild engine mods are bringing this Godzilla to a respectable 420 horsepower. 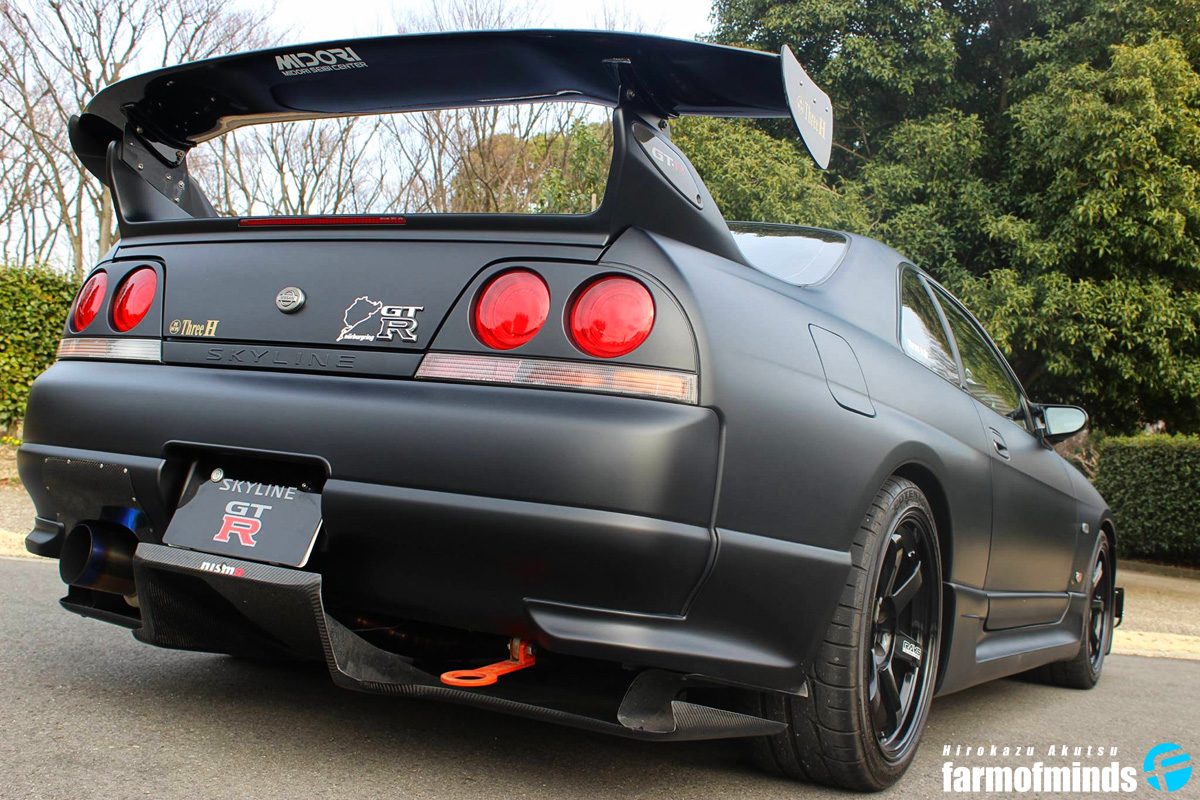 Extensive exterior modifications include a Top Secret front bumper, Nismo rear bumper and side skirts.
A big rear wing very reminiscent of what Nakai-san uses on his RWB Porsches, topped off with Auto Select canards completing the body of a capable track machine. 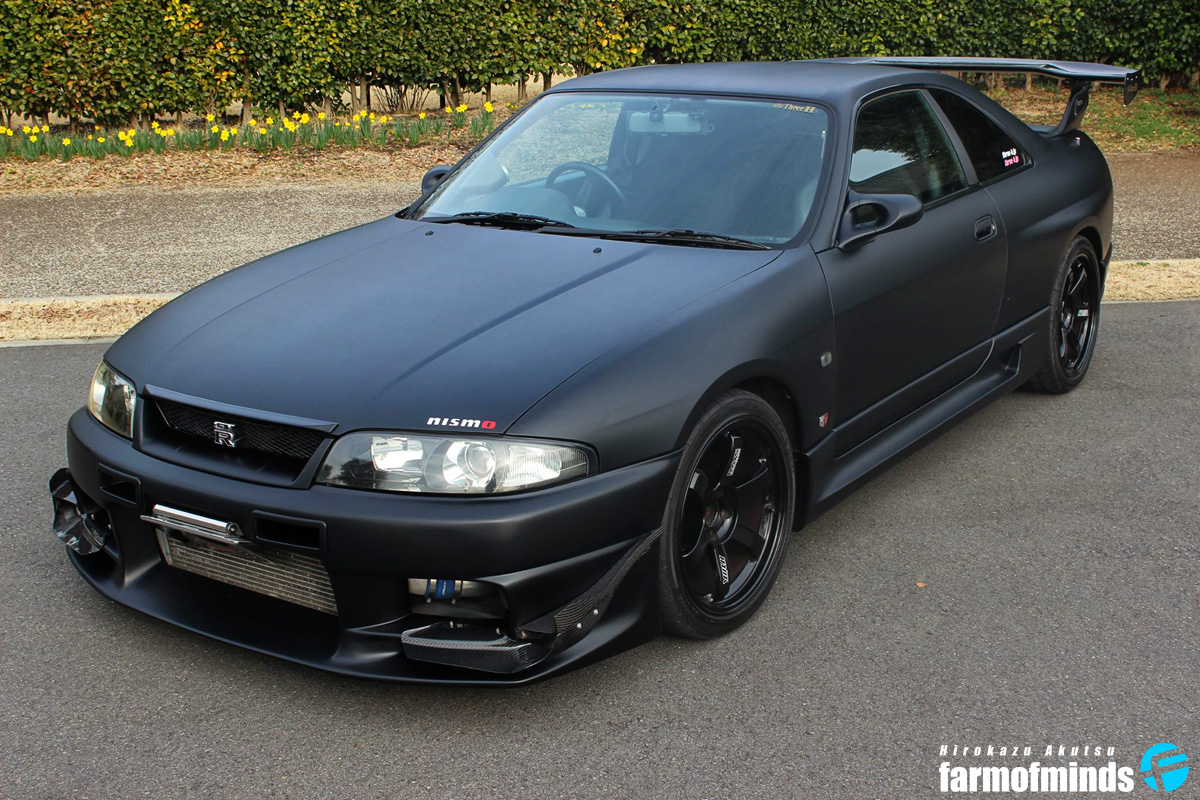 Matching the matte black wrapped body Hirokazu opted for a set of black TE37, the choice of many time attackers of our time, not just because they look incredible, but also because they are very light for their size. Apart from that a HKS Hipermax 4 coilover system has been installed to achieve as much grip as possible.

Recaro seats and a set of Defi gauges on the inside tie this up into a complete package that is definitely a blast to drive, not only on the racetrack. 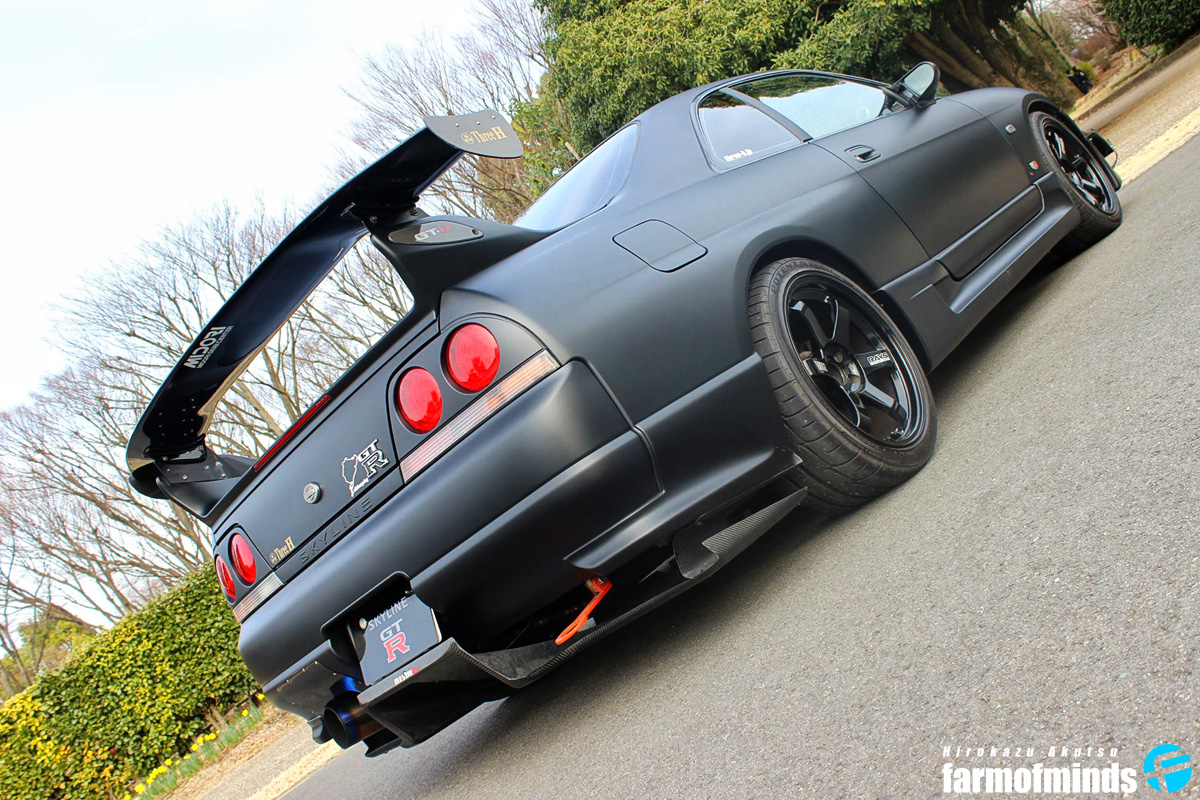 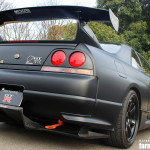 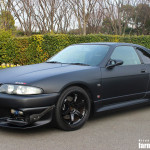 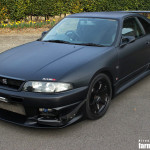 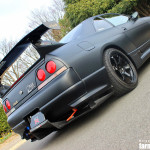