When someone mentions Liberty Walk, what comes to mind will be high end cars with super wide body kits and fender flares. As we all know the trend has taken the world by storm. In Kuala Lumpur, Malaysia, a garage by the name of Aylezo starts to gain interest in the look. Aylezo is a garage that runs a Lamborghini Super Trofeo team that is based in Malaysia. It is also the headquarters for local driver Zen Low. 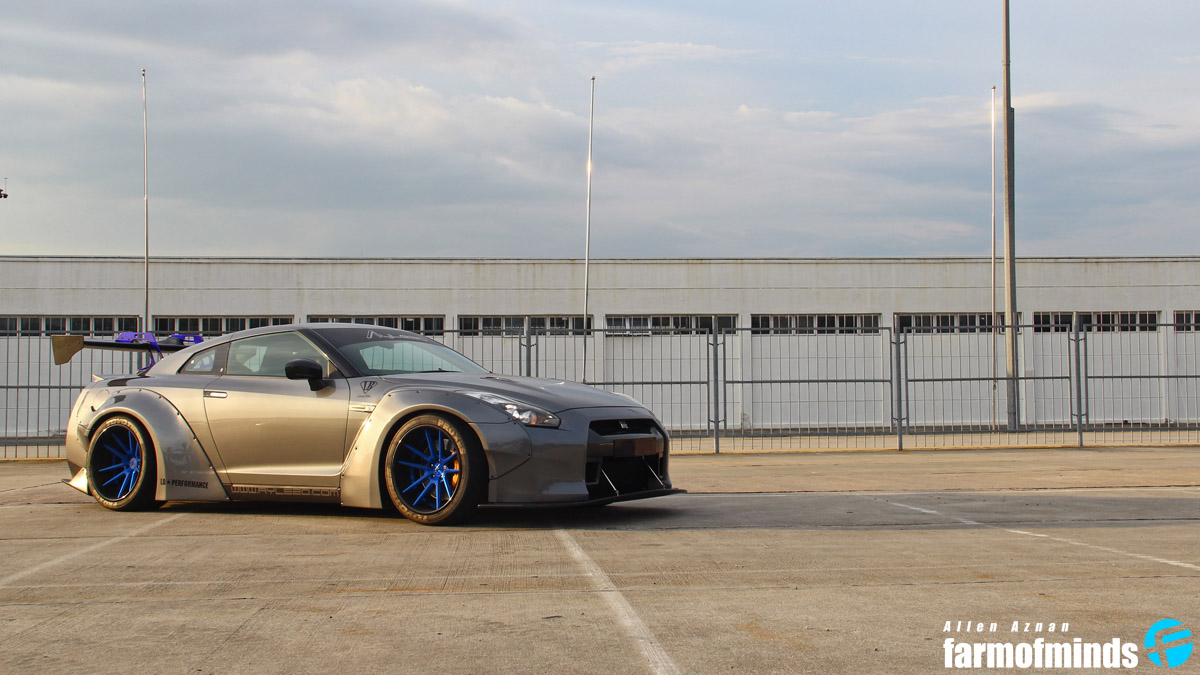 The interest started when one of Aylezo’s employees named Cheah was looking through the internet when he came across photos of the Liberty Walk cars. Just the look of the cars blew his mind. But for the time being, he kept it to himself. As race season for Super Trofeo went to Fuji in Japan, Cheah spent the down time strolling in the pit area. That’s when he came across the Liberty Walk booth in the flesh. Right away, Cheah told his boss and pitched the idea of collaborating with Liberty Walk to build an LB car on Malaysian soil. His boss, Zen was cool with the idea so they approached the Liberty Walk booth after the race. 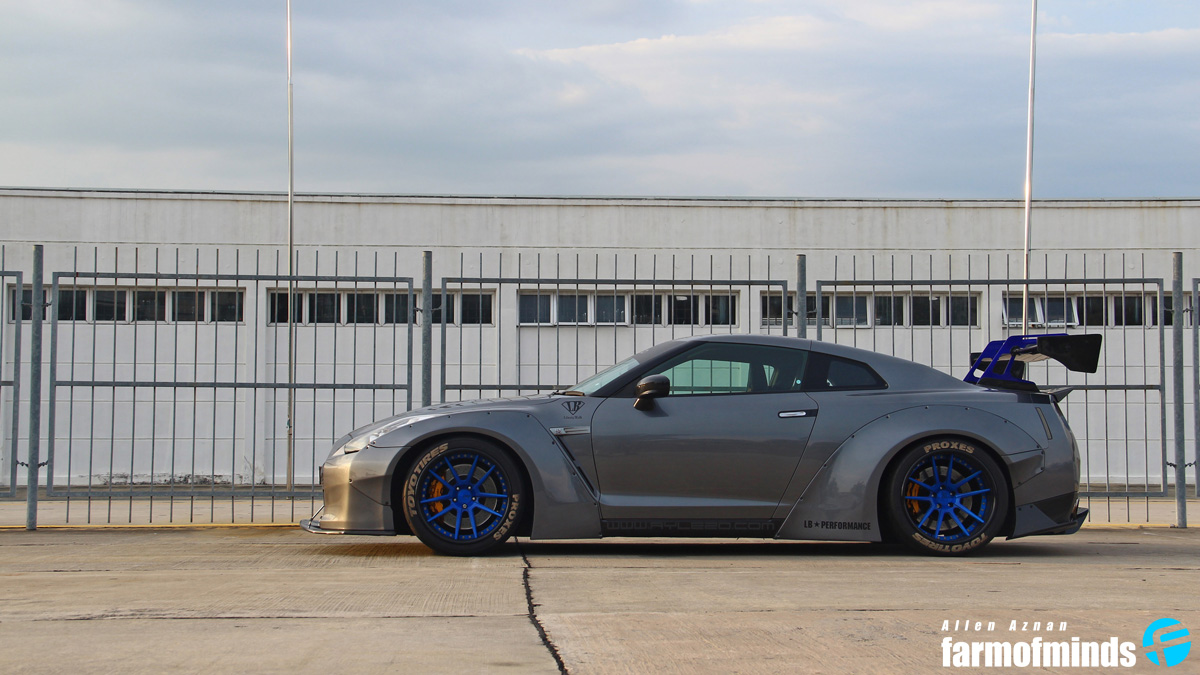 Once there, they met Kato-san and his right hand man, Toshiro Nishio. They have to since Toshi-san was the only one there who can speak English. After a bit of discussing, they expressed that they did have an interest in the Malaysian market and they planned to visit. With that opportunity, Cheah expressed to them that Aylezo would like to be the Liberty Walk dealer for the Malaysian market. The Liberty Walk crew agreed and gave Cheah a huge bundle of brochures to go through and bring home. 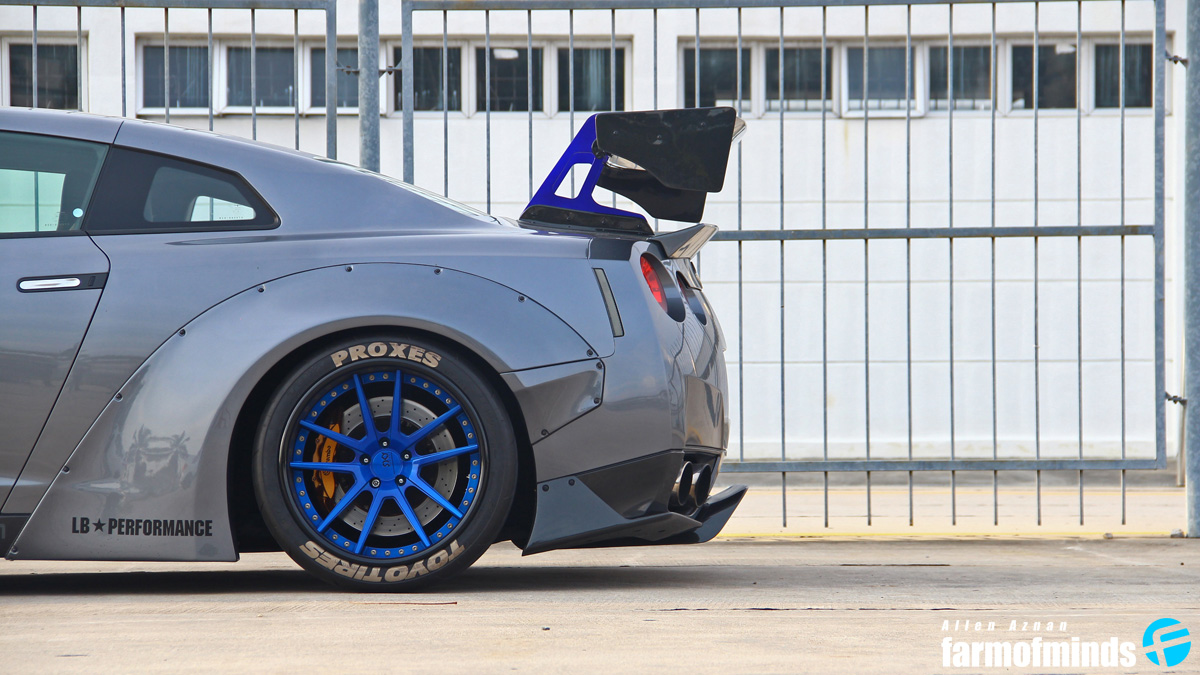 A month later, Kato-san and his team flew to Penang to build the first Liberty Walk R35 GTR in Malaysia. That’s when on the same trip, they went to visit Aylezo’s garage. After checking out the garage, the LB team was satisfied with the place. But they suggested that Aylezo try to fit the LB kit themselves. The guys at Aylezo were caught off-guard with that suggestion but since Toshi-san will guide them, there’s no harm trying. So straight away they got hands of a 2008 Nissan R35 GTR for the build. 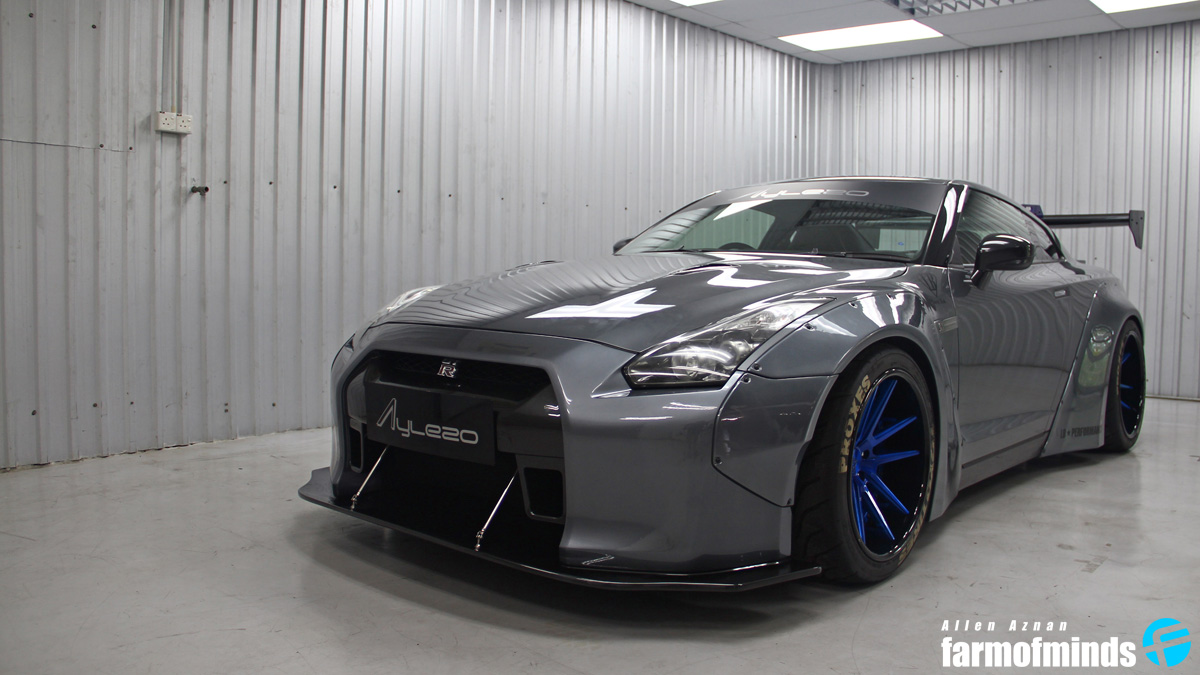 So as they carried out the build, it was not as difficult since throughout the whole build, Cheah and Toshi-san were constantly on WhatsApp for reference. From things like measure points, cut points and fitting details. During the build, they came across a slight issue on the third tail lamp placement for the car since the stock third tail lamp will be covered by the wing. At first they thought of placing one inside the cabin but it seem to be a bad idea. They thought of using the triangular bumper light like the Toyota 86 but it might disturb the existing lines. They even thought of cutting the ducktail wing but the possibility of breaking the wing is too great. So at last, they fitted an LED strip in between the trunk lid. Seamless fit and functional. 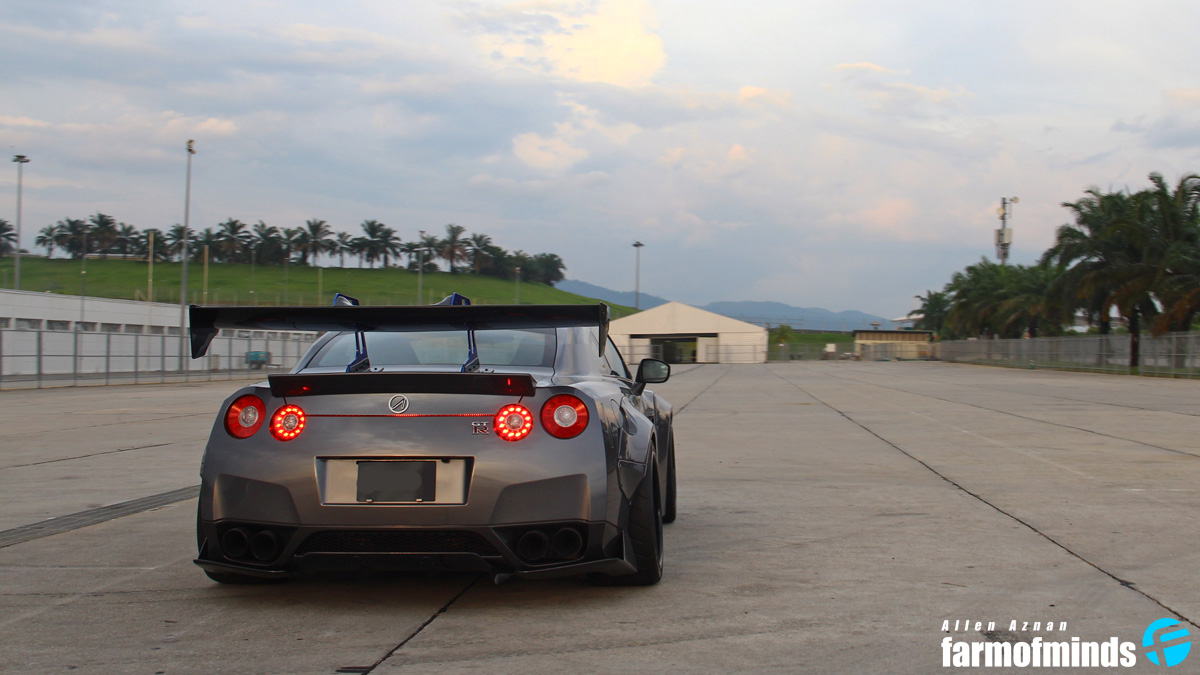 Aylezo decided to go for approach where this car would be a track ready car. For that purpose, instead of going for air suspension, they decided to go for a functional coilover set up that was based on an idea by Litchfield, a tuner in the UK. The purpose is to keep the R-mode on the R35 functioning. So the plan is to use Bilstein coilovers and modded to fit the LB set up. 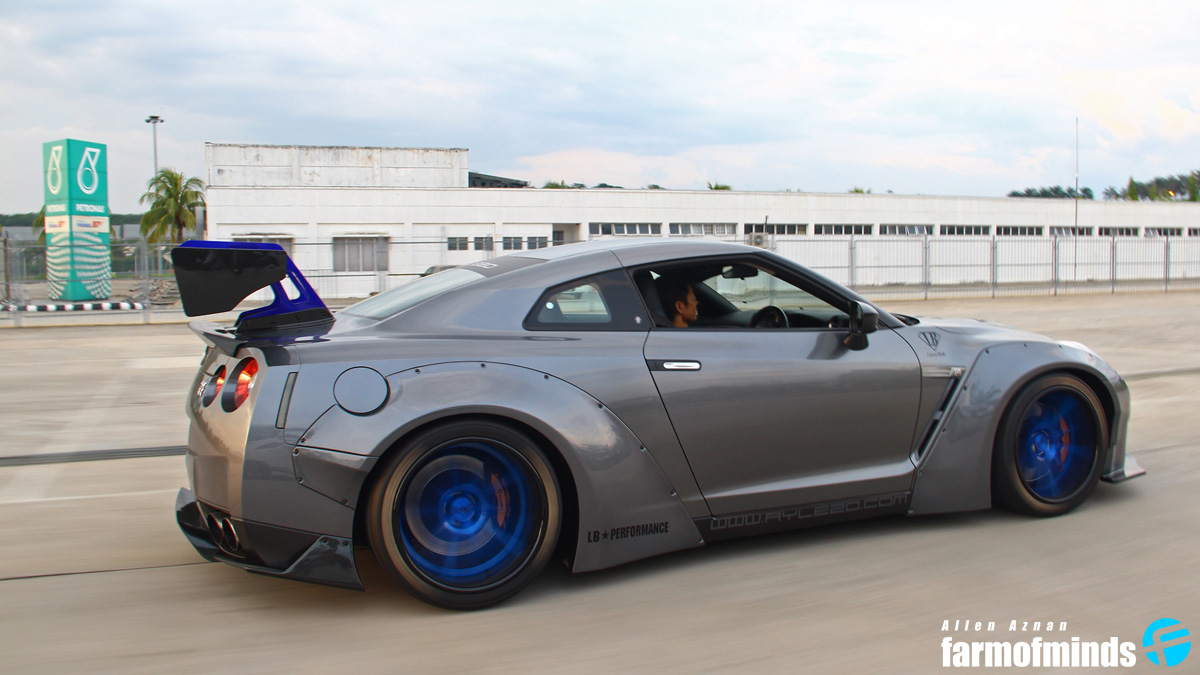 Finally the build was done and the finishing touches were in place. One of the last things on the car was a custom CNC Aylezo badge on the car that is half painted, half exposed carbon fiber. So when the Liberty Walk team came to see the car, Kato-san was extremely happy with the outcome. For that, he decided Aylezo will be the official dealer for the Southeast Asia region and they will do the fitting and installation. The guys at Aylezo really hope to establish a Liberty Walk society in Malaysia and the region, thus making it more accessible. So hopefully in the near future they can have 10 to 15 Liberty Walk cars rolling together. But for now, their demo R35 will be a head turner for years to come. 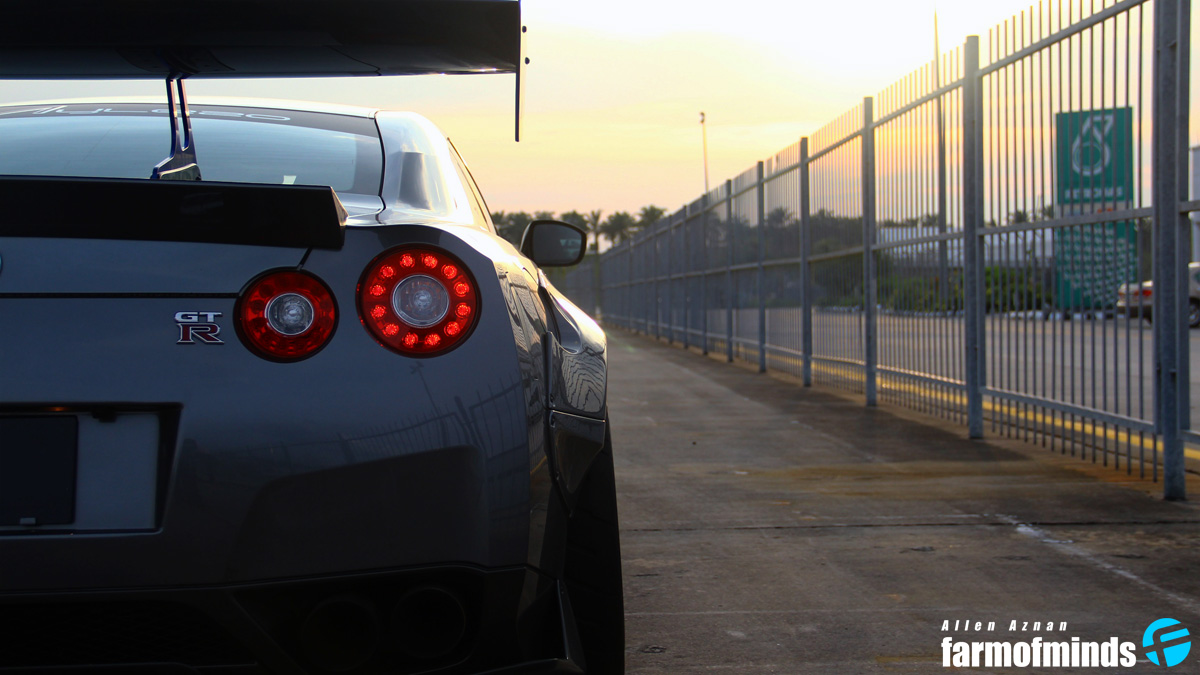 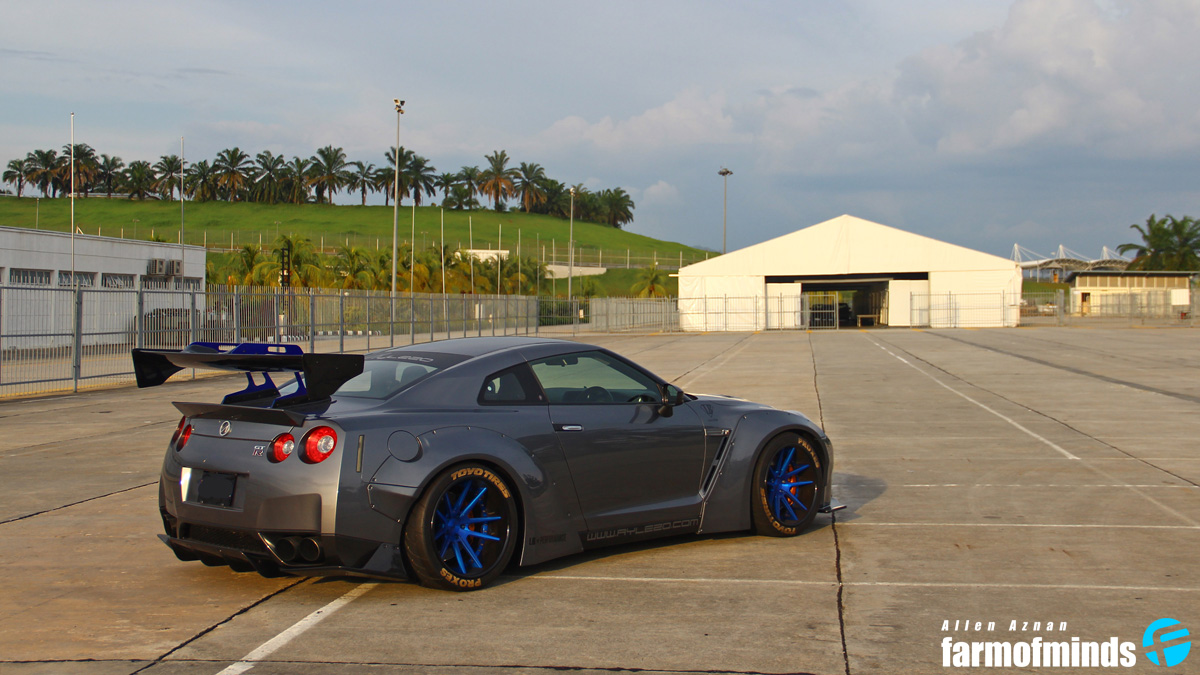 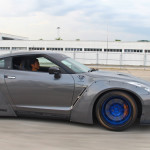 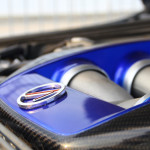 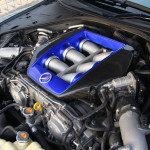 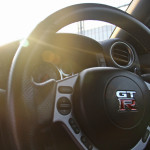 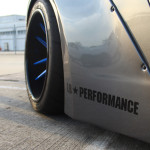 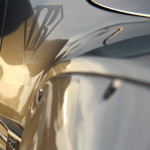 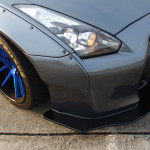 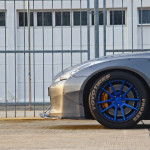 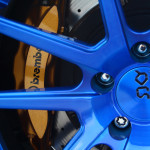 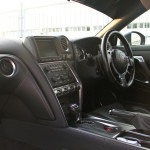 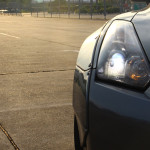 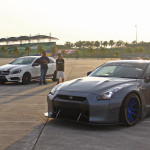 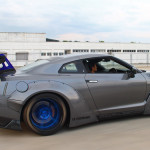 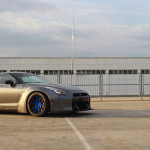 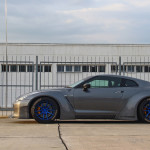 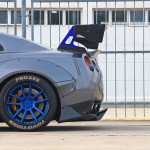 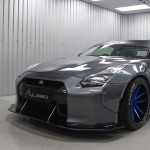 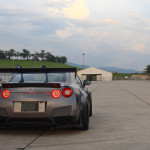 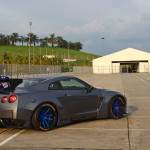