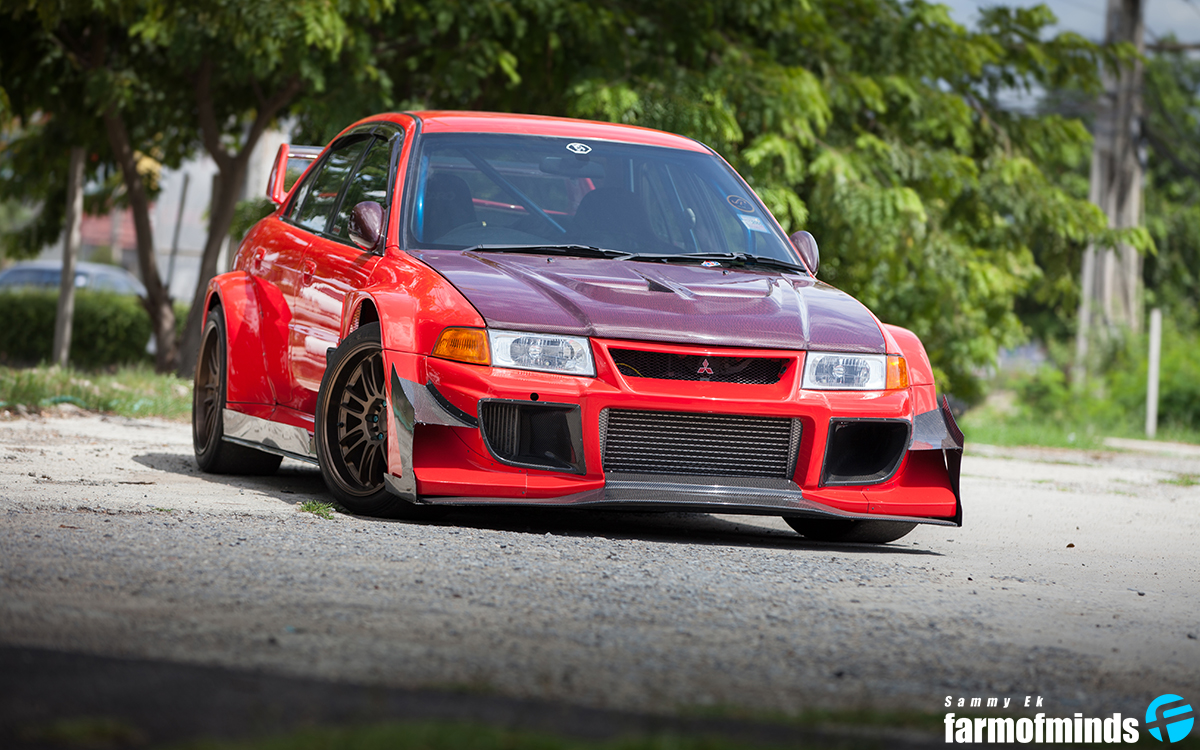 When Matt (owner of FOM, which you obviously knew ;)) gave me this feature to write up, the original title said “Mutant Evo 6.5 TM edition”, which is very fitting in our modern day society however I have to respectfully disagree with it.

The Tommi Mäkinen Evo much rather feels like how every Evo wants to / should be. Think of it as an evolved Pokemon.. if you’re into that.

The owner of this particular Evo 6.5 is a gentleman from Chiangmai, Thailand. Mr T. Chaiyachote. He has told us (not so surprisingly I might add) that the reason for his choice is that he simply loves Evo’s. It’s exciting and can easily be one of the most obnoxious road cars out there. He also shared that his future modification plans are some Varis Wings.. I mean how well have you done your car if all you have planned is a different rear wing? Wonder no more, you can read all about it below. 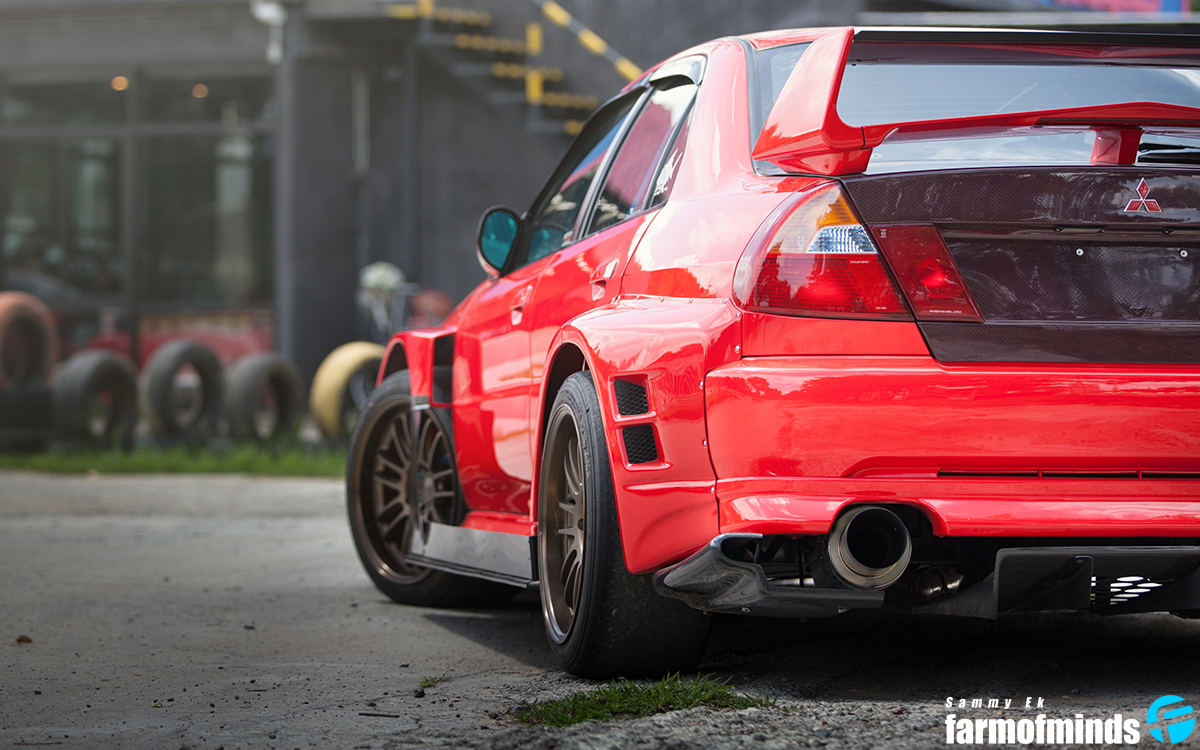 The work on the car has been done by 3 separate garages; N-Sports, Ball Tuner and Phat Garage, none of which are stranger to Motorsports, which ensured that this project will not fail.

First of all, I have to say that this is probably one of the easiest cars to pick up guys (yes you read that right, I did say guys because who wouldn’t turn around for this) with. Its massive Varis Asso widebody kit, canards and diffusers. The appropriate ground clearance is ensured by a set of Tein Mono flex coilovers, whilst the full race breed born Volk Racing RE30’s are keeping the car on the road in some rock solid 18×10.5J all around. 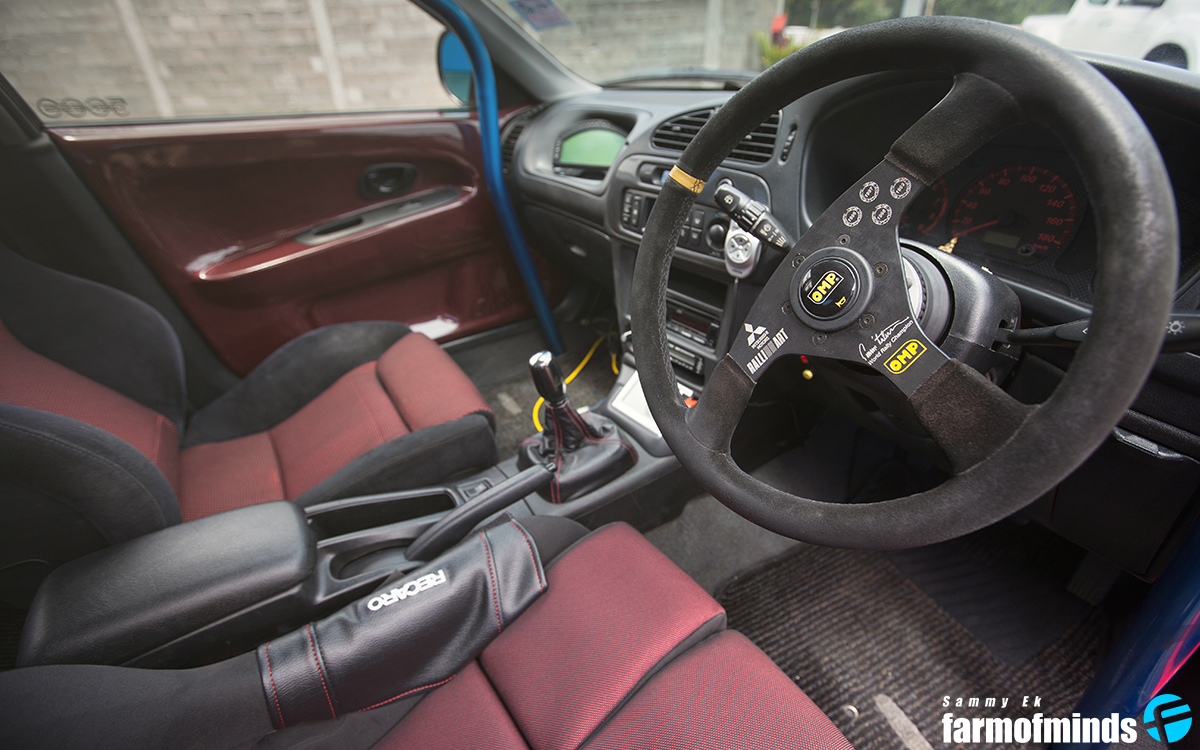 The interior had the ultimate TME treatement with the Recaro seats (with embossed T. Mäkinen logo) except the drivers seat, which was swapped out for a Recaro TSG. The steering wheel is a suede OMP Tommi 4 Champ model, which got its name cherishing the 4 WRC driver championships that the Finish legend has won with the car. Apart from that and a couple of man-gadgets (like the digital dash to monitor everything under the hood) a roll cage was put into the car alongside some carbon innards for the doors.

This is all that I can say about the appearance, however we’re far from being done with talking about this. In fact it is under the hood is where this 1999 machinery really steps ups to the podium. 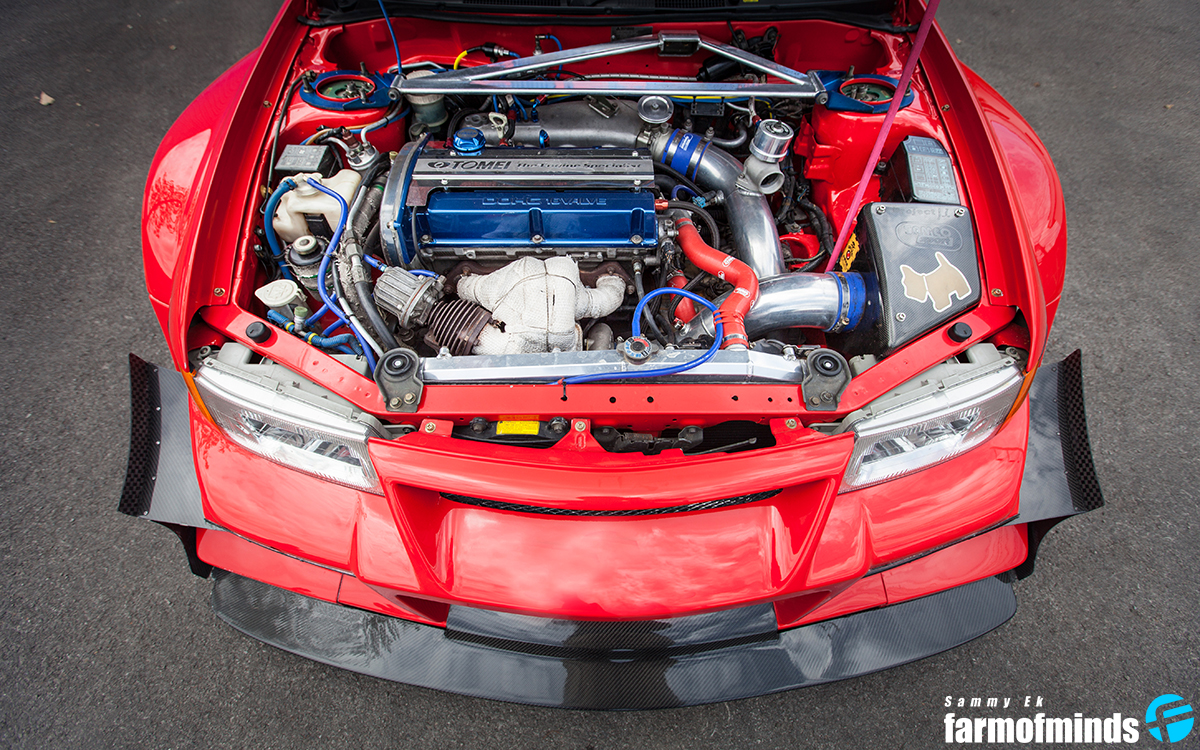 The original 4G63 motor was kept, which comes as no surprise given that this 2 liter 4 cylinder engine is more or less the best of its kind when it comes to capabilities and reliability.

When you look at the car, it is going to be apparent that it wasn’t made for a “low n’ slow” lifestyle, which it’s 753HP and over 600Nm torque can quickly (very… frighteningly quickly…) prove.

The modifications done to this car is beyond bonkers; lets go from inside out to try and keep some structure, because when I first glanced through the list, I was way too excited to stay organized and easy to understand. 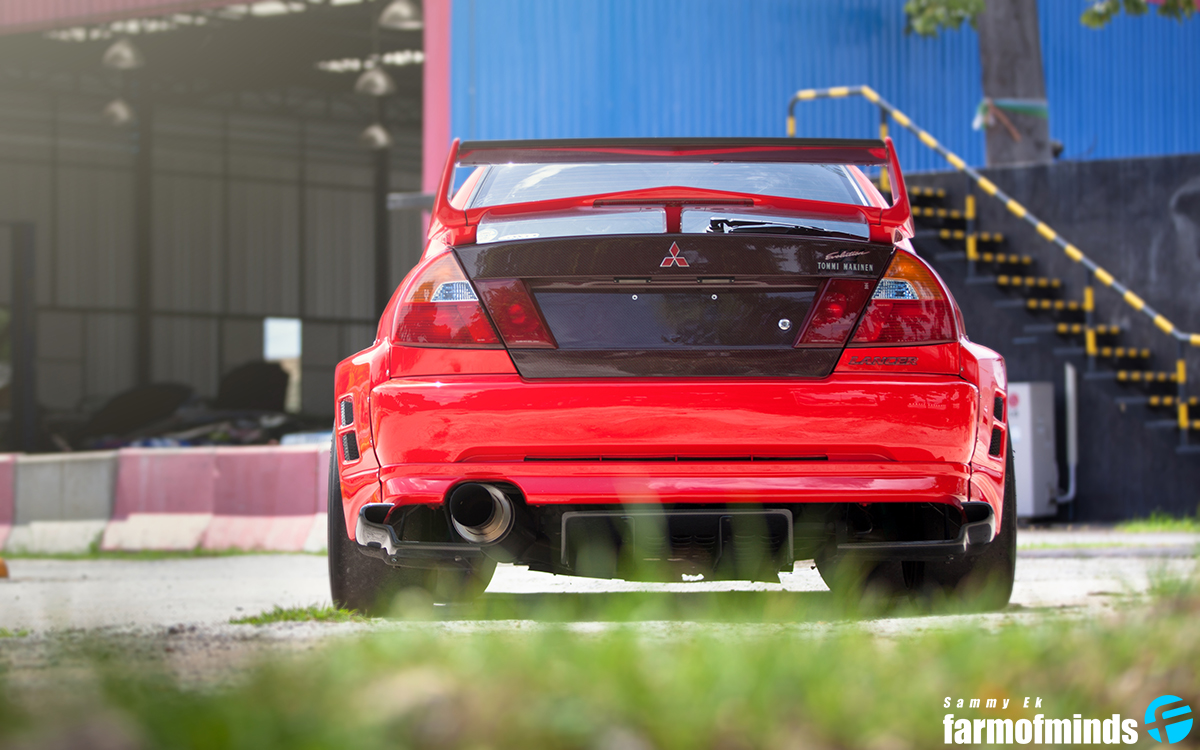 The pistons were changed to a set of Mahle 85.5 ones together with some Crower rods, HKS Sprockets, Tomei spring valves, Tomei retainers and 2 Tomei 280/11.8 camshafts. This is a list that if you’ve been and around cars for a while now, will instantly give you a reality check of how mean this one sounds.

Surprisingly the throttle body was taken out of an Infiniti Q45 (VH45), as it’s much bigger than what the car originally came with. The turbo was replaced to achieve the 750+ hp with a Garrett GT35 ball bearing one and the blow-off valve to a Greddy Type-R. Just to make sure that the whole town knows when he lets off the throttle. 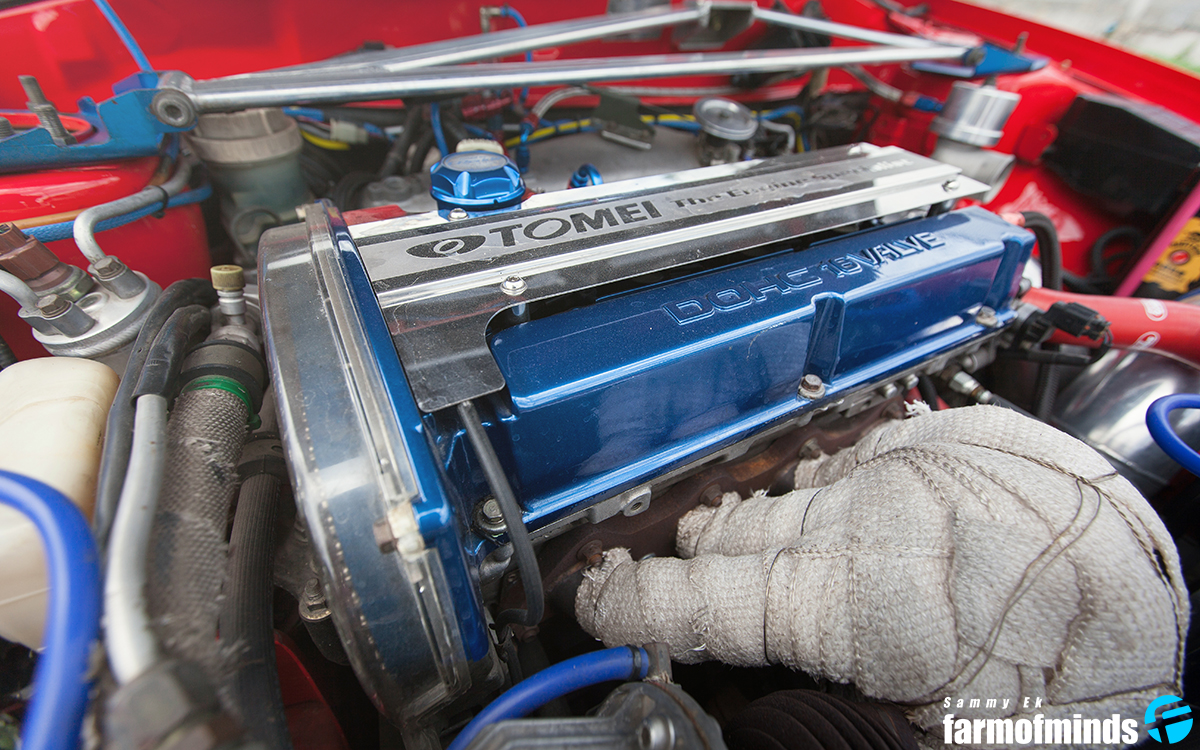 Given the massive specs inside the block, it goes without saying that it is one hungry monster. To match it’s needs, the fuel is delivered by a set of SARD 1000cc injectors through a Tomei injection rail.

A Greddy intercooler, a Kansai intake and 4 CDI Motec coils has also been added. To not end up like Brian O’Connor (Fast&Furious reference to blowing the car) with this power a twin plated Tilton clutch was installed.

Now this mighty fine shopping list is managed by a Motec M800 ECU.

To seal everything off and to deliver the amazing musical this thing can orchestrate we have a 3″ Trust titanium exhaust poking out from the rear. 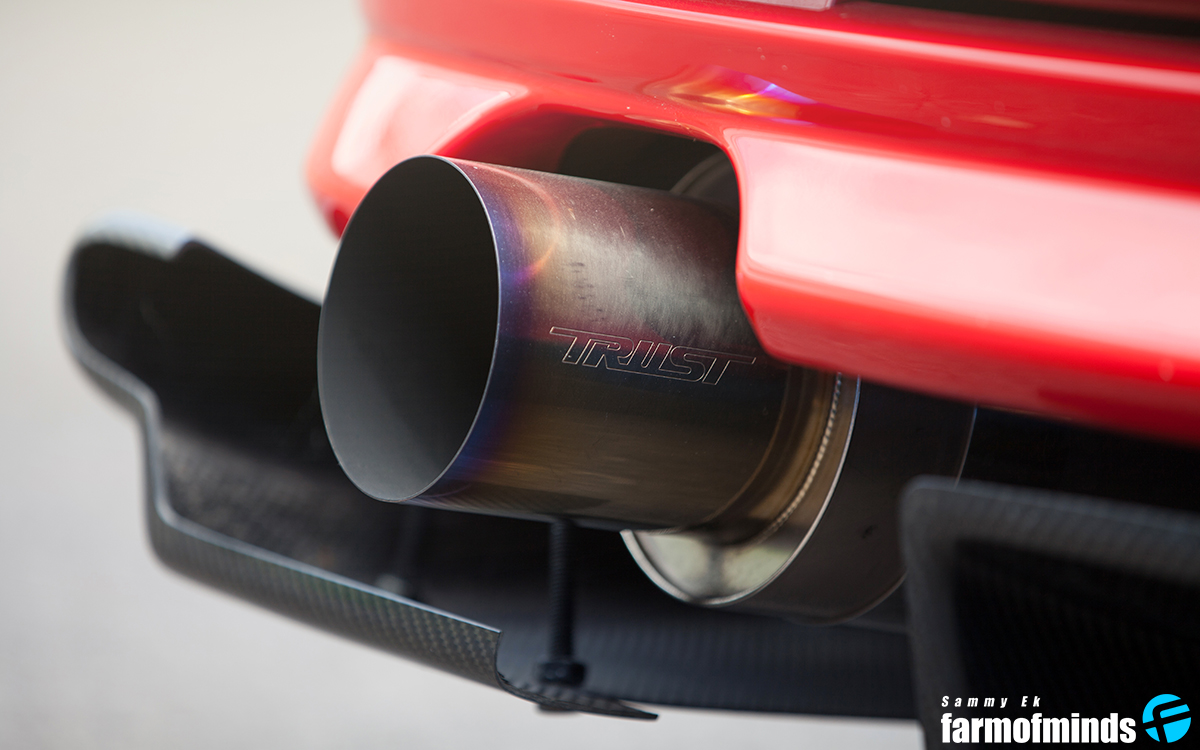 One thing I haven’t talked about is stopping power.. After all you want to make sure that you can use that 753 horse power more than once right?

Well Mr. T spared no expenses on this department either. The 4 pot Brembo brakes all around are holding together a set of Endless brake discs, which are being pressured to bring the car to a halt by some very famous project Mu brakes pads. 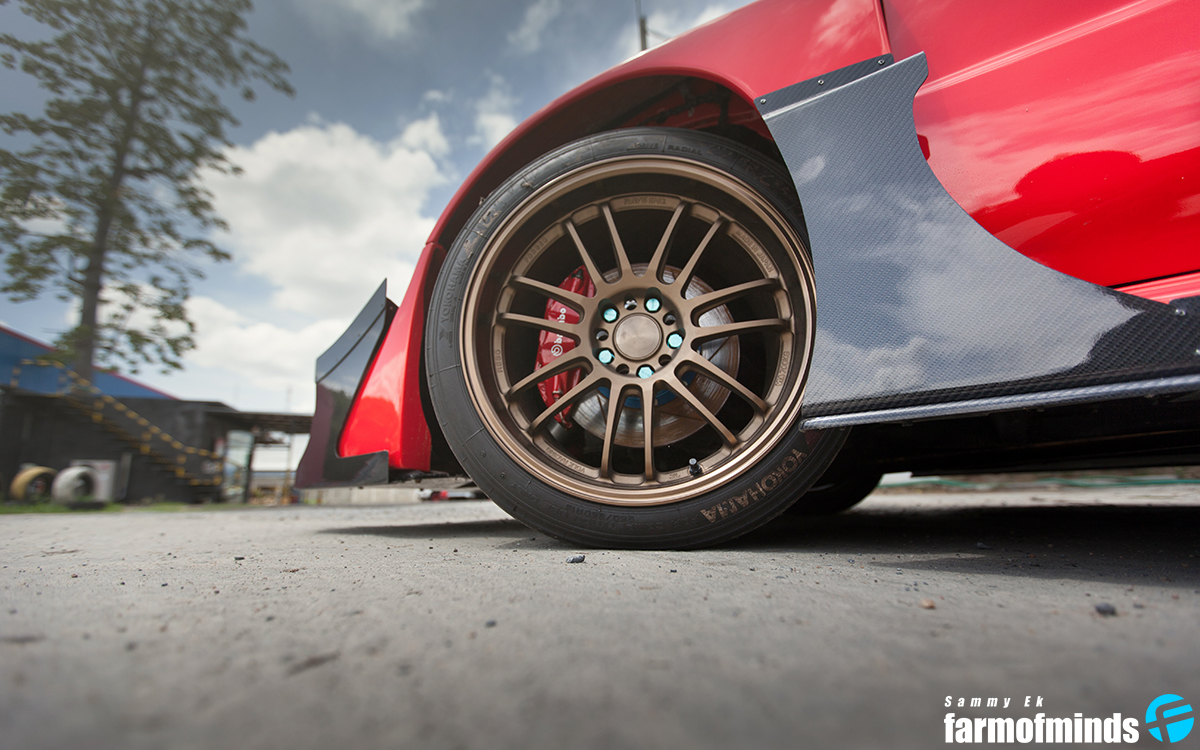 All in all this Evo might not be the prettiest or the fairest lady in town, but it certainly does live up to its heritage and it does so proudly. I can only imagine the huge grin on Mr. Chaiyachote face every time his right foot gets a little “heavy”.

If the saying is true and you should only buy a car that you turn around once you walk away it, he has made the right choices.

As always, thank you for sticking around and here are some BONUS!! pics. Leave a comment below to discuss if you’d daily drive the sh*t out of this (I know, I would). 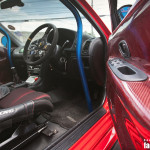 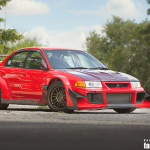 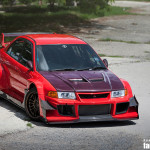 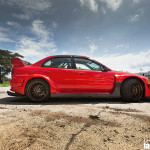 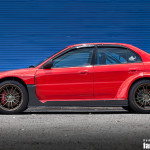 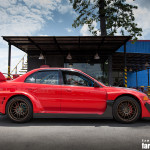 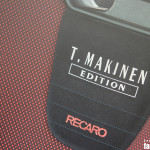 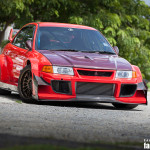 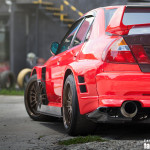 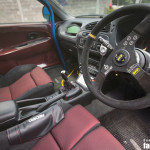 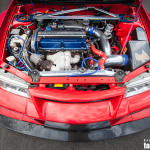 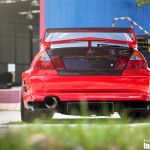 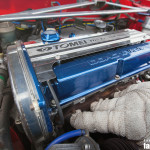 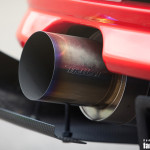 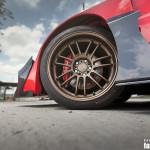