Cleib Garage Takes On The BRZ

The Subaru BRZ: an engineering masterpiece, a piece of art and a modern day driver’s car. All thanks to the joint effort between Subaru and Toyota. After the elapsed time since it’s release until today, it’s easy to see why it was one of the most anticipated cars of the decade. 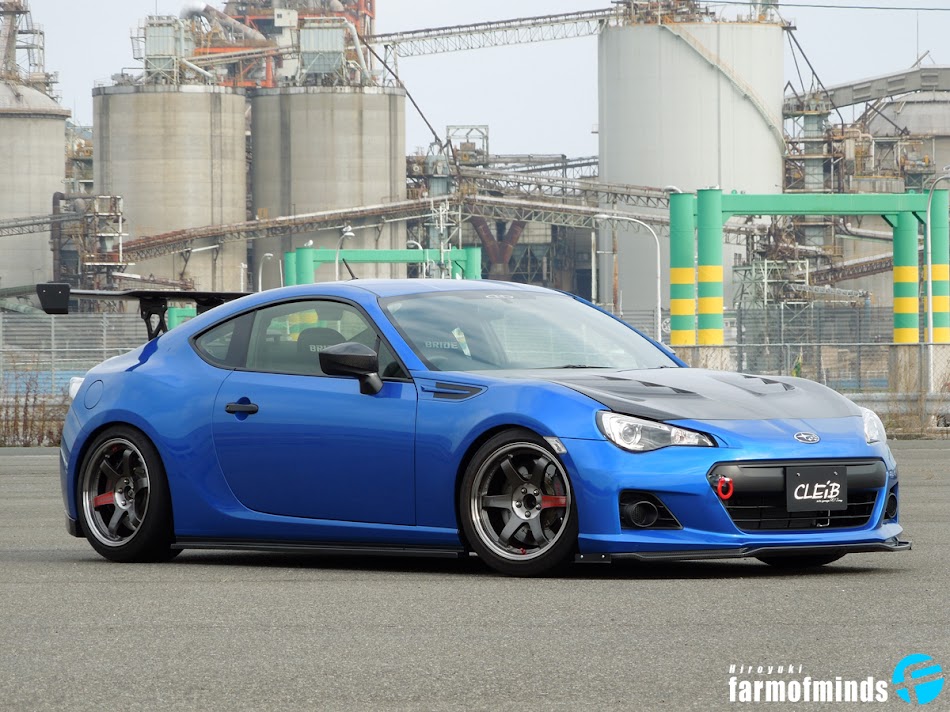 While some enthusiasts argue that the BRZ lacks power, others oppose and say that the power would distort the feel of the car. Our friends over at Cleib Garage in Japan seem to think it might ruin it as well, at least that’s their definition for the time being.
That doesn’t mean they were opposed to altering the car in some way shape or form because after all, no car is perfect. In fact they did the very opposite. The results appeal to the driver within and to the eye. 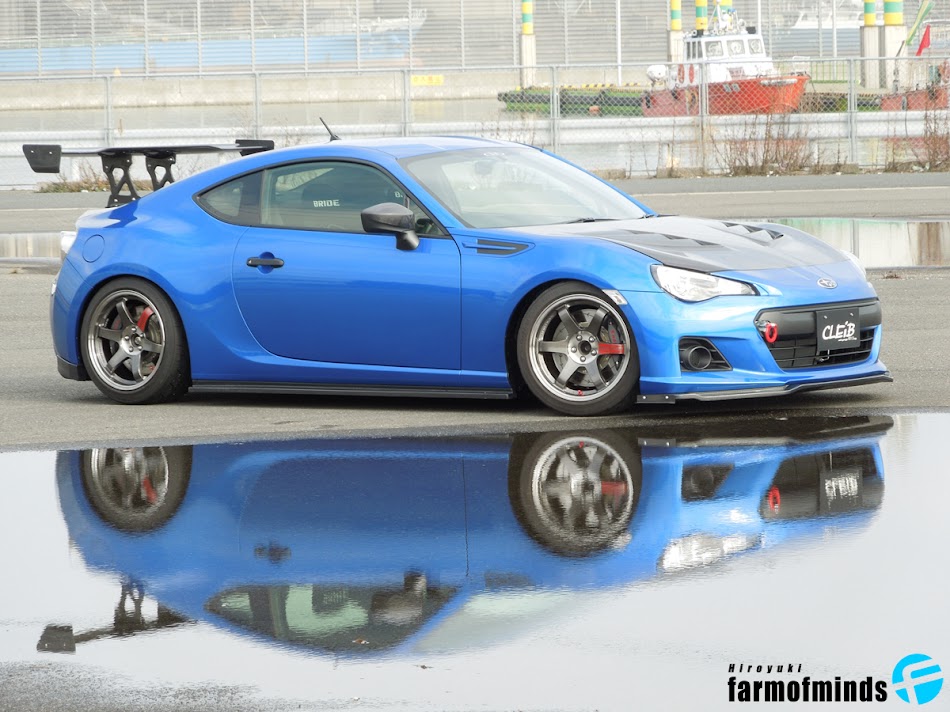 The Cleib BRZ started off as any standard BRZ should be, in traditional Subaru Rally Blue, which was purchased by shop owner Hiroyuki and boy did it not stay standard for very long. 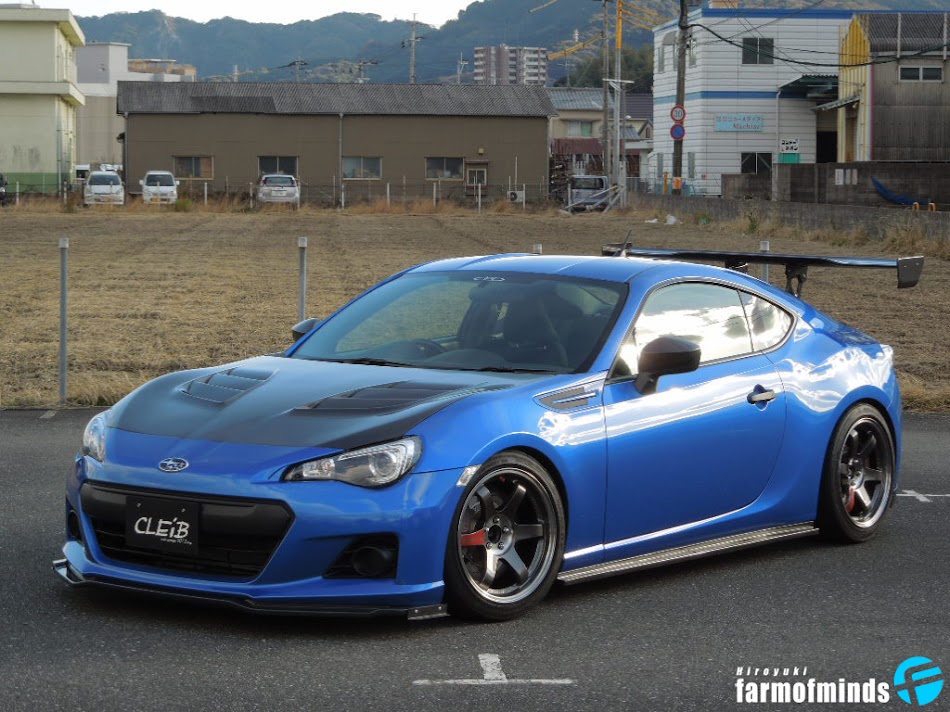 I’m not sure what Subaru/Toyota were thinking when they decided on the rims that the cars were to be delivered with but whatever the case, they were a mistake, a rather big one. No worries, as Cleib gave their BRZ the set of shoes it wanted and deserved: Rays TE37’s. They might be overplayed in the tuning scene but in the case of the Cleib BRZ, they just work. It might have to do with their charcoal grey color blending in with the rest of car while not tracking any unwanted attention from the eye, which is where the red logo comes in handy as it contrasts the blue yet makes the wheels to be known from afar. 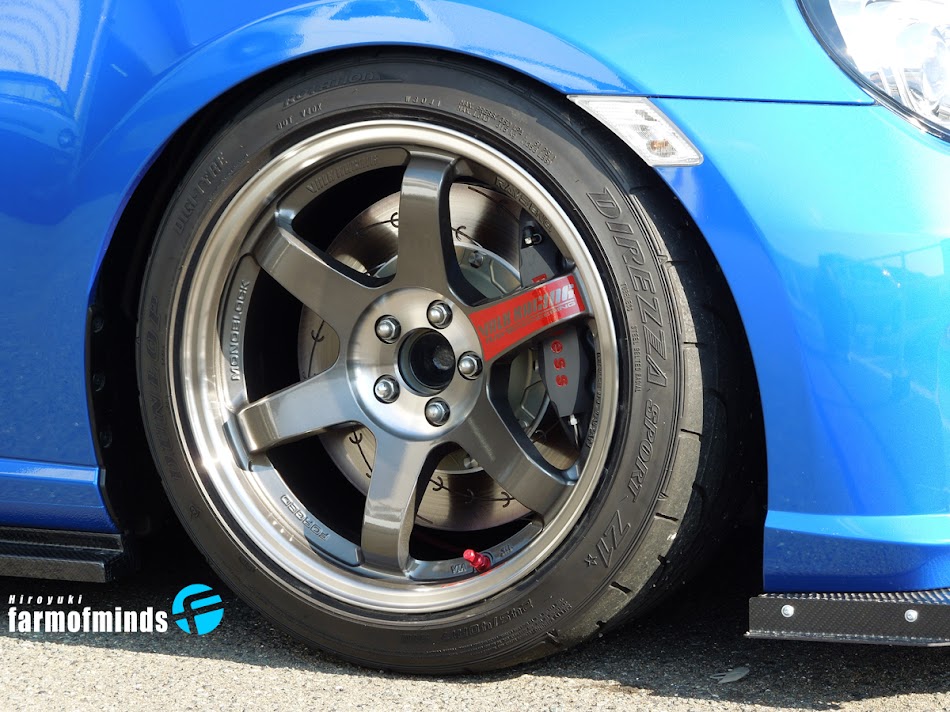 To further highlight the BRZ’s handling, they have also added complete Endless Racing suspension with Cusco lateral links and an Endless Racing big brake kit all round. 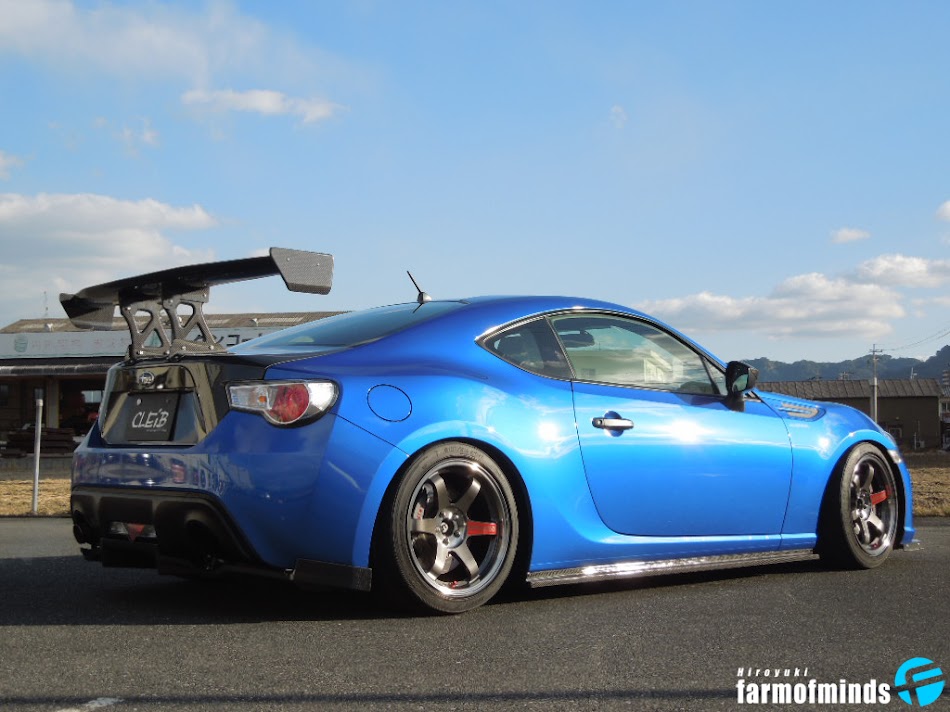 The BRZ is already a great looking car and Hiroyuki seems to think so too but that didn’t stop him from creating custom add-ons. I mean if you’re from Japan and you’re building a BRZ of your own, you have to put your mark on it somehow. So Cleib Garage came up with their own carbon front lip spoiler, carbon mirror covers, carbon side steps, carbon under panel and a carbon rear diffuser specifically for the BRZ: subtle enough not to change the flow of the car yet enough to add some flare. They also came up custom fabricated their mufflers to sit on the car, accenting their rear diffuser. Also featured are a number of Varris parts, which includes a carbon bonnet and truck, as well as Varis’s GT wing. 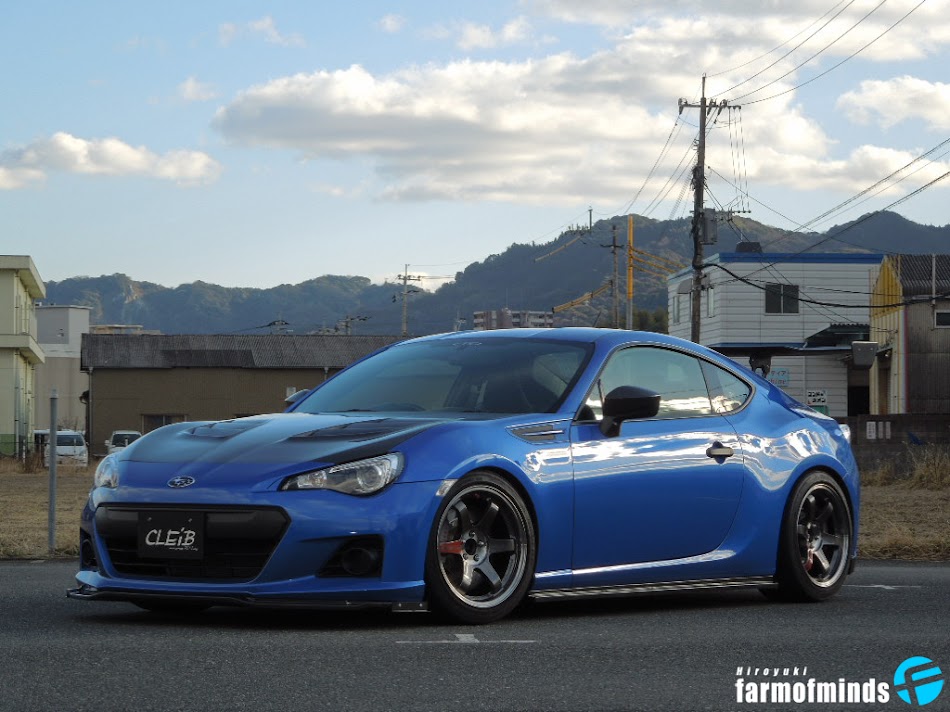 I’m not sure if you’ve had a chance to take a seat in a BRZ but the seats aren’t quite as supportive as they should be, well for normal driving I’m sure they are but after all, this is a BRZ. So Cleib Garage fitted some bride Seats so it can be fully utilized to do what it’s been created to do.

The Cleib Garage might not be a rocket bunny or run insane amounts of power but it certainly is a perfect example of what the BRZ might look like in the wild. Its styled subtly, has upgraded suspension and a nice set of shoes. Common upgrades that most car owners go through when modifying their car. So if you have a BRZ and are looking to modify it, we highly recommend you use this BRZ as a benchmark because it’s certainly an obtainable goal. As a result, we can certainly see Cleib’s BRZ parts making their way around the world quite soon! 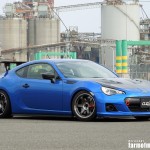