Over the last two decades engine electronics expert EcuTek has grown into a leading authority on the art of ECU tuning. With increasing orders from respected manufacturers and tuners around the world, and thousands of happy end users, Paul Cowland went along to find out how it all happened. 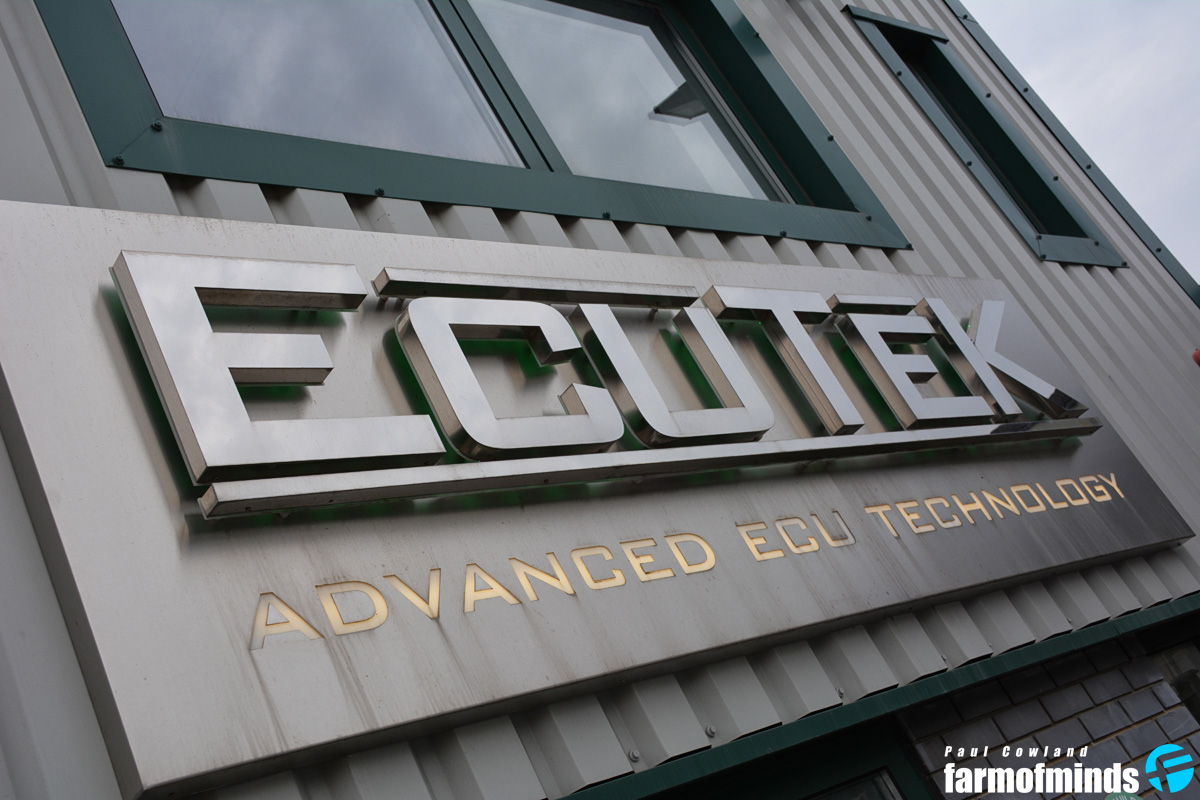 Many components developed within the car industry have a certain transparency of design. For example, the PCD and thread pitch of a wheel is usually repetitive and widely known; offsets and widths are even printed in the owner’s handbook. So it is relatively easy for aftermarket companies to use these stats and design alternatives that are both pretty and safe.

With the ECU, however, manufacturers do everything within their power to stop changes being made to treasured codes and programmes that took millions to develop. Incredible levels of security and encryption are added to protect this vital component. Cracking it safely, therefore, requires Jedi-like levels of skill, patience and knowledge. 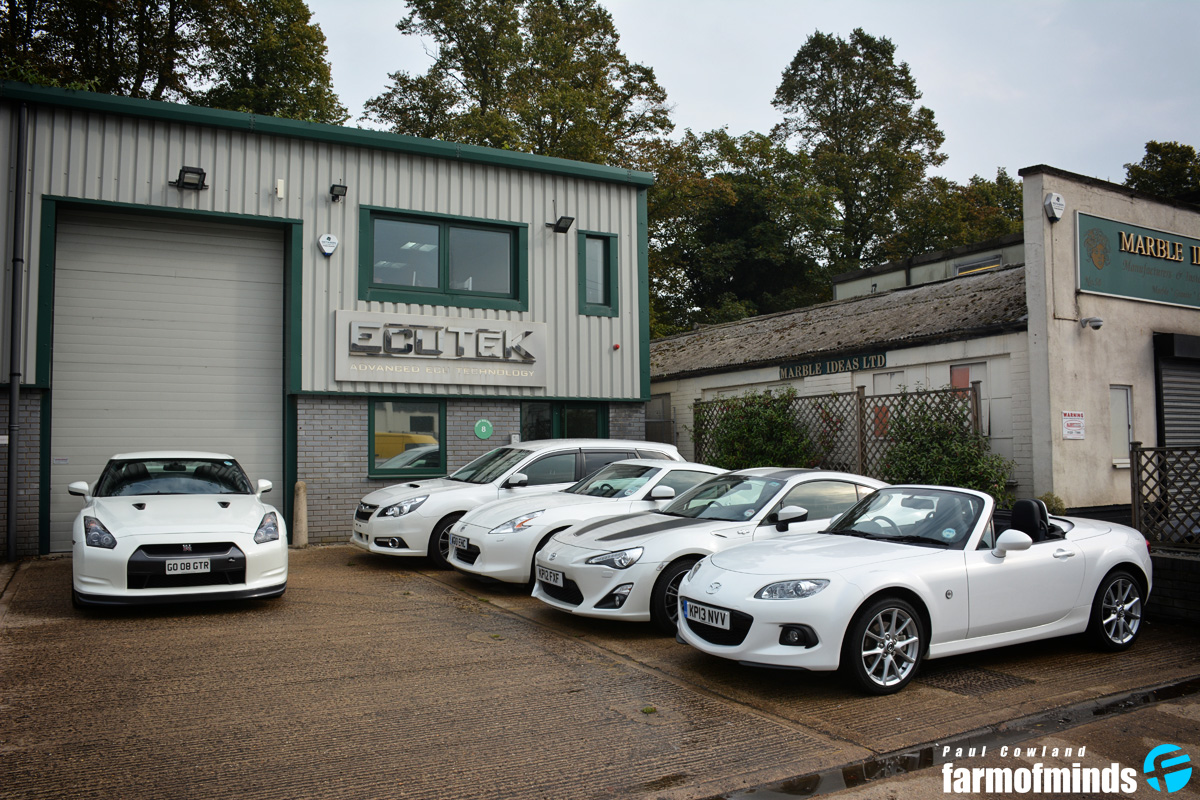 Based in West London, EcuTek has garnered a reputation for being a first port of call for anyone looking to make fundamental changes to ECU software, while maintaining all carefully created fail-safe protocols. Although many aftermarket ECU solutions claim to do this, a glance at EcuTek’s client list – including the likes of Mitsubishi, Subaru, Nissan and Mazda – indicates a level of product sophistication that makes even OEM warranty underwriters sleep soundly. But this relationship didn’t happen overnight. 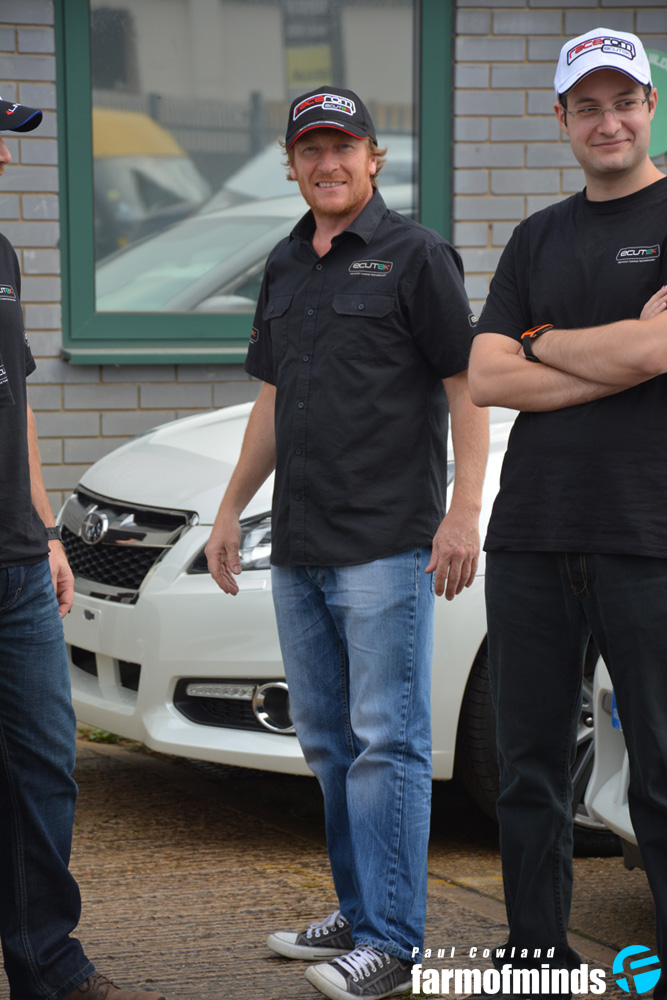 The story of EcuTek shows a reassuringly measured growth that started with two friends turning their passion for cars into a business. Back in 1995, talented engine mapper and engineer Merv Carroll worked at Power Engineering, extracting more performance from scene-defining cars equipped with Cosworth badges. But as the supply and desire for these cars waned, Merv adapted to the opportunities of an exciting new market filled with seemingly endless ranks of high-performance Japanese cars such as Evos, GT-Fours, MR2s, Supras, Skylines and Subarus. 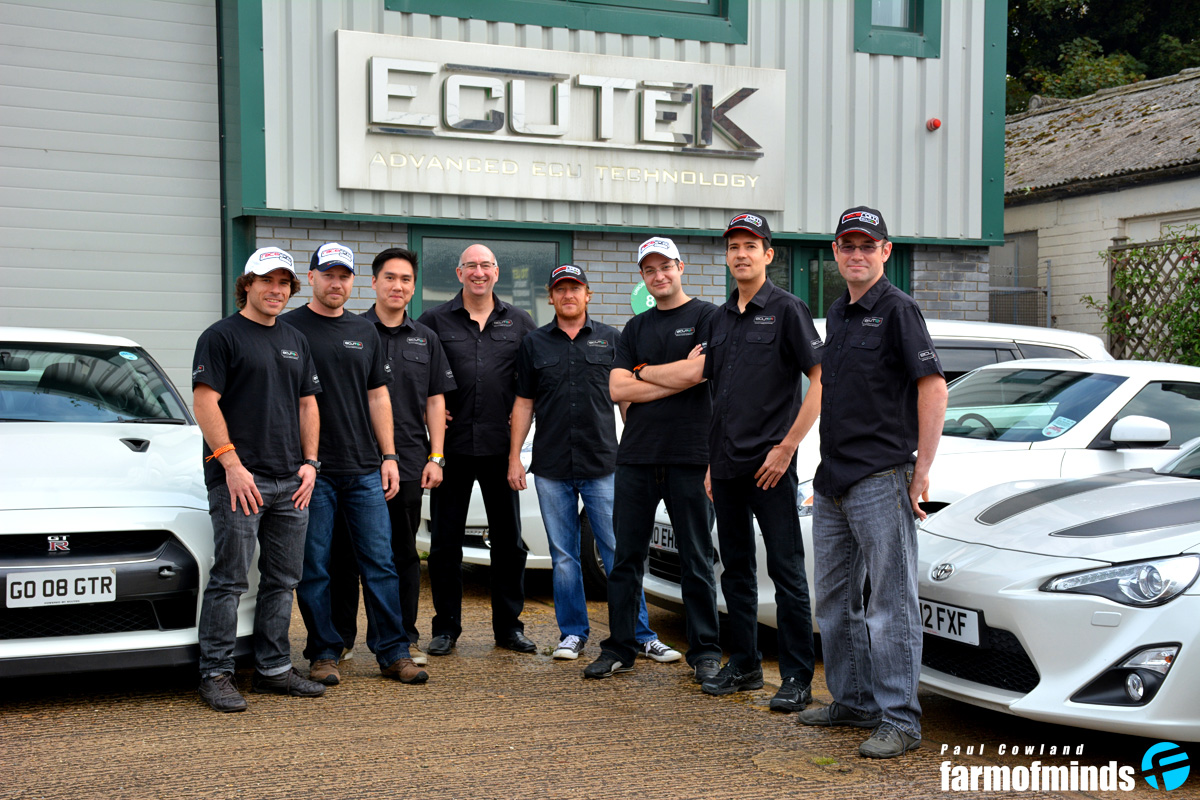 Over the next few years, the team learned and applied everything it could about these new breeds. Then in 1999 a customer arrived that created a chain of events which changed both his and Merv’s life forever. Merv picked up the tale: “Steve Done was a dream customer; enthusiastic, knowledgeable and wanted the best of everything. He’d bought a new UK model Impreza and had done everything he could to it – exhaust, boost controller, intake system… you name it. He then wanted to properly enhance the ECU, but at the time, there was no method within the industry to do it. We had a look and couldn’t access it using any of the known protocols or methods, so a great deal of research followed.” 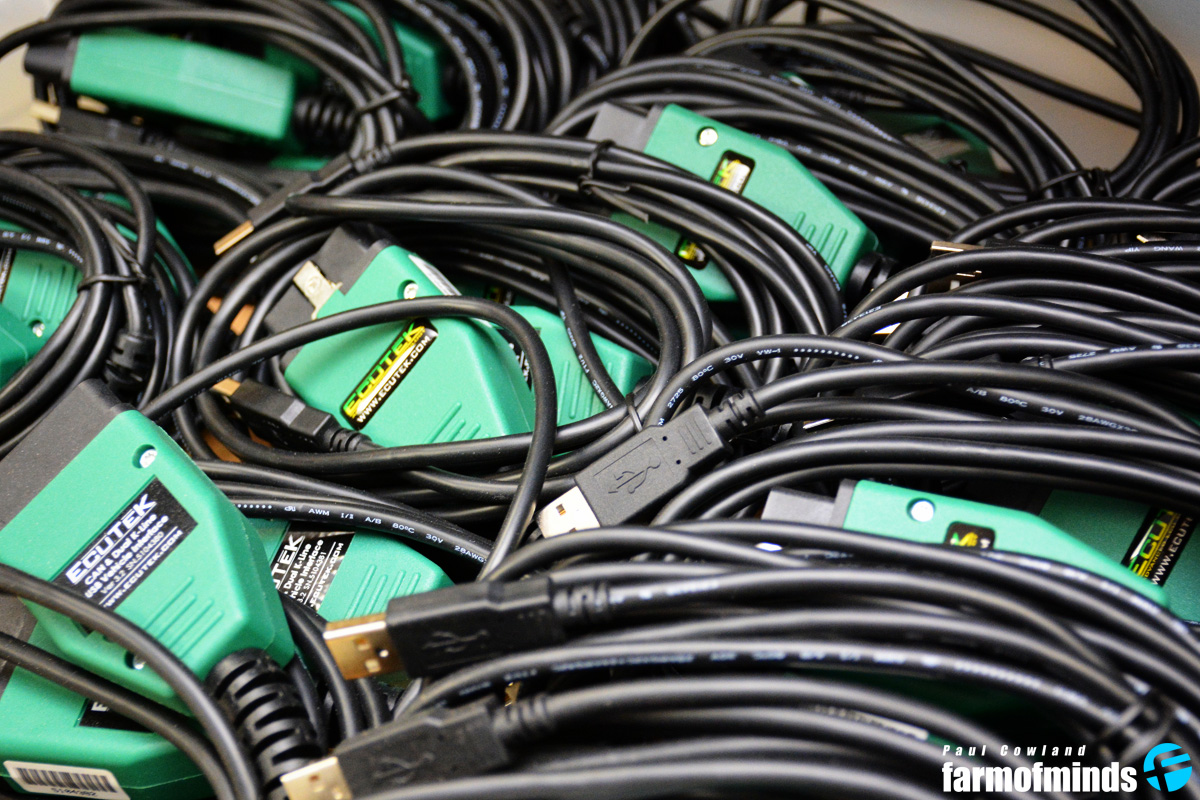 Merv and Steve embarked on a mission to ascertain the correct way to tune the car. Rumours of a Japanese company successfully cracking the ECU were flying around, but as Merv himself put it, “When we looked into it properly, it was all smoke and mirrors. It wasn’t the complete solution we craved.”

At this point Steve and Merv had a genuine epiphany. Having trawled the globe to find answers, it dawned on them that the answer might lie much closer to home. “At the time, Steve was a senior internet designer for Cable & Wireless and had a real passion for electronics, so we decided to use his experience to try and crack it ourselves,” Merv continued. “I showed him everything I knew about the ECU, and he then used every spare hour learning how to ‘hack’ it. The result, a few months later, was an unlocked ECU, with every element open to scrutiny and adjustment.” 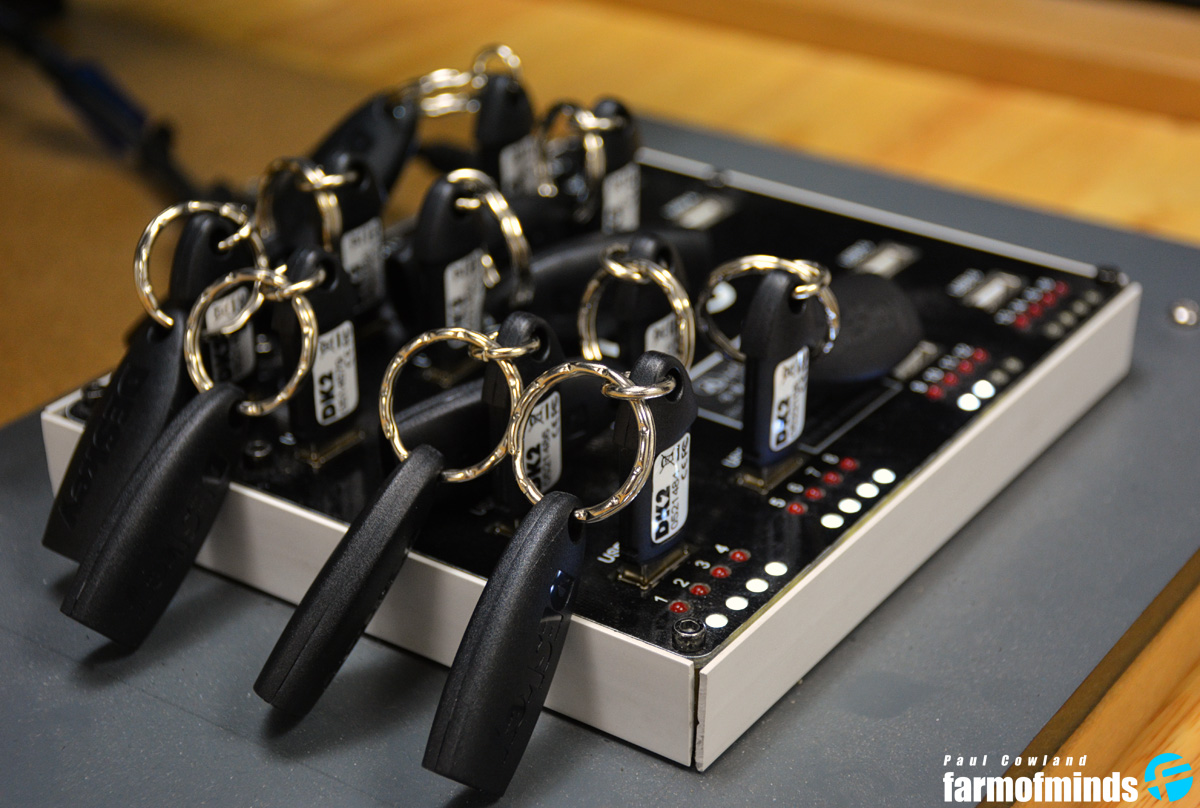 It was no easy task, however. In order to get to this point, every conceivable method was tried, resulting in the painful death of some 15 ECUs. “That old ’99 ECU was very fragile,” laughed Merv. “We found out the hard and expensive way to crack it!”

That vital first coding took the pair over six months to create, and it gave them all the keys to the castle, so to speak; no control parameter was beyond their reach. Whereas all previous ECU conversions has only altered the basics, Merv and Steve could now see and adjust functions such as boost pressure, ignition timing and rev limits with the same dexterity and authorship as the factory. 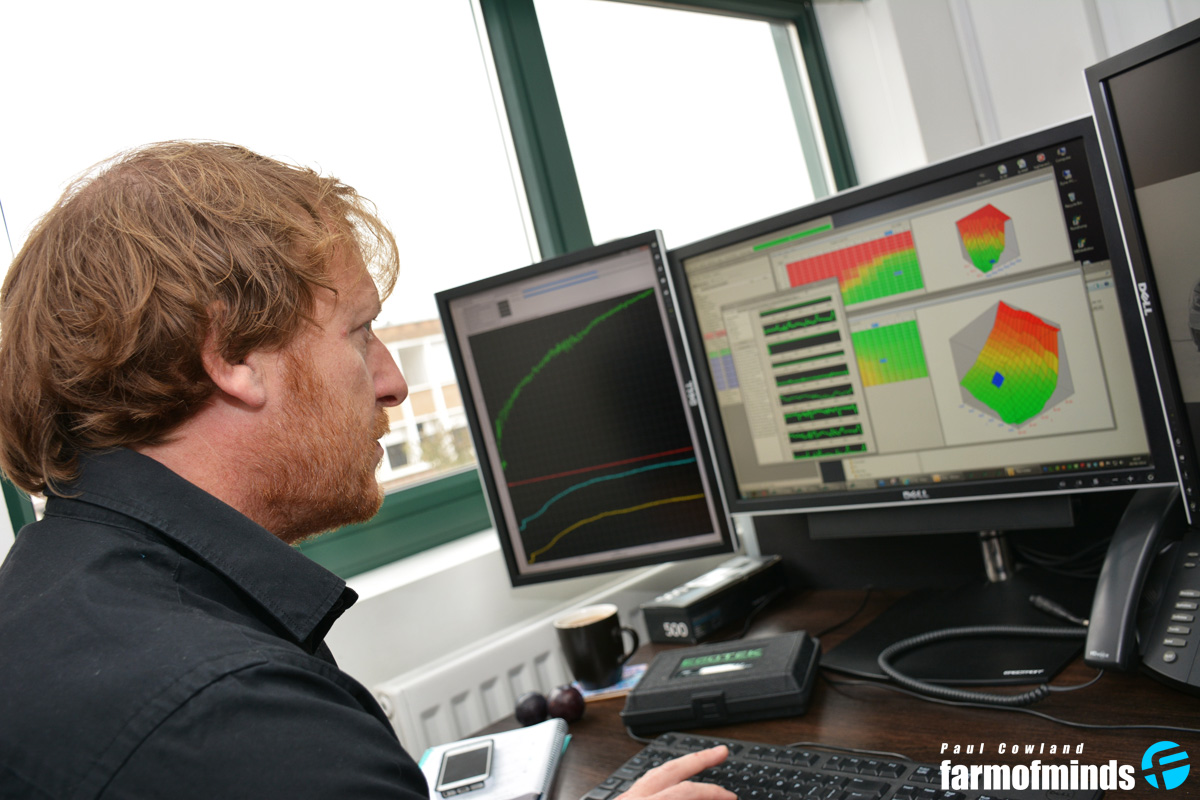 But this breakthrough was only the first chapter of the story. “This wasn’t just a case of unlocking the ECU,” Merv continued. “We had to learn how to control it and then create user-friendly hardware interface via the car’s OBD port, as well as front-end software to allow mappers to run it all.” Nevertheless, thanks to Merv and Steve’s efforts, the Subaru tuning industry was revolutionised overnight with a cost-effective solution to expensive standalone ECUs, and all for a fraction of the price. 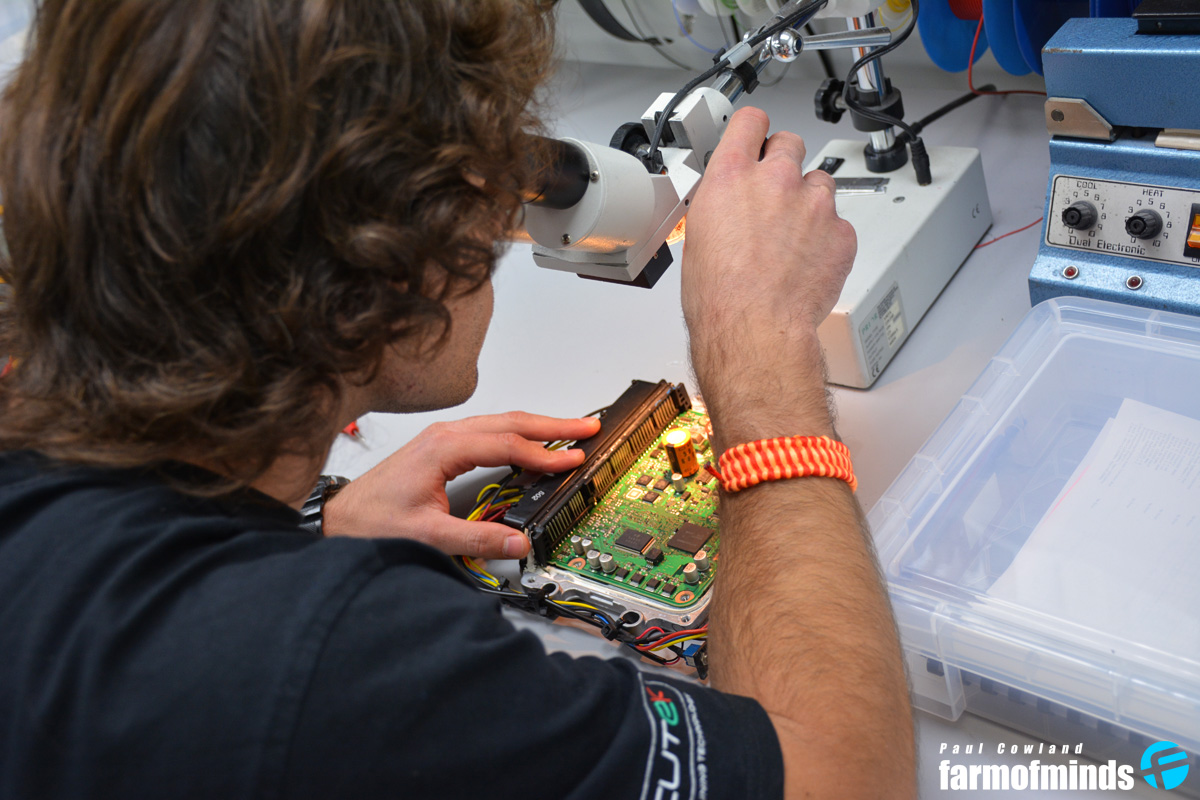 Recognising the potential of this product, serial automotive entrepreneur David Power joined the rapidly expanding concern to form what is now known as EcuTek. Having started both Power Engineering and Powerflex, David understood how to exploit the complexity and completeness of this new technology from a commercial perspective. As the only three-dimensional and safe way of cracking the factory ECU, EcuTek had few competitors, so business was brisk from day one. However the trio was careful to select only the best and most able dealers to join their network, while also making good use of the popular Scoobynet forum to boost owner awareness. With such tactics, EcuTek quickly built a reputation as the must-have mod for all Subarus.

The only problem with software design is that it is frequently updated. While the arrival of the next generation Impreza was welcomed by many, it also meant that Steve had to begin again from scratch with completely different Denso ECU architecture. 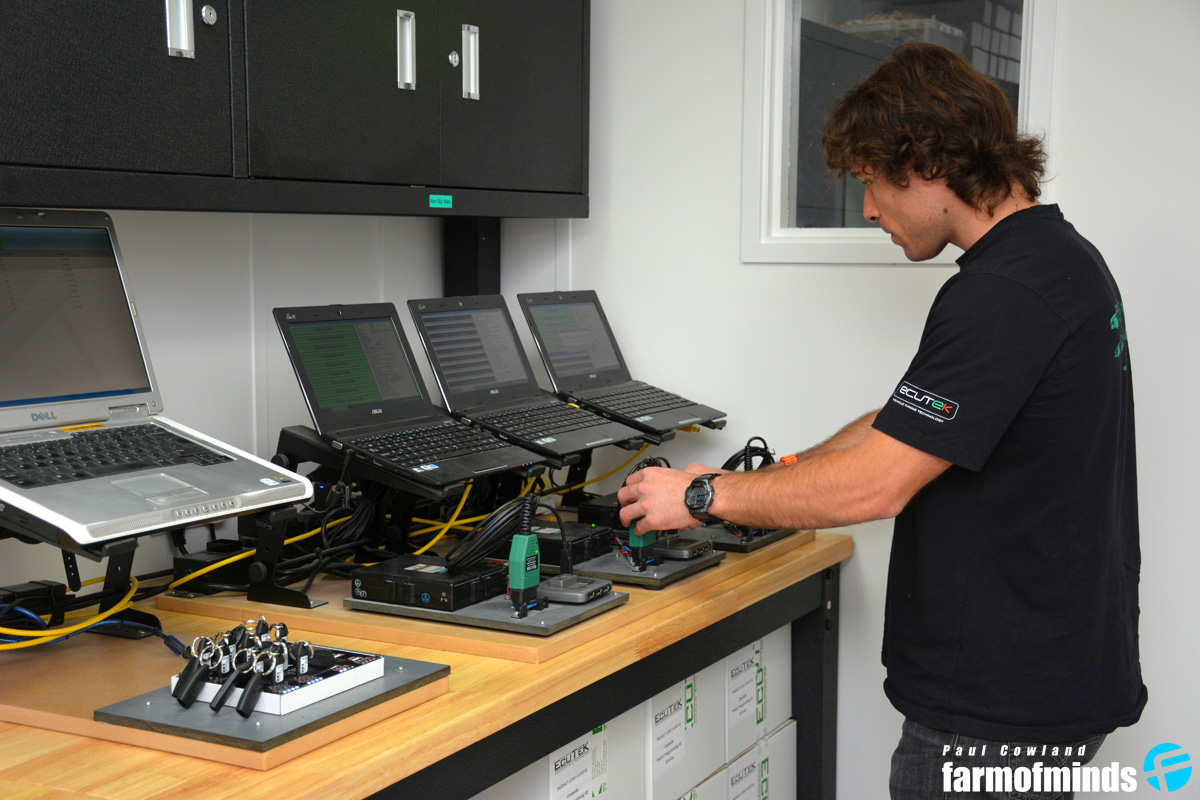 “Although unlocking the ’99 unit helped give us a starting point, both the hardware and processor design were completely different,” Merv grimaced. “It took three months just to get the data out of it!” Cue many more late nights, fried ECUs and, ultimately, glowing success. The final product, Flash2002, was revealed at the prestigious SEMA show soon after the official arrival of the Bug Eye WRX in the US. With the aftermarket clamouring for a solution to this hot new tuner car, EcuTek couldn’t have timed the launch better. The product was an instant success, catapulting EcuTek into the upper tiers of the tuning world. 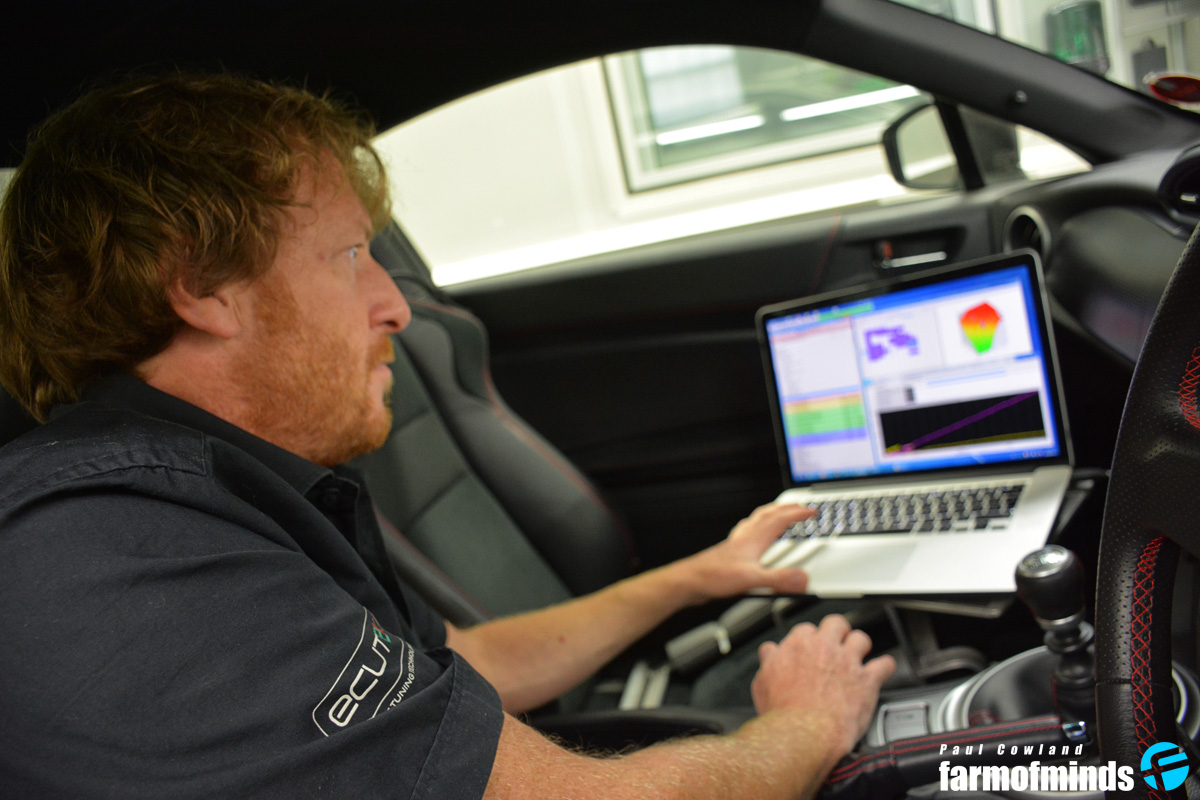 This success had not gone unnoticed by other tuners, so when Prodrive called Merv was understandably a little nervous: “I thought we were in trouble but it turned out they wanted to use our tuning tools for their Prodrive Performance Pack range of dealer upgrades.” This was just one of a number of high-profile brands that also came calling, a role reversal that wasn’t lost on Merv: “When I tuned cars on the dyno, we used to fit chip solutions from great brands like Jun, Cusco, HKS and Blitz. But now, all of them buy software from us!” 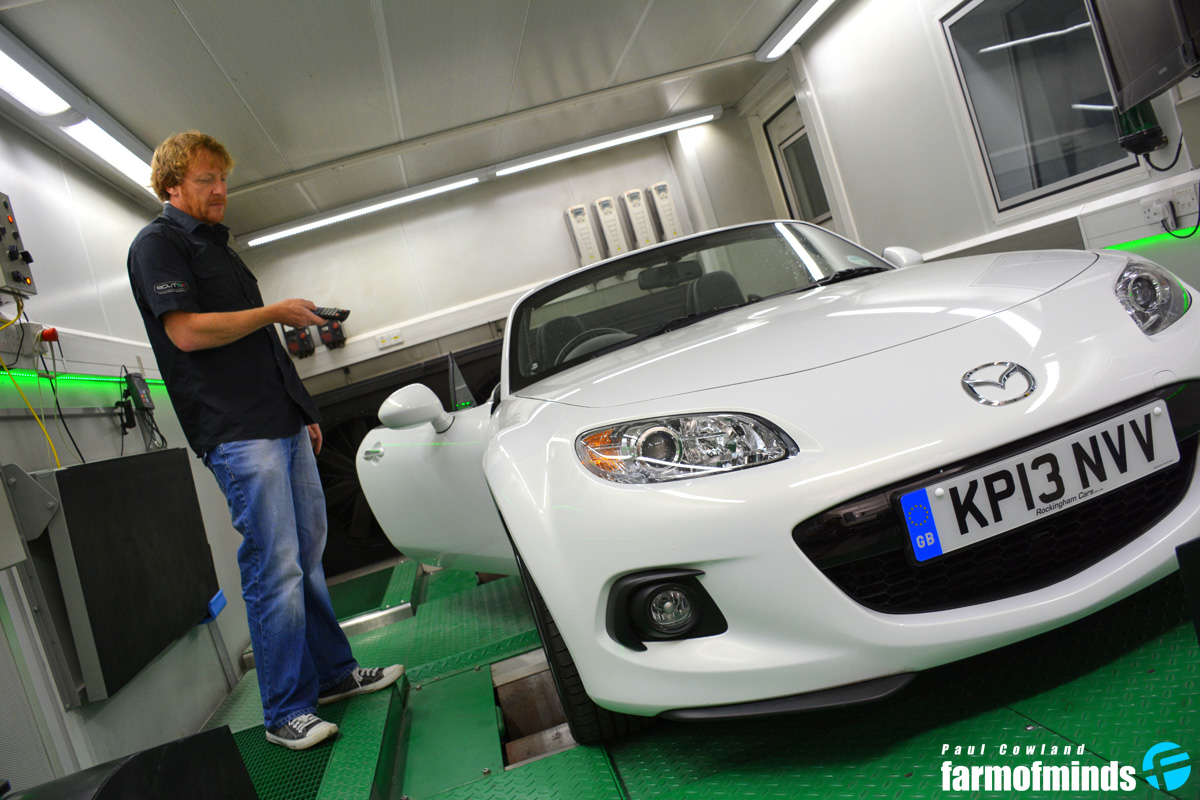 The next step was to expand EcuTek’s list of applications. After careful consideration the Nissan Skyline GT-R joined the ranks; another ECU thought by many to be uncrackable but opened safely by Steve in just three hours. Not all succumbed to his talents so easily, however: Subaru’s drive by wire protocols took almost six months. 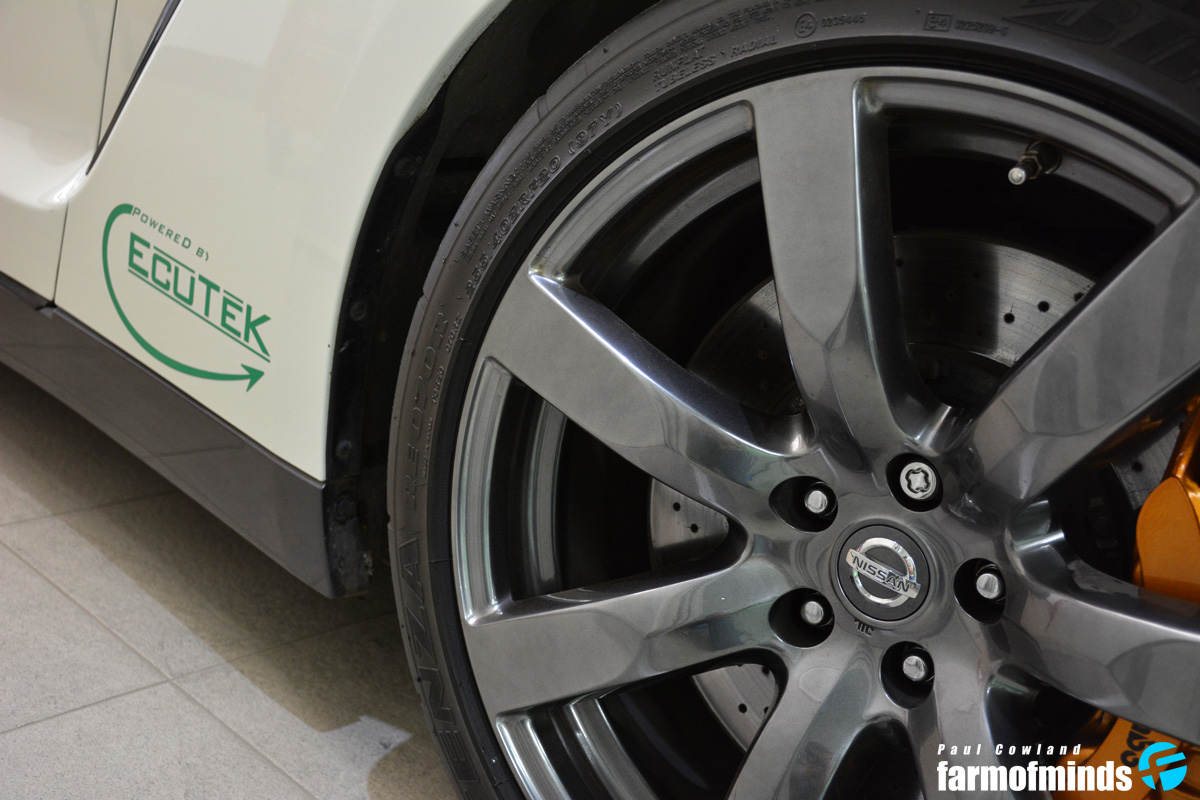 “It can be an incredibly laborious process,” revealed Merv. “I equate it to a whole load of Ordnance Survey maps inside a box. One map is for fuel, another for boost, and so on. You have to carefully navigate across one to get to the next, and extracting the data to do that is the hard part. You not only need to understand the language the designers have used, but more crucially, how to put it back again without upsetting its many sensitive rings of protection. Design elements are frequently changed, which means we have a constant arms race to keep up with the latest model changes.”

Over the next few years, progress was rapid but predictable. The voluminous American market came on board and the Mitsubishi marque was added to the fold. In 2005 the company outgrew its original premises, necessitating the move to a purpose-built technical centre, housing an impressively clinical dyno cell, full workshop facilities, an impressive suite of offices, and now some 13 staff.

Which cars are chosen for tuning by the EcuTek team? “That’s fairly easy,” said Merv. “Some cars you know will be popular, or are from a range we know well. Any key tuner car goes straight on the board, though our work with manufacturers means we will consider anything if there’s sufficient demand. We also try to save development time by exploiting similar ECU architecture, such as between the GT-R and Nissan Juke.” Indeed, EcuTek’s involvement at manufacturer level gave the team what Merv describes as his proudest moment by being flown to China to sit alongside the chief engineers at Great Wall trucks to refine the factory maps for all European vehicles. 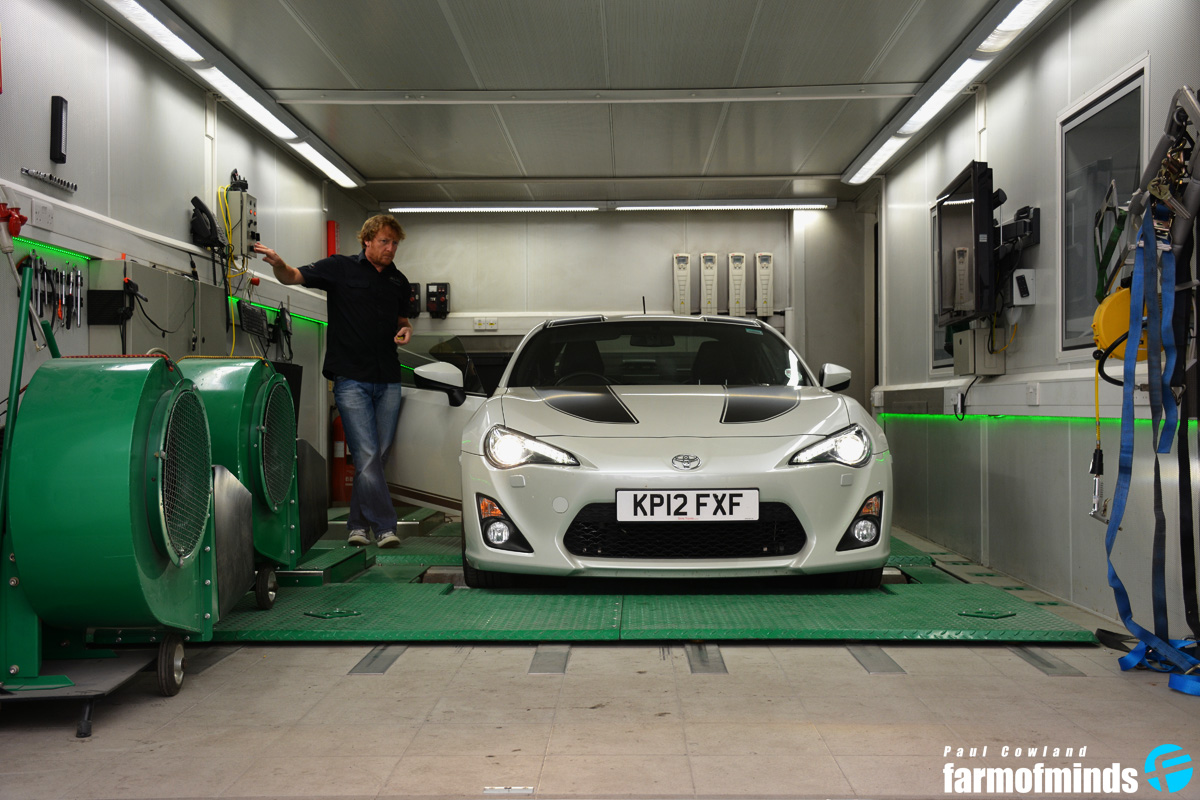 The software’s integrity has also proved ideal in motorsport applications, with leading preparation outfits finding that a mappable factory ECU offers everything they need, even when tuning the engine to the maximum. Ken Block’s early forays in gymkhana with Subaru were all done on EcuTek, while Mitsubishi UK’s Britcar entry and all members of the storming Evo FQ range were also factory-prepared with EcuTek control.

With an eye on the future, EcuTek has invested in a fleet of demo cars with which to showcase its products. A choice of current vehicles such as the Subaru BRZ, Nissan GT-R and Mazda MX-5 displays an appetite for tuning within warranty periods, a move reflected in the fact that most of the manufacturers in question use the same software themselves. Thanks to a practically non-existent warranty burn rate, many EcuTek tuners happily offer their own warranty on work carried out, so drivers can sleep well, knowing they’re fully covered. 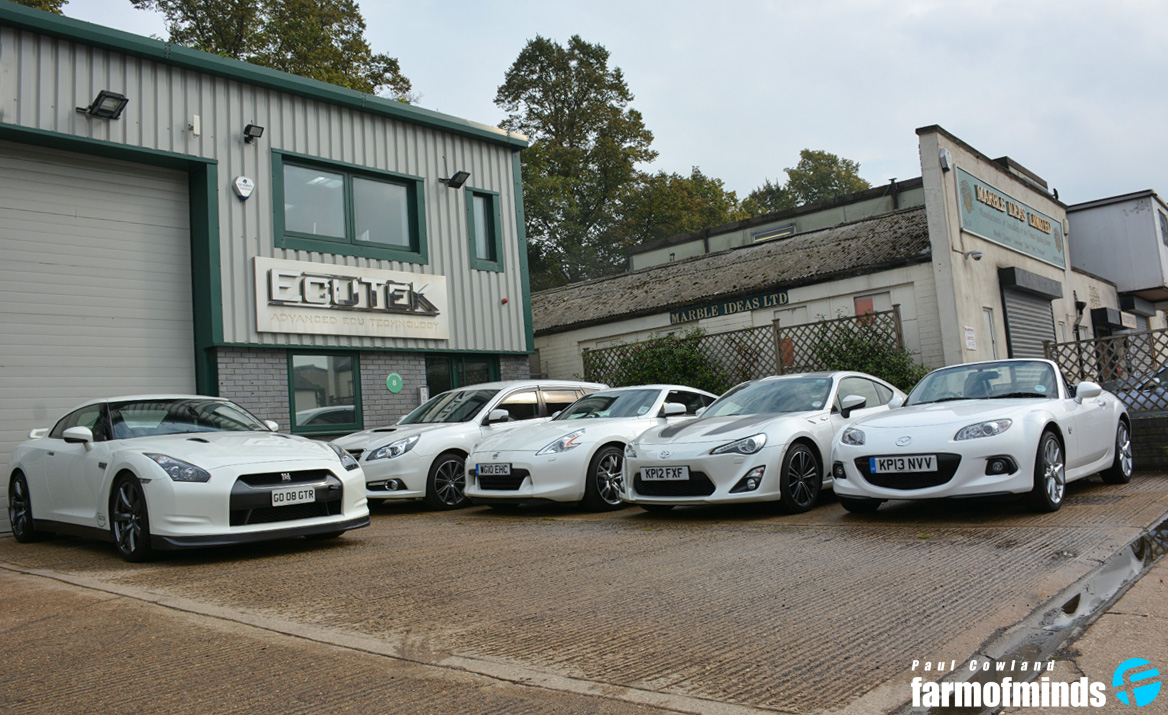 But in this age of hybrids and electric cars, does the EcuTek team worry about the demise of tuner cars and a loss in business? “You have to keep an eye on the market, for sure,” replied Merv. “They’re getting more environmentally conscious, certainly, but when you see exciting cars on the horizon like the new Nissan iDx concept, turbocharged Civic Type R, or new Supra, you know things are going to stay this way for a while yet. Besides, electric cars use ECUs too, so we can never rule that avenue out either!” 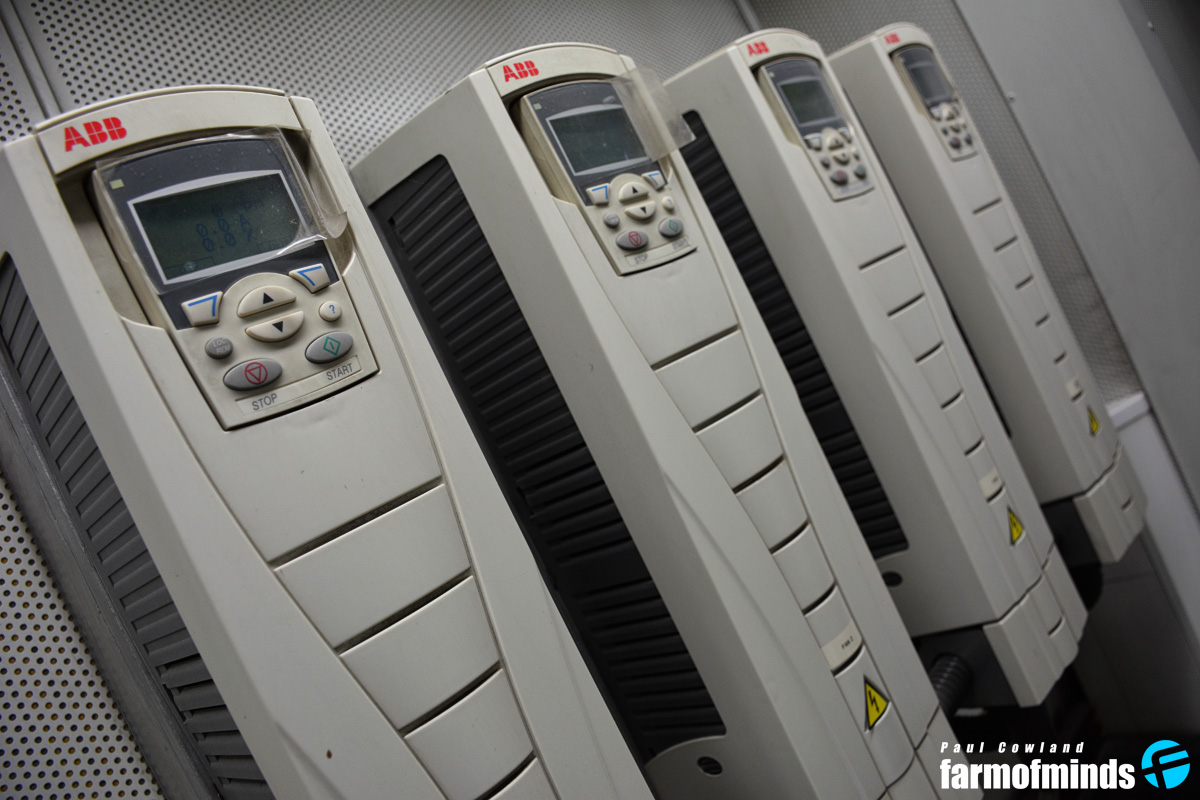 Committed to creating OEM level solutions, EcuTek is a fascinating case of poacher turned gamekeeper – a talent pool that began in the tuning industry improving manufacturer’s cars, now turned full circle to work just as passionately with many of these names at the design stage. Whatever the industry has in store for the internal combustion engine, or indeed, whatever the next fuel technology is going to be, we’d wager that EcuTek will be there improving its performance. 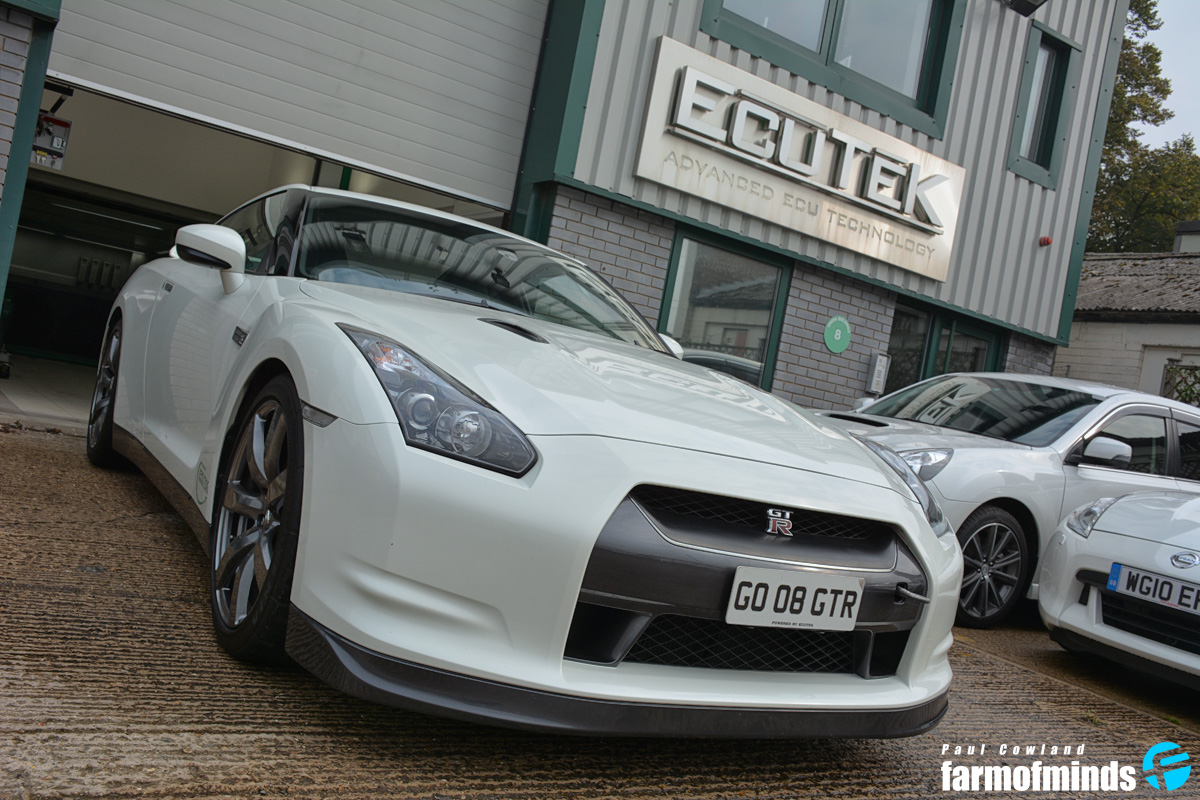 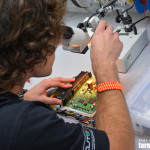 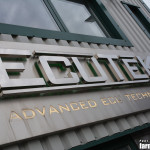 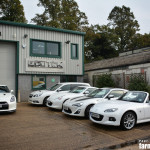 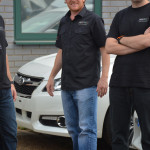 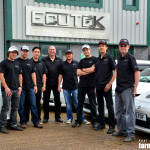 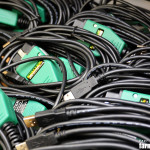 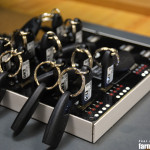 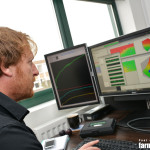 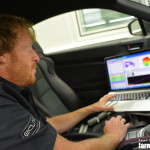 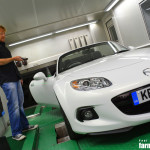 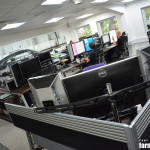 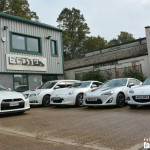 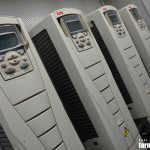 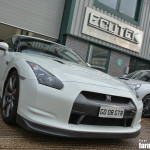