The guys here at Farm Of Minds work extremely hard to source some of the coolest looking cars on the planet. It’s hard, often frustrating work, especially since our content is truly international, but its hugely rewarding when we come through with something new and fresh. But sometimes, sick features just land in your lap. A couple of weeks back we were contacted by ESX Productions. For those of you not unfamiliar with ESX, they are a media production and racing team founded by American actor Ali Ashfar. If you haven’t seen any of their work, check out ‘Born to Race’ which they co-produced and features (albeit briefly) Ali himself. There is also second film in production that features this very car! 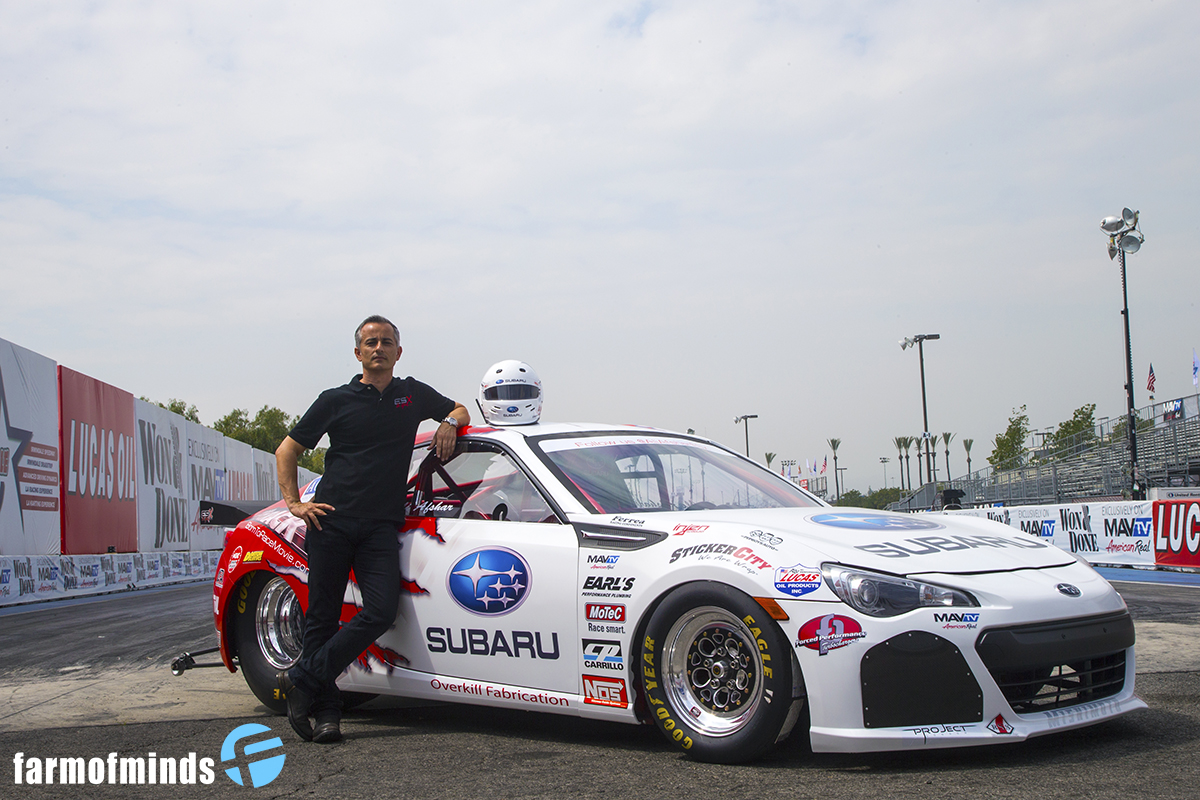 Ali drove for Subaru of America early on in his career and as a result ESX have maintained a close affiliation with the main dealer ever since, even going so far as to produce their own signature line of ESX factory-modified STi’s which were sold across American dealerships. Despite being a multi-discipline driver, Ali has always focused heavily on drag racing, and both he and the ESX team have won the NHRA National and World Championship multiple times in the last decade. 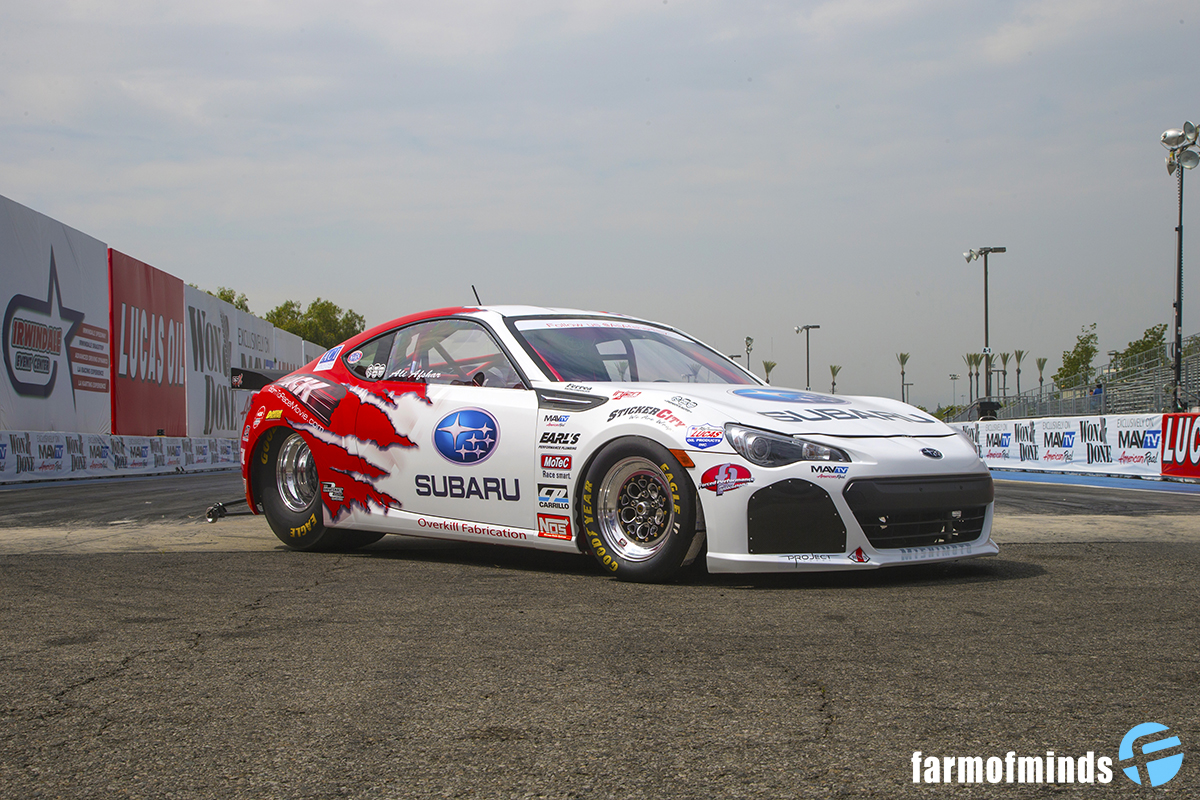 All of which brings us to the fastest Subaru BRZ you see before you, the latest evolution of their drag racing campaign, and a marked departure from their historical line up of fast Imprezas. This $250,000 monster BRZ is the car in which Ali is attempting to set a record for the world’s fastest Subaru later this month, eclipsing his own previous best, a 7 second pass in his old Subaru Impreza.

Whilst it’s unmistakably a Subaru BRZ, it’s also clearly a drag car, with the characteristic swollen rear end and Goodyear balloon tyres. Interestingly, for a drag car, it still retains the original BRZ chassis, rather than being a tube frame with a silhouette bodyshell on top. What it hasn’t retained however, is the OEM engine, which has been stripped out and replaced with what appears to be a highly modified EG33 3.3 litre flat-six taken from the slightly quirky Subaru SVX. This engine was itself an evolution from the legendary four cylinder EJ 22 that featured in the 22B, so it was a proven choice for achieving the big numbers needed for a drag car. We’re not at liberty to talk about the exact specification of the engine, but sufficed to say that with the addition of a pair of Forced Performance HTA Super 94 turbo’s, it’s a setup that’s good for 1600bhp at the crank when running on Methanol. 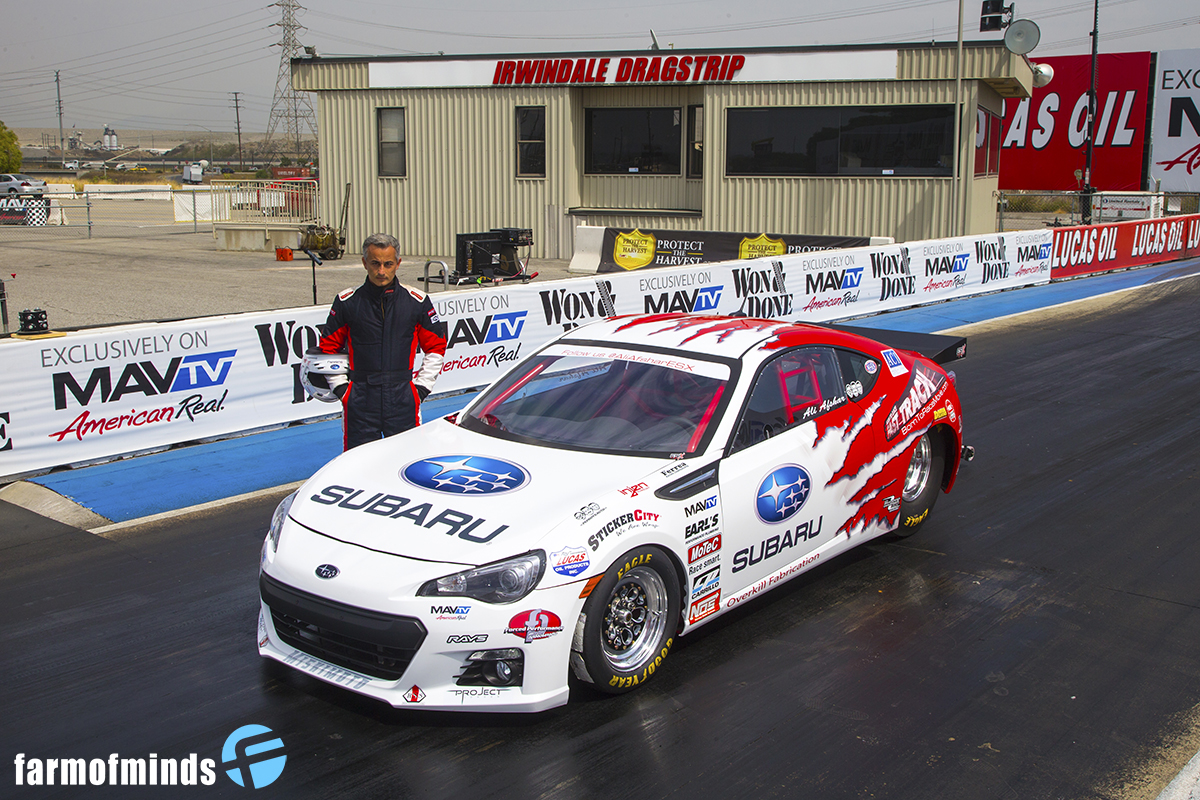 ESX have bought this car from concept to reality in just four months, and it’s great to see the performance flag being passed from the venerable Subaru Impreza to the new generation Subaru BRZ. We wish Ali the best of luck with his record attempt later this month, if it all goes well we’ll hopefully see some ESX enhanced BRZ’s hitting the road soon. Check out the video below to see some of his preliminary runs! 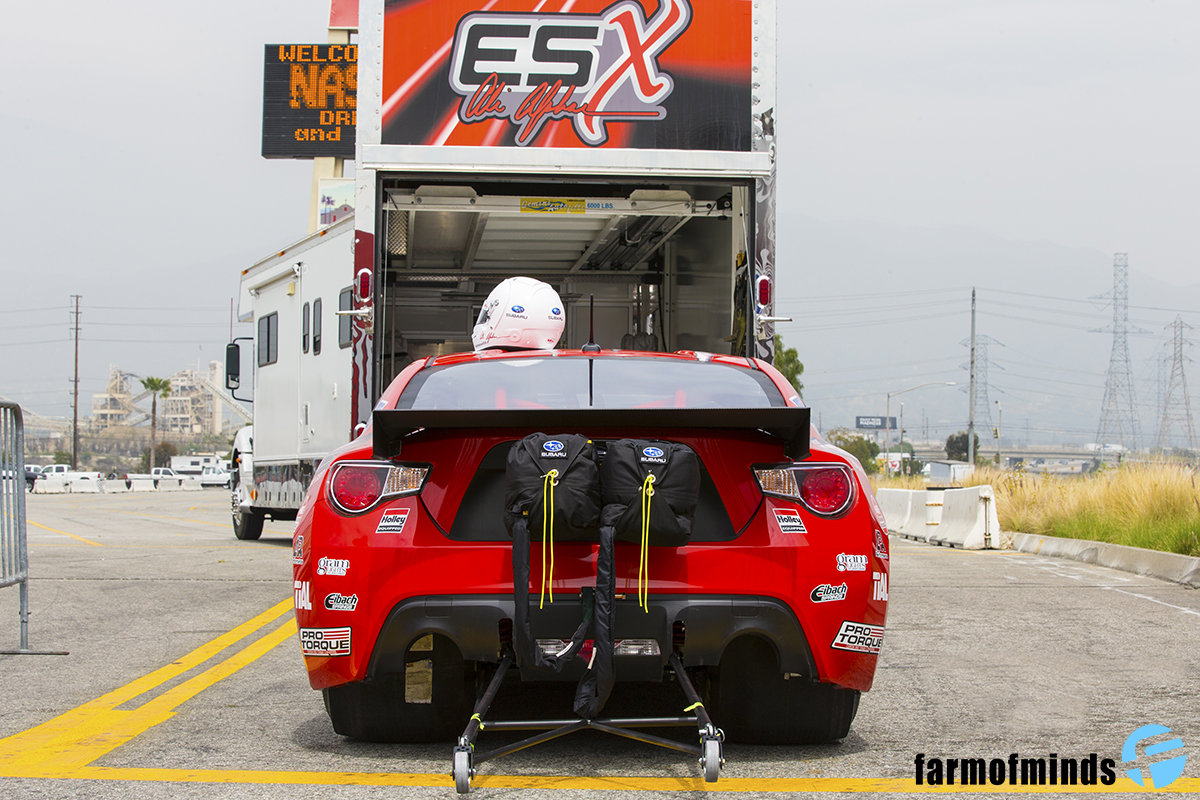 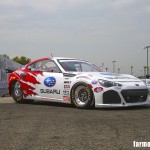 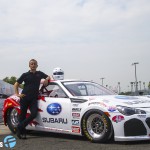 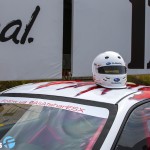 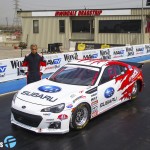