Pity the poor GR chassis Impreza. With Subaru’s rally efforts all wound up and the accessible performance market moving increasingly towards C-Segment hatchbacks like the Ford Focus and Honda Civic, an entirely new look Impreza was released on an unsuspecting public that really wanted more of what had come before. As if it wasn’t enough that the new looks were divisive, it was also generally acknowledged to be more mass market focused, with improved comfort and civility that came at the cost of less scintillating performance. In short, the Impreza had lost its edge. But four years is a long time in chassis development, and Subaru’s engineers spent a lot of time iterating and improving the package to address these shortcomings. Stiffer springs and rollbars were introduced over the years, along with a revised sub-frame setup and the wide track bodyshell from the STi halo model.

As an MY2012 model, Corey West’s WRX model benefits from all these improvements, plus a whole host of additional tuning parts he’s added himself over the last year. You only need to look at cars like RCM’s upcoming Gobstopper II and C-SER’s GRB to see that this chassis has just as much potential under the skin as its forbearers.

Corey’s brief was straightforward – to create a simple and clean car that improved the base model in all key areas, namely looks, performance and handling. Additionally, having parted with his previous show-standard VW to provide his wife with a WRX sedan the year before, he was damned if she was going to drive a cleaner car than he was! As a firm believer in the ethos of ‘built, not bought’ Corey has carried out all the work himself aside from the suspension, and the quality of the finished article speaks volumes about his own skills and attention to detail. 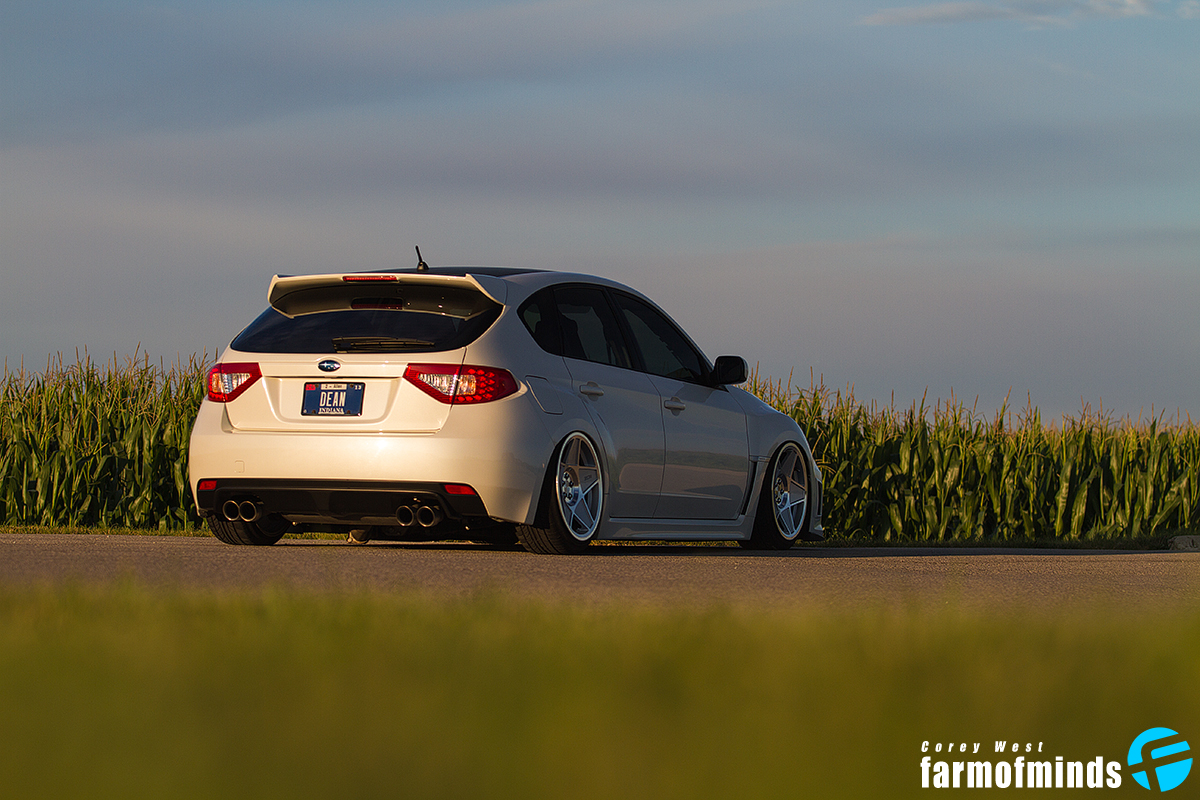 First stop is the suspension, which is the only area of the car Corey hasn’t attended to personally. It’s a prototype setup from Air Lift Performance suspension, which used this car as the test mule for taking measurements and refinements for their final production model. It allows for the sort of versatility Corey demands from his daily driven car, providing a means to access ground scraping stance and improved handling at the touch of a button. 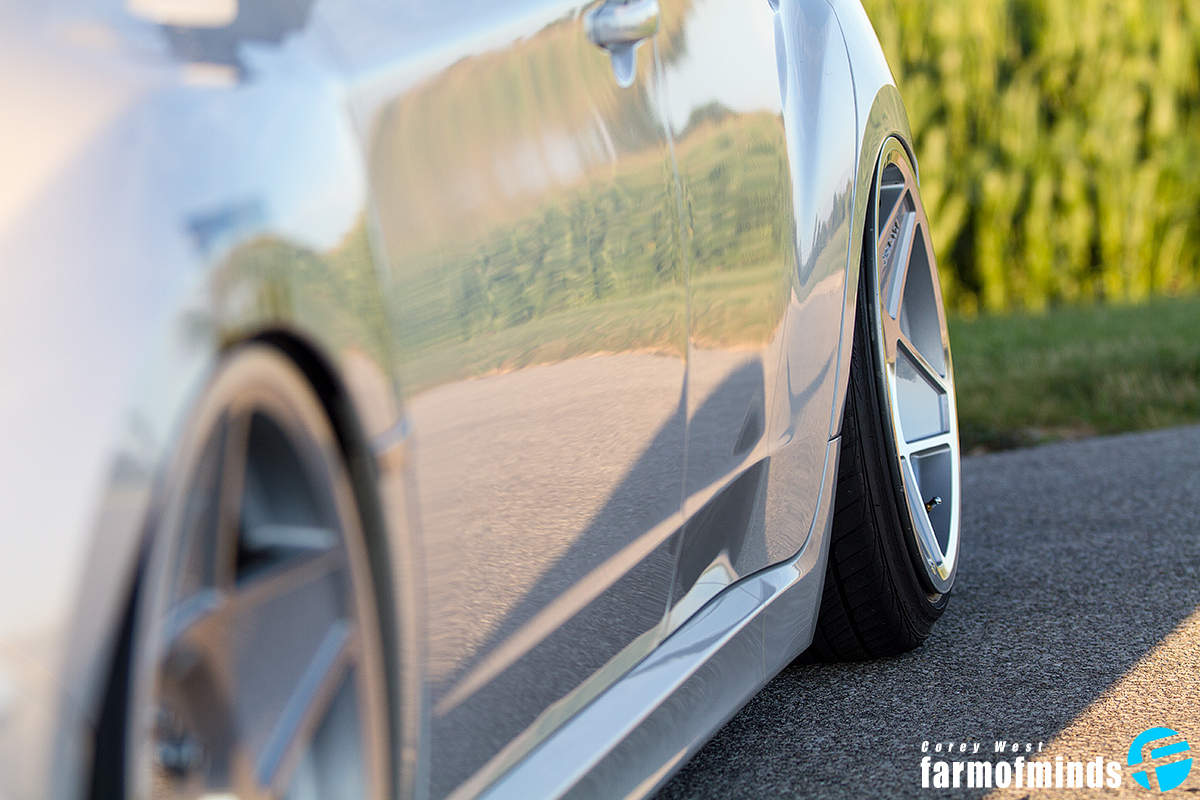 This setup was mated to a set of concave 3SDM 0.05’s which were chosen for the very reason that they aren’t often seen on this kind of car, and offered a chance to stand out from the crowd of Japanese wheels we see so often. In fact, in keeping with the GRB’s hatchback shape and Corey’s past rides, these old school rims are more often seen on VW’s and BMW’s, adding a distinctive Euro feel to this JDM warrior. The rest of the exterior is pretty much as Subaru intended, with just a 20% tint on the windows and a 3M carbon vinyl roof sticker making the most of the Subaru’s natural good looks. 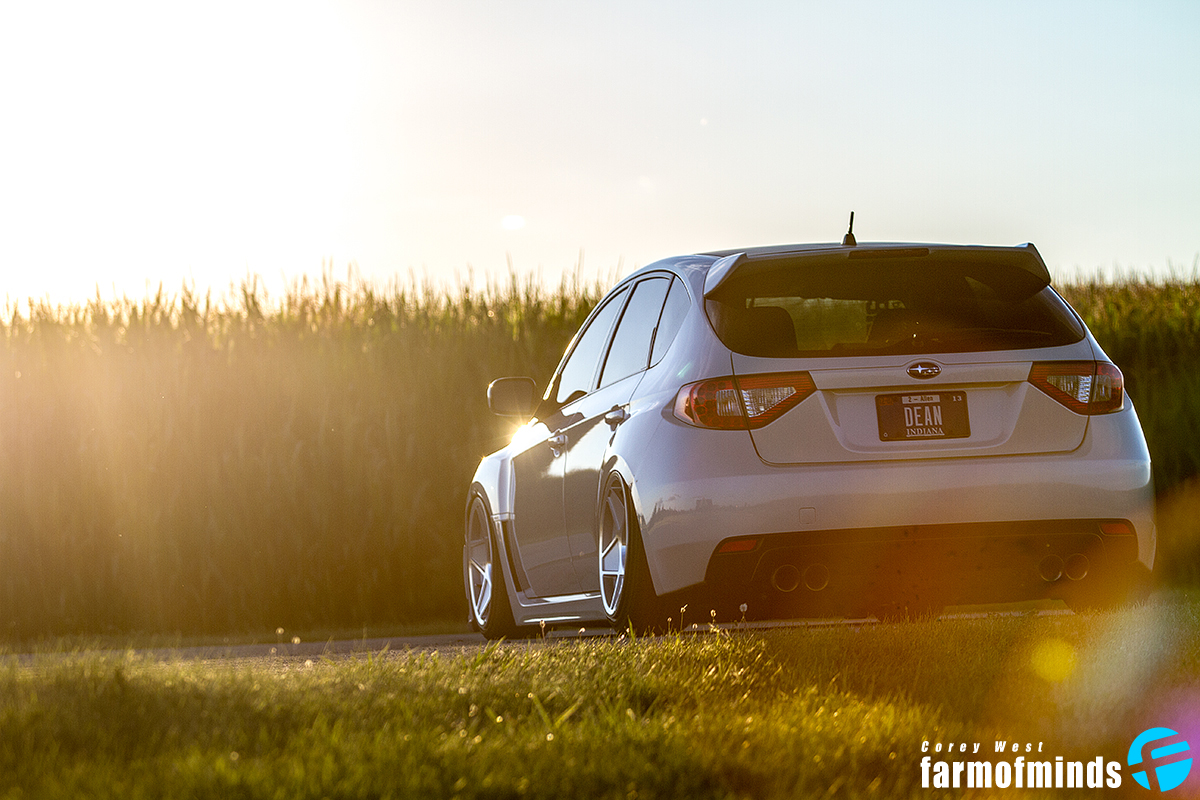 What made and continues to make the WRX such a performance bargain is how well it responds to basic tuning, and this fact has been exploited to give the car near STi levels of performance with just a few choice mods. The OEM intake was junked in favour of an AEM item, along with a Turbosmart bypass valve to remove excess pressure. On the other side of the engine a CNT downpipe and SPT catback exhaust were fitted to improve the passage of spent gasses from the engine. Combined with a Stage 2 reflash courtesy of Torqued Performance, the little WRX is now making a very healthy 299 bhp and 311 ft/lbs.

A good project is never complete however, and despite successfully balancing performance and looks in almost every area, Corey finds himself craving more power. With a fully forged engine and larger turbo on the cards, the Impreza’s clean and unassuming exterior could soon be hiding the beating heart of a street monster. 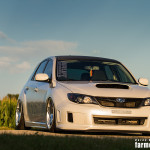 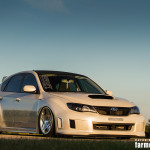 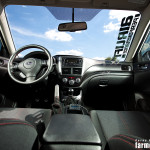 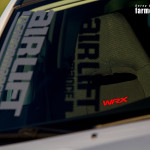 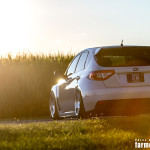 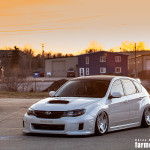 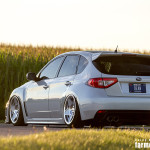 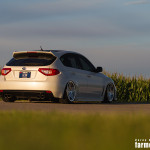 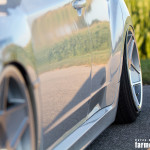