If you think that green stuff served with sushi is wasabi, it isn’t. Most of us would have probably never tasted real wasabi as very few Japanese restaurants or sushi bars even in Japan serve them. The small lump of green slimy stuff served with sushi isn’t truly wasabi, instead it is a generic version made with no wasabi plant at all from horseradish, mustard, starch and green food coloring for its distinct green color. 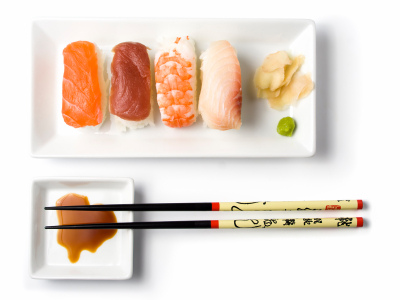 Authentic is rare and expensive. Fresh wasabi comes from grated wasabi roots that are difficult to cultivate as they grow naturally only in river valleys in Japan. It takes about two years to grow a wasabi plant before the whole plant is up rooted, as it can’t be used for cultivation anymore. A pound of wasabi roots may cost from 6000 to 8000 yen ($75 – $100) depending on season making it more expensive compared to bluefin tuna on a pound-to-pound comparison – a pound of wasabi could probably last for less than a meal. 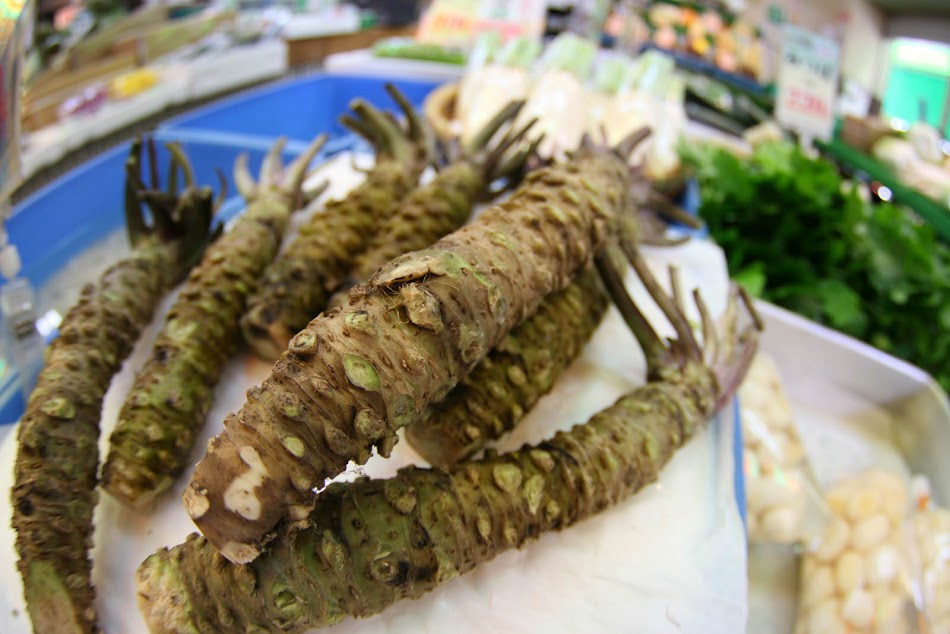 Although everyone refers to the green stuff as wasabi, true one is generally white with a hint of green. Only the best and finest restaurants serve real and fresh wasabi upon request as it has to be freshly grated because its flavor deteriorates so quickly in about 15 minutes.

There are distinct differences in flavors in real wasabi and horseradish. Unlike horseradish, the spiciness of real wasabi does not linger as it dissipates quickly before its sweetness blends together with food making it an excellent companion with sushi. It doesn’t reach high heat intensity and its hotness leaves a pungent sensation on the sinus.

Fake or perhaps the reconstituted version is known as seiyo wasabi (western). Truly enough, food items such as crackers and noodles with wasabi on the label are not actually wasabi flavored. 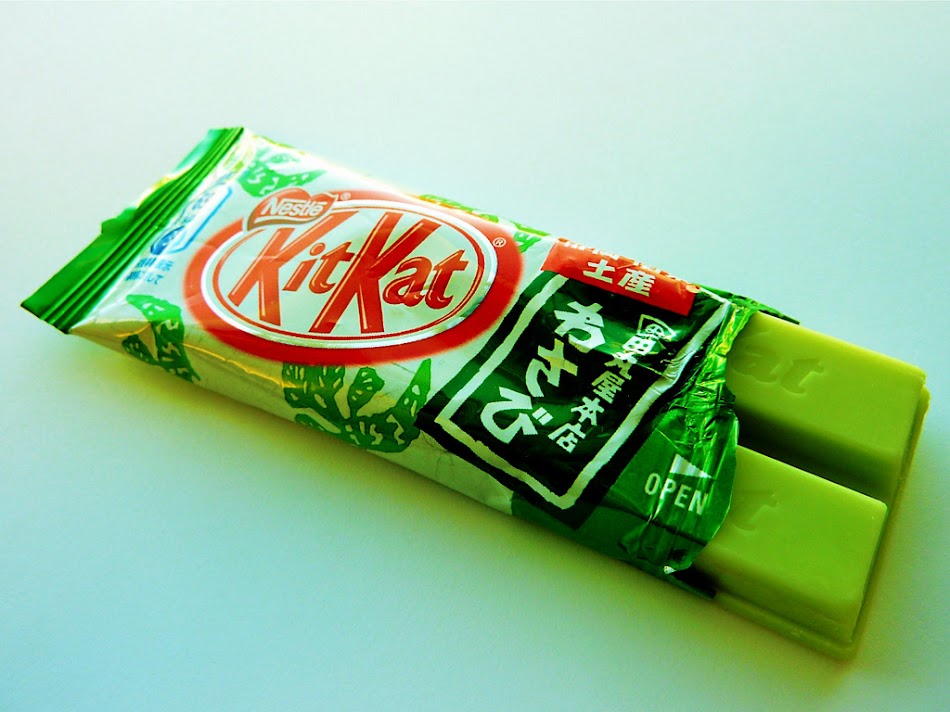 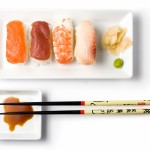