Spring days begin when the sun burst through grey sky and little wild flowers bloom into paradise meadows. In Japan, flying carp-shaped windsocks known as koinobori signal the changing of season to spring and a season of children’s celebration of Kodomo no hi (Japan’s national Children’s Day on May 5th) and Tango no Sekku (Boys’ Day). Japanese homes and public places are decorated with carp streamers hung on poles from April to early May. 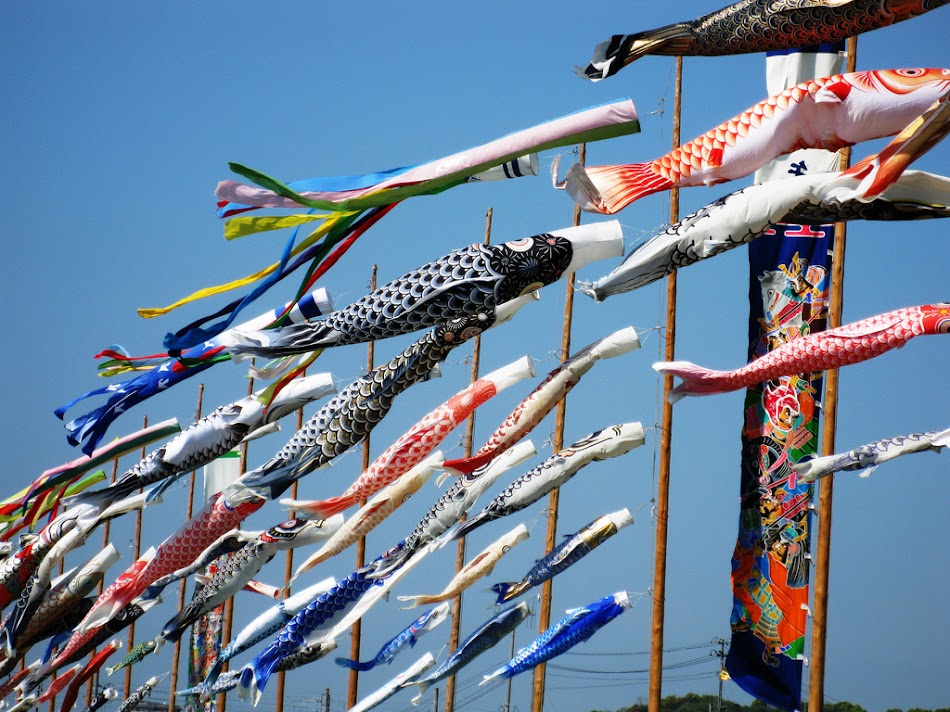 Although these streamers are easily available in stores all over Japan, some would still prefer drawing carp patterns on paper or cloth making their personal pieces. These carp shaped windsocks symbolize courage and strength values adopted from the carp fish, a freshwater fish with ability to rocket out of water and going against the odd in swimming up waterfalls. The carp stands out as a spirited fish full with power, energy and determination to overcome obstacles to a reach the peak. 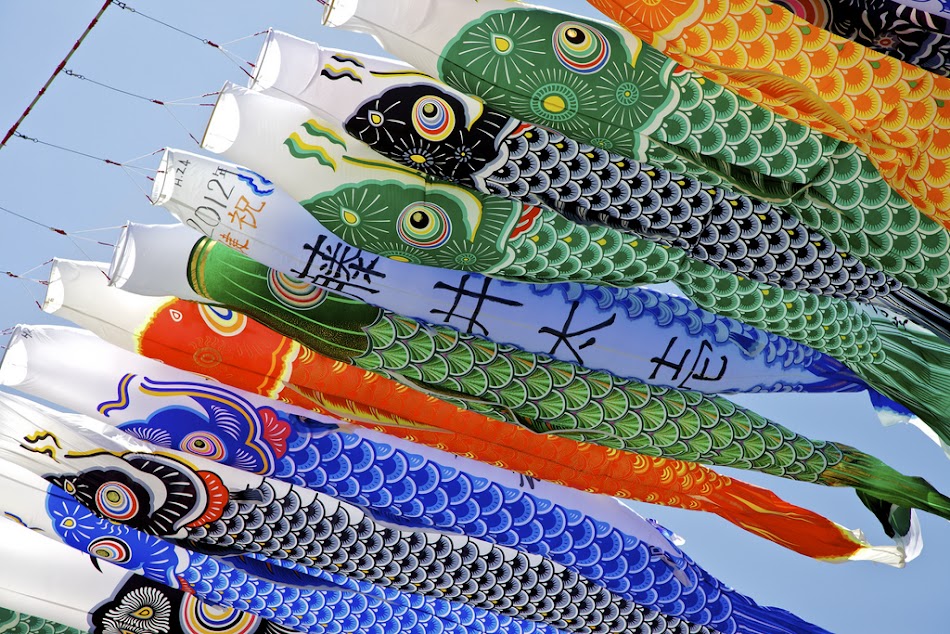 Japanese honor their children by decorating koinobori with hope that they will grow healthy and strong. A set of windsocks comes in three or more fish each representing every member of the family. Koinobari usually comes in distinct color- black carp (Magoi) representing the father, red carp (Higoi) representing mother while smaller green or blue streamer representing sons. Streamers are arranged according to family hierarchy and a new streamer is added for newborn son. 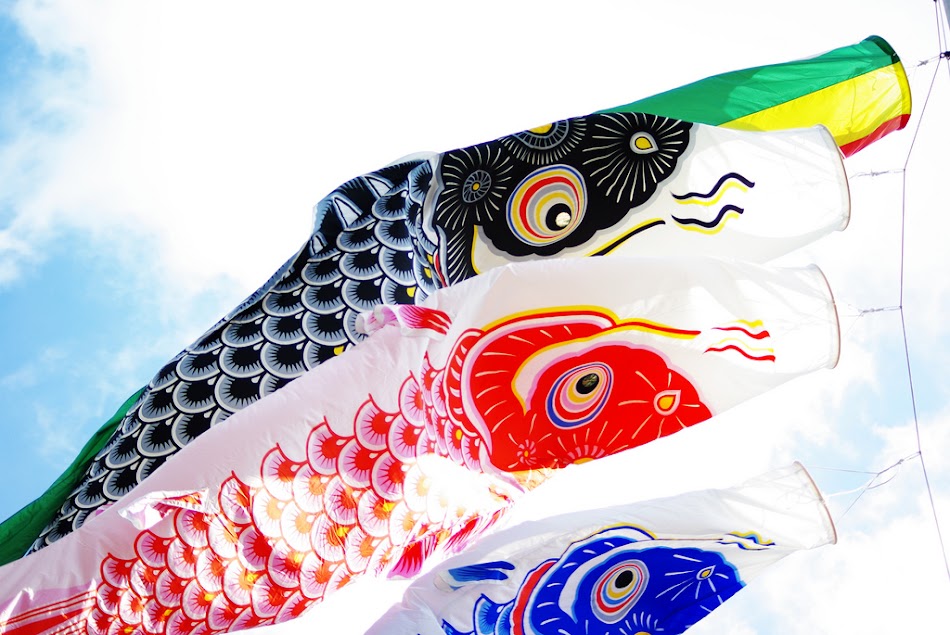 The history of koinobori dates back to 400 years ago during the Edo era where families set up tall pole with beliefs that Gods would come through it to protect their child. Traditional koinobori consisting of five colored streamers were tied at the tip of the pole to make the household standout compared to others.

Thousands of koinobori are placed across rivers and streets in Japan throughout the festival creating a magnificent view when they are hoisted up to blow by wind. From a distance, these carps are resembled a great migration of carps across all cities and towns in Japan. 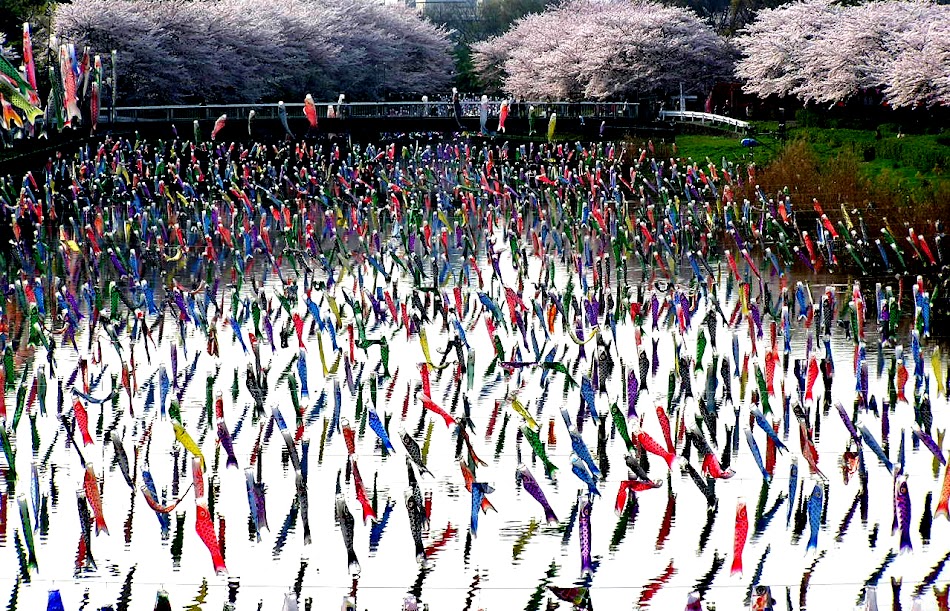 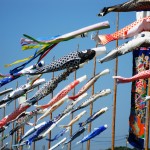