Ai Nihon 愛日本: Hey Joe, where do you get right size condoms in Japan?

The pursuit of buying the right latex barrier contraception, in short condoms in Japan isn’t easy. Imagine being a gaijin (non-Japanese), walking through pharmacies or convenience stores browsing for condoms with the right size and reluctantly if you had to ask someone for assistance, it must be a guy. And yes, only men would understand. 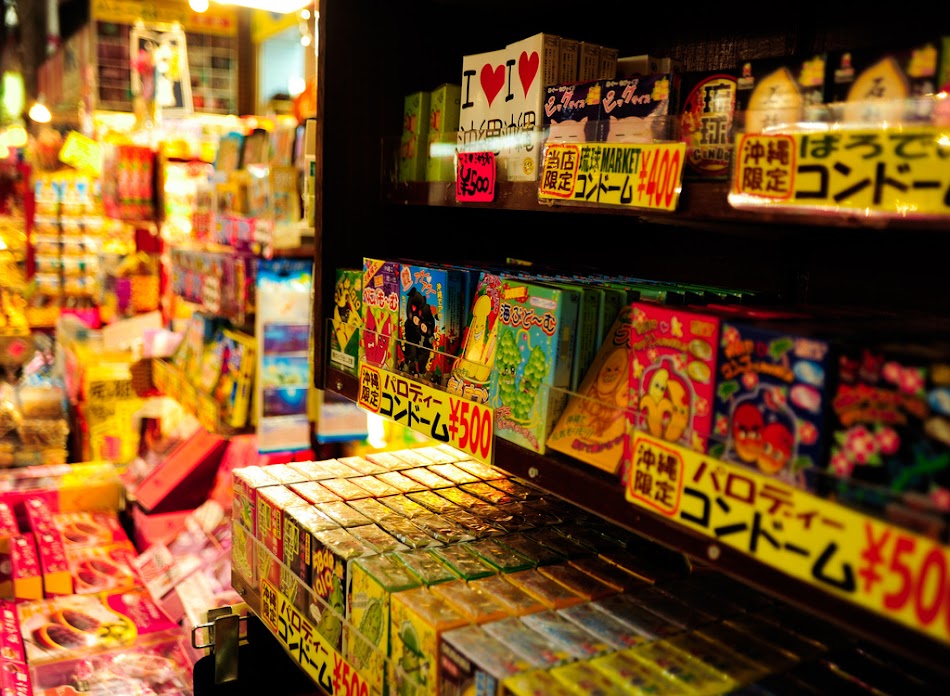 Of course, no man should live off his gal for condoms. But if you’re not getting laid in Japan just because you’re afraid to ask in a different language or can’t figure out what’s written on a box, that’s not the barrier that you would have in mind or perhaps it’s only a flashback when we’re all teenagers. 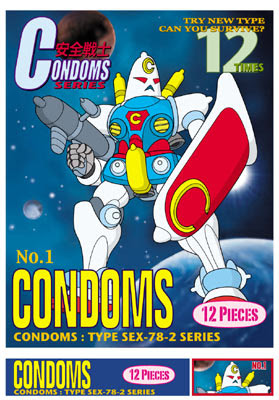 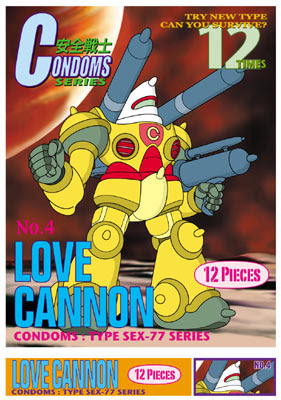 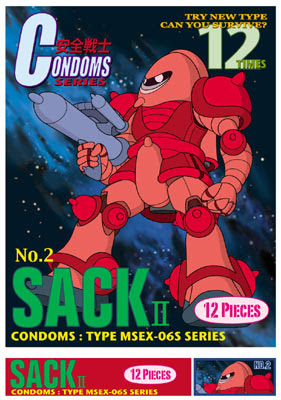 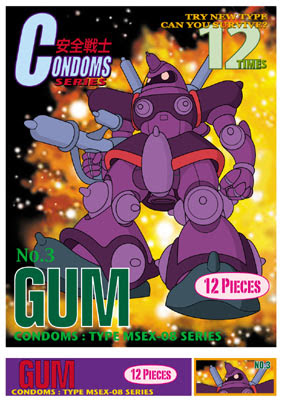 Finding condoms isn’t exactly a barrier, they can be found anywhere from stores to vending machines. The annoying part comes when you’re trying to figure out measurements of Japanese condoms. Contrary to the believe that condoms in Japan and the rest of Asia are smaller and tighter than Western brands of similar diameter, this isn’t true as each brand comes with different general shape and size. 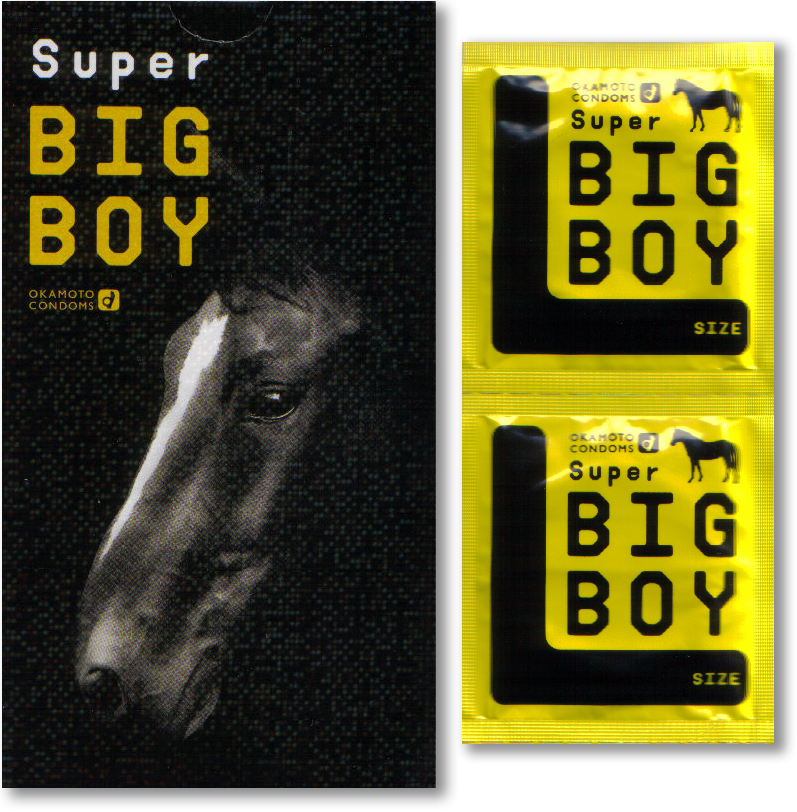 As usual, most condom boxes do not include numbers anywhere on the packaging that is easy to be identified. You would only know if the size works after you buying and putting them on or perhaps do your research online that links to mostly negative results. 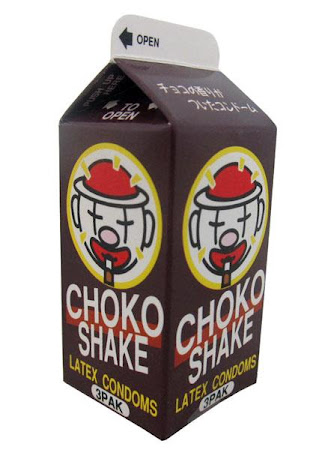 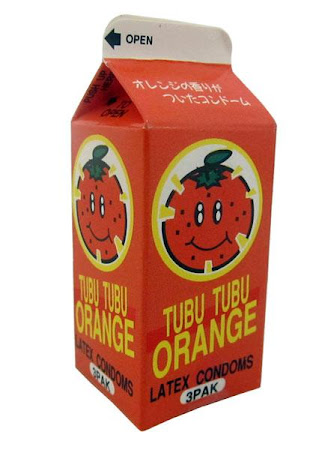 Most Japanese condoms fall between the diameters range (not circumference) of 30 to 50mm. However, packages are only labeled with size information of regular, L or XL – interestingly there aren’t any S or M in stores perhaps due to consumers’ inferiority complex. Condom packaging aren’t helpful at all even if you do understand Japanese as there are often ambiguous and differ according to brands. 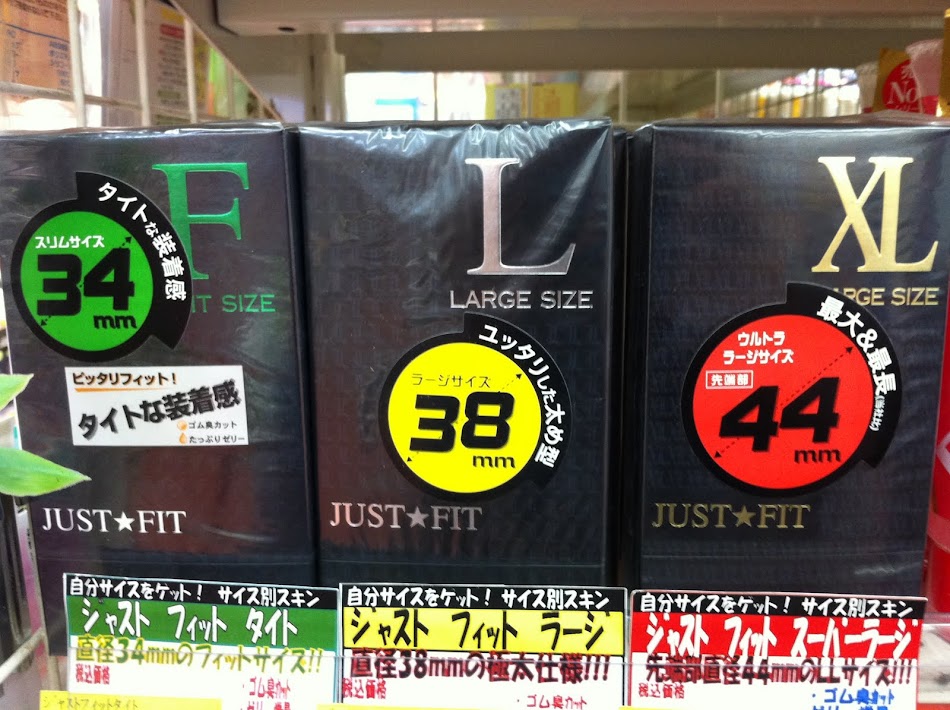 Durex condoms in Japan may seem to follow Western size. Sizes of other brands such as Kimono, Okamoto and Sagami usually differ from each other. On a general rule, 34mm is considered as a regular while 38mm is large and 44mm above are categorized under extreme large in Japan.

Most stores are usually stocked up with 44mm condoms. Although manufactures usually label their condoms as large, in reality they might be considered as standard size when compared to other brands, as there isn’t any regulated size chart for manufactures to follow.

If you can’t figure out which size fits best, try them out – although it is hilarious to buy boxes of condoms to figure out if they fit well. 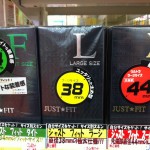