Imagine the following scene: thousands of naked men wearing almost nothing in the middle of winter with icy water splashing around. Hadaka matsuri is perhaps one of the craziest and dangerous celebrations in Japan with men stripping down almost naked with shorts or loincloth called fundoshi or mawashi covering their manhood, although some would end up total naked mobbed by their fellow peers. 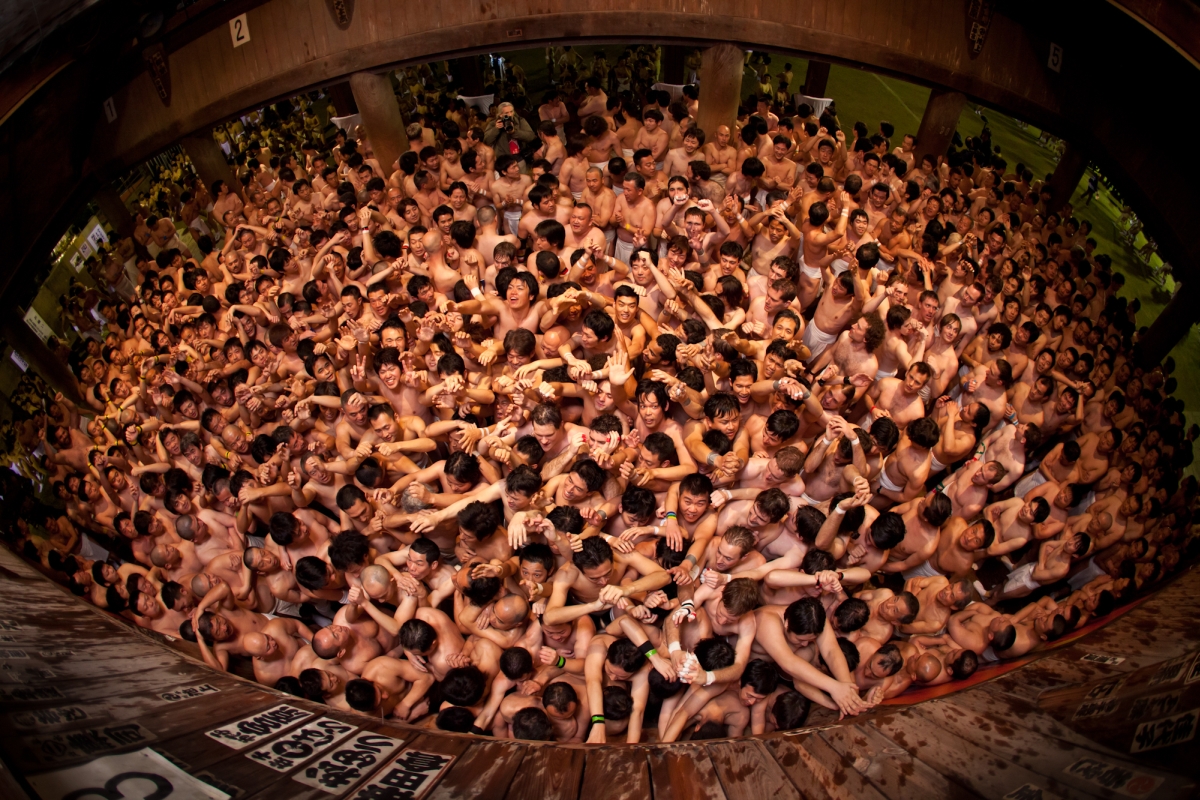 Hadaka matsuri is Japanese annual naked festival usually held on January or February depending on region. The festival is a Shinto purifying ritual with prayers for good fortune. It is originated during the Nara period (around AD 710 to 794) when the Emperor believed that to combat the widespread of plagues back then was to sanctify a man with him bearing the sins of others. 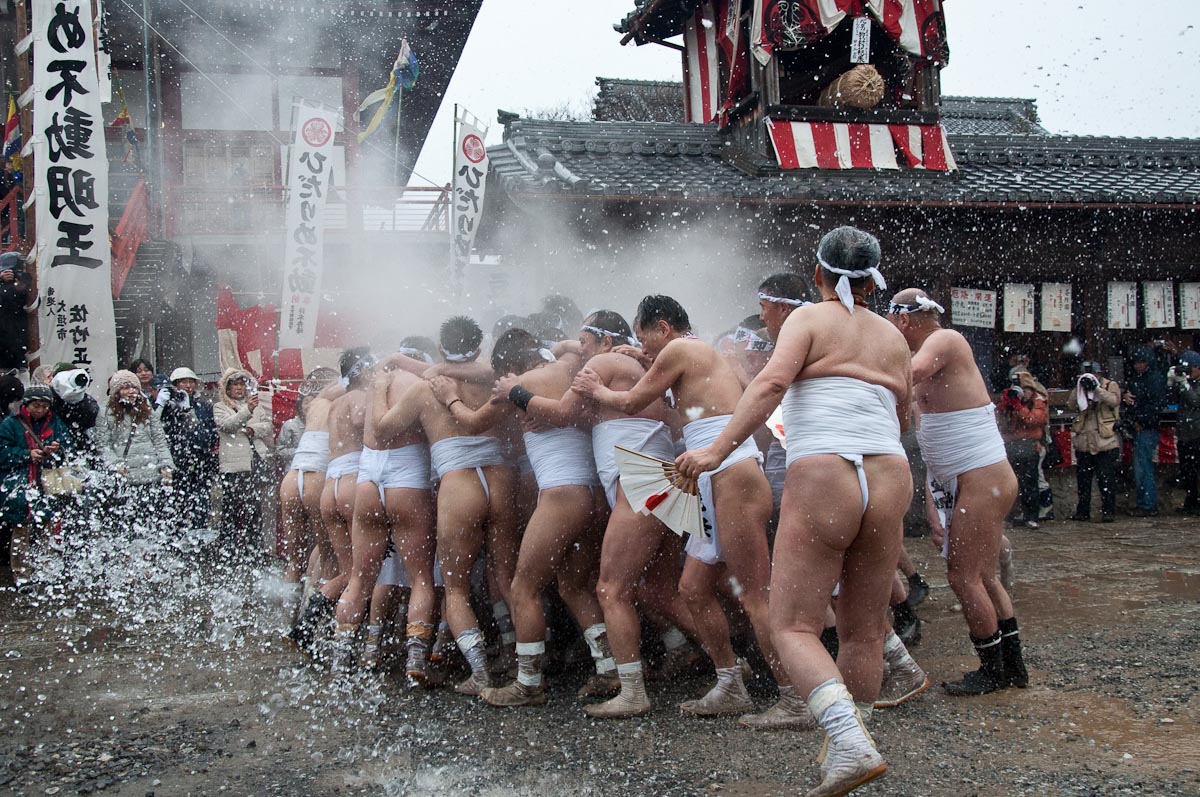 The festival usually begins with crowd carrying large bamboo stalks to the shrine followed by the peak event when the shin-otoko or hadaka-otoko appears to the crowd. The shin-otoko is chosen by the Shinto priest to bear the misdeed of others. 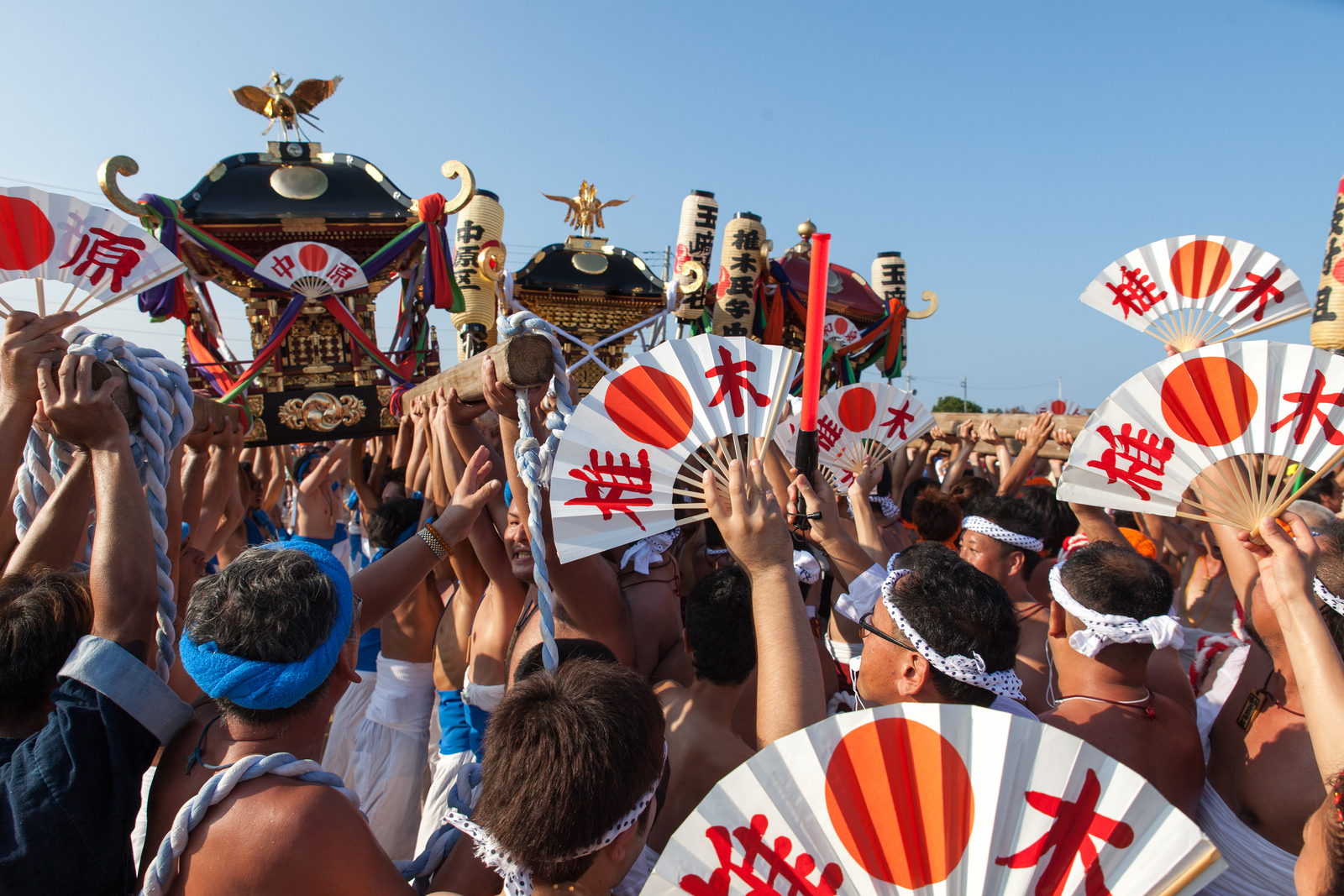 When he is presented to the crowd, a great mob will gather around, scrambling to touch him as it is believed that bad luck would be transferred to the shin-otoko naked flesh. And the terrified shin-otoko would usually end up totally stripped naked after trampled with slaps absorbing evils.
The religious part of the festival would take place the following morning, when the shin-otoko would be given a large rice cake wrapped in burnt offerings that he would have to carry and bury in the wilderness. 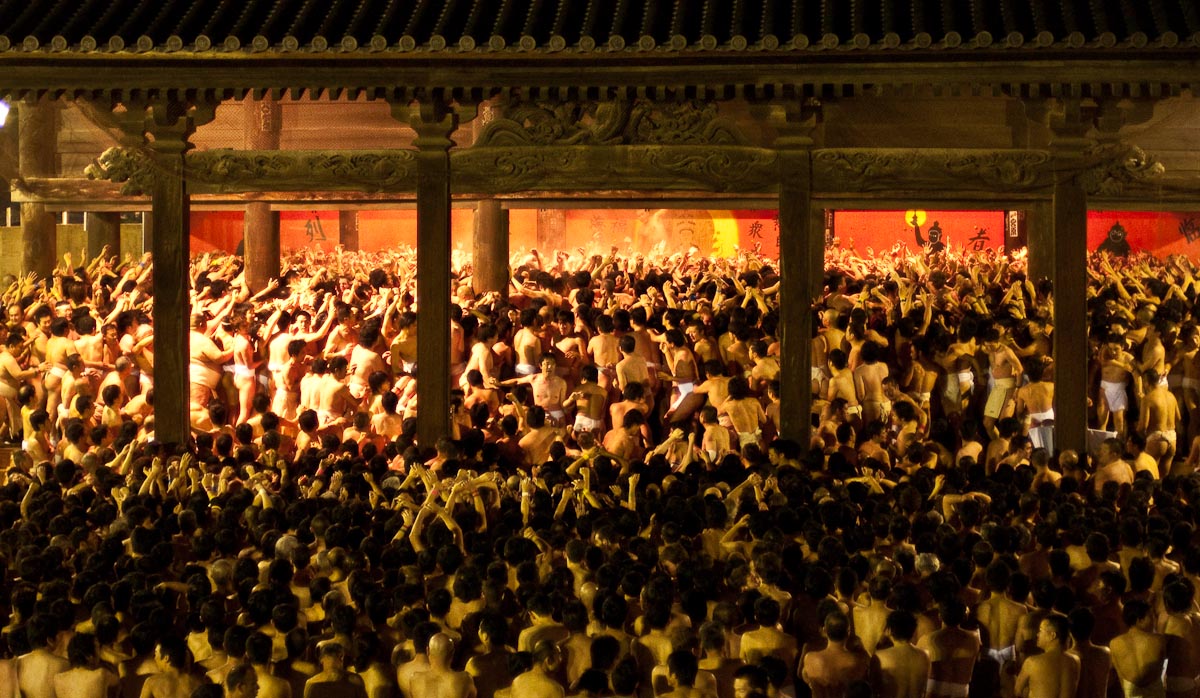 The largest Hadaka matsuri celebration held at Saidaiji Temple attract over 9,000 eager participants and over 15,000 watchful spectators every year. Injuries are reported every year and security measures have been taken to prevent human stampede in the middle of chaos. 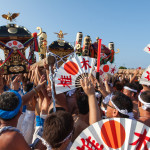 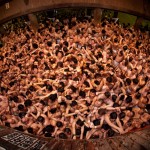 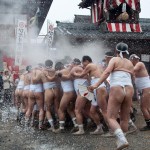 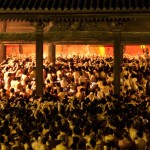