What are some things that come to mind when you think about Japan? Do you think of sushi or samurai? How about karate or bonsai? One image that you may be thinking about is the hachimaki – 鉢巻. The hachimaki is the very iconic headband worn by men and women in matsuri (festivals) and martial arts, among other activities and events. For example, a humorous sight in Tokyo or other large Japanese cities at night is the salaryman who has taken off his necktie and fashioned it into a hachimaki. However, as a casual observer, you will most likely see hachimaki worn at a festival, perhaps by a group of men wearing happi coats and carrying a mikoshi 神輿 (portable shrine). 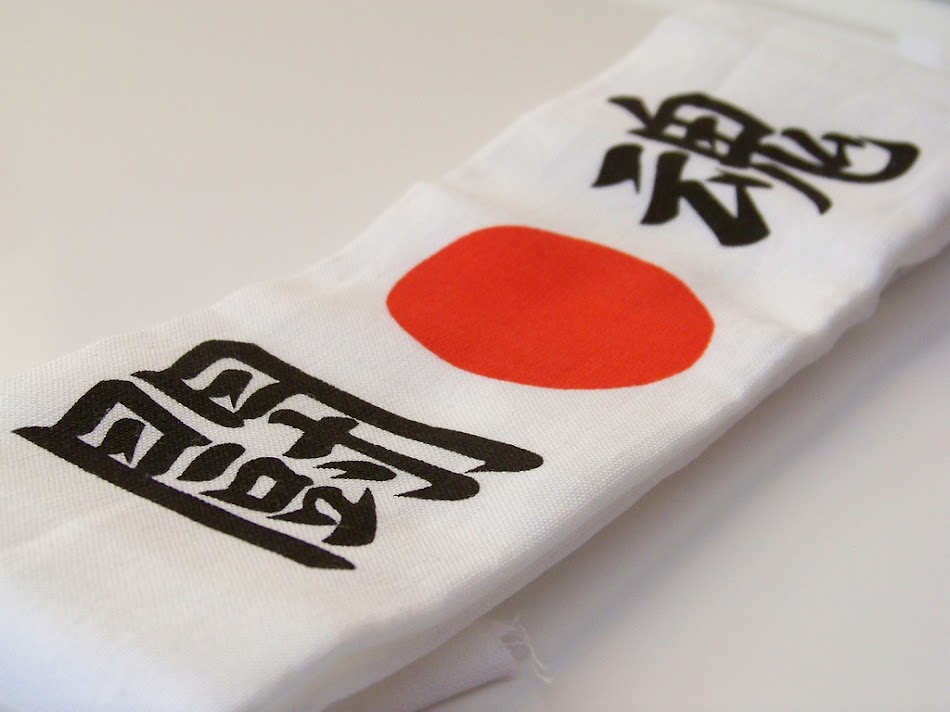 Japanese legend states that hachimaki strengthen the spirit and keep the wearer safe from evil spirits and demons. According to Wikipedia, the origins of hachimaki are unclear, but have been linked to the samurai who wore hachimaki to absorb sweat and keep their helmets in place. Early Buddhist practitioners would also tie hachimaki around their heads when engaging in strict acts of self-denial. 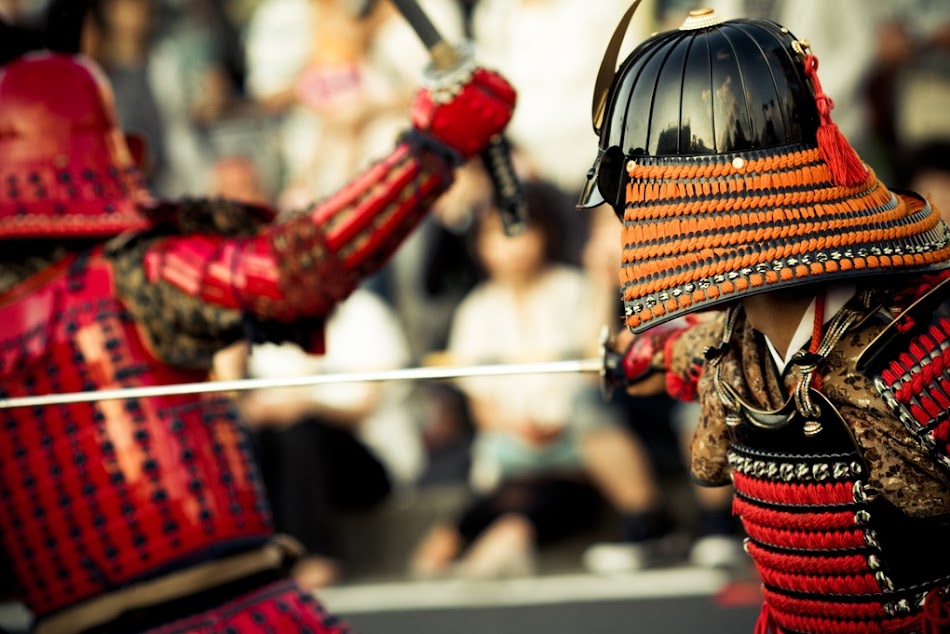 Hachimaki are usually made from a strip of white or red cloth approximately 8 centimeters in length. They may be worn flat against the forehead (thus showing the hinomaru Japanese flag design or kanji) or rolled into a cylindrical shape. If they are not plain white or red cloth, they are dyed using a special technique called arashi shibori, which is roughly translated to “storm tie-dye.” Shibori is similar to tie-dying, but the technique is slightly different. The arashi diagonal pattern is accomplished through a special method of folding that differs from the traditional Western method of bunching up fabric and tying it up with a rubber band, then submerging it into the dye. 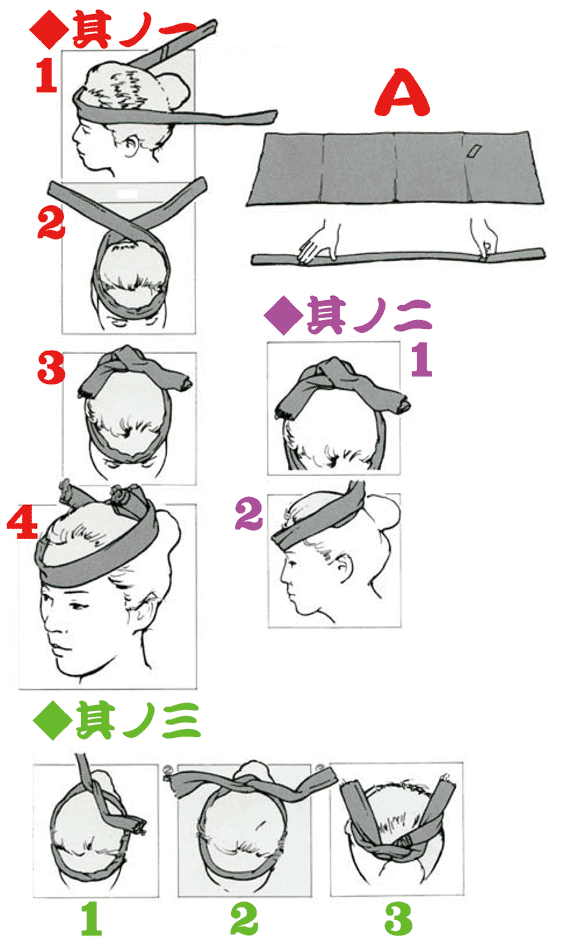 Since wearing a hachimaki is believed to strengthen your spirit, the proper use of a hachimaki would include during a strenuous workout (such as martial arts training), or before undertaking something that will challenge your perseverance and determination (a student taking a standardized entrance examination for college). Wearing a hachimaki symbolize a change in mood and personality that you must make in order to accomplish something. World War II kamikaze pilots would frequently tie white hachimaki around their forwards before taking their final flight. It was also not uncommon to see Japanese soldiers wearing hachimaki before making a bonsai attack. 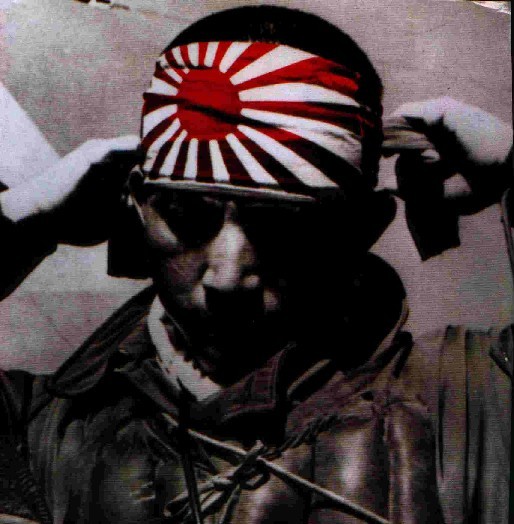 Traditional hachimaki can be easily purchased in Japan. However, for a more authentic version outside of Japan, you can easily make your own by buying white or red cloth, and cutting it into a straight, even strip of approximately 8 centimeters in length. In the center, you can write or paint your message or image and then when it is done drying, tie the ends into an “X” shape behind your head. 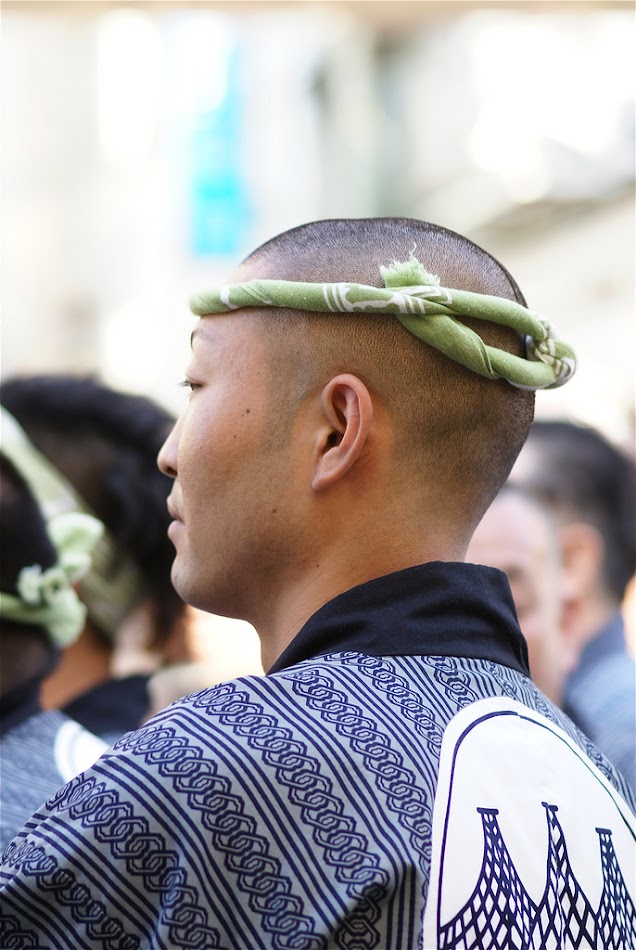 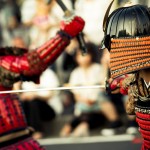